news102 politics8
Across Poland, thousands of people have taken to the streets this afternoon to protest against changes to the law that would see an outright...

Across Poland, thousands of people have taken to the streets this afternoon to protest against changes to the law that would see an outright ban on abortion – even in cases of rape, incest or severe foetal abnormality. Dubbed the Czarny Protest, it’s understood that as many as six million women missed work today as part of a nationwide strike aimed at highlighting their displeasure at the proposed changes. If passed, the new law would make abortion punishable by up to five years in prison with sentences also handed out to those assisting in the abortion process. 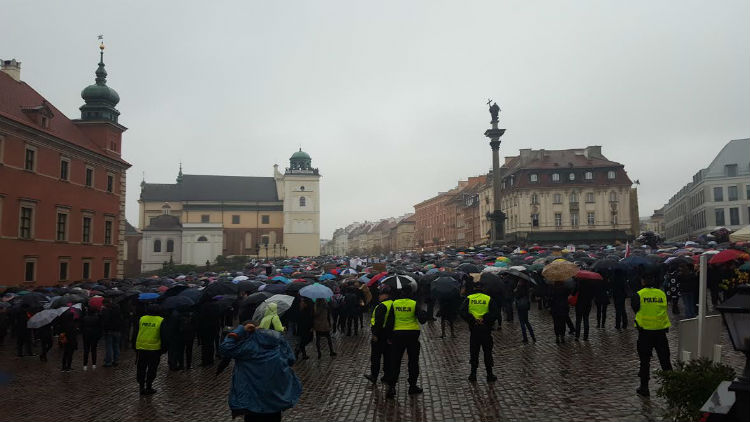 Despite heavy rain, early reports suggest that the inclement weather has done little to keep tens of thousands of protestors off the streets of Poland’s major cities. In Warsaw, it’s believed that approximately 20,000 people have gathered at Pl. Zamkowy. Others unable to make the various marches registered their solidarity by wearing black to work. The cause has also gathered support from abroad, with similar demonstrations held internationally, most notably outside the HQ of the European Commission in Brussels. 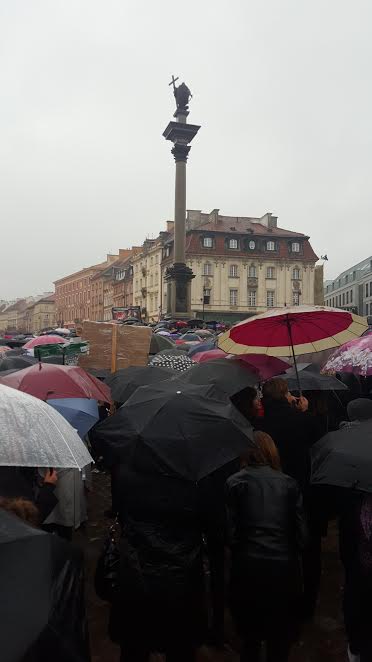