Poland’s biggest tourist trap? Certainly! But there’s a reason Kraków’s cobbled streets sink each summer under the collective weight of the visiting planet. A city of bewitching beauty and intriguing history, few places on earth possess the same magic potion that makes Kraków so special… 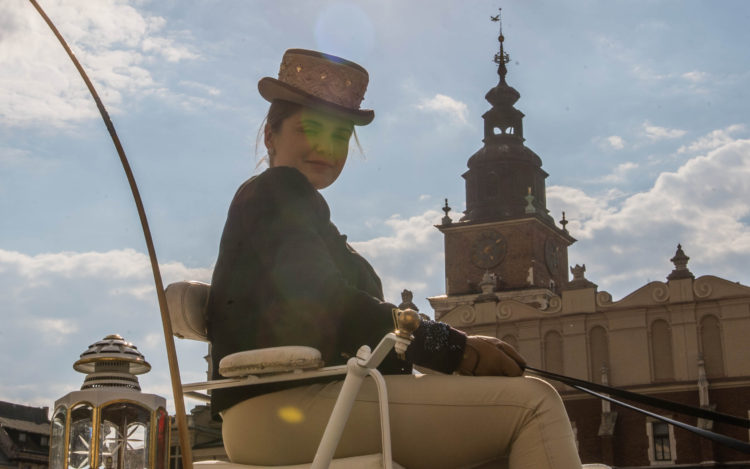 Home & Away
Trains run frequently with the Pendolino whizzing to Kraków in just under two and a half hours. Bought on the day, first class is a whopping zł. 230 though ample discounts are there to be had when booked in advance. Alternatively, there’s a few older trains that aren’t that much slower but a hell of a lot cheaper – scout about on pkp.pl for the option that suits. 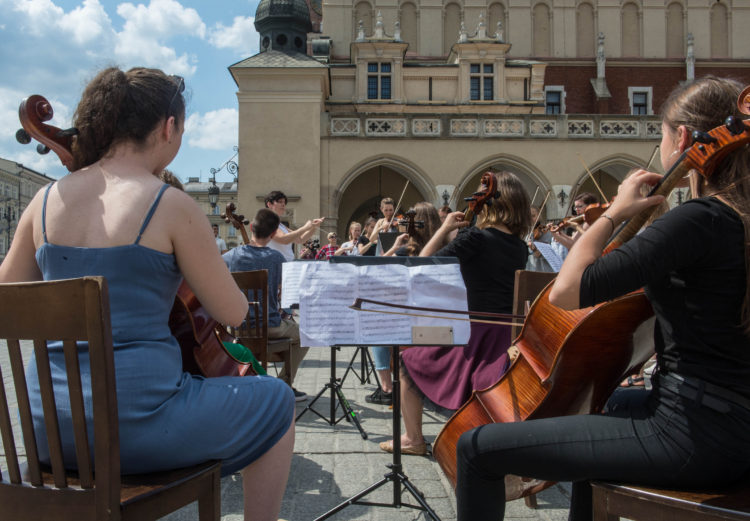 Bed & Board
There are times you suspect that Kraków has more hotels than the rest of the world put together: frankly, the choice is immense and covers every angle. For this trip, the Insider hit the bull’s eye and stayed at Kanonicza 22, an extravagant residence that climbs the highest peak of special. 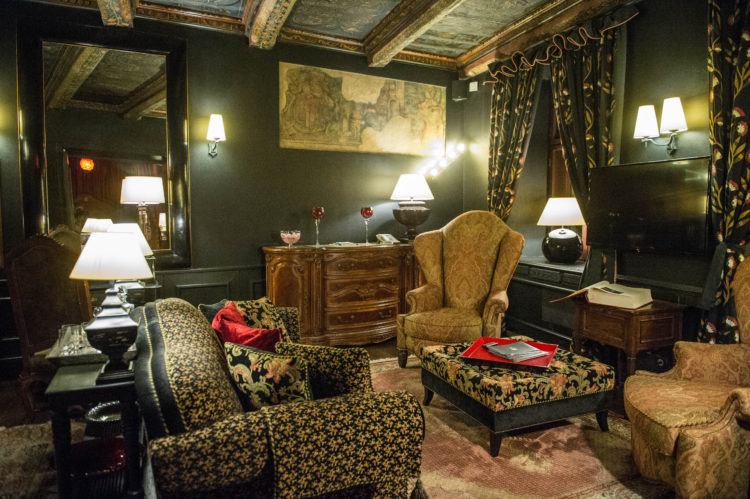 For wallets that are a little lighter, the Indigo is the definition of on-trend, eclectic luxury: all yours for less than zł. 500. Inching down the scale, the new Puro Kazimierz is a chic, design-forward spot that’s a great deal for under 300 zeds. For more independent travelers, Parkside Apartments have a host of modern, high-end flats with some going as far to feature a roof-top jacuzzi and private sauna.

Hit or Miss?
We risk being charged with treason for saying so, but save Wawel Castle & Cathedral for another time. The ancient home of Poland’s monarchs, this magisterial complex is as spellbinding inside as it is out – but the height of summer is not the right time to visit. Look, it’s not going anywhere: save it for the low-season. 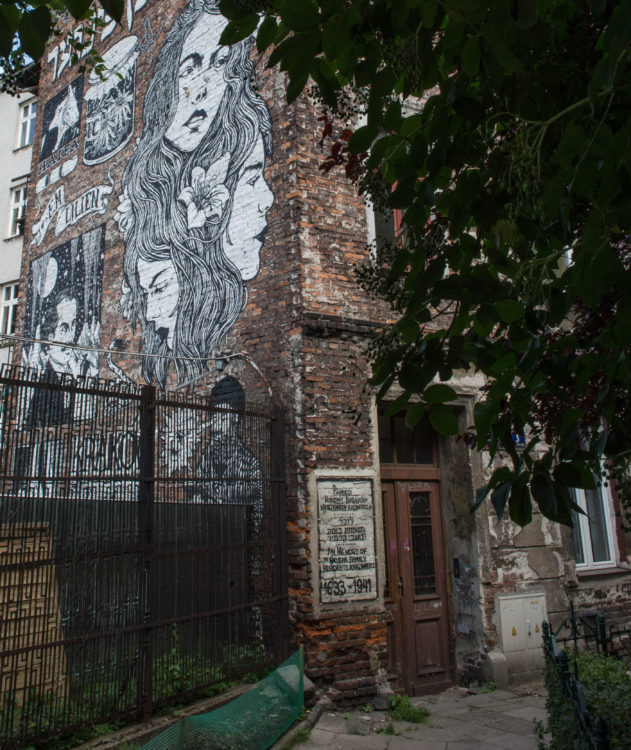 Having chalked off the Old Town, visitors gravitate towards Kazimierz, the atmospheric former Jewish district which was at the center of the city’s post-communist creative resurgence. Riddled with independent galleries, antique stores and cafes, it represents the very essence of Kraków’s arty soul. 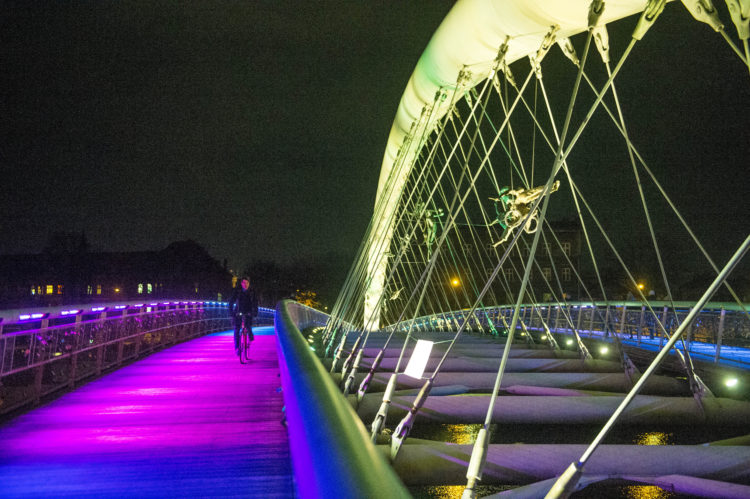 Illuminated to showstopping effect, the Bernatek Footbridge connects Kazimierz to Podgórze, an upcoming area that’s best-known as the one-time home of the Jewish Ghetto. Here, life under the Nazis is remembered at the Pharmacy Under the Eagle and the Schindler Museum. 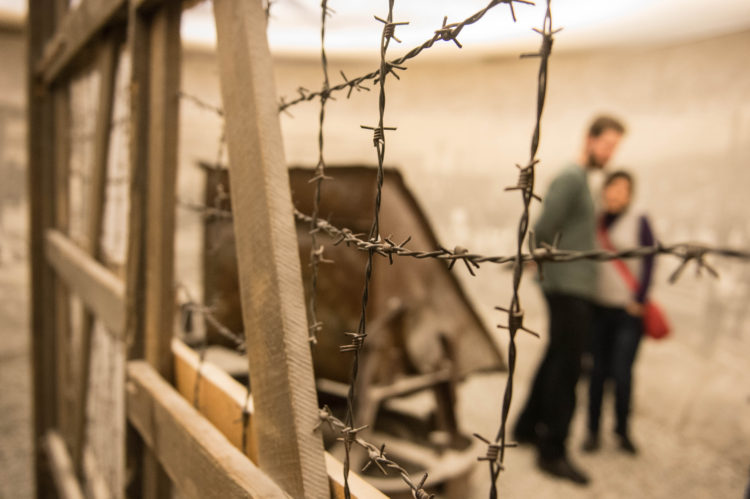 State of the Art
There’s said to be around 2.5 million works of art in the city, with the most famous found in the National Museum: with only five other cities in the world touting their own Leonardo da Vinci, it’s no surprise to learn that the museum’s Lady With An Ermine is regarded as one Kraków’s biggest boasts. 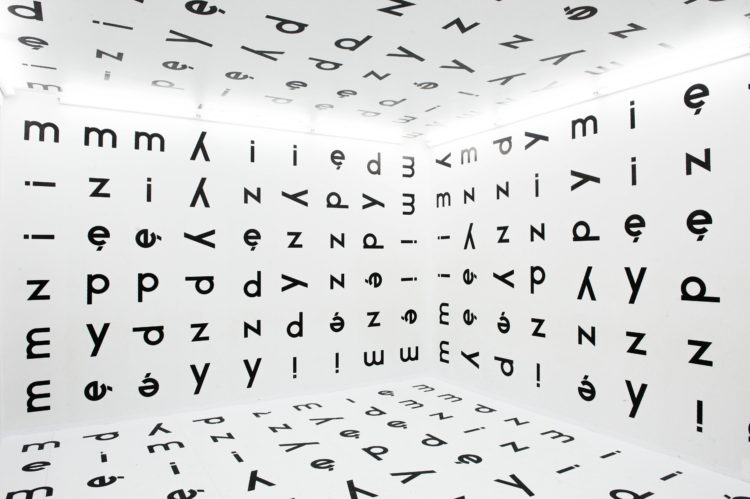 A complete departure from traditional forms, MOCAK is by far the most captivating contemporary gallery in the country: even those with an aversion to art are thrilled by its utterly madcap exhibitions. Street art, meanwhile, has boomed; to know where to go, check the interactive map at: click here!

Top of the Pile
Kraków has five man-made hills to conquer, the eldest (and tallest) of which is the 16-meter high Krakus Mound. Thought to mark the final resting spot of the city’s mythical founder, sunsets here are a strangely spiritual experience. 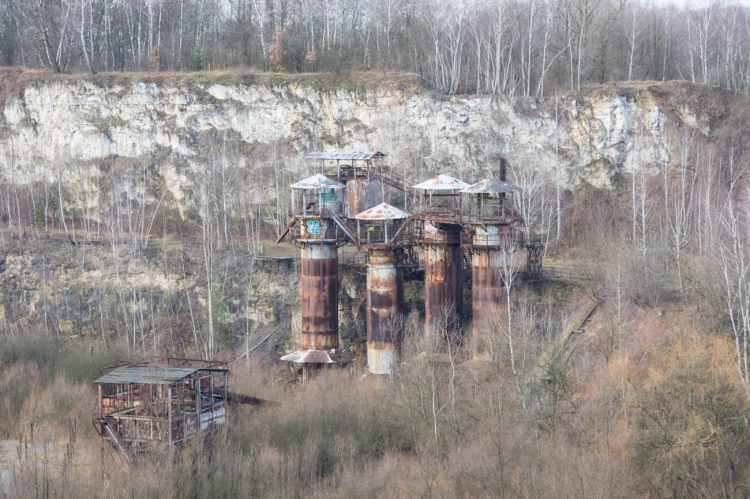 Close by, head deep into the Liban Quarry to find the rotting vestiges of Spielberg’s set for Schindler’s List. With filming banned at Płaszów, the director used this spot to build a replica of the concentration camp. Though eaten away by nature, remnants have survived, including a pathway made from fake Jewish tombstones. It’s a must for urban explorers.

The Ugly Duckling
Built on the instruction of Stalin, Nowa Huta became one of only two cities in the world constructed entirely from scratch. Using the socialist realist style sanctioned at the time, the results were more dystopian than utopian. Now absorbed into Kraków, a walk through its colonnaded boulevards teleports you to the times Big Brother meant something even worse than reality TV.

At Nowa Huta’s heart, the Museum of Poland Under Communism does a cracking job of capturing the paranoia of the time. For a more personal approach, book Crazy Guides to burp around town in a Trabant whilst listening to anecdotes from the time. Tours conclude by poking around a grisly, old apartment preserved in time.

The Big Buy
If you’re a bookworm, it’s worth heading to Kraków for no other reason that to browse the shelves of Massolit, a used English-language bookstore whose shelves creak under the weight of over 20,000 tomes – intelligent titles focusing on gender issues, Jewish history and political studies are a forte, though lighter reads are available.

For upscale fashion, Kraków’s version of Vitkac is Pasaż 13 (it’s owned by the same family, in fact), a stunning department store set in a restored tenement featuring uncovered frescoes and excavated finds. As for something alcoholic? Head thee to Szambelan, an enchanting little shop selling homemade elixirs and tinctures inside a space that looks like Dumbledore’s workshop. The ‘try before your buy’ philosophy ensures shopping ain’t never been this fun.

The Food Front
Improving. The Old Town is still heavily rigged with restaurants aimed with one-time visitors in mind, but there are diamonds in the rough. Recommended by the Michelin guide, Pod Nosem has a modern Polish-European menu with cleverly adorned plates served in an atmospheric dual-level space: if it’s raining, head to the medieval cellars to dine amid tapestries and devilish statues.

On the opposite end of the scale, the Irish-run Milk Bar Tomasza serves hearty, budget Polish classics (and a British breakfast to be reckoned with!) with ingredients sourced daily from the local farmers’ market. Atavistic urges can be satisfied at the Ed Red steakhouse and Rzeźnia, with the latter specializing in boards of ribs that max out at 2.5 kilos. 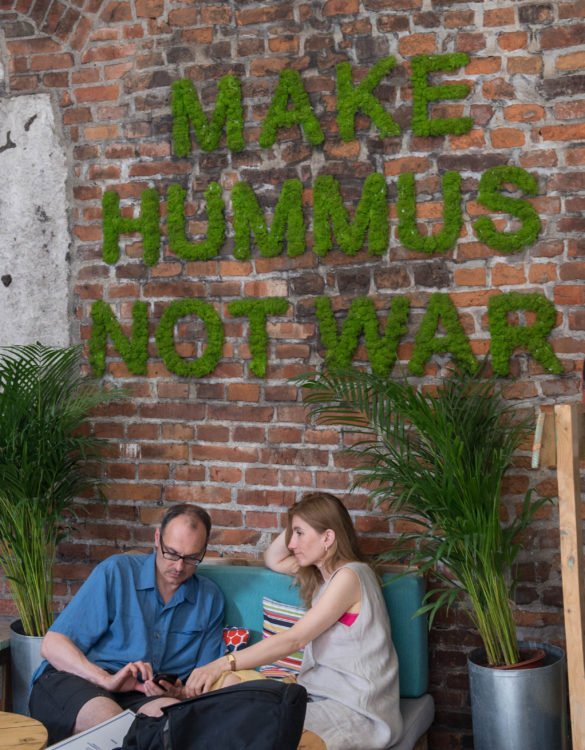 Elsewhere, Kazimierz has a wealth of neo-hipster inspired spots such as Zazie Bistro and Zenit Miodowa 19. Pushed to name a fave, that’ll be Hamsa, a self-styled ‘hummus and happiness restobar’ with an enclosed garden clad in greenery. Most of all, don’t miss Tytano and its multifarious range of ethnic options.

Something Wet
Stick to the Old Town and you’ll end up drinking shoulder-to-shoulder with Brits leering about “the tits on that barmaid”. Instead, look a little further afield. Despite its ongoing gentrification, the former Jewish district of Kazimierz is honeycombed with great evening options. 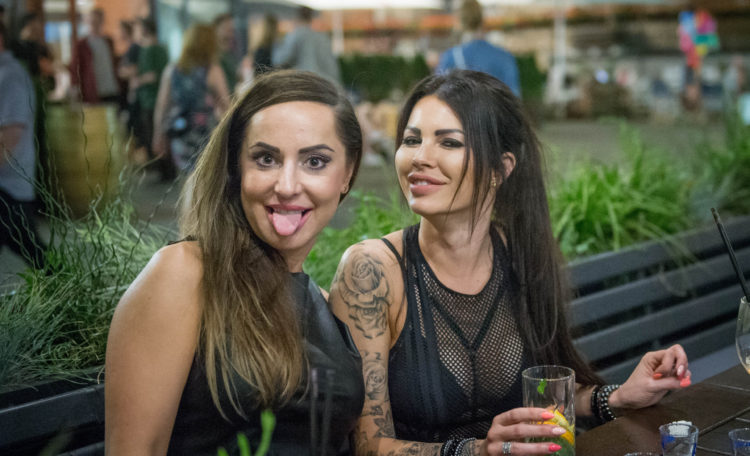 Some are superior to others, and while Singer, Esweria and Alchemia have been well and truly outed by the guidebooks, they retain a creaky, cobwebbed charisma that’s representative of the area’s Bohemian heyday. Housed in a prayer hall decorated with peeling frescoes and glam chandeliers, Hevre has emerged as one of the livelier nights in the district. 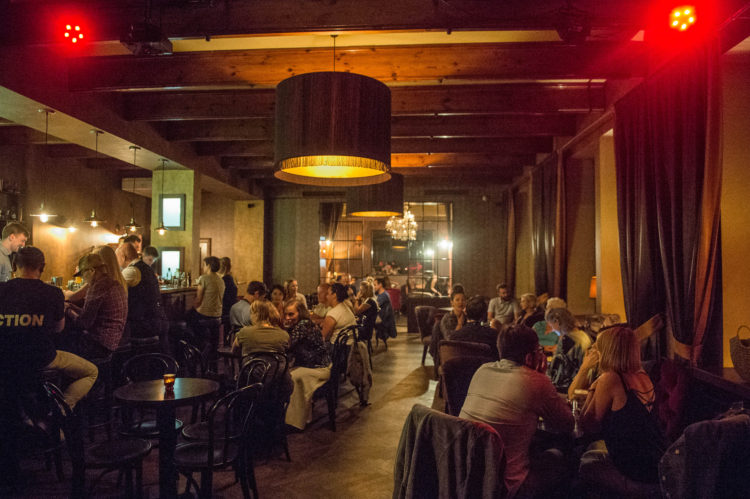 A riverfront legend, Forum Przestrzenie is noted for long summer parties and a quirky location inside an abandoned Soviet-era hotel, while Mercy Brown frequently features in polls that rank the country’s best cocktails: marketed as an inter-war speakeasy (book your table ahead of time), our visit saw the coolest kids in town knocking elbows with blue-rinse oldies and ‘larger than your average mammoth’ transatlantic tourists. Seemingly democratic in their door policy, the curious mix of drinkers does wonders for the overall ambiance (Warsaw door selectors: take note).

Miss It & We’ll Kill You!
If, likes us, you revel in the capital’s superiority over Poland’s second city, then prepare to feast on humble pie. In the shape of Tytano, Kraków has what’s hand’s down the most epic example of the nation’s ‘going out’ revolution. 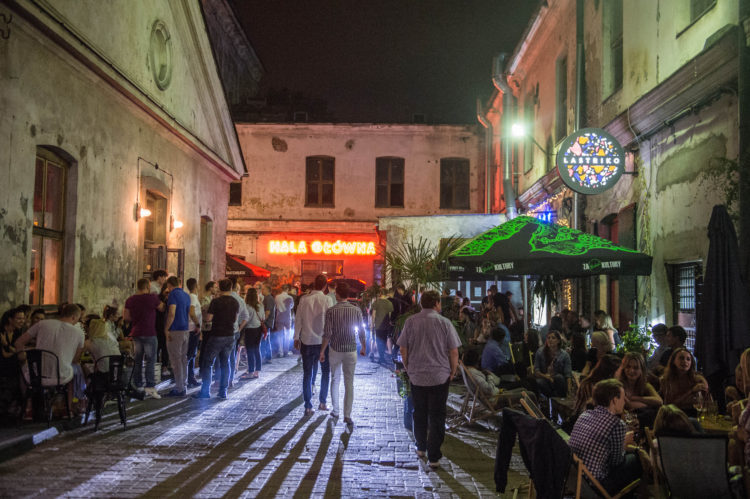 Housed in a derelict factory complex, find a maze of bars, restaurants, clubs and hangouts that operate way into the night. Hallmarked by its good-natured pandemonium, let an evening here include a trip to Veganic for fab vegan dishes, craft beer at the 25-tap Weźże Krafta, and cocktails at Lastriko – but that’s the tip of the iceberg. 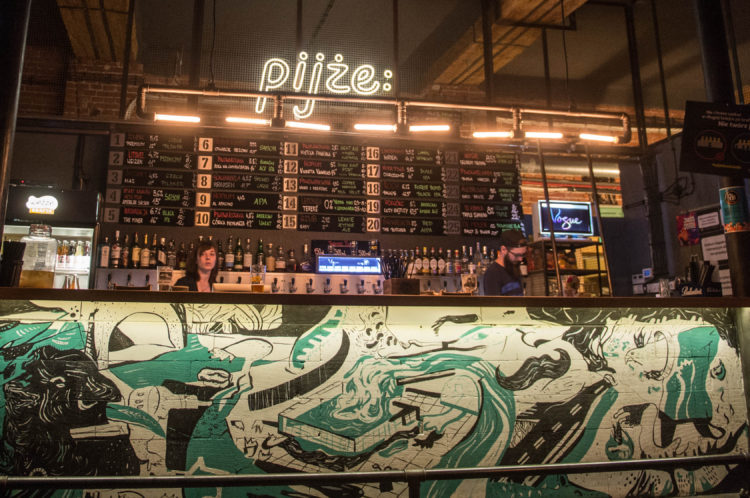 Think Nocny Market, Poznańska and the Wisła, then multiply the atmosphere and choice by the power of a hundred. Seeing is believing: go there.