I’ve been in love with the work of Mirella Von Chrupek ever since accidentally bumping into the artist last year as she tended to her ‘gablotka’ on Marszałkowska 43. Had I not seen Mirella herself, resplendent in polka dots and candy floss pink, there’s a good chance I would never have noticed her work: a healthy candidate for Poland’s smallest exhibition space, this tiny display case was once used by a cobbler who conducted business from the courtyard inside. 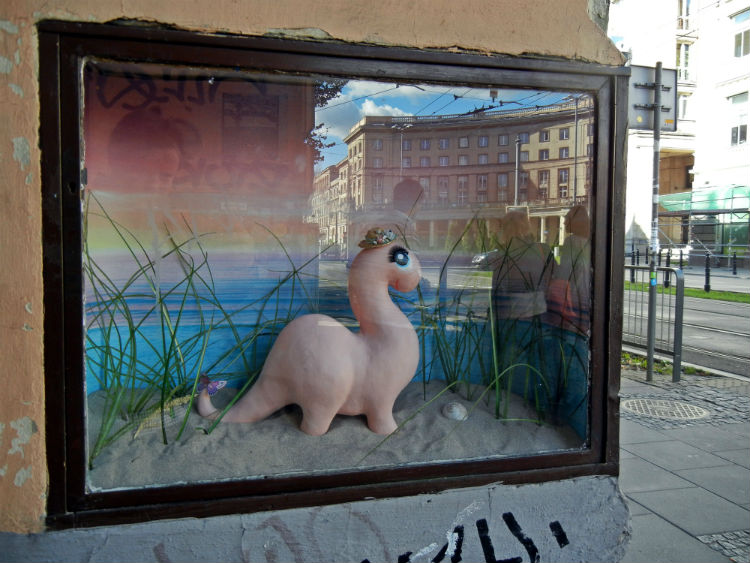 Mirella takes up the story: “the shoemaker used it to show off his wares, but after he moved address and the box sat empty. Well, to me, it seemed like a good place for small exhibitions. I wanted to create a magical little world, something like a theater or an aquarium in which you could peer into and marvel at miniature worlds.” 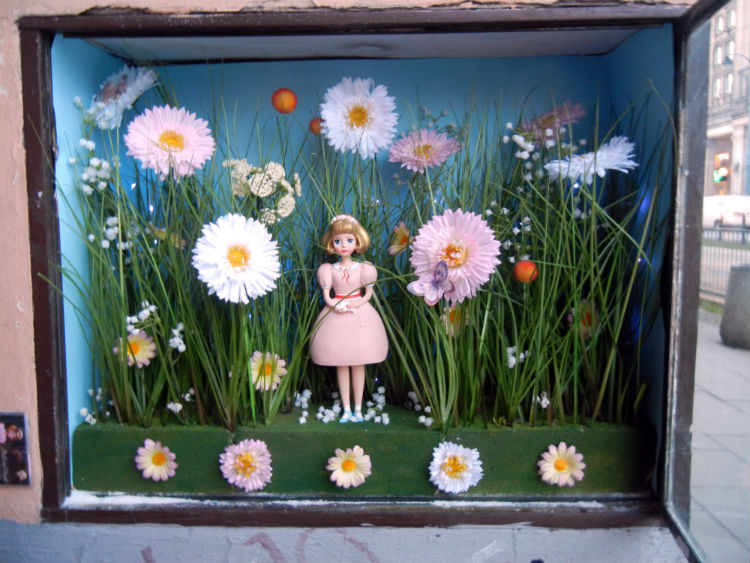 “Moreover,” says the artist, “I wanted to create something that added a bit of color and cheer for people on their way home. I wanted to demonstrate that something seemingly trivial could bring a smile to people’s faces.” 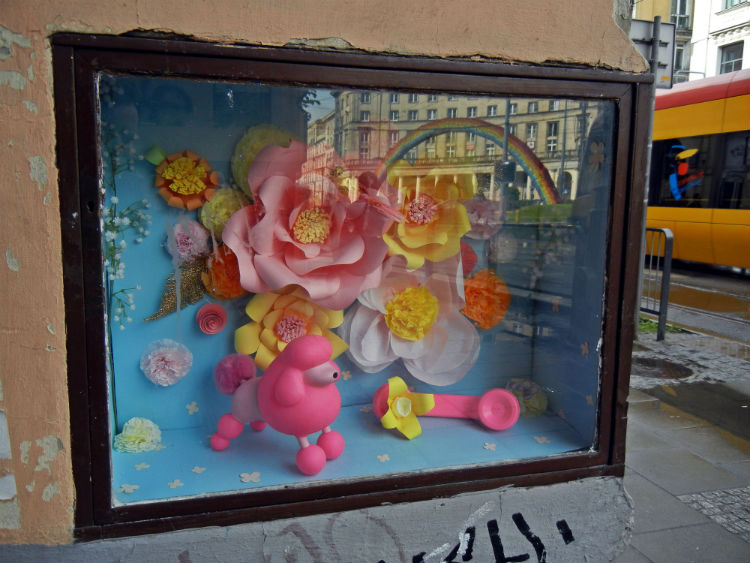 And that’s exactly what she’s done. Since first renting the box from the city, she’s installed six different displays: the current one, dating from January, presents a hairy yeti who ‘went for a winter walk.’ Is a seasonal update on its way? We would certainly hope so… 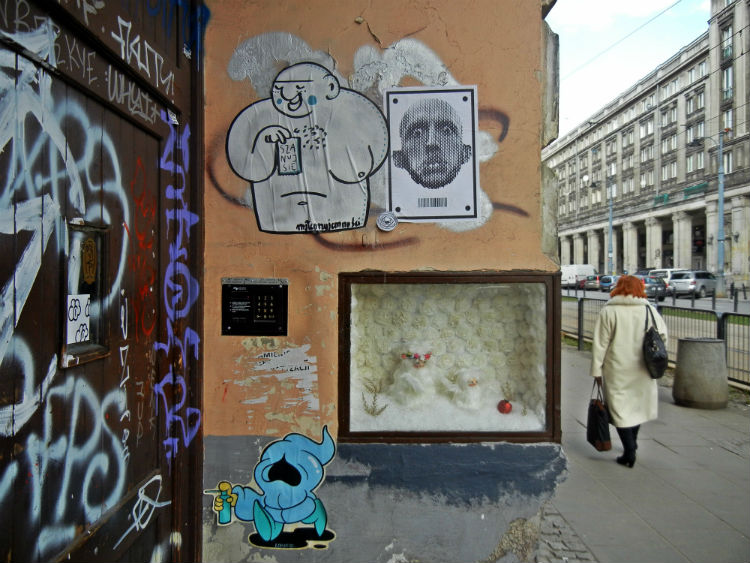 For more on the artist, visit her website at: vonchrupek.com