In Ochota, you’ll get something of a French lesson. Repeat after us: j’adore La Buvette…

Vibe
La Buvette sits like a hidden gem nestled on a charming street that radiates off Stara Ochota’s Pl. Narutowicza. Tree-lined and looking like a cloned version of a picturesque arrondissement of Paris, it’s a pleasure to sit on the terrace, a feeling more akin to a cruise up the Seine. 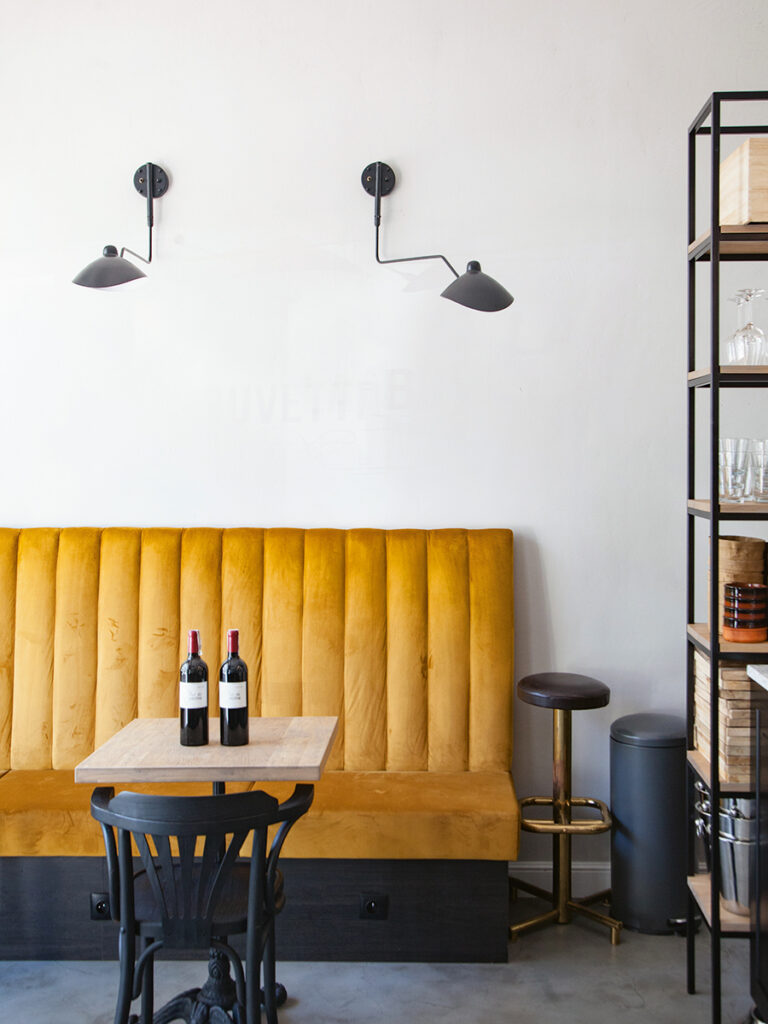 Equipped with glass of wine in hand – and often a small dog perched on their lap – it’s an atmosphere that’s struck a chord with the punters, as well. Come evening, it fills out as friends converge for an aperitif before cherry-picking their way through morsels of meat and wooden planchettes decorated with some of the planet’s best cheese. 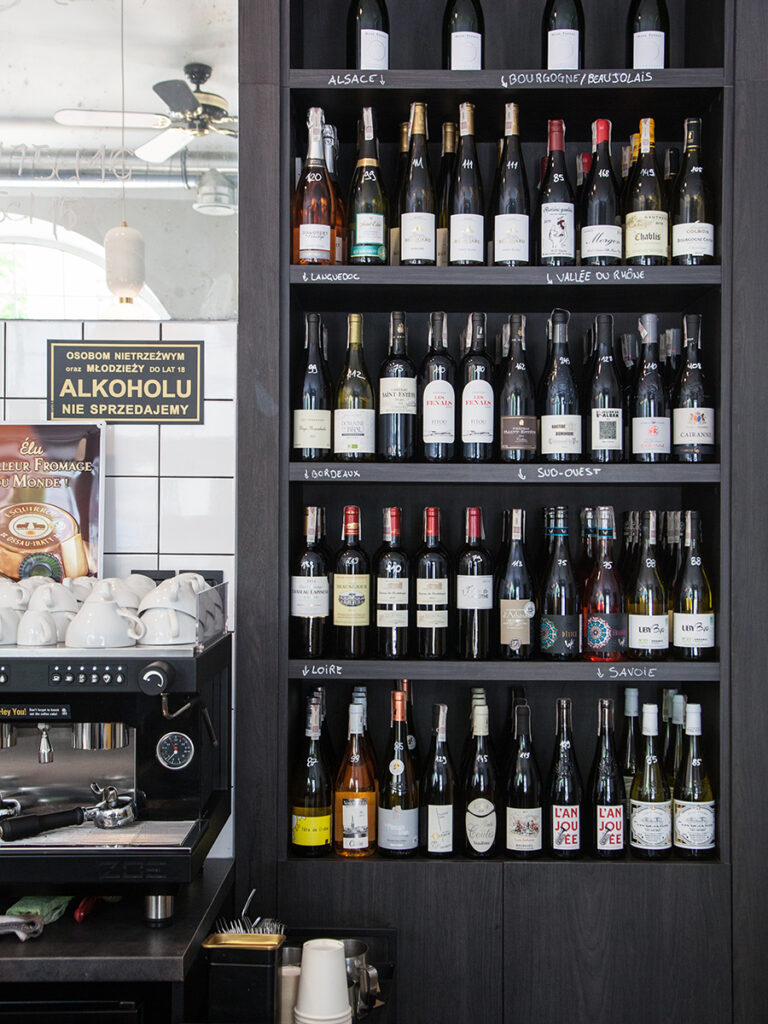 Good To Know
The menu is small, consisting of authentic French produce that turns out to be mainly cheese and meat. There are no mains to speak of, but their signature planchettes more than do a job alongside the few tartines and salads. Small assortments of jars and other French products are on offer as well, not to mention a curated choice of wines. Do check their hours ahead of time, as these have been recently subject to change.

What To Order
Say cheese! Co-owner Harold, from Strasbourg, prides himself on his deli case. “These cheeses are what I grew up with in my own fridge,” he says. Clearly, this is a guy that gets a buzz from introducing guests to bites they’ve never tasted. “You can learn more about France’s regions through its cheese than you can through its wine,” he continues, and it’s his passion that really shines through. 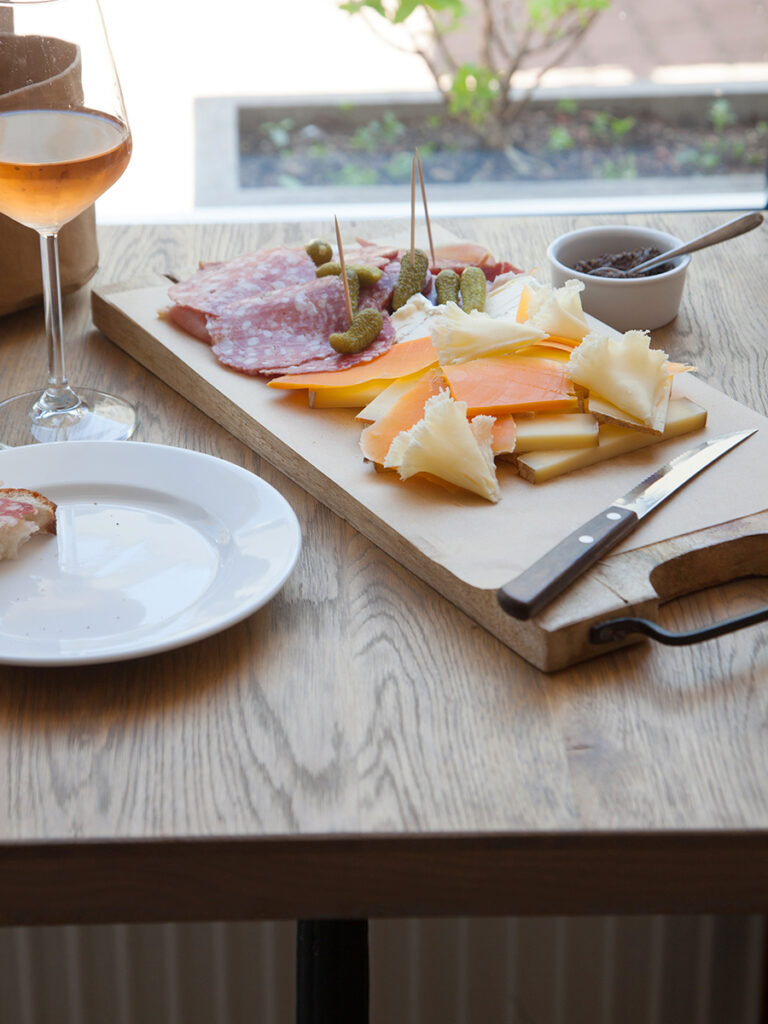 Meet The Owners
That’s Harold and his Polish partner Natalia – having worked the corporate grind, they’ve opted to follow their dream of opening a joint that feels community driven. At a glance, you realize that this goal has already been met. 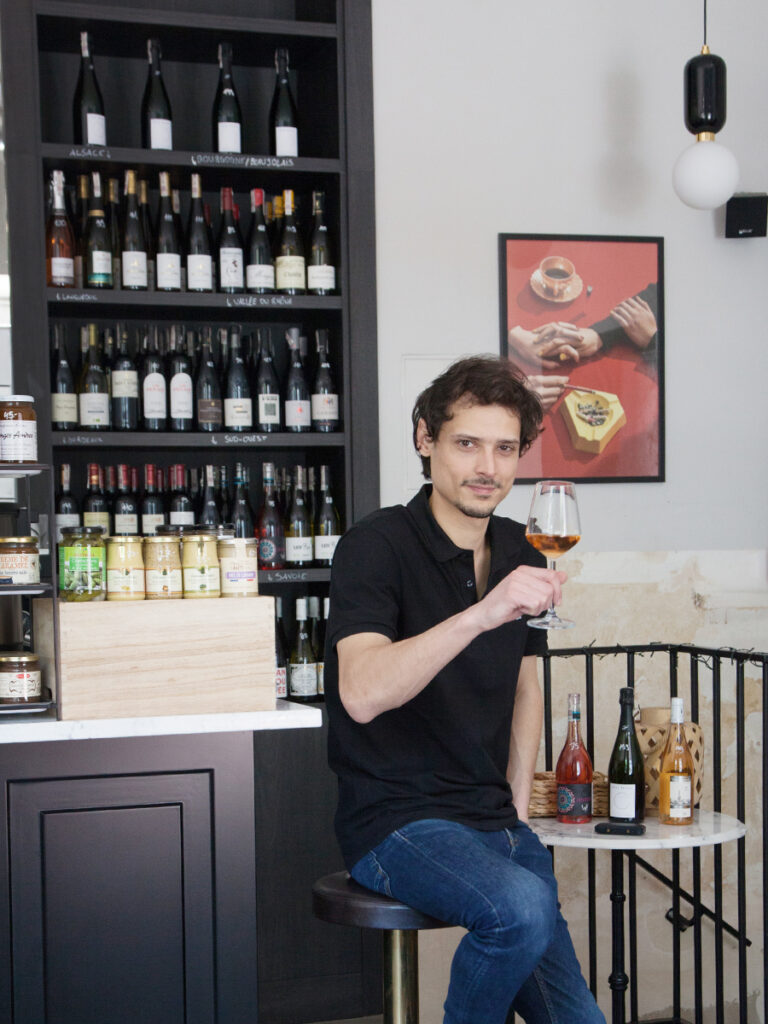 All-Star
French products speak for themselves, but what really comes through are the things that money can’t buy – conversation! The sincerity and passion of the proprietors is a standout, with the couple eager to share their expertise with guests. Leaving, it’s not just bundles of new knowledge that you depart with, but a sense of genuine human warmth. 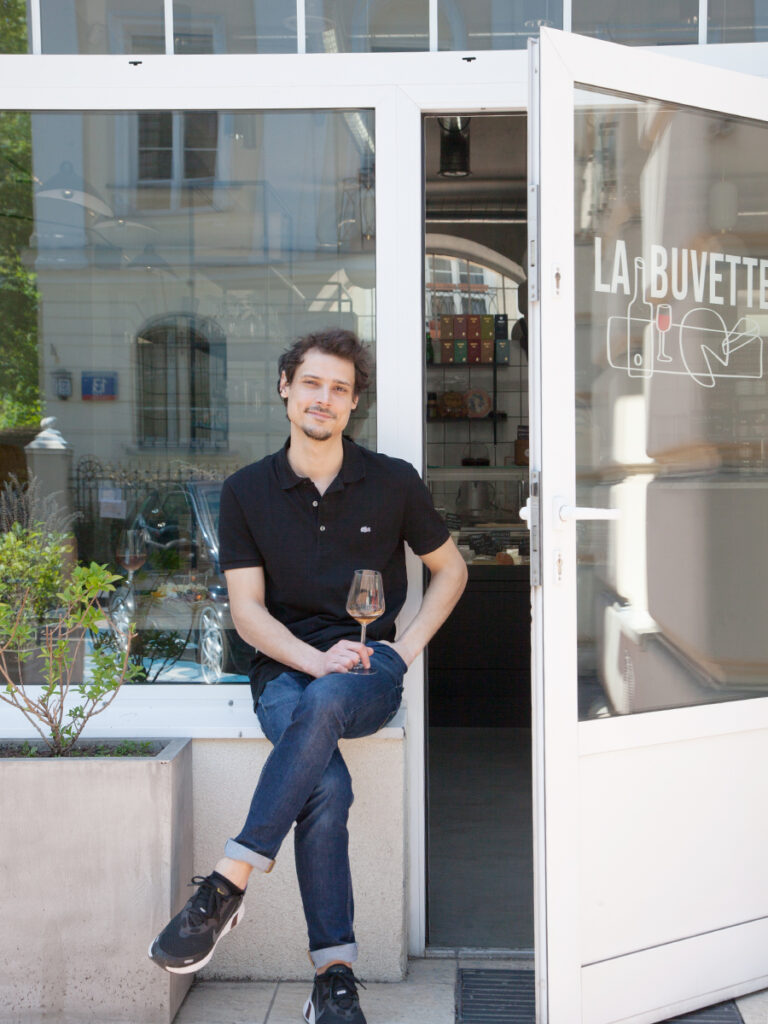 We Ate
An artfully presented board with a knife stabbed upwards in the signature style of an exclamation mark – POW! 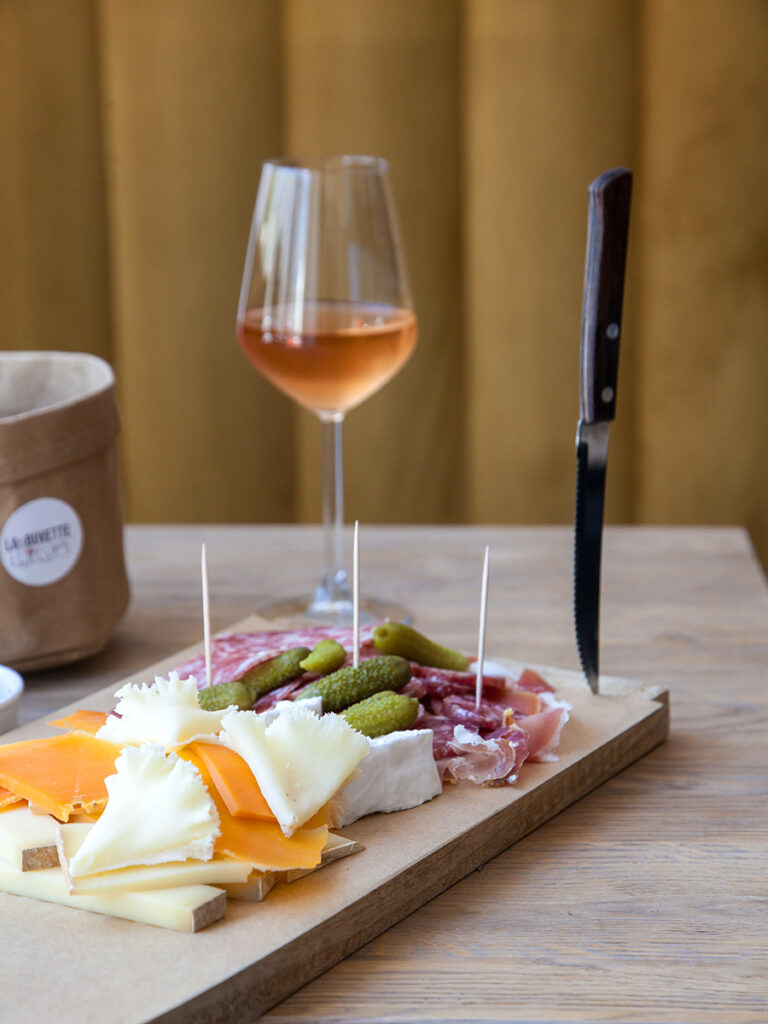 Mimolette Extra Vielle
Aged over 18-months with a distinguishable carrot-like color, this cheese has a full-rounded flavor and with small explosions of salt set on a sweet caramel-like background. 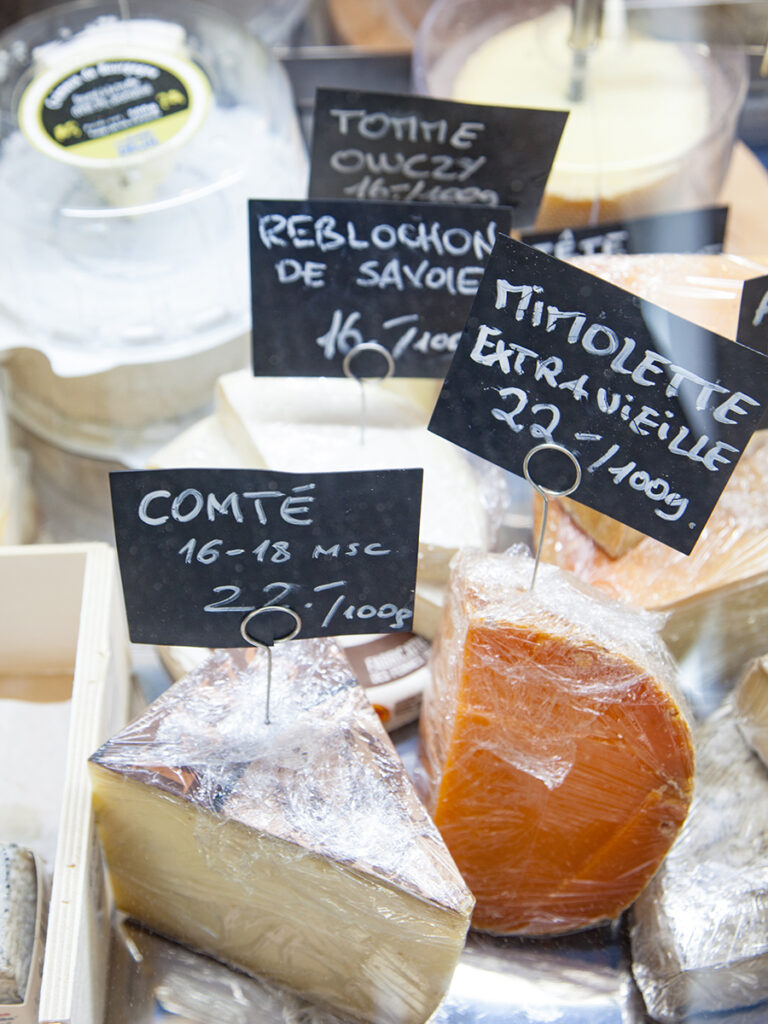 Brillat Savarin with Truffle Triple Cream
Semi-soft cheese infused with truffles. Features a velvet-buttery texture that, when smeared on a crunchy baguette, is enough to send you to far-flung places.

Tête de Moine (Monk’s head)
A semi-hard cheese scraped in a circular rotation on the top which produces small florets which are so lush and delicate that they melt in your mouth.

Saucisse Perche
A small red pork sausage speckled with fat that’s recognizable by its u-shape which comes from being cured on poles.

Ham from Aveyron
Sliced ham with a gorgeous marbling and an intense, full flavor. 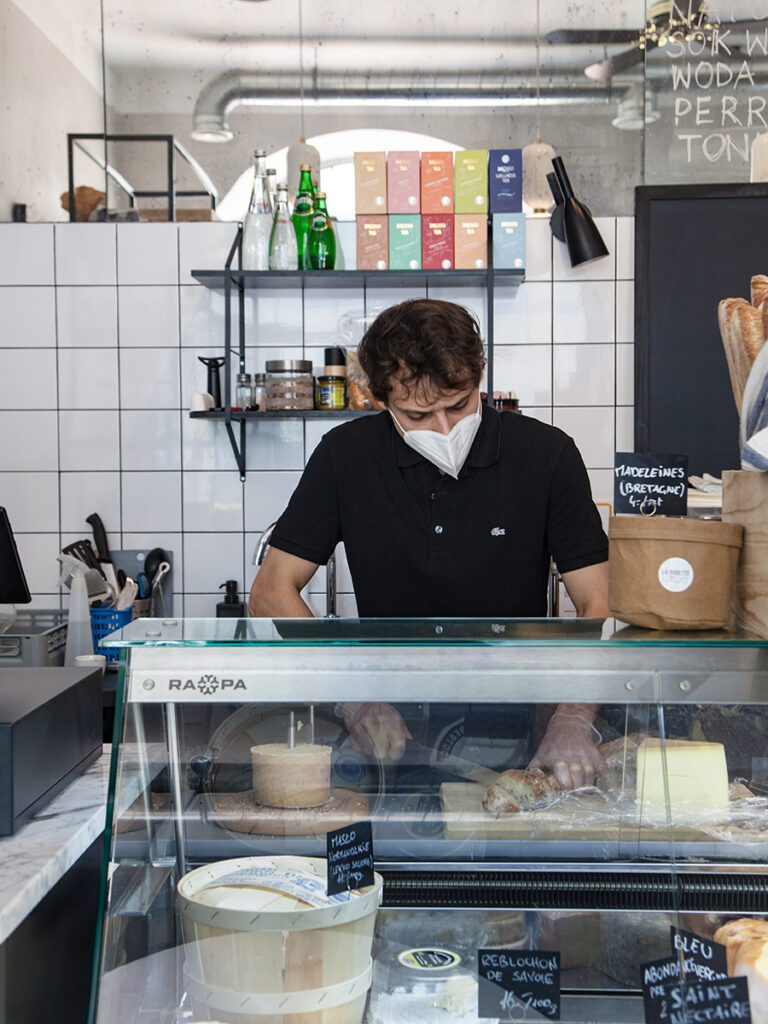 We Drank
Côtes-de-gascogne
An elegantly balanced rose with delicious notes of strawberries, raspberries and melon.