You’ve all heard how Warsaw was once called the Paris of the East, but what you might not know are there jillions of other nicknames and monikers the locals have for their landmarks and areas…

Beijing
Designed in 1963, but completed only in 1974, the Przyczółek Grochowski estate was the work of Oskar and Zofia Hansen, a pair of architects known for their open form. Inspired by the plight of Oskar’s sick mother, who at the time was virtually stranded in her high-rise due to the erratic workings of the lifts, the Hansens designed a low-lying, inter-locking set of buildings: 1.5km long, and broken in 22 places. 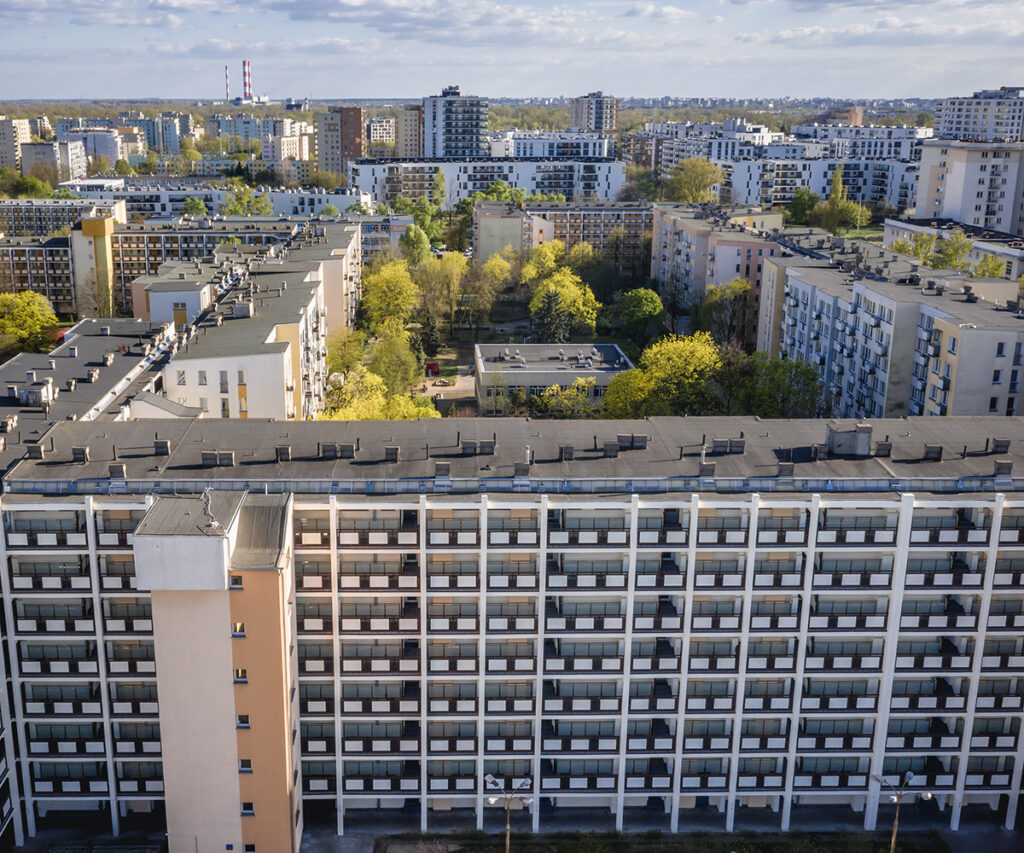 Soon, though, noise and crime concerns led to both windows and galleries being sealed and barred, destroying the original aesthetic and social vision. Home to 7,000 people, it wasn’t long before Hanson’s bold blueprint was dubbed Beijing due its general overcrowding.

The Wola Colosseum
Composed of two derelict rotundas, and widely known as ‘Wola’s Colosseum’, the twin giant gas tanks that stand just beyond Zachodnia station surely merit a feature in any rundown of Warsaw’s Seven Wonders. 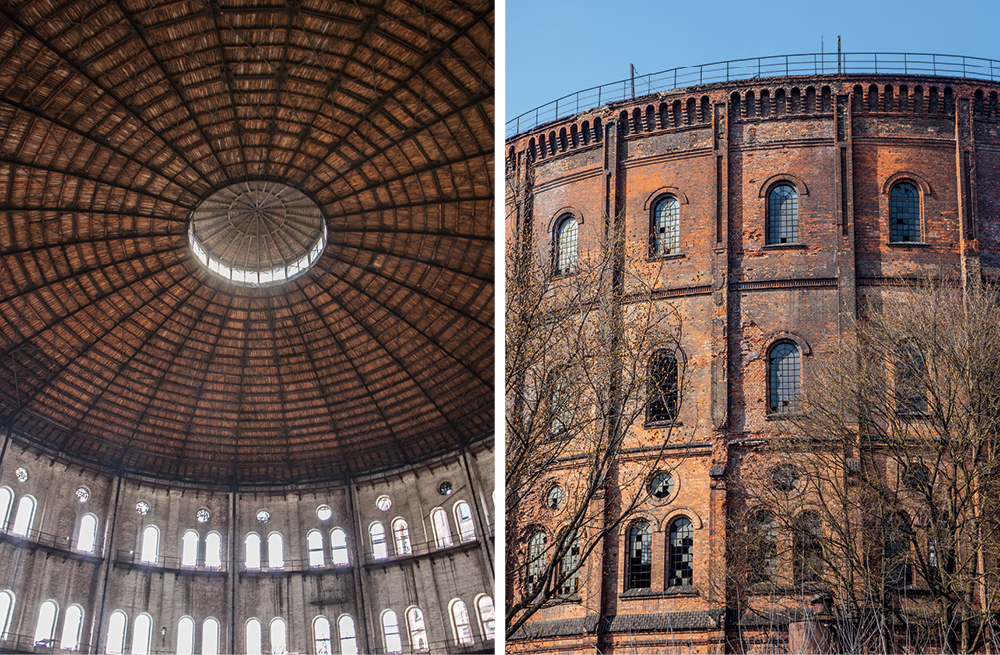 A spooky flashback to the Industrial Revolution, the unofficial moniker makes even more sense when you break and enter – with shafts of light streaming through the windows, the effect isn’t unlike happening upon some ancient marvel: serene, surreal and slightly unsettling.

The Frying Pan
You wouldn’t have recognized Pl. Defilad in the 1990s; featuring a maze of market stalls selling junk and a grotesquely vulgar amusement park called Cricoland (star attraction: a woman that would swim with a shark!), little remains of the old days. One aspect, mind, survives: created in 1998 as a temporary thoroughfare serving those pouring in and out of the newly completed Metro Centrum, the sunken square that sits in the crook of Jerozolimskie and Marszałkowska hasn’t developed one bit. 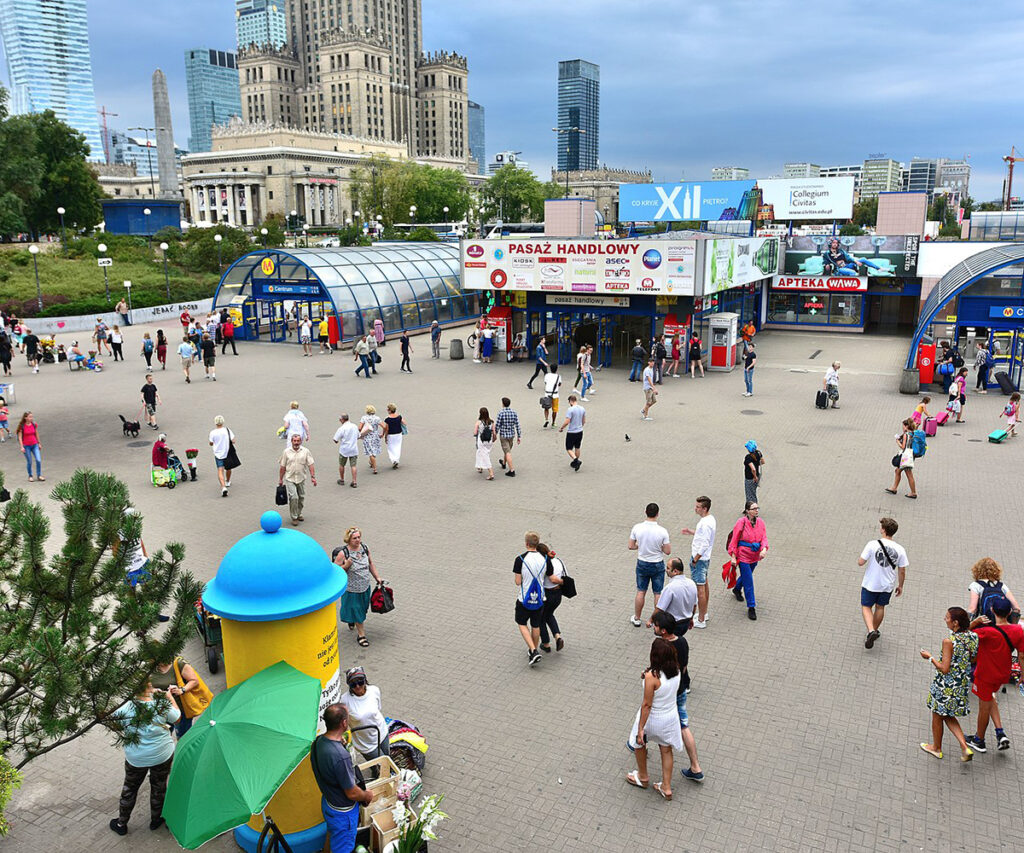 Nicknamed ‘the frying pan’ (‘patelnia’), this busy pedestrian hub teems with life attracting all from charity collectors and political agitators to shoelace sellers and buskers.

Hong Kong
For the latest entrant to our dictionary of Warsaw lexicon, look no further than the Bliska Wola Tower – just looking at it is enough to stop you in your tracks. The work of JW Construction (a.k.a. JW Destruction on account of their aesthetic style), its devastating ugliness makes it an almost surefire candidate for the title of Poland’s most catastrophic housing project. 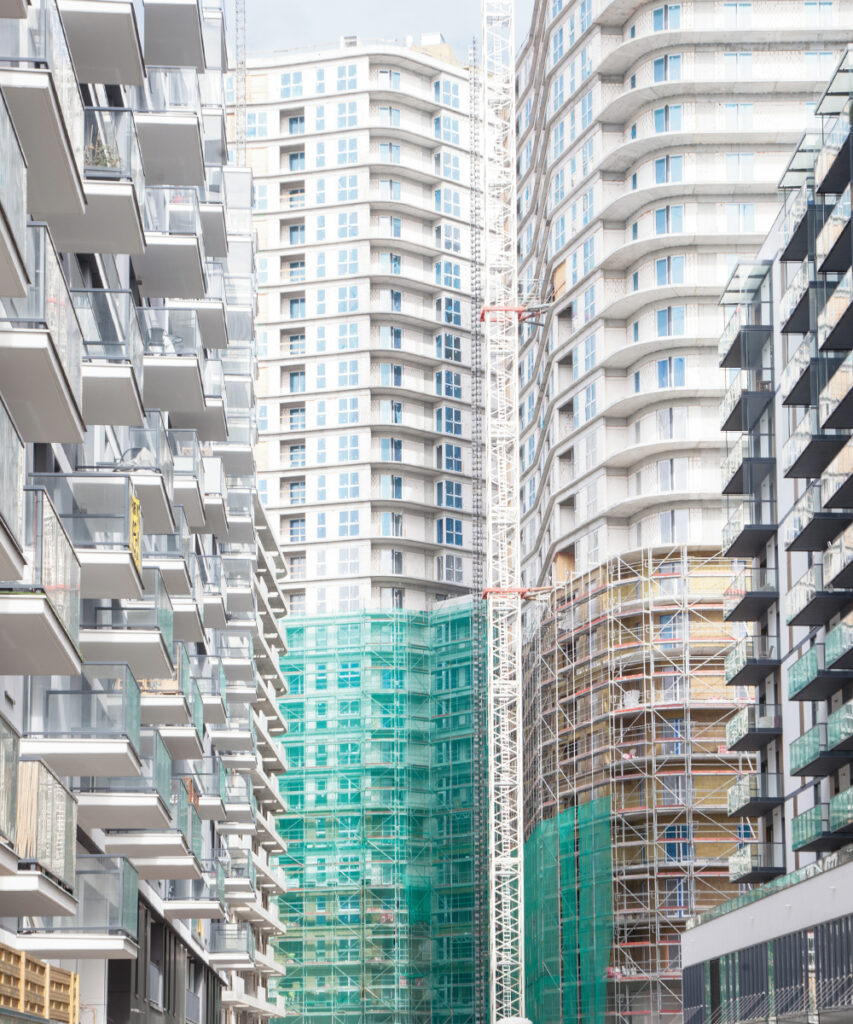 Set to house 10,000 people, many inside apartments no larger than 18 sq/m, the twin 19-storey towers have already become a hit with urban photographers looking to capture Warsaw’s grimmer side – the name Hong Kong feels more than apt.

Lemmingrad
There is perhaps no housing development that better symbolizes Poland’s emerging prosperity than Miasteczko Wilanów. Unveiled shortly after the country’s entry into the EU, detractors were quick to christen the project Lemmingrad – a dig, says sociologist Mikołaj Lewicki, at “the conformist middle classes” who made it their home. “Allegedly following the latest fads and fashions set by international corporations, these lemmings mindlessly stampede into the abyss.” 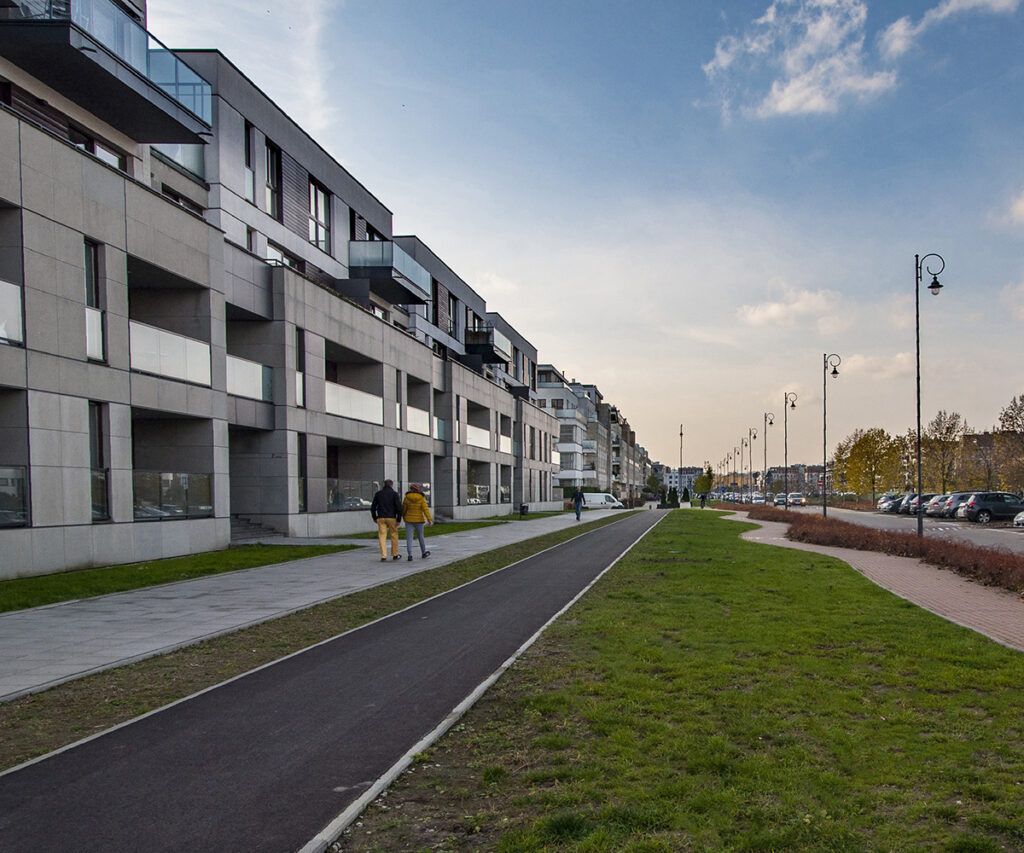 The Lemon Squeezer
Rising above Miasteczko Wilanów, you don’t need a particularly high level of intelligence to understand why locals have nicknamed the Temple of Divine Providence ‘the lemon squeezer’ (Wyciskarka do Cytryn). 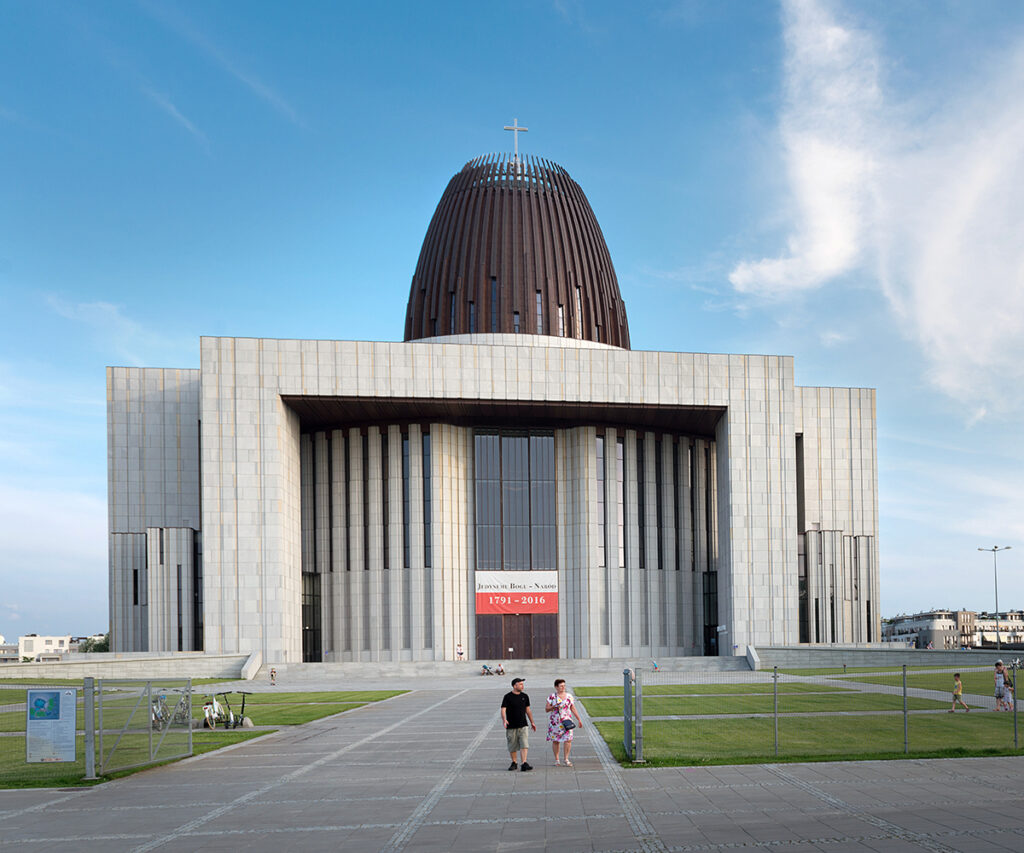 Also sometimes dubbed ‘Poland’s first spaceship’, such is the horrifying impact of this humongous religious landmark that it was awarded the title of Poland’s worst building back in 2016.

The Elephant In Lace Underwear
Sure, you could call the Palace of Culture & Science by its true name, but doing so would overlook the plethora of nicknames it’s been handed over the decades that have gone: the vertical barracks, Stalin’s wedding cake, the syringe, the Soviet Trojan horse, the eighth sister (a nod to the seven similar towers found in Moscow) and so forth. 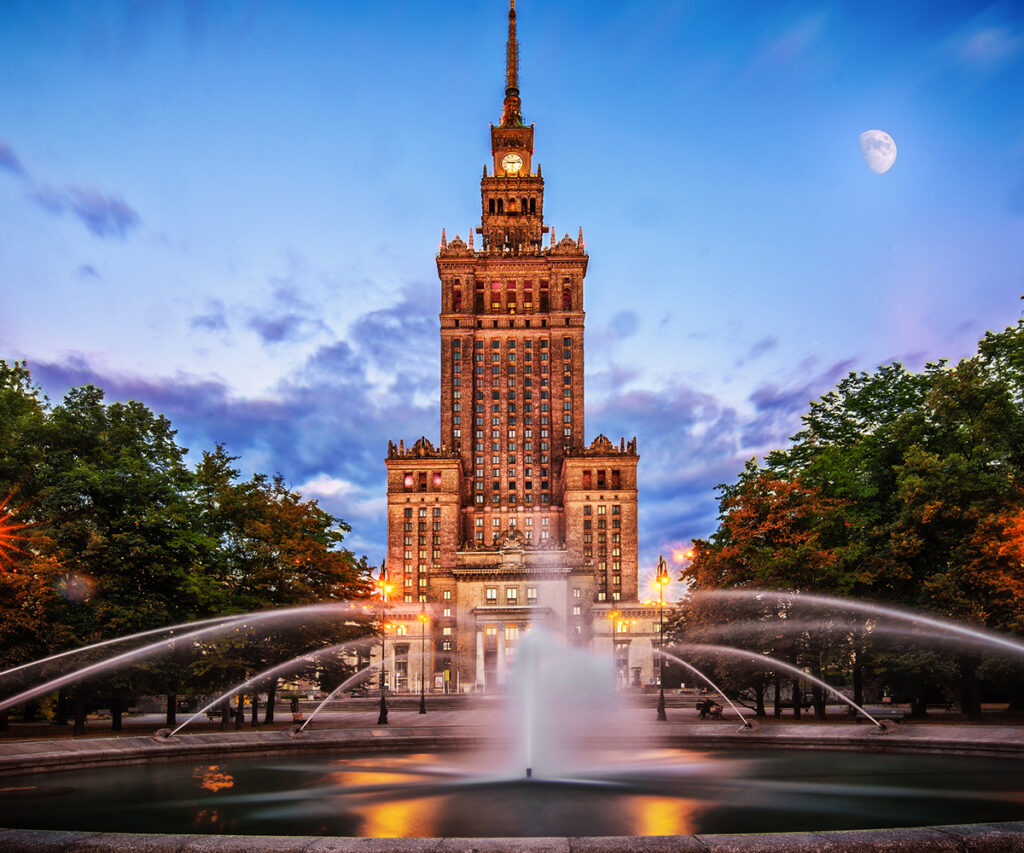 And that’s before you get to informal English nicknames such as Ghostbusters Tower. But our favorite? Possibly nothing describes its ill thought proportions and crass style than “The Elephant in Lacy Undies”.

Mordor
“Mordor usually denotes the inaccessible, hostile land in Tolkien’s fictional universe,” writes lecturer Maciej Smętkowski, “but in Warsaw, however, the term has become imbued with another meaning: it defines a suburban office district and a nightmare for over 100,000 commuters.” 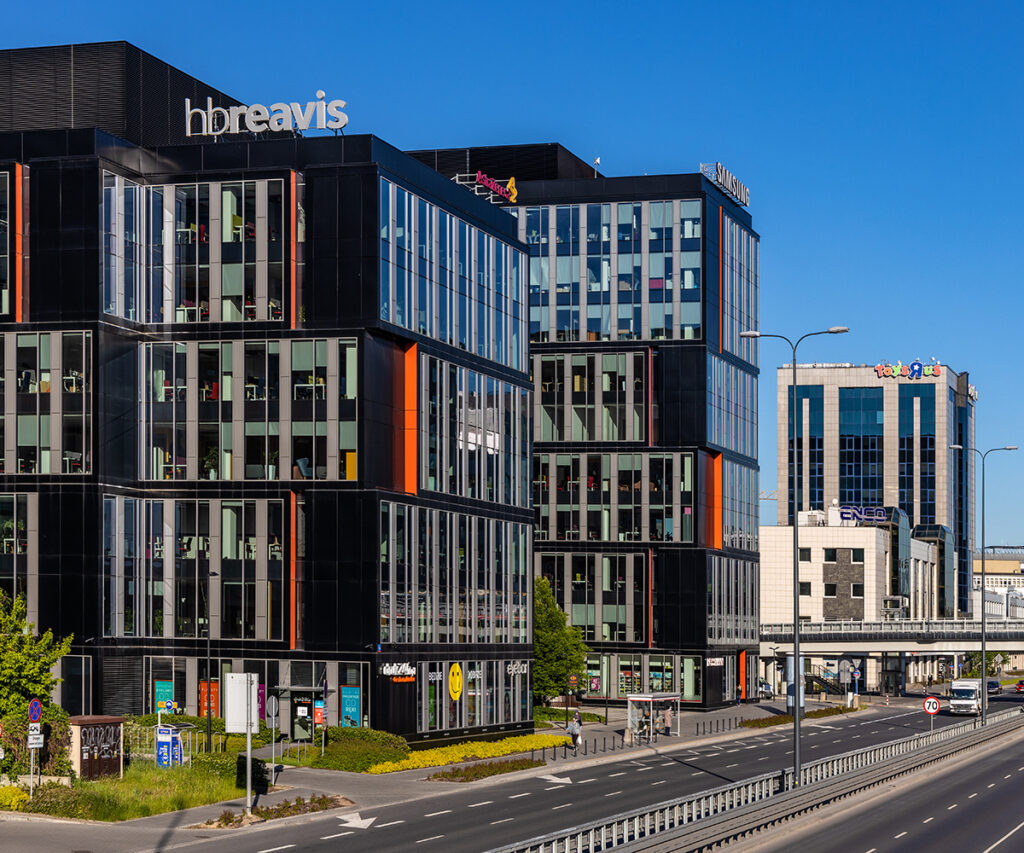 Set around Domaniewska in Służewiec, the nickname is by no means incidental: defined by its anonymous glass office blocks and grinding traffic jams, the area’s workers’ half-jokingly refer to themselves as orcs in reference to their unceasing, soul-crushing work. More recently, efforts have been undertaken to humanize Mordor and the name has been almost affectionately adopted by smaller local businesses.

Zbawix
For a fleeting moment in time, Pl. Zbawiciela was known across Poland as Pl. Hipstera, a name that became so widely used that it even appeared on Google Maps. The cradle of modern cool, it was to here that, five-to-ten years back, a new breed of citizen flocked to cavort in cafes and bars overlooking the legendary rainbow installation (since dismantled due to its habit of attracting baying mobs armed with matches). 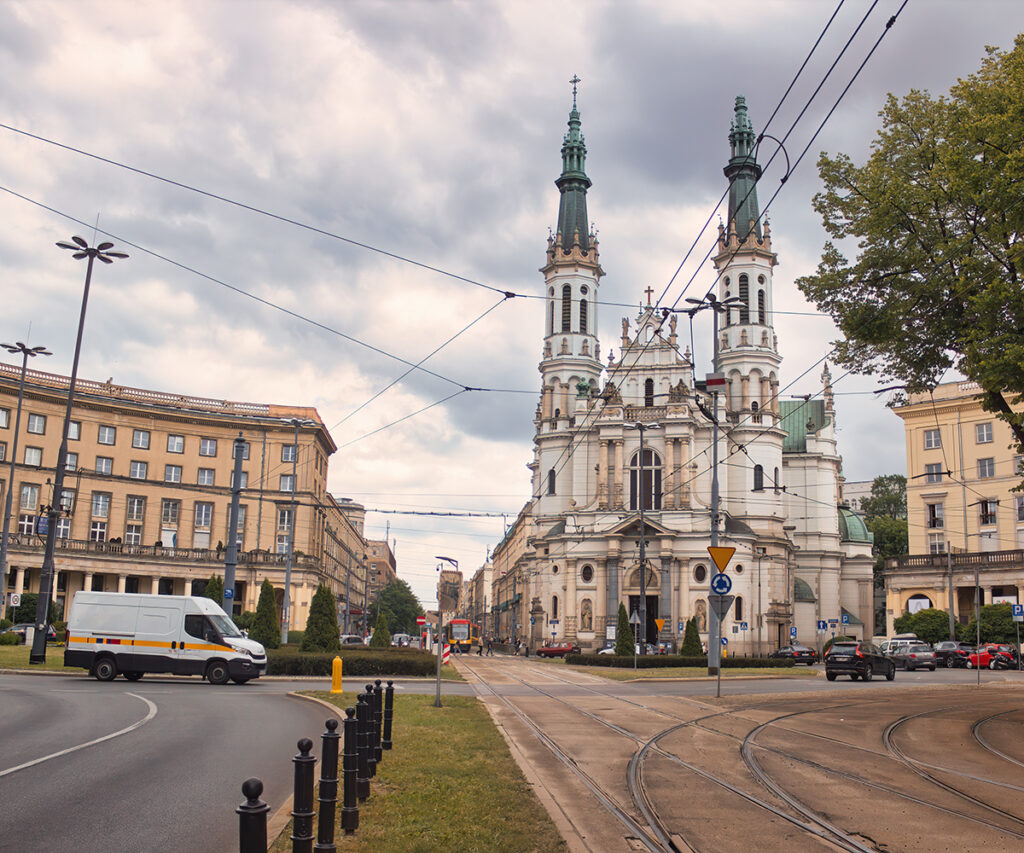 Attracting those with beards, skateboards and, even, typewriters, it became the hub of the city’s hipster operations – even the New York Times wrote about it. The backlash was inevitable, and today the area is better known by its more conservative pseudonym, Zbawix.

GONE BUT NOT FORGOTTEN
The Russian Market
No long-timer will ever forget “the Russian Market”. So-called because of the swarms of eastern traders it would attract, Europe’s largest outdoor bazaar could once be found in and around Stadion Dziesięciolecia (today rebuilt as the shiny National Stadium). Officially called Jarmark Europa, you would have visited to pick up Bulgarian pirate videos, Soviet military hardware, counterfeit clothing, Grot cigarettes and electrical appliance that went BOOM in the night. A legendary cauldron of black market activity, so sleazy was it that you’d even have had the chance to peer inside a peep show within an inventively repurposed battered, old bus. RIP old friend!