Set to close at the end of the month, now is the last chance to marvel at the shrink-wrapped world of The Dollhouse Museum.

In one scene, a disheveled writer lies clothed and collapsed on a bed surrounded by empty wine bottles and scrunched up papers. In another, blue-eyed, blond-haired girls exercise in a Nazi era gym facility. There is more. 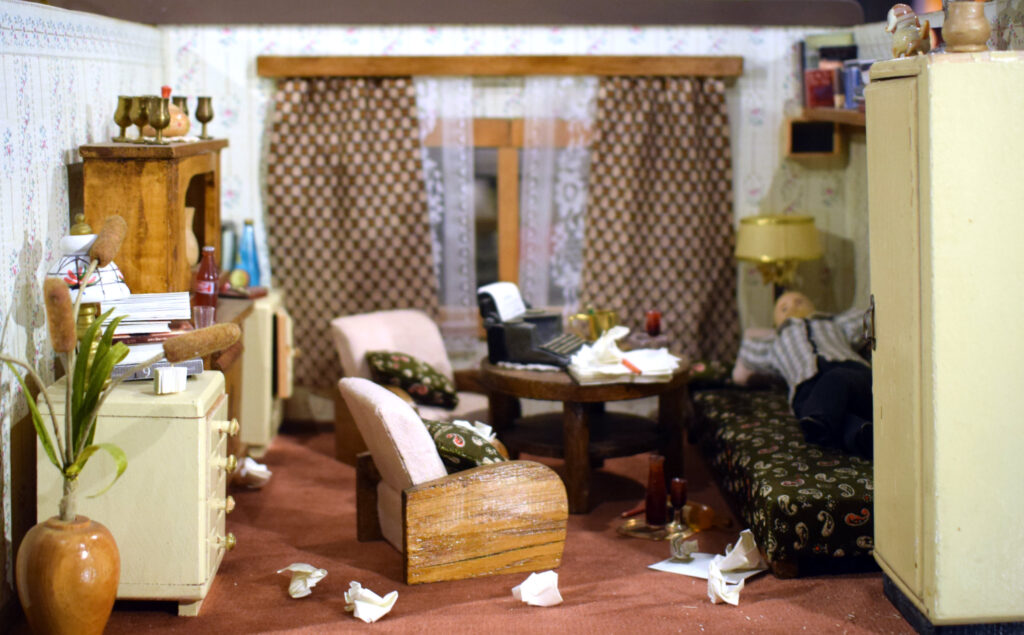 Medics surround a boy on a stretcher in a field hospital whilst bandaged patients implore to be seen; a nun lies stone dead in an open coffin awaiting burial; and a whiskered painter sits in stained overalls amid easels and brushes and artsy ephemera. 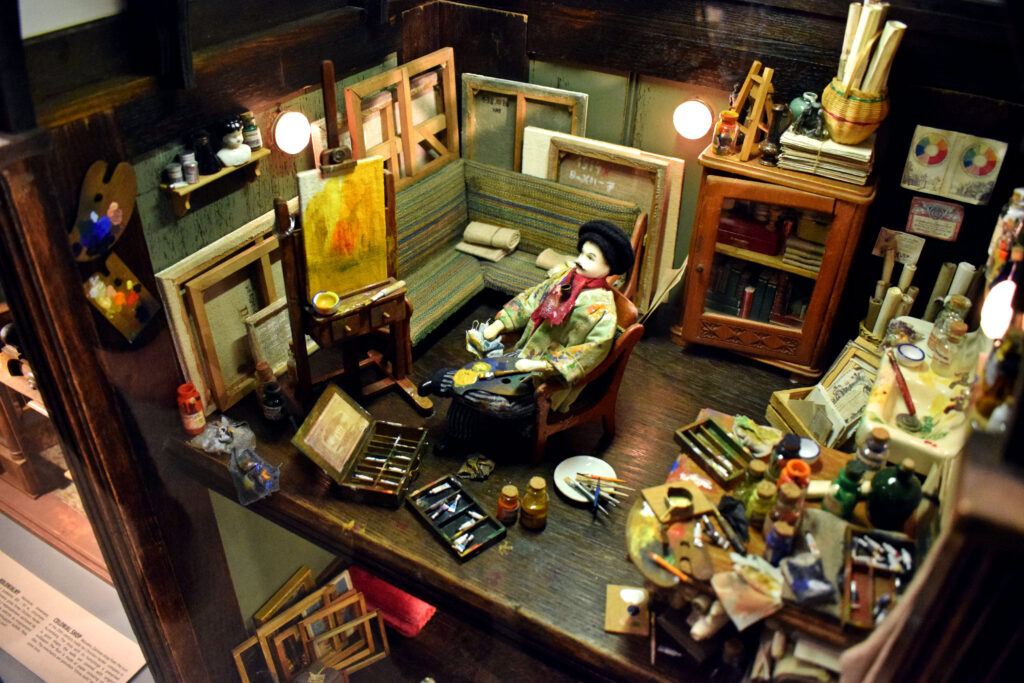 As if it couldn’t get more surreal, attention switches to a school classroom of uniformed rats. Their diligence, you can tell, is being tested by the unruly behavior of a rodent friend sequestered to a detention room. 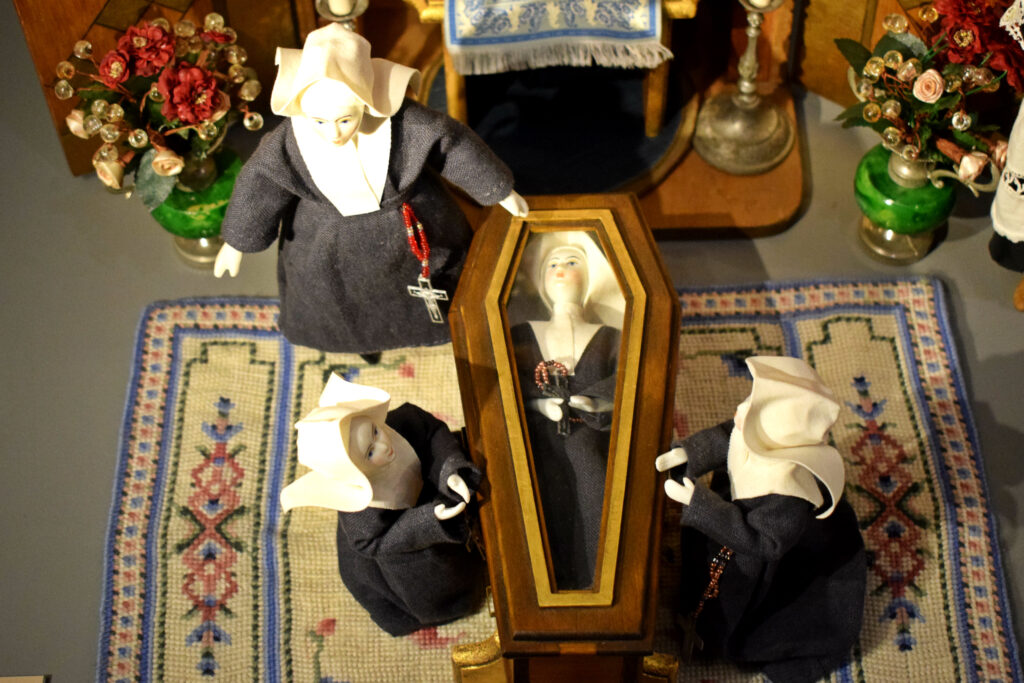 No, these are not snapshots from the weird daydreams we have on the bus into work, rather just some of the exhibits to be found in The Dollhouse Museum. 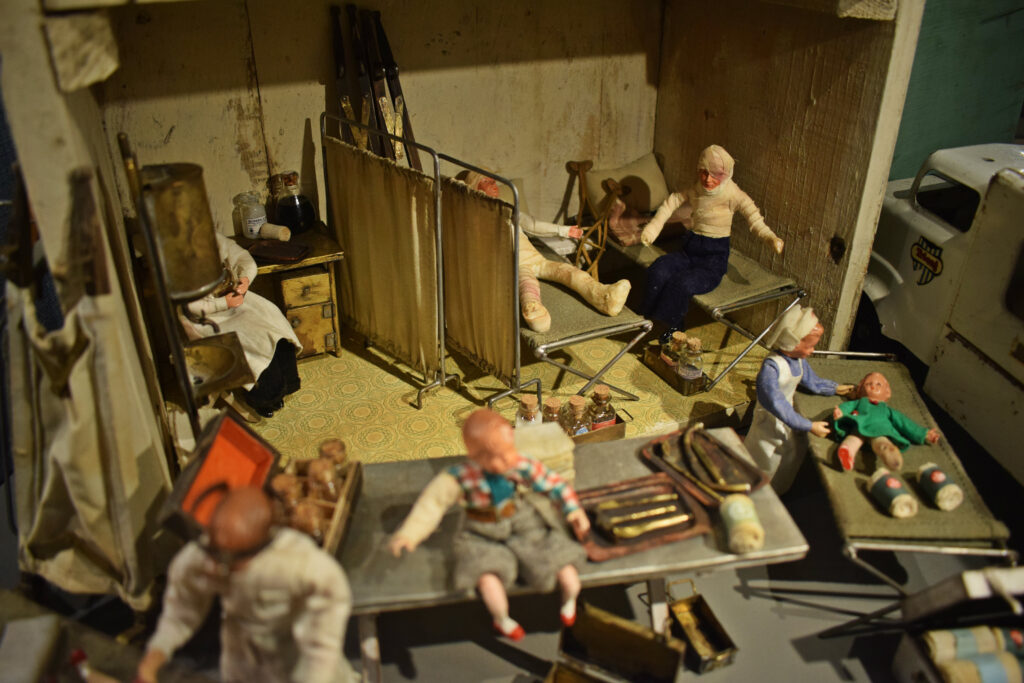 Staggering in their meticulous attention to detail, around 140 find themselves crammed inside a former VIP room used by the likes of Marlene Dietrich and The Rolling Stones prior to their performances in the Palace of Culture’s Congress Hall. 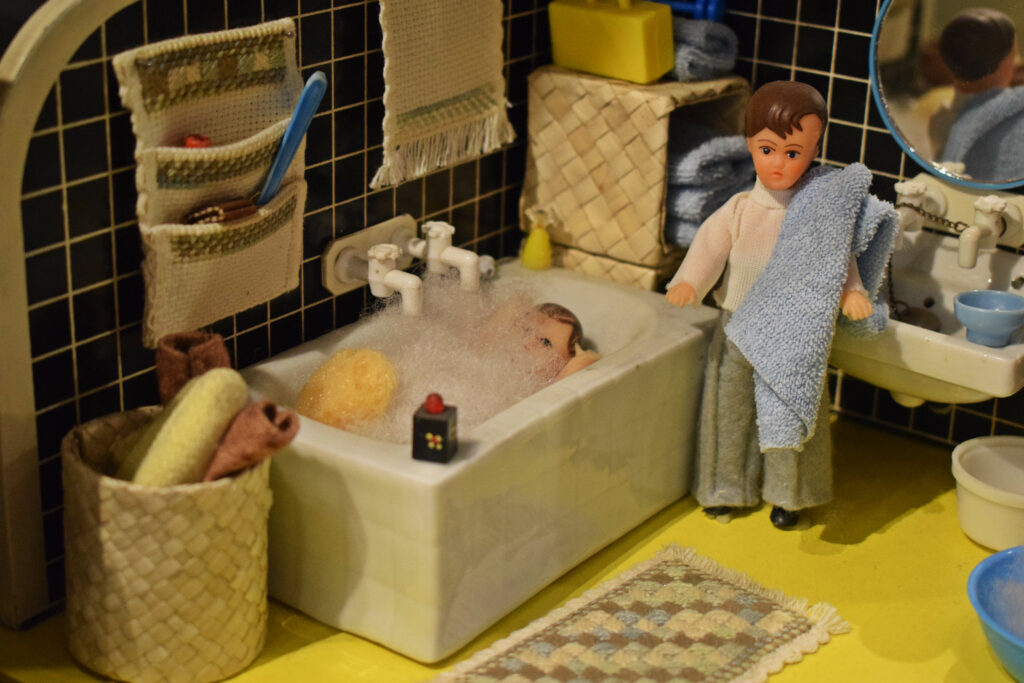 Faithfully restored by a team of artisans, these miniature worlds are the result of one woman’s obsession. 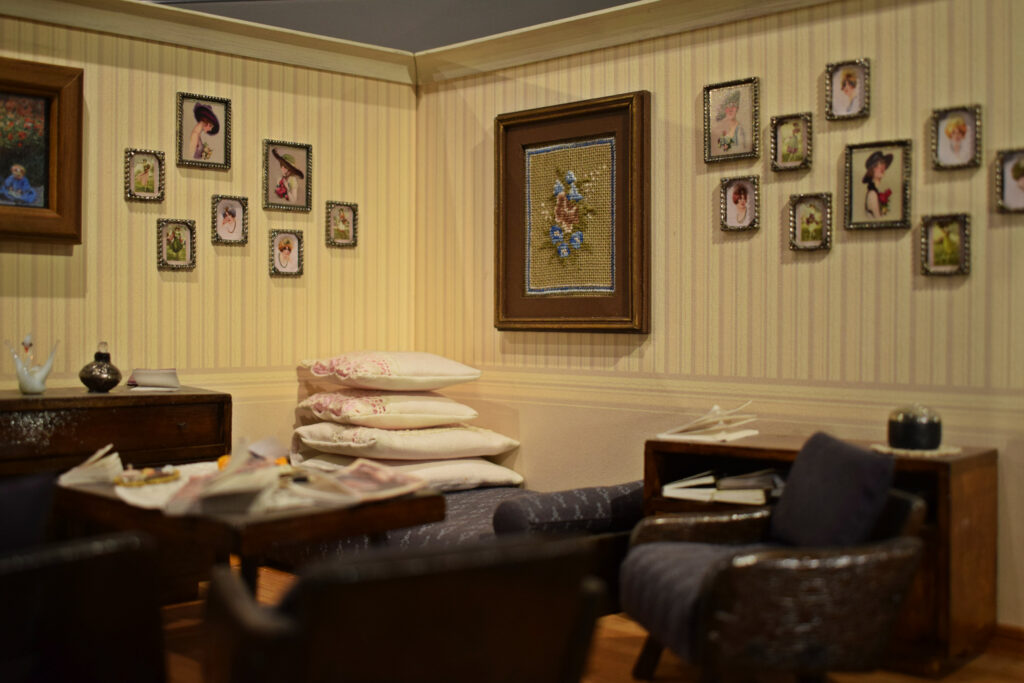 Moved to give her daughter a present she would never forget, screenwriter and producer Aneta Popiel-Machnicka decided on a dollhouse. Quickly, though, it dawned that to find one that met her specifications she would either have to build it herself or look beyond Poland’s borders for an antique to renovate. She chose the latter and in the process uncorked what would become an enduring passion. 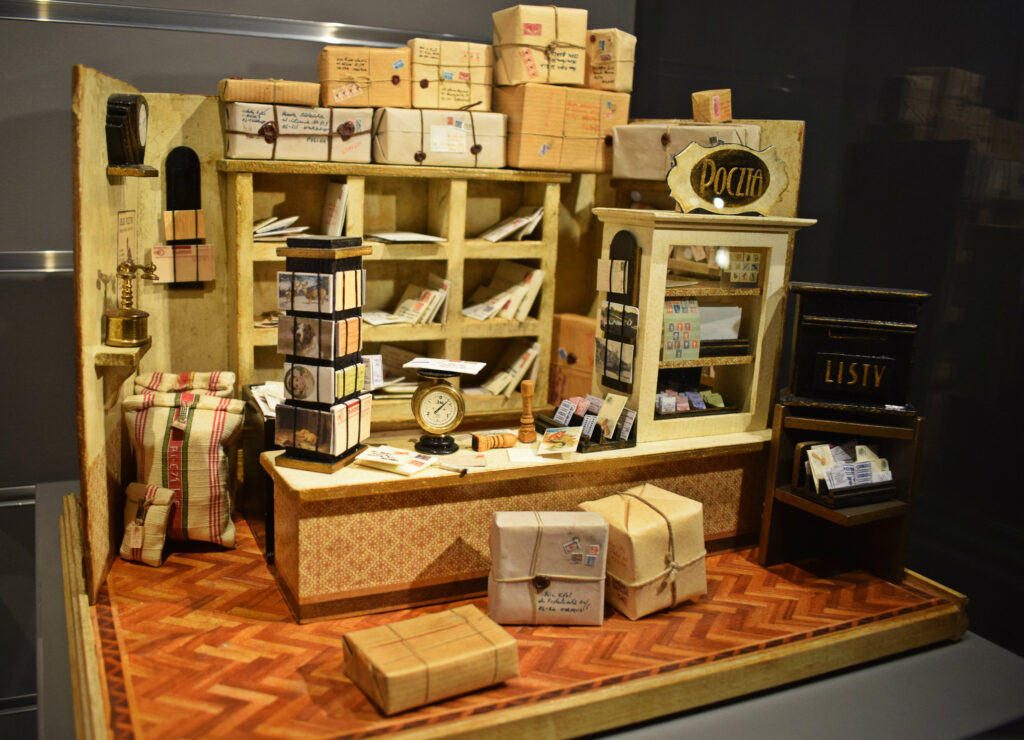 A website dedicated to dollhouses followed, and then the establishment of a foundation focused on their rejuvenation. With her growing collection reaching critical mass, the launch of a museum was the next logical step. 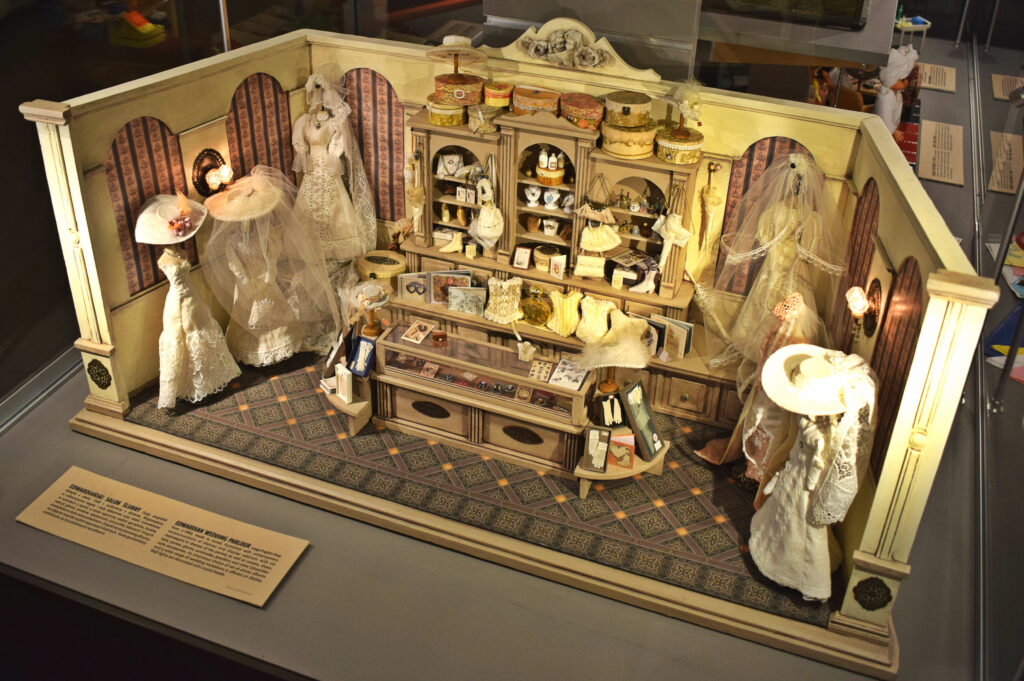 Intricate, dainty and delicate in their beauty, these are not the tacky Barbie houses one imagines, rather spectacular creations that are a paean to craftsmanship. 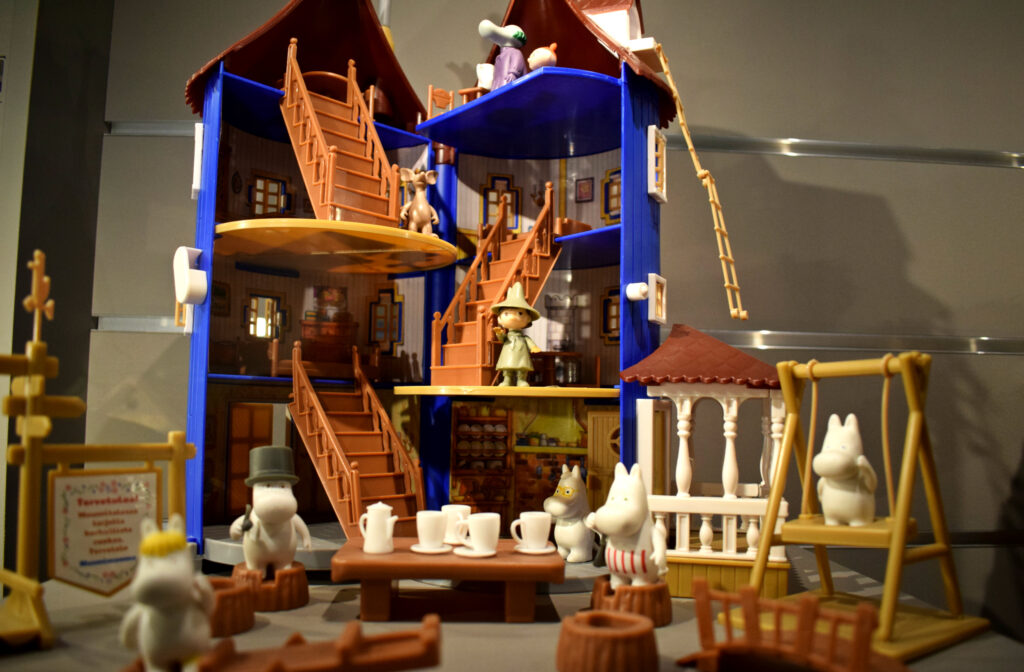 Even more so, they serve as a fascinating glimpse into past, distant times: acting as what Popiel-Machnicka describes as a “historical freezeframe”, the houses and their habitants are a microscopic insight into everything from the culture and customs of yore to the architecture and fashion. 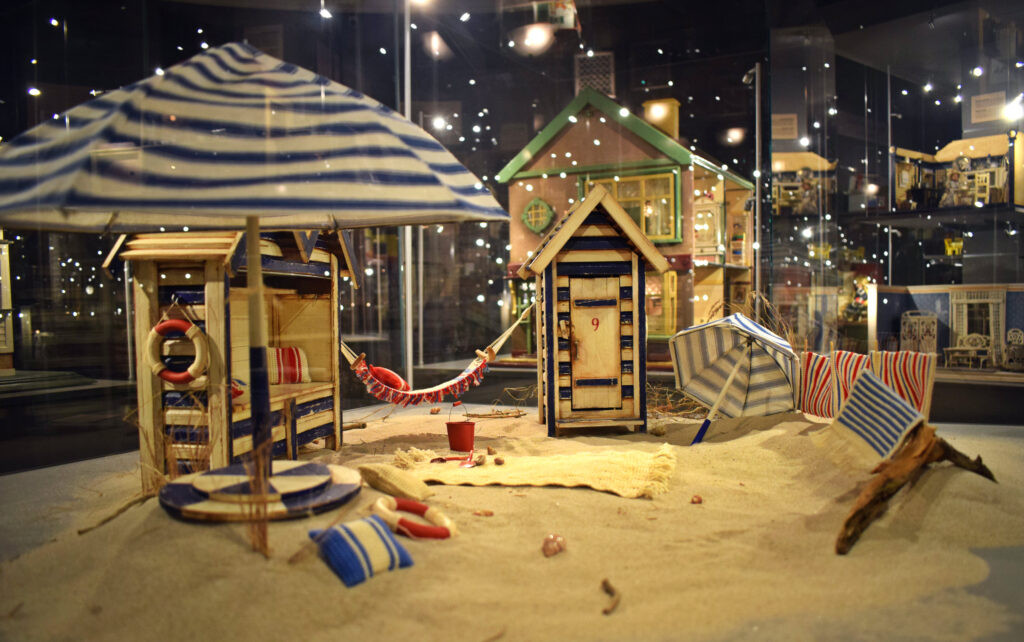 Dating as far back as 200-years, and sourced from countries as afar afield as the USA and Thailand, they come steeped in stories: for instance, the so-called “Miss Hope’s House”, built by a Polish pilot decorated for his wartime heroics with the RAF. 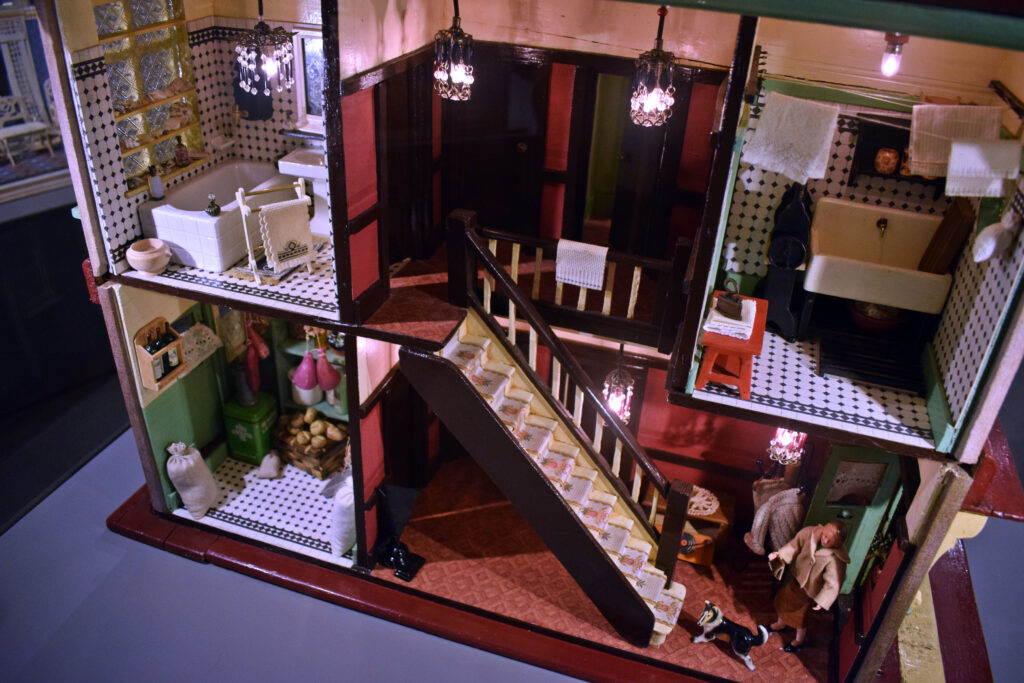 Though its creator settled in England after WWII, the structure was returned to its author’s home country after being bought at auction and undergoing six-years of restoration.

In a world dominated by CGI and dumbed down tourism, The Dollhouse Museum is something else entirely – to miss it, you miss something unique, eccentric and completely bonkers: as daft as it might otherwise sound, its loss will be felt. 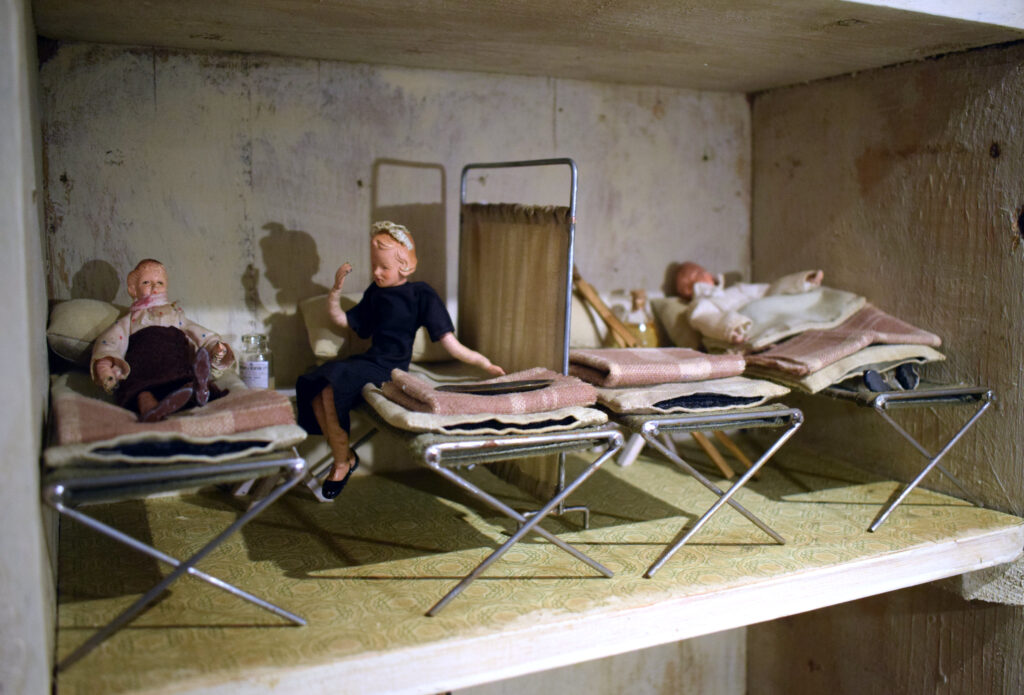