An Apple A Day

The ongoing debate about what to do with Pl. Defilad took a new turn in August after a master’s thesis by a graduate of the Silesian University of Technology took the web by storm. The work of Kacper Ziółkowski, the project envisions transforming the square into a socially-minded Apple facility that would fill both commercial and public roles. Working under the supervision of MSc. arch. Janusz Poznański, Ziółkowski’s idea has rapidly gone viral… 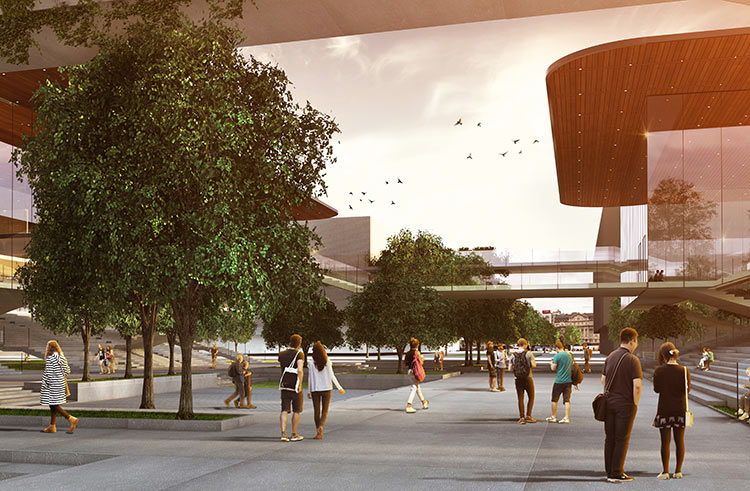 “I spent a lot of time analyzing Apple’s facilities and determined that the company realizes such projects in places that are important for people: they offer not just commercial services, but also those that are purely public – they create places that can be used for concerts, classes, screenings, etc. By gathering the public together Apple are able to create a stronger relationship with them. Pl. Defilad fits perfectly into company’s strategy: not only is it an area that can be categorized as a centro-creative object but it’s also in need of revitalization.” 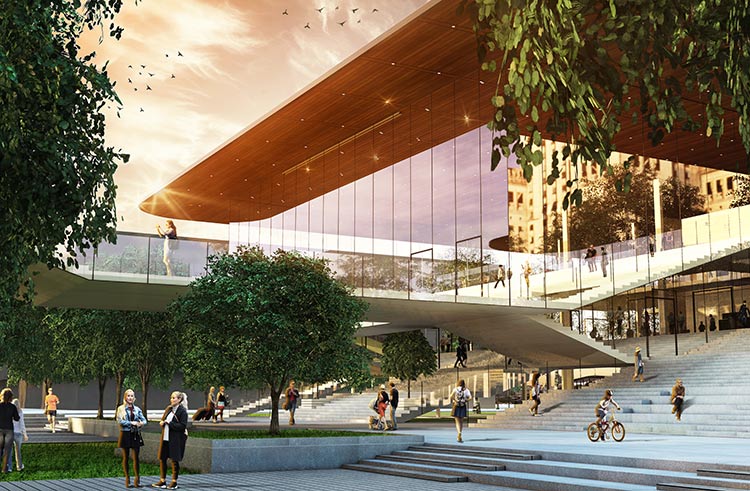 “Is my project socially responsible? I think so. Look at the Apple stores built so far: some of the best architects in the world have been involved, and the result has been the creation of unique, innovative buildings that aren’t just commercial but also keep the public in mind. Of course, I realize that this is part of the company’s marketing policy, but why should that make a difference? We need to break through the ‘hate wall’ and see beyond just the logo.” 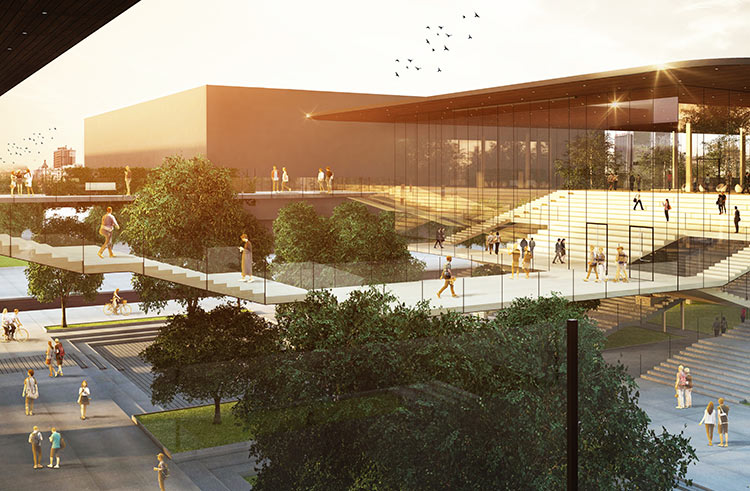 “In terms of reaction, I haven’t contacted Apple, but it would be my dream to show their management and, in particular, Sir Jonathan Ive. I’d love to hear his opinion – whether it be positive or not! As for the public… I knew how they would react the moment I began this project. Two problems: first, Pl. Defilad arouses strong feelings. Everyone has an opinion on how it should be used and no-one can agree! The second problem, well, that’s the Apple brand itself. They’ve got a huge number of fanboys (and girls!), but also many haters. This latter group will always refuse to bend or change their opinion.” 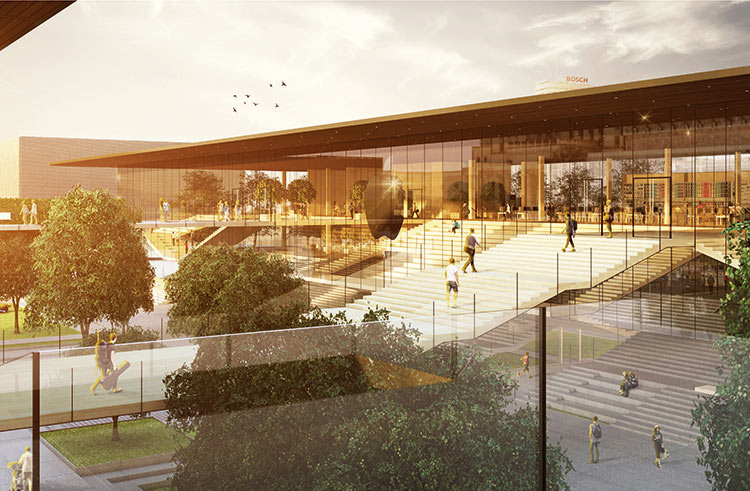 “I’ve got to admit, I wonder what they’d think if I showed them the same project but without the Apple logo… All along though, it was my always intention to demonstrate that an important urban space could be simultaneously used to benefit both the private sector and the general public. When we think of public space, we shouldn’t be afraid of looking towards less traditional solutions.”