At Home with MOD | Warsaw Insider

At Home with MOD

The culinary brain behind MOD and ReginaBar, Singaporean chef  Trisno Hamid opens his apartment to the Insider team…  PHOTOGRAPHS BY KEVIN DEMARIA What’s in...

The culinary brain behind MOD and ReginaBar, Singaporean chef  Trisno Hamid opens his apartment to the Insider team… 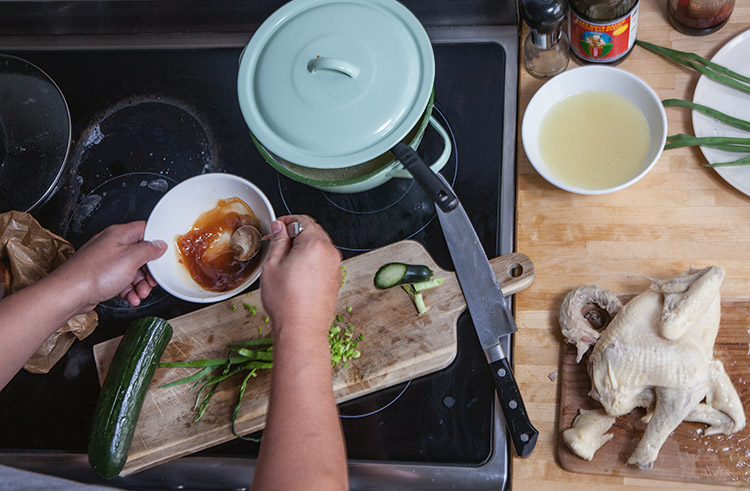 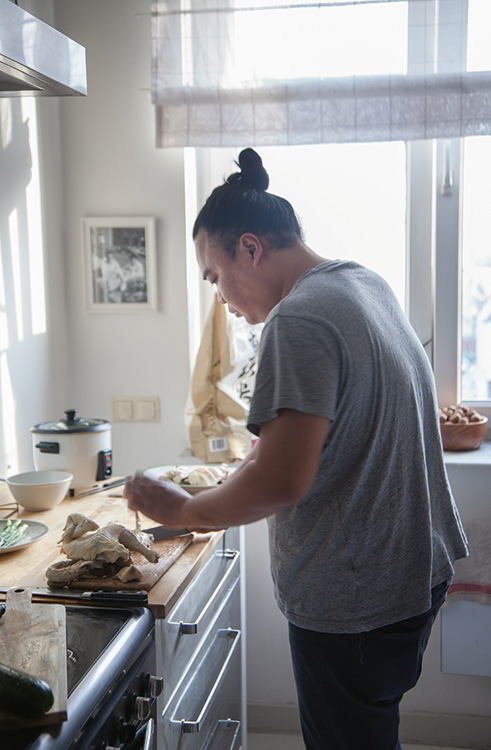 Are you going to loaf about and catch up on any cooking shows?
I’ve got plenty of time now! I used to watch Magda Gessler’s Kuchnia Rewolucje and remember an episode when she was making a dish in a Thai restaurant using products from the show’s sponsor. I love the absurdity!

Do you rate these shows?
They’re great entertainment but I don’t believe in chefs competing with each other because taste is so subjective. It’s like art: unmeasurable. But then I don’t really care about awards. For me, real success is how many guests visit and pay to eat your food. Numbers don’t lie.

Any cookbooks knocking around?
Quite a few. Mostly traditional cuisines of the world.

Tony Bourdain – thoughts please!
Round about 2002 I was jobless and had no choice but work in a kitchen. I hated it and thought it was a job for losers with no other prospects. A friend lent me Bourdain’s Kitchen Confidential and it completely changed my perspective. 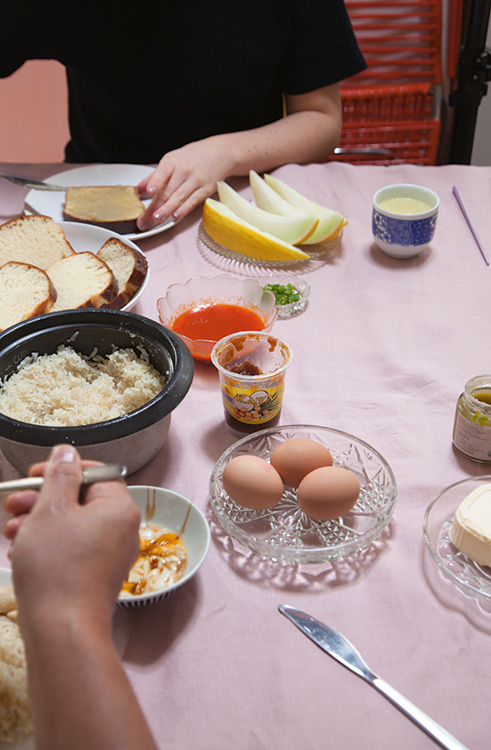 In what way?
I realized cooking could be rock’n’roll. The long hours, the adrenaline, the drugs, booze and sex with waitresses! Thanks to that book, I felt more confident and self-assured. I’m not a corpo-nerd and it made me realize the value of not being one. I love Bourdain.

You’re kitchen wouldn’t be the same without…
A hand blender. It’s essential for the sauces and pastes I make at home.

Any guilty food pleasures?
I admit, I kinda’ miss KFC. 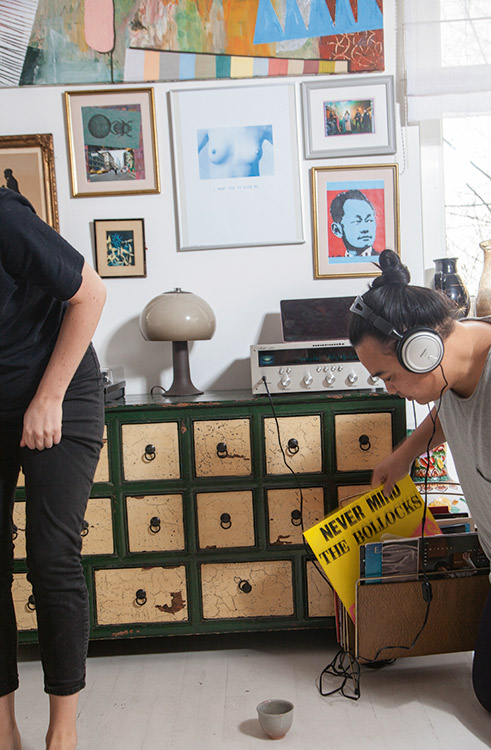 What’s your ultimate comfort food?
I can’t answer this! Back in Singapore it was really common to go and eat in the hawker centers: cheap, delicious and plenty of choice. I loved the Singaporean take on Indian, Malaysian and Chinese food.

When was the last time you ordered a food delivery?
I just got a new phone and there’s so many apps to download I haven’t got around to getting the food ones. I swear, I can’t remember the last thing I ordered. It was probably last week, but I really don’t remember. I’m aging! 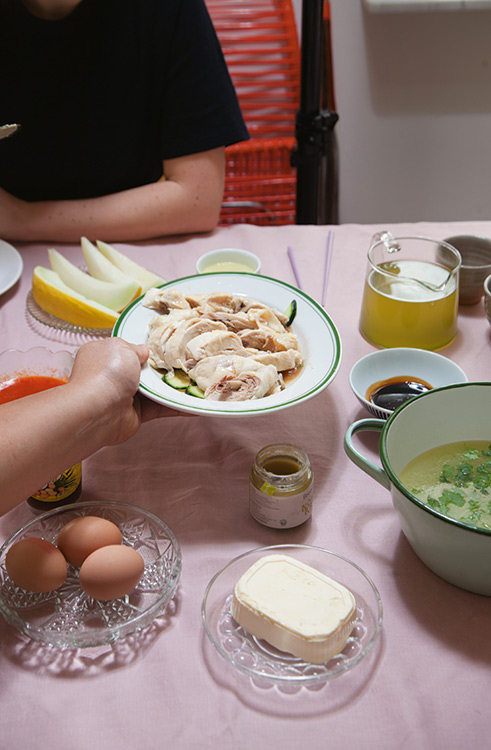 The government announce we’ve all got a day left to live – what are you going to cook…
Lemak chili padi. chicken stew in coconut cream and lemongrass with bird’s eye chili and lime leaves. Providing we all survive, what are you looking forward to doing in terms of food? Expanding my dim sum menu. It was something we only recently started but the restaurant was getting really busy for our weekend dim sum brunch.

What booze have you got knocking around?
Loads and loads of bottles. Mostly they’re gifts. I love spiced rum so have a lot of that from around the world, and also vodka that I just don’t drink – I find it boring, but maybe I haven’t tasted enough. Also wine, all of it natural.

When we get the green light to resume life, where would you love to go for a food holiday?
Singapore. I think the variety and taste of the food there is unparalleled, at least compared to anywhere else I’ve been – and Tony Bourdain said as much as well! 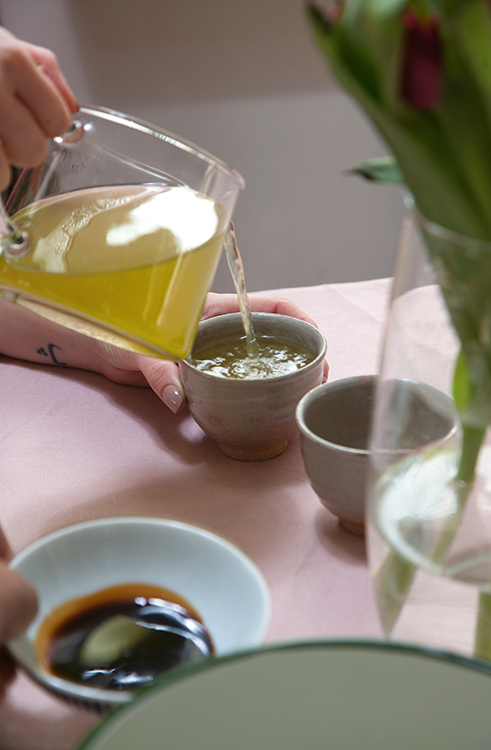 Out with it, give us some of your favorite food travels…
Le Chateaubriand is my favorite memory of Paris, and oh, Tokyo. I love it. I’d go there just for the sushi. In Copenhagen, meanwhile, I had the most amazing Thai food. The baan ngau I remember was mind blowing.

It’s the crappiest question in the world, but if you could invite anyone in the world for a dinner party, who’d it be?
My closest friends and sisters – I could eat without having to be polite and no-one would judge me!

Starting out must have been the hardest graft?
My first job was at Le Gavroche in London. I had to be up at 6 in the morning and would get back at 1 a.m. Sunday was the day off so that’d be time to get a kebab, watch football, have a nap and then after a pint or two. There was no time for anything else!

Chefs are workaholic creatures. This situation must drive you mad?
You’re right, we are workaholics, but I think us Asian chefs are a different breed completely. Actually, I was once asked by a colleague who asked (jokingly), “why do you yellow people work harder than dogs?” That’s how I got my nickname, and that’s why my restaurant in Kraków was called Yellow Dog! 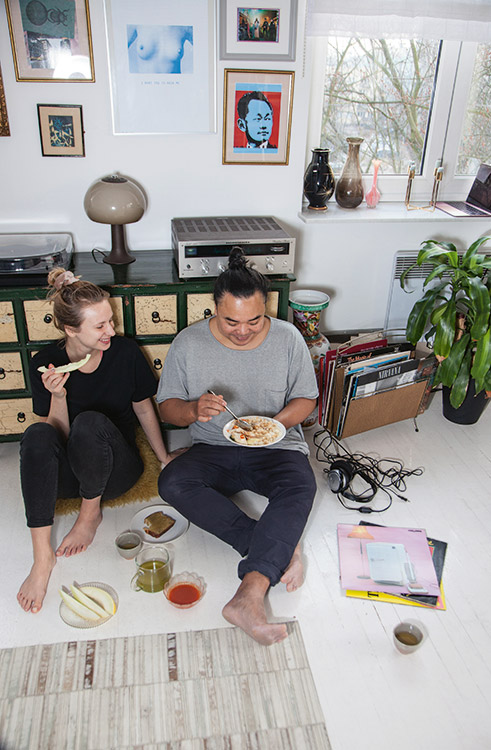