Bazar Kocha.Polish cuisine with a twist.

author's cuisine112 Bazar Kocha1 city center998 international134 mokotowska51 Polish cuisine7 Polish cuisine with a twist1
Bazar Kocha give a masterclass in how it should be done…by Alex WEBBER There are some places that can do no wrong, restaurants that...

There are some places that can do no wrong, restaurants that press all the right buttons and seemingly walk on water – there’s just not many places like that in Warsaw. That’s especially true of the mystifying Mokotowska. Often likened to a pretty piece of Paris, just how is it that a street rolling in riches can be so underprivileged in terms of restaurants? It has plenty, just not enough you’d ever bother returning to. Bazar Kocha, however, is one of the few notable exceptions. 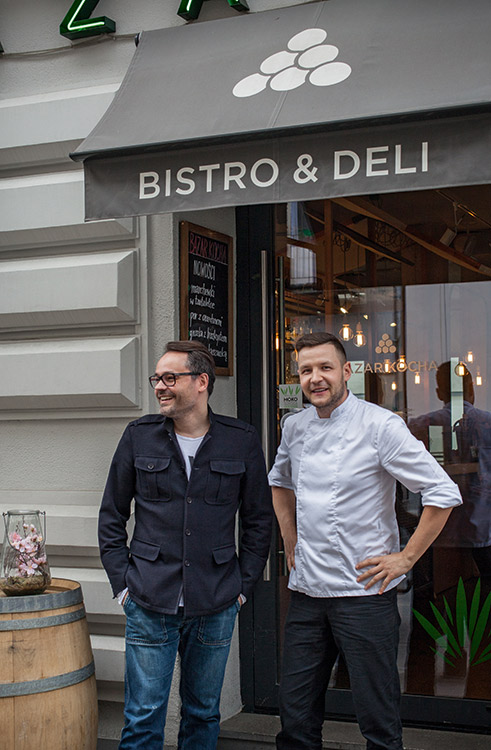 Designed to evoke the spirit of a farmers’ market, the woodsy interior is filled with stall-style units neatly stacked with jars and pots. Yet these are not decorative decoys, but part of a thoughtful grocery offer aimed at showcasing Kocha’s own-made produce: “we wanted to open a house of cooking,” says Marcin Koch, the proprietor, “a place to buy produce and seek inspiration.”

Above all though, this is a restaurant, and if any reminder was needed then its sounded clearly by a menu of unmistakable beauty. Carefully curated by chef Tomasz Maćkowiak and his team, it’s strongly influenced by concepts of ‘terroir’, with primary importance placed on quality produce from local suppliers. “We don’t change the menu monthly,” says Marcin, “we change it when we want, when we have to and when new ingredients come into season – it’s the seasons we’re most connected to.” 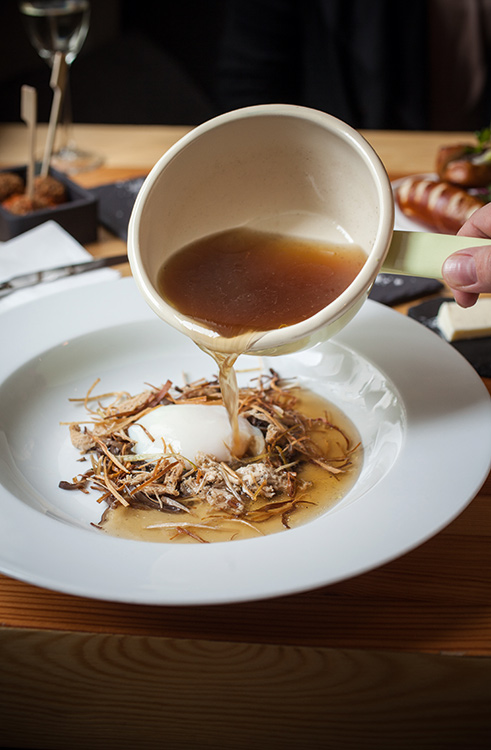 Although the basis of the cuisine is described as ‘Polish with a twist’, and in spite of the restaurant’s casual leanings, it’s not difficult to spot fine dining roots. The menu, we’re told, is in the process of being shortened, but till that overhaul is complete a full exploration is recommended to allow Tomasz & Co. the opportunity to demonstrate the full scope of their creative talents. Ordering a cluster of starters and appetizers, our table is immediately struck by the sheer finesse of the chef’s deft hand. A dish simply titled ‘beet’ proves to be a happy marriage of art and taste: macerated in blackcurrant juice, the beets are a vibrant affair complimented by smoked mozzarella and roasted buckwheat groats. There are ‘duck balls’ served in a pepper sauce that’s big with tang, not to mention two micro bagels with thick smears of black pudding and cinnamon.

It’s a dramatic opener with two specific highlights: a magnificent house pate served with a clump of garden fresh greens and pieces of pear left to soak in vinegar. What tastes! And as it turns out, that’s not the only cameo from the modest pear, with one plate consisting of caramelized pears and blocks of iced buttermilk. A cross between a starter, dessert and something in between, it’s a dish of distinction that plays with temperatures and textures with significant success. 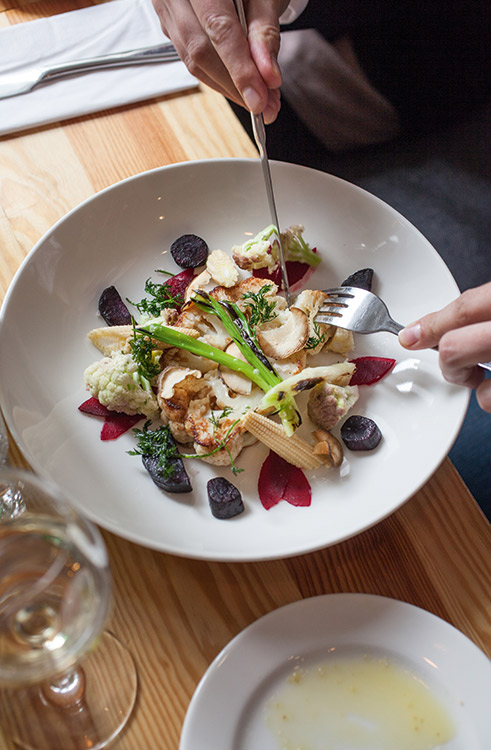 We’re still swooning about it when the soup arrives, a warming chicken broth full of subtle, earthy detail. Yet this is but a prelude to the final, double-pronged knockout strike: first, a vegetable mix centered around cauliflower that has been grilled sous-vide, and second, a giant leg of lamb that falls off the bone. Accompanied by sweet and violet potatoes and a silky herb sauce, it’s a dish to recommend and remember for several months to come. In itself, that’s the story of Bazar Kocha: through their novel use of simple local produce, it’s a place that reimagines the very essence of Polish cooking.