Forget that it’s looking a little grey and grim outside, as 2013 draws to a close there’s much to pause and be grateful for.... 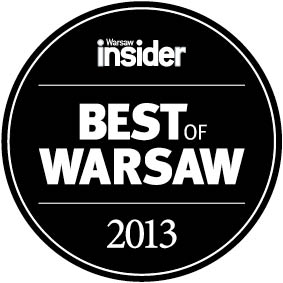 Forget that it’s looking a little grey and grim outside, as 2013 draws to a close there’s much to pause and be grateful for. In particular, the arrival of the craft beer bar! The days of rolling up to a bar and ordering a Żywiec are over, with the bland big brands openly being shamed by a number of cool little brewers who value taste over ad campaigns. But these backwater breweries are no longer under-the-radar, insider secrets, and that’s entirely thanks to the craft beer bars that have flourished this year…

On any other year Chmielarnia would have breezed this category. The combination of Indian food and treasure find beers is indeed rather noble – but is it enough to win?

Warsaw’s first legitimate multi-tap, and definitely the bar of the summer. An invincible courtyard, cool crowd and great range of middle Europe beers make it a hot favorite.

After hiccups at the start (too packed, too hot, too long to wait, etc.), KiK have really come into their element of late, and get serious points for a dynamic and diverse range of beers, and the kind of fridges we’d all love at home.

What was a good bar is now a very good bar – the addition of a basement section with seven taps is to be lauded.

Though Piw Paw have salient weaknesses that need addressing (toilets, waiting times, more variety, etc.), any bar with 57 taps needs to be admired for sheer chutzpah.