Blast To The Past!

Though temporarily postponed due to the coronavirus situation, anticipation continues to build over the release of a 3D film that seeks to reveal the secrets of ancient Bródno.

Fusing high-tech with extensive historical research, an archaeologist has brought the ancient settlement of Bródno back to life… 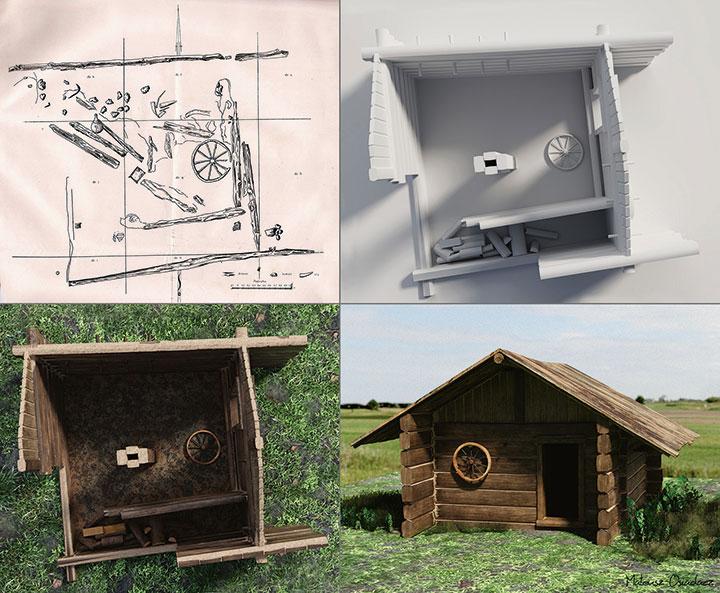 Challenge a local to describe Bródno, and it’s likely that even the most patriotic resident would mumble “grey”. Noted largely for its gloomy tower blocks and anonymous estates, not many would naturally associate the northern Warsaw suburb with ancient history, but that stands to change with the release of a digital reconstruction charting its beginnings. 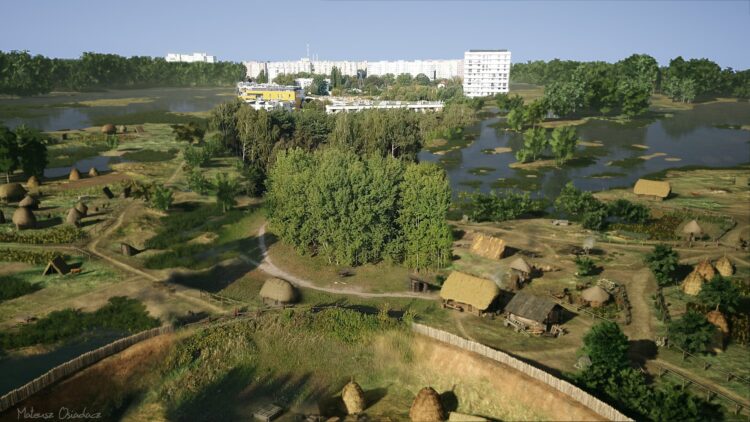 Financed by City Hall, and born from the painstaking efforts of Mateusz Osiadacz, an archaeologist and computer graphic, the project presents a 3D reconstruction of what is known to be the first stronghold to be built in the area covered by modern day Warsaw.

Though it remains unclear as to exactly when the area was initially settled, what is known is that around about the end of the 10th century or the beginning of the 11th century, the pagan tribe residing in the area constructed a fortification inside which they could retreat lest they come under attack. 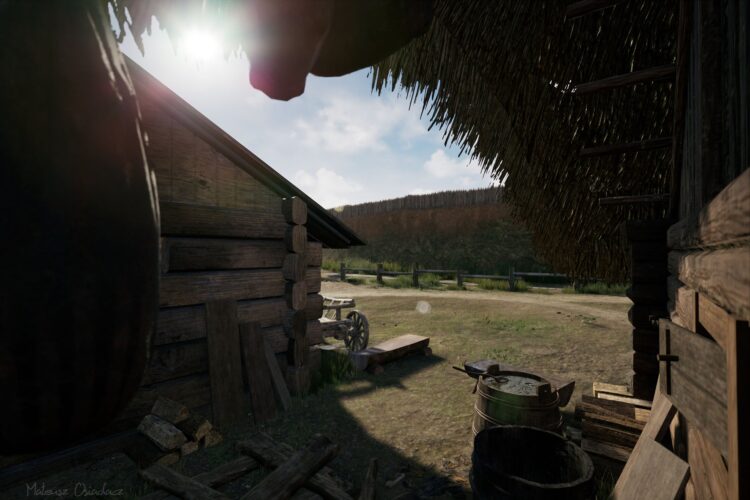 “Building that would have required a huge effort and it seems likely that it was built to counter the threat of the Piast state which was growing in strength and occupying new territories. The construction of the stronghold was, therefore, probably motivated by the community’s desire to maintain independence.” 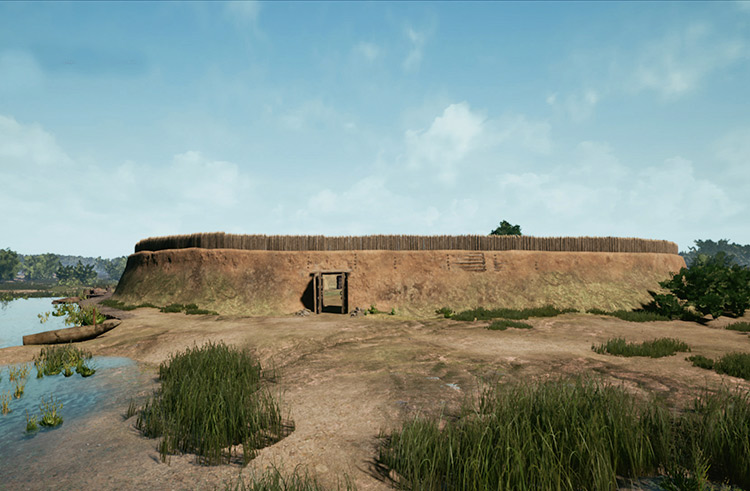 The historical significance of the fort cannot be emphasized enough. “Not only was it the oldest known medieval settlement to have been discovered on the footprint of today’s Warsaw,” continues Osiadacz, “it can also be viewed as one of the last accords of the old tribal order.”

With the country’s unification looming, the fort existed at a unique turning point in history. As importantly, with the area continuously inhabited following the arrival of this tribe, its members could, at a stretch, be labelled as the original forefathers of the modern Varsovian. 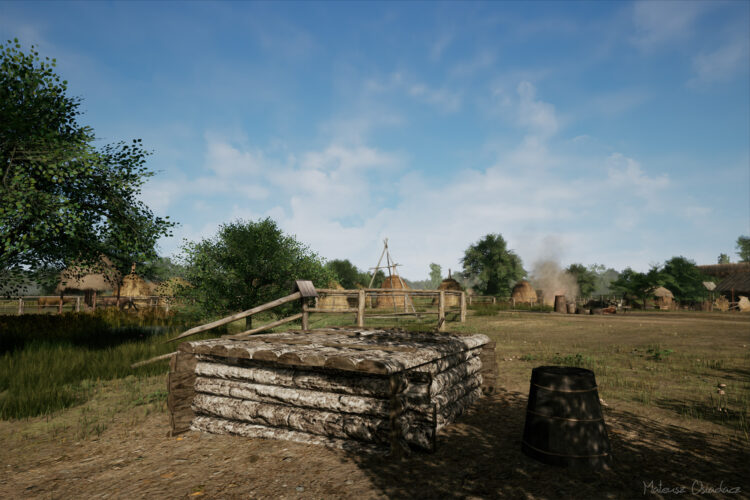 Despite its key role in the city’s history, only relatively recently have historians looked to build their understanding of the Bródno settlement. In fact, its mere existence was only first revealed in 1916 on account of the discoveries made by Roman Jakimowicz, a celebrated academic that would later find fame as the founder of the State Archaeological Museum.

Still, his findings were riddled with assumptions and errors and it was only in the decades that followed that a more accurate picture was established thanks to excavations overseen by Krystyna Musianowicz in the 40s and 60s. 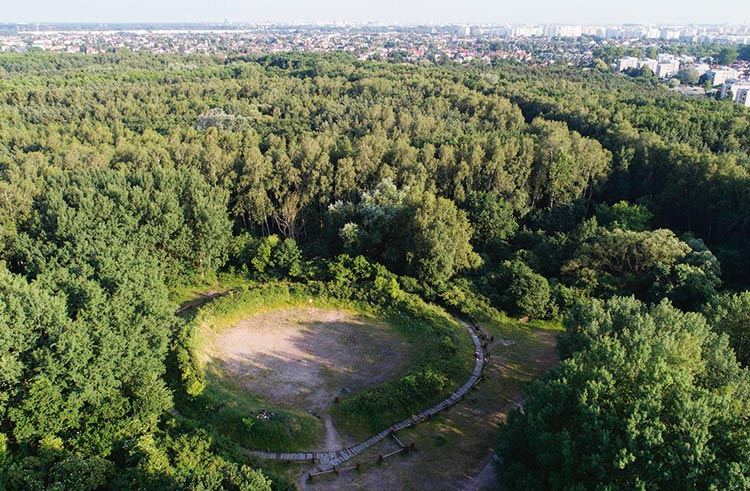 “Architectural relics indicate that its construction did not change the egalitarian social structure of this settlement and did not effect the emergence of a strong central authority,” says Osiadacz. “The buildings were of a similar size and scattered loosely and no objects have been found that suggest the crystallization and formation of elites. We can also probably assume that the community did not practice Christianity.” 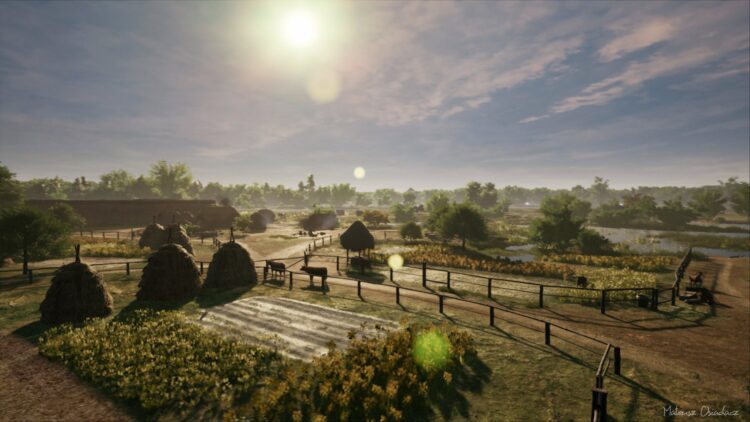 Contrary to wider belief, the fort was never used as a permanent residence, but instead as a place of storage and an emergency refuge in the event of battle. As such, homes and workshops were scattered around the perimeter of the fort which itself was wrecked in a blaze at some point during the first half of the 11th century.

Following the blaze – which most historians presume was the result of an attempted incursion by Piast forces – the settlement continued to prosper until the end of the century when its occupants dispersed to the south west.

Basing his digital reconstruction on post-war research and available archival materials, Osiadacz’s computerized animation was a complex multi-stage process that also necessitated the filming of overhead footage and 3D scans of the area. After performing theoretical reconstructions, he then transferred his models into the ‘game engine’ after which the natural environment and final film shots were added. 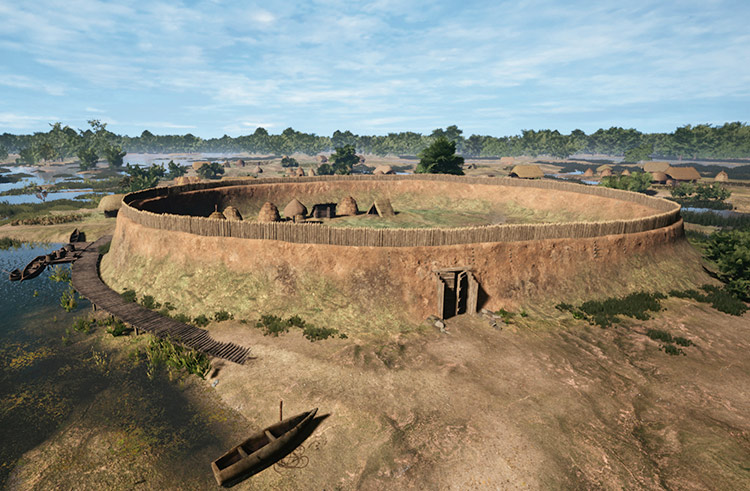 “The big challenge,” he says, “was forming the reconstruction of so many object of which only scant remains have been preserved. When it came to re-imagining the ramparts and the stronghold’s gate, there were many different concepts from which I had to choose the most likely.”

Along the way there were surprises as well, the biggest of which were represented by the sheer differences and changes to the environment. “In those days,” he notes, “I found that the area was very wet, and that could well have played a role in the defensive qualities of the fortress as well as facilitated communication by boats during times of high-water levels.”

The result of his work has been stunning, and Osiadacz is optimistic that his utilization of multimedia technology will help raise Bródno’s historic profile to a new generation.

“In my opinion I think it’s the best tool for both visualizing and popularizing the results of archaeological research,” he says. “I wanted this film to show who our ancestors were and, given the importance of Bródno in the context of Warsaw’s history, I think that it’s the best way to connect to the past. That the results of all this historical research can now be presented in a manner that is accessible yet also historically reliable is brilliant.”