Freshly established as Warsaw’s new Central Business District, Wola’s eastern flank has now also emerged as one of the most enviable postcodes to live in. Katarzyna Kajak of the 19. Dzielnica project reveals the inside story behind Warsaw’s largest new housing development… 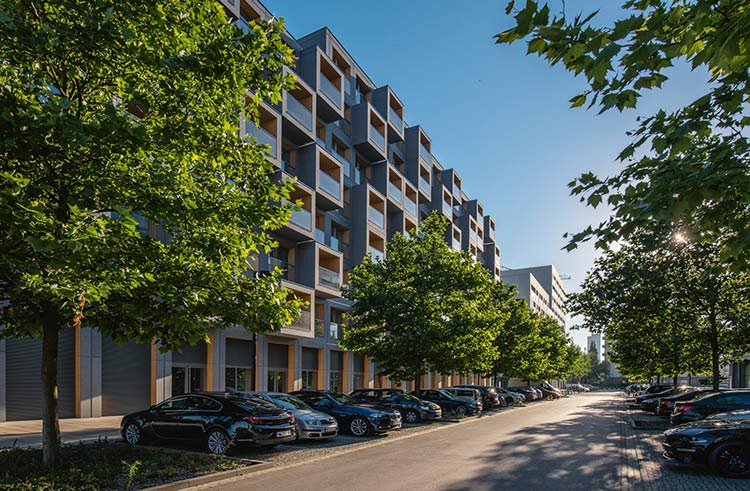 Cliché it might be, but location remains the most crucial consideration when choosing an investment site. “From the very beginning,” says Katarzyna Kajak, the sales and marketing director of 19. Dzielnica, “the area aroused the investors’ interest due to a location that enabled the implementation of an attractive and coherent large-scale development project.”

If Wola was once best-known for its abandoned warehouses and decrepit tenements, today it has emerged as the confident face of 21st century Warsaw. “Not long back the area was heavy with old factories,” says Kajak, “but its location in the city center, near a planned metro station, and in the direct vicinity of several office facilities that were under construction, made it a very attractive target for us. That significant investment potential is now being realized and has been confirmed by the rapid development of this section of Wola, which in recent years has without doubt become the most dynamic part of Warsaw.”

Obvious concerns – such as infrastructure – are the most important aspects. “The availability of road, heating, energy and sewage infrastructure is of extreme relevance when developing a residential district, as building it from scratch will raise the cost of the entire investment significantly. The overall attractiveness of an area is often also determined by its neighborhood, access to transport, the network of services offered to residents as well as the availability of recreational areas.” 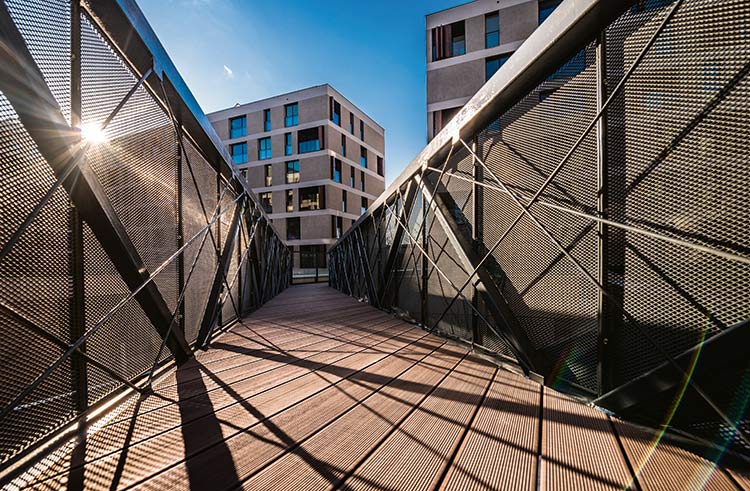 Be Clear In Your Mission

“19. Dzielnica was specifically designed to be an open part of the city with free access to common streets, squares and parking spaces,” says Kajak. “During the design process, a strong emphasis was placed on greenery, street lighting and architectural details. The buildings also have private green patios, available only to residents of particular buildings. Additionally, extensive market research was conducted before deciding on the structure of the apartments, their size and distribution: in our case, the majority of flats are either moderately-sized studios of 30-40 sq/m, or medium-sized of 48-60 sq/m. On top of that, we were also careful to include several large, two-level apartments with terraces in our offer.”

What’s In A Name?

“Choosing a name is a big moment when creating a brand as it will, eventually, have a considerable influence on a project’s marketing message. We felt it was important to have a name that had a legitimate story behind it; as there are 18 recognized districts of Warsaw, we chose a moniker that reflected our ambition to be identified as a self-sufficient district. It appears to have been very well received by our clients, with many of them identifying with the brand and often tagging themselves in 19. Dzielnica.”

There is no such thing as plain sailing. In 19. Dzielnica’s case, one of the major challenges was to persuade the public that Wola really would become the place to be. “Until recently,” says Kajak, “the post-industrial swathes of this area didn’t awake much enthusiasm among the capital’s residents, especially when compared to well-developed places such as Żoliborz, Mokotów, Śródmieście, etc. So yes, at the start it was a challenge to convince our clients of the qualities of the place and its huge potential, but over time we’ve been proven right.”

Dare To Be Different

New developments are a dime a dozen, with many assuming an everyman quality that blends into boredom. In this, 19. Dzielnica has broken established form via the creation of a project that has captured the imagination through its progressive philosophy and innovative vision. “When we were still in the design phase,” says Kajak, “gated communities were still very much in fashion: but we were determined not to fence ourselves off from the rest of the city. Furthermore, I think the architecture genuinely sets us apart from other developments – each stage was designed as a separate unit, but taken together it still manages to form a coherent whole. From the outset, 19. Dzielnica stood out because of exceptional solutions such as its glazed facades, thoughtfully designed green areas, and its wide range of architecturally interesting details such as wooden outdoor blinds and overhead metal bridges. Even though the project is big, I think we’ve created a space that feels like a haven in the midst of Warsaw’s urban jungle.”

“When building in the city center it’s a bit of a juggling act,” says Kajak. “On one hand, you need to fully realize the potential of the location, on the other, you need to keep the comfort of future residents in mind. Space is key: more space between buildings ensures a higher quality of life. You also need to remember greenery. The more green areas you can create, the more trees you plant, the more squares you introduce, the more people will enjoy living in your development. Likewise, you need recreational areas where people can meet or chillout, as well as commercial units in which restaurants, bars and stores can operate. All of these elements will add value to your project.”