A plan to link Praga and the right side of Warsaw with a pedestrian footbridge is a step closer to being realized after City Hall announced their approval of the project as part of the city’s budget for 2016-2019. Coined three years ago by Małgorzata Dembowska as part of her master’s thesis, her idea foresees a footbridge – complete with cycle lanes – stretching from ul. Karowa to ul. Okrzei.

Having successfully defended her diploma in 2014, her design has gained traction ever since: “from the start there were positive reactions from various institutions looking to push the project to the next stage. Even car drivers haven’t voiced much disapproval: the proposed site isn’t a place which needs another bridge for vehicles.” Dembowska, now an architect with WXCA, continues: “there’s a lot of people who see using a car as the only way to get around. Others see it as a status symbol. At the same time a growing number of people are realizing that cars aren’t improving their quality of life and I think City Hall are among them. Solving this problem though is a process, it’s not as simple as moving cars and filling the vacated space with trees.”

Driving the project has been her objective to create ‘a living link’ to draw Praga out of its ‘prolonged isolation’. “The goal of the thesis,” she states, “was to show a way of bringing two parts of the city together by creating a clearly defined urban connection.” In doing so, she hopes to fulfil a twin aim of attracting more people to the river: “the Wisła has improved greatly in the last five years,” says the architect, “we’ve seen expensive investments that have created a different image of the riverside – but it needs life all year around.” 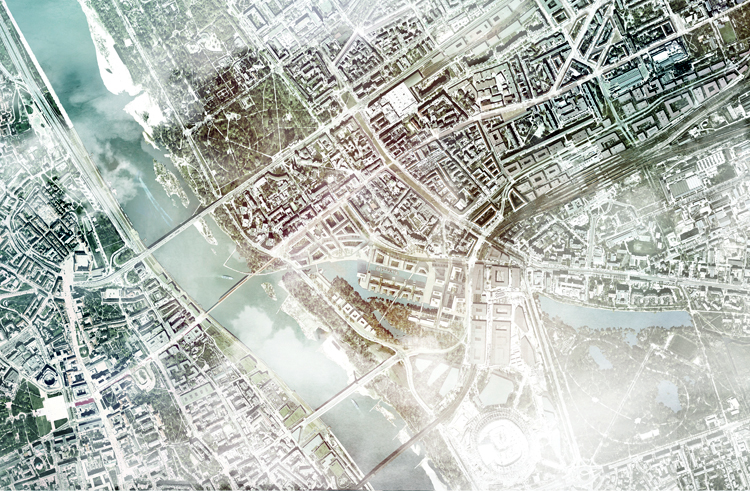 How faithful the city stays to Dembowska’s vision remains a point of contention. A competition to decide on a final design is due to be announced later in the year, while in the meantime, debate exists as to the actual position of the bridge: “some people say it would best serve Warsaw by connecting the Old Town with the zoo,” she comments, “though personally I think the city should first think about improving the lives of people who live here, then the tourists after.”