There are some people I know who, at the mere thought of heading out to Wilanów, collapse in convulsions. You can sympathise: for us outsiders, it’s not the easiest area to reach, but for me that’s a boon. Everything from the journey out there to the place itself feeds into that feeling of being in a different city: and not just some bog standard city, rather somewhere prosperous and plush: a model town where, I suspect, someone’s pouring Prozac into the water system – everyone looks beautiful and busy and happy to be alive. As I say, not your normal Poland. 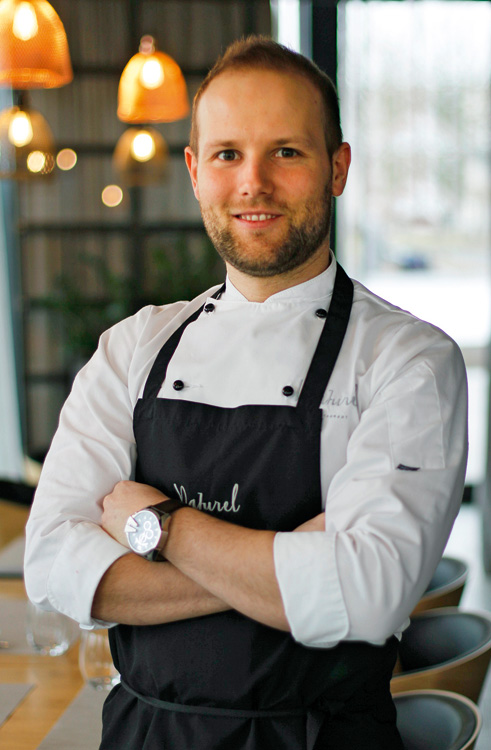 The trouble with Wilanów is that much of it has been built at such breakneck speed that at times other aspects necessary to make a district liveable have been forgotten: of course, I’m talking about restaurants. Don’t get me wrong, it’s always had a pinch of decent eateries, just nothing to make you fork out 50 złoty on a taxi. Then along comes Naturel… Forming the cornerstone of the swank Royal Wilanów project, its name is slightly deceptive, perhaps brining to mind some hipster vegan joint run by people with cartoon characters tattooed on their neck. No chance. Find here a beautiful space that’s generous on light, polished surfaces and bursts of color from seasonal flowers. As it turns out, the name is closely tuned to the culinary philosophy: ingredients are almost exclusively sourced from the chef’s family farm, and those products that aren’t hail from Bio Bazaar. 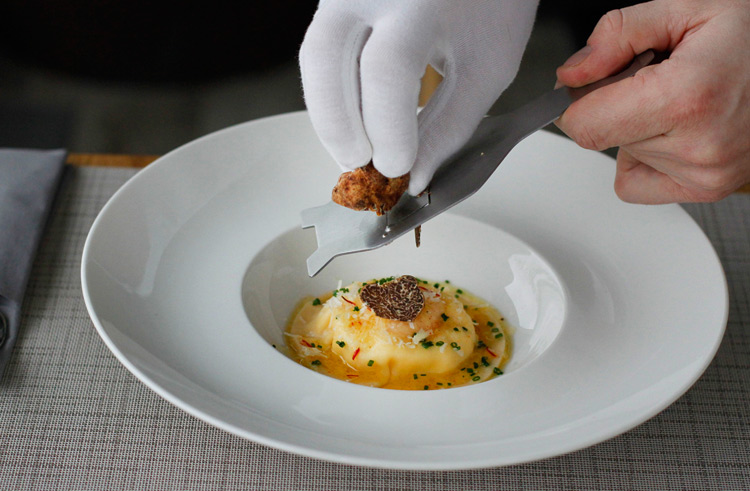 So, just who is the chef? Step forward Marcin Jabłoński, a growing force on the restaurant map. His stock has soared in recent times, and the reason for such soon becomes apparent. Skipping our way through the monthly-changing menu, our lunch begins with a beef tartar served on a slab of pine with a table-side blast of liquid nitrogen. There’s also a raviolo, a masterly dish involving saffron butter, chives, homemade white cheese, egg yolks and parmesan. The combination results in a deep and creamy dish that’s big on melty goodness. 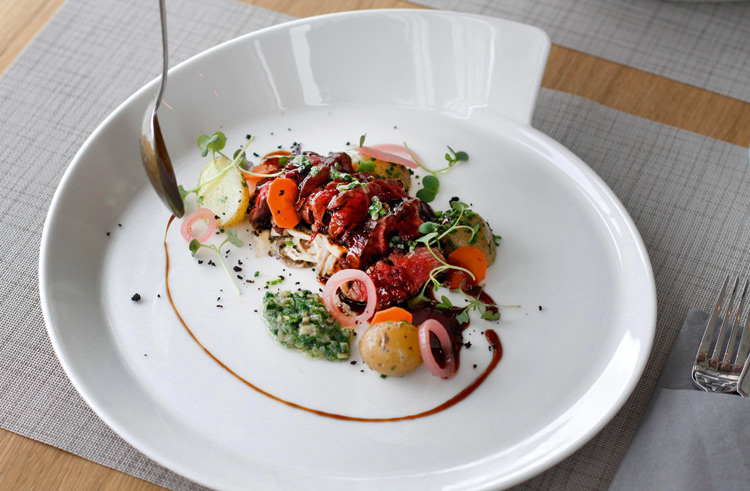 Between courses, there’s a cream of roasted kohlrabi soup, a subtle link to the main event: a full-flavored hanger steak served with a feisty mushroom ragout, lively pickles and potatoes so sweet they practically go pop. A luxurious demi-glace is applied at the table by the chef himself. Ensuring the afternoon finishes with fireworks is a pastry section that knocks-out early contenders for our dessert of the year: first, a brownie with millet, slabs of chocolate cookie and cherry sorbet. Then, a sea buckthorn tart with meringue and avocado/apple ice cream. With slants of spring sunshine sloping through the windows, it’s a moment you wouldn’t mind preserving the rest of eternity. 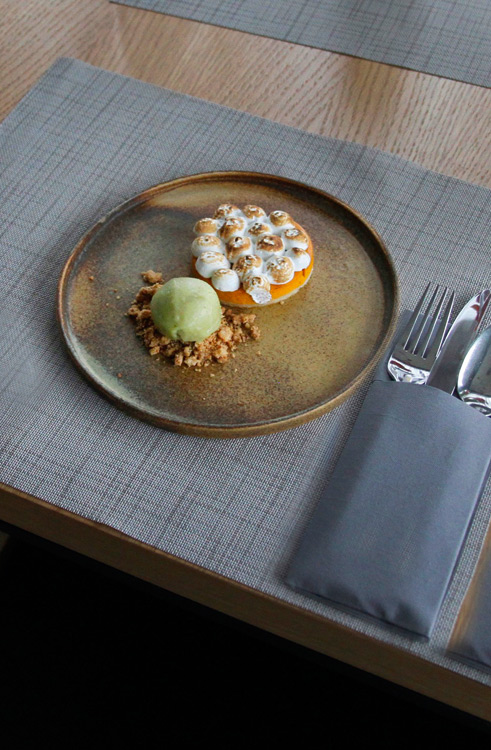