Considered one of the top rising talents in the country, chef Arkadiusz Wilamowski spent seven years working in the three-star kitchens of Paris and London. Now back in Poland, his new restaurant has won rave reviews for its accurate replication of French fine dining…

What were your early days in France like?
I turned up to France thinking I knew everything, but after a week in the kitchen I looked in the mirror and thought, oh my God, I don’t know a thing. Out there, everything in the kitchen commands respect; even if you’re just chopping vegetables, the level of detail that’s required is amazing. French cuisine is the finest in the world, and it’s no coincidence that every good chef uses French techniques as their base.

It sounds like you found yourself on a steep learning curve…
When I started out in France I couldn’t even speak the language: just things like ‘thank you’, or, ‘one baguette, please’. Within six months I was fluent. Each and every kitchen I worked in, I was having to learn from scratch, how to do something in precisely the manner the chef wanted. I remember one time I changed a recipe to save on time – the chef was furious but I admitted my mistake and then explained my actions. After the service finished he promoted me! 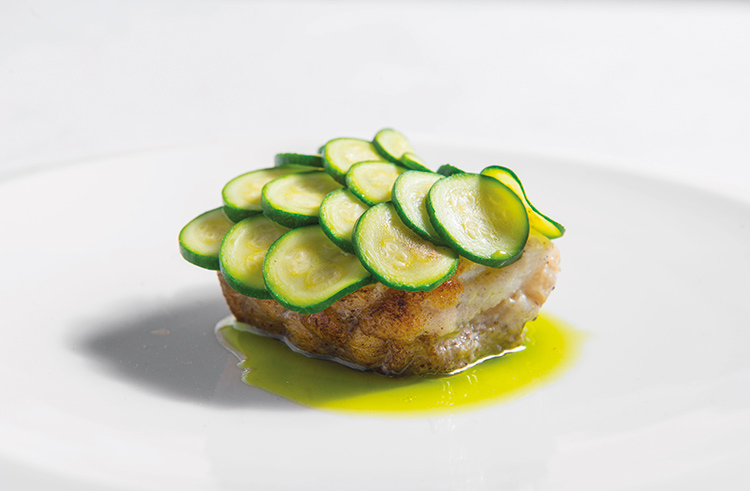 How come you returned to Poland?
Two reasons: first, my wife was due to have a baby. As a Pole, I wanted a Polish baby. Secondly, I’m an owner here. Starting my own restaurant in France wasn’t financially viable. Chefs aspire to own their own restaurant, so now I’m genuinely living the dream. I can do exactly what I want here.

What are the challenges you’ve faced with Chłodna 15?
Firstly, creating the place: finding the right chairs, meeting the guys doing the tables. It took five or six meetings just to decide on the porcelain. It took three months to organize the reception, the front of house, back of house, etc. Now, at last I can cook. I can do my job. Of course, that doesn’t mean it’s easy. Everyday is a new battle with the suppliers. Everyday I have to return produce that isn’t good enough. As a chef you need to maintain the same high standards day after day but finding produce that is of a consistent high quality is a problem. The first order always goes well, but from there it’s always downhill. I won’t cook with ingredients that I feel aren’t perfect, so I have to always be looking to chop and change. Dealing with suppliers is definitely the biggest ongoing challenge. 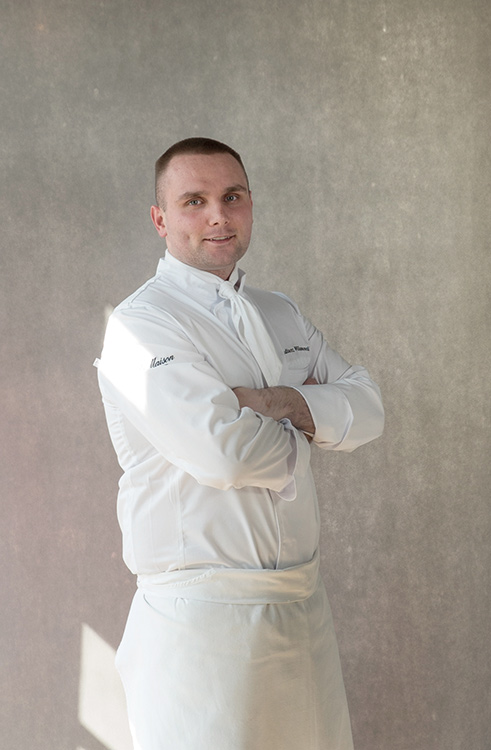 Is that the principal difference between working here and there?
In France you know you’ll be getting good ingredients everyday, but that’s just not the same here. Suppliers need to recognize that chefs and restaurateurs need this consistency. A lot of things need to change, even the customers. We’ve got some great restaurants now in Warsaw, but there’s still too many people here who just want something that’s cheap and big. But these are early days and we’re getting there: the revolution is only beginning.

Explain your fixation with French cuisine…
I simply prefer it to Polish cuisine. Polish cuisine lacks its own techniques and traditions. Even going back to baroque times you’ll find that the Polish monarchs employed French chefs.

You seem driven by detail?
I want to be part of the best of the best. That means you I stand still. I won’t cook a carrot next year the way I do now. You need to be thinking ahead and imagining the future. It’s about thinking long term. Every sauce here takes at least a day to make. I don’t want plates to look the same each day and neither do I use frozen – so yes, I’m always thinking of the future and how to progress. In this job, that requires an intense level of organization. 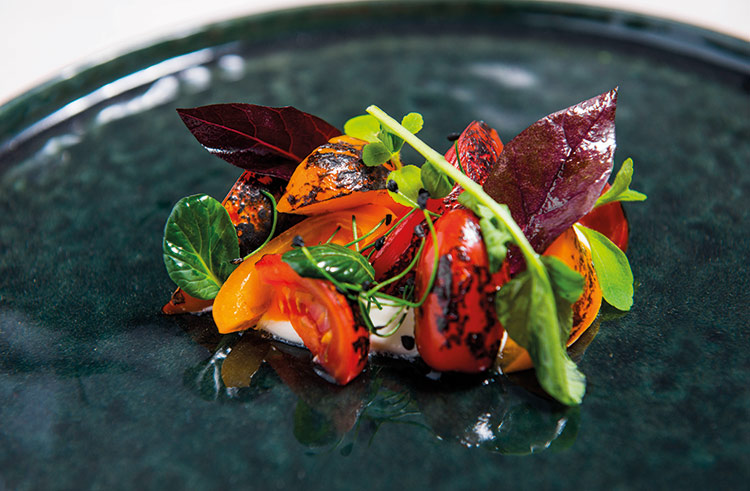 Why do French restaurants remain a rarity in Warsaw?
Most people think of French cuisine as exclusive and expensive – they have that image forged in their mind. Also, most Polish chefs just don’t have the knowledge and experience to execute it properly: to be able to cook French cuisine you need to learn from a French chef. You need to learn from people working at the very highest level: as it is, I’m the only Polish chef in history to have worked under Alain Ducasse.

How do you see the future?
Ask an athlete what they dream of and they’ll say of appearing at the Olympics. They want to be with the best. It’s a similar way of thinking if you’re a chef – you aim for Michelin recognition, so of course that’s my dream. I spent seven years working in Michelin-starred restaurants, and I’ve seen what I need: time. It might take one year, it might take five years, but my target is a star. Sure, some people say that I sound self-confident, but I know what I’m capable of achieving.

What’s your message to those that have yet to visit?
Don’t form an opinion without seeing what we’re about. Come here, see for yourself. I want people to learn what genuine French cuisine is all about. I am obsessed with doing my best, and I’m obsessed with the kitchen – I wake up in the middle of the night thinking about what I can change or how I can do something differently. I want to communicate this obsession.