event27 history69 Uprising13 warsaw uprising15 WWII23
Throughout the day, August 1st will witness a number of official ceremonies with events kicking-off in earnest at 9 a.m. with the laying of...

Throughout the day, August 1st will witness a number of official ceremonies with events kicking-off in earnest at 9 a.m. with the laying of wreaths at the monument to Colonel Antoni Chruściel (commander of the Warsaw district) on Filtrowa 68. More official business will be conducted from 4 p.m. at Powązki’s military cemetery, though for the every man all eyes will fall on 5 p.m. It’s then that Warsaw will grind to a universal standstill to remember W-Hour, the time that the Uprising officially began. 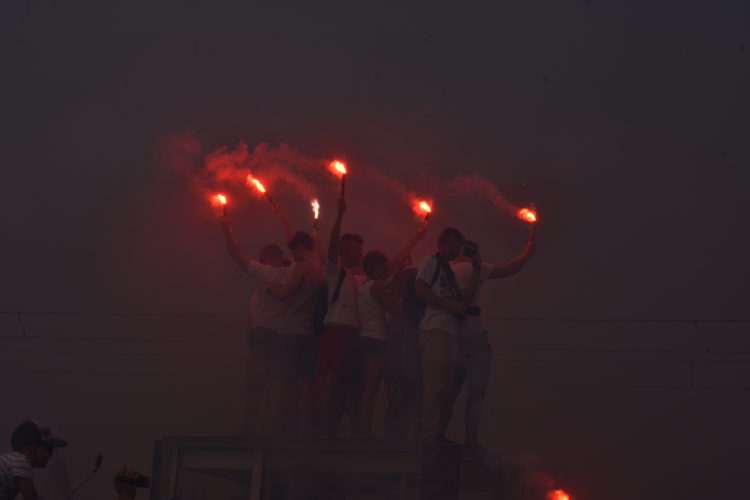 It’s a deeply emotive occasion, and one captured beautifully by the 2012 YouTube video titled There Is A City. Profoundly moving, it’s a fleeting moment during which one feels a deeper understanding of the town we call home. In recent times, Rondo Dmowskiego has become popular with flare-wielding patriots, whilst Pl. Zamkowy has found favor with a more liberal audience. You won’t regret heading to either.

Later in the evening, join thousands of others at Pl. Piłsudskiego at 8 p.m. to sing hymns banned during the occupation. Marked by its electrifying atmosphere of pride and defiance, it’s one of the year’s cultural highlights: don’t worry about not knowing the words, song sheets abound. For further info on scheduled events, visit: 1944.pl