All is not what it seems – in a slow corner of Wielkopolska, secret Cold War preparations for Armageddon have come to light after lying hidden and forgotten beneath a quiet suburban house… Text & Photos: Ed Wight

For six decades it remained hidden, a secret known only to a select few. Even locals in the quiet suburban street where it stands were unaware of the true identity of the house’s occupants or about what lay hidden underneath. 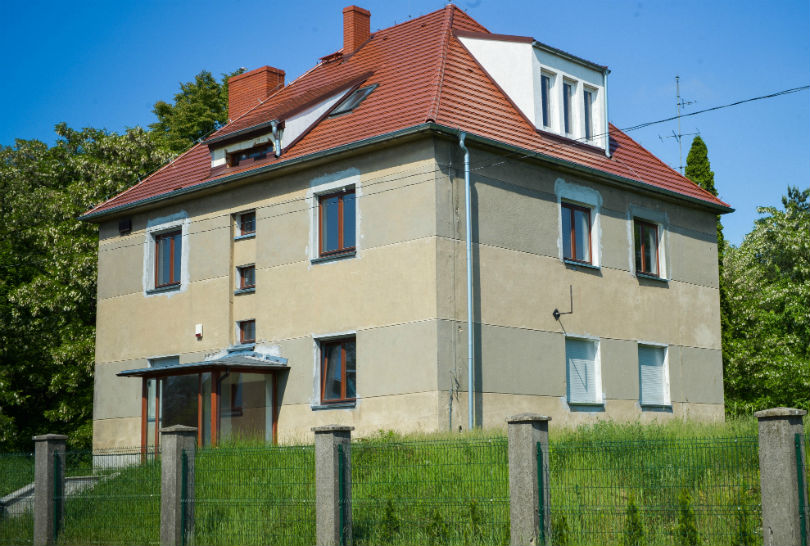 “Throughout its whole history, this place has been shrouded in mystery and rumor,” says Jacek Bartkowiak from the Fight for Independence Museum which now owns the place. “For sure, the people living around here couldn’t help but notice the strange comings and goings of men in uniforms, or of the others flitting in and out of the shadows at odd hours,” continues Jacek. “And they couldn’t help but wonder about the two young girls who played in the garden but who were never allowed to have friends round. But of course, no one dared ask. And none of them could’ve guessed what it really was,” he says.

What it “really was”, was a top secret nuclear command bunker from where operations would be directed in the event of a nuclear attack on Poland. Constructed in the early 1950s at the start of the Cold War the nondescript house, and what was then a state-of-the-art bunker, remained in use right up until the end of the ’90s. Following the collapse of Communism, it was taken over by UOP (Poland’s then Secret Intelligence Service, the Office of State Security), who used it as a safe house for clandestine meetings. When they were disbanded in 2002, the house and bunker were sold to the city of Poznań.

Built on Słupska Street in Krzyżowniki on the outskirts of the city, the two-floored house was originally home to an army officer, his wife and their two daughters. But although maintaining an outwardly normal appearance, they were just a cover to hide the real activity going on below. “Even today, we aren’t allowed to know their names,” says Jacek. “One of the daughters still lives in the area and came back to visit recently. She was quite silent as she walked around the old house, as if she still carried the secrets of her childhood with her. And she refused to go into the bunker. She didn’t say why,” he says. 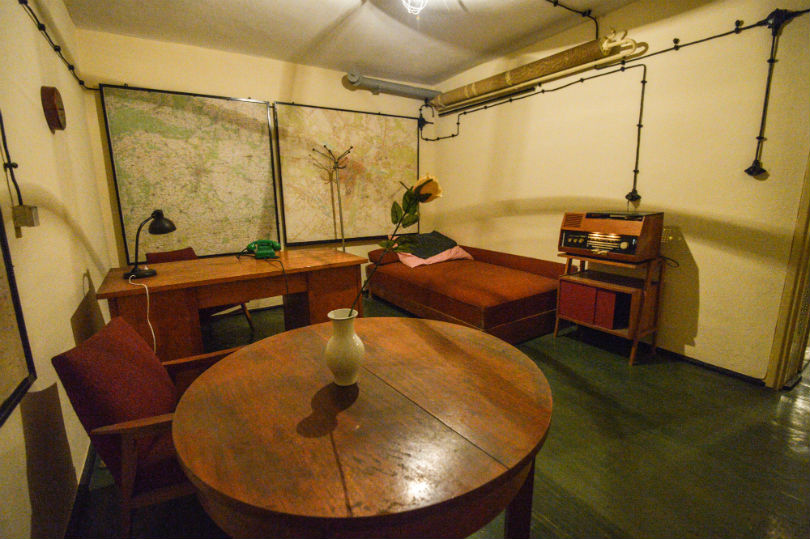 In preparation for war, soldiers were posted in shifts around the clock to both guard and maintain the bunker and to ensure it was war-ready. “As the arms race escalated, and with tensions between East and West running high, by the mid-1960s the prospect of full-out nuclear war was very real,” Jacek continues. “Every region in Poland had something similar to this, but the authorities needed to hide them somewhere inconspicuous. And so they hid this one under a specially-built house and moved a family in to make it look normal,” Jacek explains, leading us to a solid iron door hidden away behind the back of the house where the bunker lies beneath the garage.

“There would have been armed guards here,” he says glancing around as if he expects one to appear. The door opens with an aching creak, revealing a narrow flight of stairs leading into a dark and claustrophobic silence. A central corridor of prison-green stretches ahead, propaganda posters lining the walls, rooms spidering off either side. Spread over 600 square meters, the 30-odd rooms each played a vital function in the defense of the Wielkopolska region.

Originally intended for top military brass, it was later decided to allow the Mayor of Poznań in on the secret, too. “This is his office,” says Jacek as we step inside a small, sparsely decorated room with air pipes crisscrossing the ceiling, throwing giant banana-shaped shadows across the walls. In one corner is a bed, in another a desk with a green telephone.

On the walls are three maps showing post-war Poland, Wielkopolska and 1970s Poznań. “This is where he would have lived in the event of war. Next door is a room where a policeman and a security agent sat,” says Jacek showing us an adjacent guard room no bigger than a cubby hole. A desk, chair and two telephones, one linked directly to Intelligence HQ, the other to Warsaw, fill the space. “Nothing has been changed, it’s all exactly as it was back then, except for the top secret documents, of course,” says Jacek. “But this wasn’t the hub, that’s down here,” he adds, leading us down another corridor and into the command center, a vast room dominated by a central conference table, telephones of green, black and red, and maps on every wall. 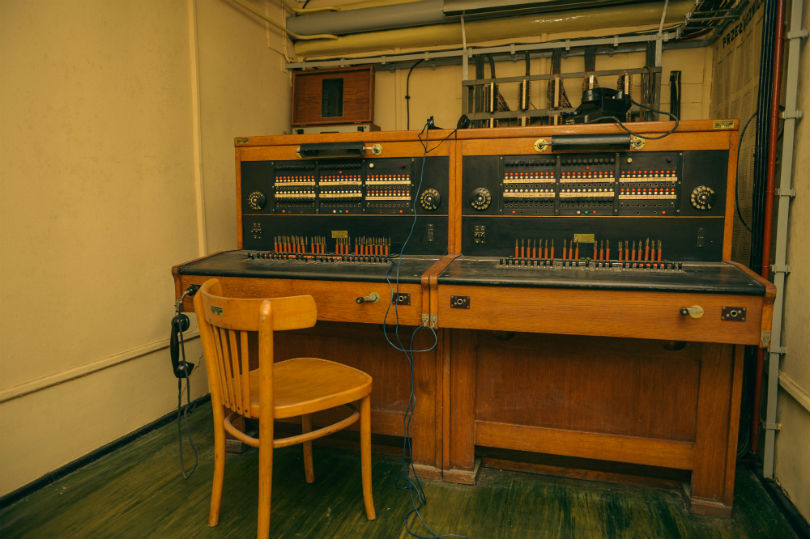 It was in this room that the fate of everyone in the Wielkopolska region would have lain, he explains, with dozens of telephones linked up to all the important government, military and emergency hotlines. “Each map shows where all aircraft in Poland would have been at any given time, including enemy planes and missiles, enabling generals and planners to know where and when to launch counterstrikes. It was the closest they had to real-time intelligence analysis,” he says.

Next door is a telephone exchange, 20 small cubicles placed back-to-back, where operators would have been linked up to important government offices. To sustain life in the 200 capacity bunker, three rooms were stacked with air drums, enough for six months. The drums are still there, and so are the beds, piled in a corner with musty, rotting bed sheets and pillows.

“There’s only one toilet, which must have been a bit awkward,” says Jacek. “And there isn’t a kitchen or canteen. The people working here were expected to bring sandwiches from their homes and eat at their desks.”  He sounds wistful. “The faded memories of a socialist dream,” he mutters as we make our way back outside.