Amid the shift towards natural produce, one famers’ market stands above all the rest: the Insider visits the Kręgliccy family’s fortress of food… 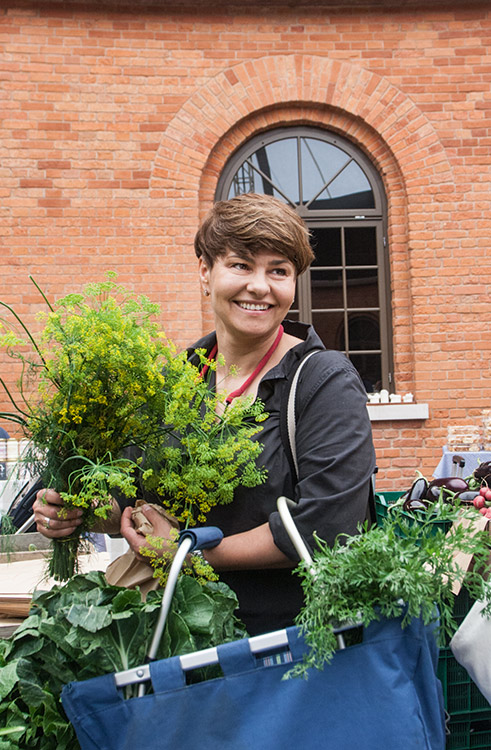 If there’s one thing I used to fear it was the mid-week food shop: those faceless aisles, the plastic produce, the elevator music, the whole ‘have you got the right change’ bit at the till. I’d leave feeling like I’d just been put through a meat grinder. No more. The farmers’ market concept has gained traction in Warsaw, providing a valid alternative to the spirit numbing supermarket. And my favorite? That’ll be Forteca Kręgliccy just to the north of the New Town.

Shame on me, but I’ve only just discovered it. In reality, it’s been functioning for four years – originally as a seasonal venture, but now as a year-round operation that’s open each Wednesday. Set inside a Tsarist fortification, the red brick bastion that houses the market was originally completed in 1854 – not to fulfill any defensive purposes, but more as a sign of dominance over the local population. Ostensibly, this was an Imperial Russian reminder to the Poles as to who the real boss in town was. It survived the ’44 Warsaw Uprising (though it took a few nicks from the Luftwaffe during the 1939 Siege of Warsaw), and after the war passed back into the hands of the Polish army. Then, in 2000, a new page in its history was written after it was snapped up by Marcin, Piotr and Agnieszka of the Kręgliccy family.

“There was no business plan,” says Piotr, “buying this place was gut instinct.” The task in front of them was immense. “The military had basically been using it as a rubbish tip,” he remembers, “and it took 120 ten ton trucks to remove the trash and make the space usable.” It was a scene of complete disrepair. “The roof was completely overgrown, so we sent a herd of goats up on it to act as our lawnmowers.” There were surprises, as well: “you’d be walking down the tunnels and stepping over living people. I’m not going to say they were used for black masses, but some of the graffiti we found in the chambers was certainly weird.” Other sections of the fort were flooded so badly that a diver was recruited to explore the complex. “It was crazy,” says Piotr, “the water was covered in a layer of calcium so when the diver went under it cracked like caramel.” Astonishingly, this exploration revealed passages that had never been previously mapped.

While the restoration of the fort remains an ongoing process, enough has been cleared and renovated to see it regularly rented for blue ribbon events. The jewel in the crown, however, is the weekly market. “The idea with that,” says Agnieszka, “was to support farmers. Of course, in winter the focus falls on importers, but it’s the farmers who I think of as our most precious vendors. I’m interested in real producers, people who’re doing something with their product. If you’ve got milk, fine, but what I want is people who’re doing something with it: making cheese, cheesecake, yogurt, etc.”

While organic isn’t an obligation, it’s certainly promoted: the stall holders, approximately ten of which are permanent, all proudly display certificates and stamps attesting to their methods. With such a high caliber of produce it’s no revelation to find yourself in good company: chef spotting becomes a sport here. On our visit we sight Robert Trzópek, one of Poland’s big culinary names, as well as Daniel Pawełek, proprietor of Butchery & Wine. Cunningly, we hide behind a pillar to spy what they’re up to but are caught red handed by Agnieszka. “What I’d love to see,” she says smiling, “is a place like this in every Warsaw district.” That’s a wish that could well yet materialize, but could anywhere else be as unique as Forteca?