A bumper turnout is expected tonight when Warsaw’s monthly Critical Mass bike ride leaves Pl. Zamkowy one final time. Originating in 2002, the public gathering was originally launched to encourage the use of bikes whilst also drawing attention to the sorry state of available infrastructure. Frequently attracting thousands of riders, the bike ride became notorious for leaving Friday night traffic paralyzed. 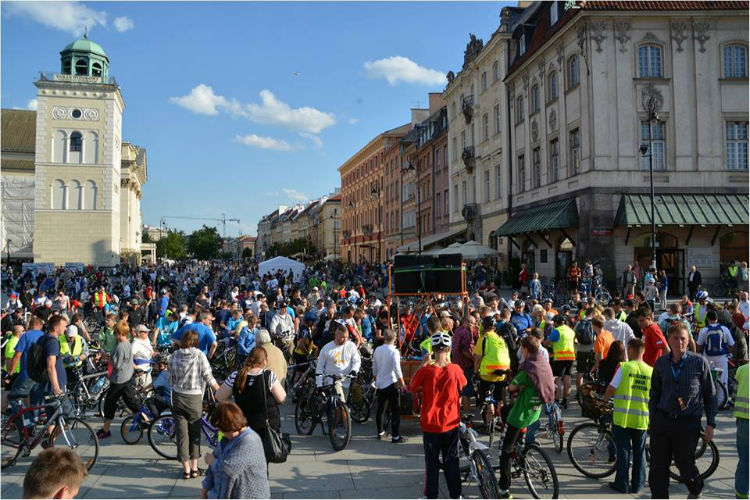 But now, organizers have said that their objectives have been met – the last few years have seen the aggressive development of over 470 km of bike lanes as well as the successful launch of the Veturilo bike share program. Nonetheless, organizers have stated that one-off events will continue, in particular such favorites as the Uprising Ride and the pre-Christmas city bike ride. For further news on meetings check their official facebook page.