Huge, massive, leviathan. Call them what you will, we’ve tracked down the biggest and best places that prove size is everything. BY JAY MARTIN 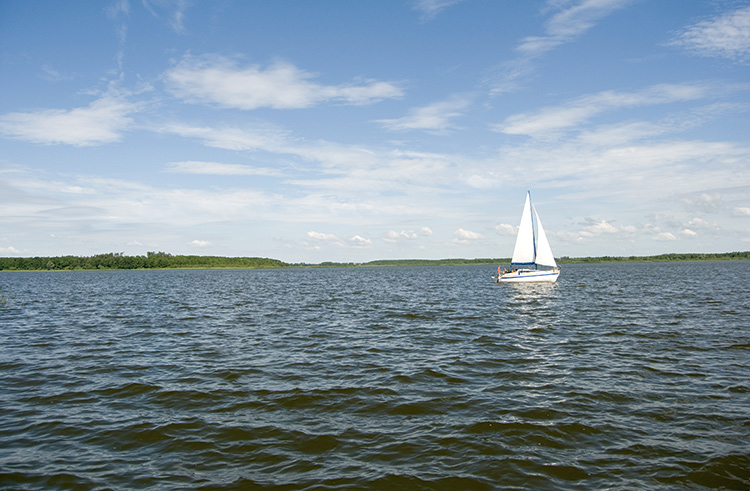 The largest lake in Poland is Śniardwy, in the Masurian Lake District. It ranks at number 115 in Europe, which seems quite unfair when you get there and see how enormous it really is. Although with more than 2,000 to choose from, it also seems unfair to pick just one out for a special mention. The whole region is stunning, especially at this time of year, and you could really do worse than to spend a few days here canoeing, hiking, walking, swimming, fishing, or simply lazing around if that’s your sort of thing. 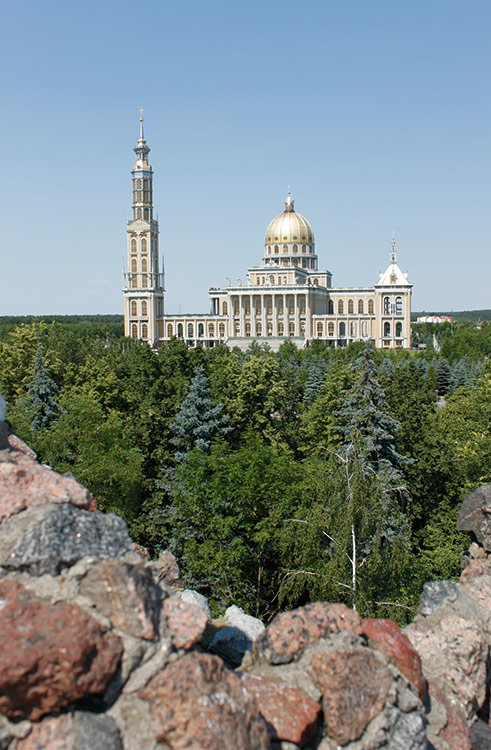 Poland’s Biggest Church – The Basilica of Our Lady of Licheń

Work on the current Licheń Basilica started in 1994, and was only completed in 2004. The result is the biggest church in Poland, and the sixth largest in the world. And even in a country with a lot of competition on the impressive church front, the outcome of this decade-old effort is outstanding.

The ground floor is dedicated to a large open plan space featuring marble plaques naming the private donors who made the Basilica’s construction possible. The vast cavern of the church proper is on the floor above, with space for 30,000 (!!) of the faithful. The courtyard in front is designed to accommodate an extra quarter of a million visitors – which it does on certain days. When I said big, I meant big.

I’m used to European churches either being old, big, ornate and impressive, or new and not much else. What’s fascinating about Licheń (other than its size – did I mention it’s big?) is that it’s ornate, impressive, and only seven years old. No effort – or expense – has been spared here. But with everything being brand new, the vibrancy and freshness of the statues, frescos and decorations is uniquely striking.

The title of most interesting thing at Licheń, though, I reserve for the ‘Golgotha,’ a 30 meter-high hill named after Christ’s crucifixion site and dating from the 1970’s. A marked route leads pilgrims over and around it, past caves marking each station of the Cross. Certain parts of the path are reserved for those traveling on their knees. The decorations betray their origins: their technicolor mosaics, with colored glass casting rainbows on marble statues of angels and cherubs, scream 1974. Sound tacky? It’s fantastic. Don’t even think about missing it. 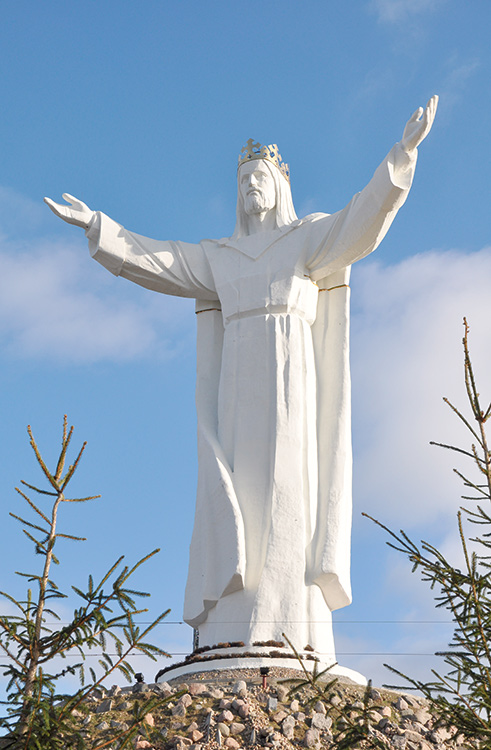 For hundreds of years the town of Świebodzin (pop: 21,000) has been remarkable for being largely unremarkable. Lying about 60kms from the German border, between Warsaw and Berlin but without great connections to either, it’s been going about its business – whatever that may be – largely undisturbed. Yet a single priest with an idea that was ‘just so crazy it might work’ has changed all that. Move over, Rio de Janeiro. As of November 2010, Świebodzin has officially been home to the World’s Biggest Jesus.

At 33 meters high (one for every year of Jesus’ life), Świebodzin’s plaster and fiberglass ‘Christ the King’ pips the former title holder, Rio’s ‘Christ the Redeemer,’ by around 3 meters. His outstretched arms span 25 meters. Designing and building him took nine years, with the $1.5 million price tag met entirely from private donations. Think of Rio’s majestic icon towering over the global city from the top of a cliff. Now, imagine something completely different and you’ve got Świebodzin. Świebodzin’s monument to its faith rises from a field of cabbages, across the road from the local Tesco supermarket. The initial impression is hardly overwhelming.

But it was simply impossible not to be swept along by the enthusiasm of the crowd at the official opening in November. “Imagine, the ruler of the universe – on Polish soil!” said one member of a delegation who’d travelled all the way from Kielce to be there. “People will definitely come from all over the world to see it,” was the opinion of any number of people I spoke to. Well I did, so that makes at least one. 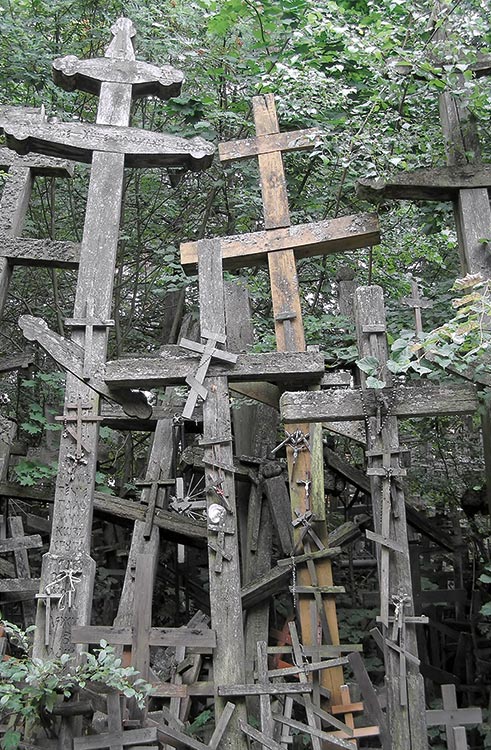 The Hill of Crosses – Grabarka

While technically more numerous than large, the Holy Hill (Święta Góra) at Grabarka is certainly noteworthy, with the added advantage of not being very far from Warsaw. It was in 1710, in the midst of an outbreak of cholera that had killed thousands, that one local villager had a dream that the only way to survive was to take a cross to the Hill and drink from the stream. He passed on the information to the local priest, who marched the whole village up there at once. His efforts were successful, with (as legend has it) no one else dying from the epidemic from that moment onwards.

In the 300 years since, thousands of pilgrims have followed in the footsteps of these first pilgrims, leaving crosses and prayers among the pine and birch trees that cover the mound. Estimates of the numbers of crosses now standing there vary from 10,000 to 20,000. Most are Orthodox, distinguished from a Catholic or Protestant crucifix by two extra horizontal pieces, although the Hill is held responsible for granting miracles to those of all faiths – or even of none. So you really have nothing to lose.

Stary Licheń: Lies not far off the Łowicz-Poznań motorway, about three hours from Warsaw. The town’s amenities consist almost entirely of Licheń Basilica trinket sellers, although basic food and accommodation for pilgrims is available at the Basilica itself if you want to immerse yourself in the experience.

Świebodzin: Wave at it from your train carriage on the way to Berlin, or hop off and say hello. By car, head to the end of the Łowicz-Poznań motorway, follow the signs, and about five hours from Warsaw you’ll be there.

Grabarka: About two and a half hours by car or three hours by local train from Warsaw will get you there, making for a very achievable day trip. A stop at the banks of the nearby River Bug for a picnic should have you waxing lyrical on the beauty of the Polish countryside in summer.