Poland stopped making sense to me years back. How is it, for example, that the country suddenly has its own legitimate wine? That happened when? The last time I tried some – granted, several years back – the body’s gag reflex instantly kicked-in. I physically recoiled as if I had drunk diesel. And yet here I am in Dyletanci, not just enjoying a Polish wine, but openly discussing it as my potential tipple for the hot months ahead. 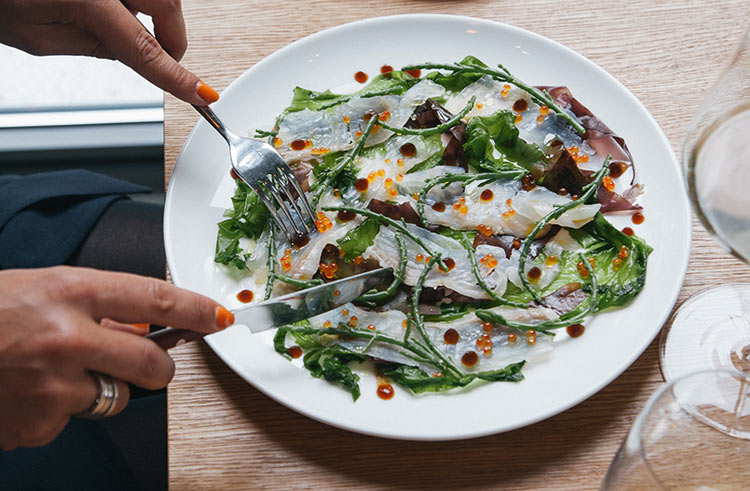 I’m drinking something called Dom Bliskowice F&14, a fresh, mineral white that’s elegant, light and perfect for the weather: outside, the sun is out and Powiśle has revealed itself in a swirling cape of emerald green. The world feels good and Warsaw even better. It so happens that I find myself in the very crucible of all that positivity. It’s Monday afternoon but Dyletanci is close to capacity with crisp, modern citizens that radiate confidence. Spread on a green banquette, with Tom Dixon lamps hanging overhead, I savor the affluence in the hope that some rubs off.

Wine is a big deal here, and it’s not just Polish. The co-owner, Maciej Sondij, is perched in the wine store with spreadsheets in front. “Our portfolio,” he says, “is exceptional for Europe. Nothing comes from secondary sources, every producer you’ll see on the shelf is known personally by us.” Opened in April, his idea was straightforward: to open a restaurant that would serve as a platform for the wine. With Maciej handling that side, the food has been left to Rafał Hreczaniuk, a workaholic chef with outrageous talent. 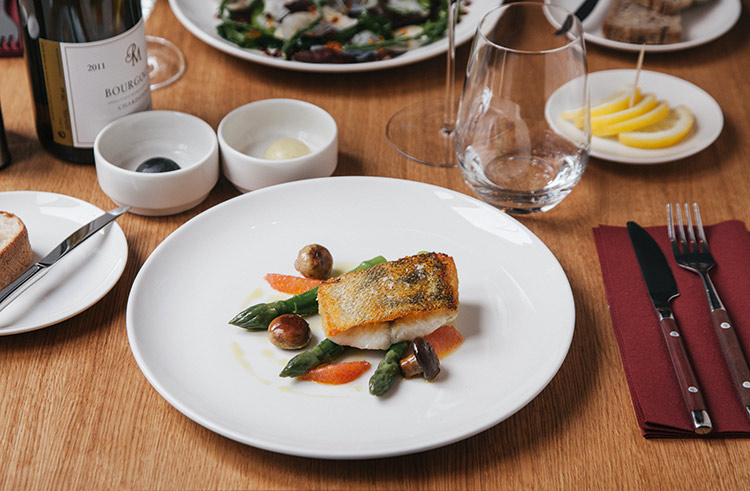 He enters the restaurant looking like he’s worked for 40 days straight (he has, he confirms), but if he’s jaded then you’d never guess: a brilliant performance sees our table run through a striking exploration of taste and flavor. “Some say I’m cooking modern Polish,” says Rafał, “but I prefer to call it eclectic – I’ll play with anything that’s fresh and hopefully pull it off.” He does: there a halibut carpaccio with umami and sprinkles of caviar; a beef tartar that’s exquisite in taste and presentation; and a zander fillet that thrills with every bite – if I wondered why Dyletanci was full then now I know why.