city center999 coronavirus12 delivery11 home delivery13 japanese49 sushi34 vegan59
Of Warsaw’s fifty plus vegan restaurants few have caught the imagination as much as Edamame: ranked by the international portal HappyCow as the city’s...

Of Warsaw’s fifty plus vegan restaurants few have caught the imagination as much as Edamame: ranked by the international portal HappyCow as the city’s top vegan restaurant, what sounds like an almost ludicrous concept – sushi without its primary ingredient – transpires to be every bit as good as the hype. Our evidence? None other than ‘the Insider kid’!
Offering contactless delivery or personal pick-up, we chose the latter given we’re right round the corner and found ourselves welcomed warmly by a Buddha-like guy surveying his kingdom whilst readying our bags. 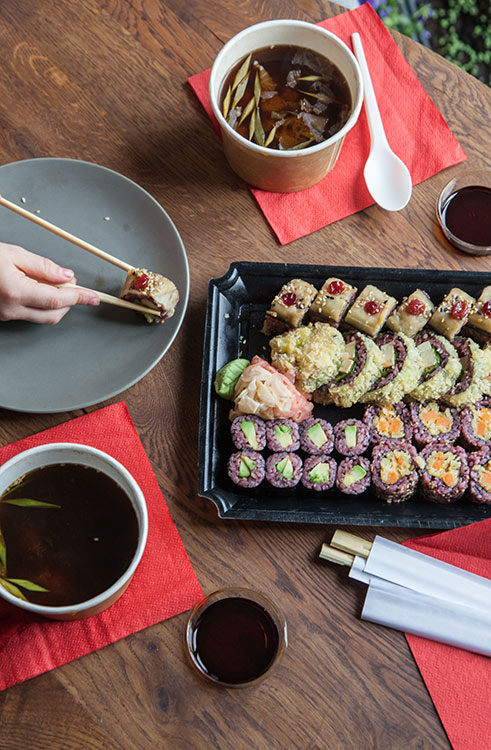 The Verdict
Keeping ‘the kid’ in the dark as to the vegan nature of this all, Edamame proved a hands down hit for its freshness of flavor, intriguing combinations and powerful tastes. And really, as daft as it sounds, you feel Edamame could easily go head-to-head with Warsaw’s ‘proper’ sushi joints and still come out triumphant. Asked after by ‘the kid’ what the name of the restaurant was, her response, said it all. “Well,” she replied with childlike cuteness, “they should have just called it Good Food Restaurant.”