Marek Edelman, the Jewish freedom fighter and political activist, is back on the walls of Muranów two years after a mural celebrating his life was controversially destroyed. Once found adorning Nowolipki 9B, the original mural was created to commemorate the 70th anniversary of the Warsaw Ghetto Uprising but found itself painted over within 18 months. Now, artist Dariusz Paczkowski has reprised his work on the side of the school at Karmelicka 26. 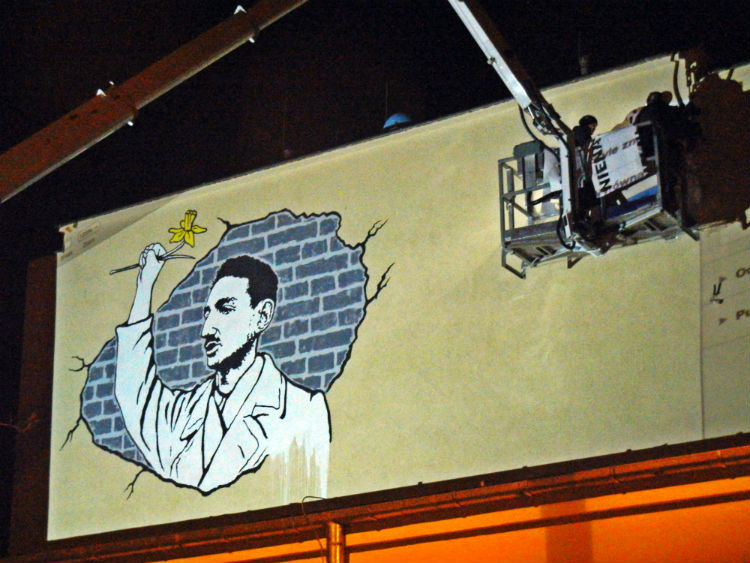 Edelman, who passed away in 2009, is best known for the role he played in the 1943 Ghetto Uprising: he assumed leadership of the doomed rebellion after Mordechai Anielewicz committed suicide as the Nazis approached the Jewish HQ on ul. Miła (itself a short walk from the new mural). Later, Edelman fought in the 1944 Warsaw Uprising and became a prominent cardiologist after the war. An anti-communist and proud Polish patriot, he advised Solidarity during the round table talks of 1989 and, in 1998, was awarded Poland’s highest honor: The Order of the White Eagle. Considered both a local and national hero, his return to Muranów has not come soon enough. 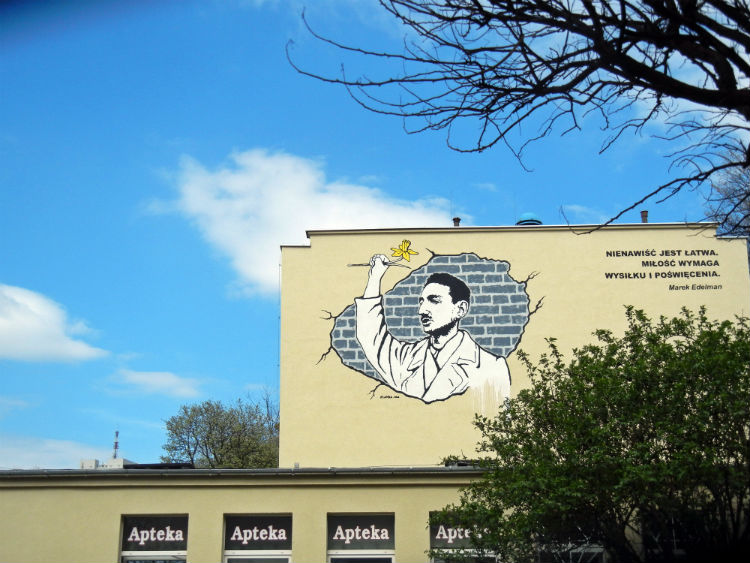