Emilia On The Move

Cited as one of the most outstanding examples of post-modernism in Poland, the future of the Emilia building on Emili Plater looks a little more assured after it was confirmed that the structure will be disassembled and then moved to a new location by the Palace of Culture. The fate of Emilia had been at the center of a storm after Griffin Real Estate purchased the original plot and announced plans to build a new skyscraper on the site. 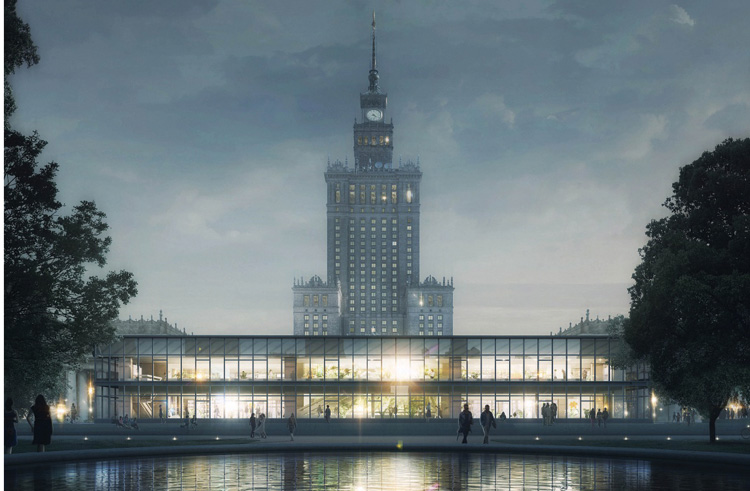 “This is an unprecedented event,” said Paweł Łoziński of Emilia Development, “because it reconciles the interests of both the investor and the public.” The complex operation to shift the structure to its new home will last until 2018. While Emilia originally functioned as a furniture store during communism, its last few years saw it host the seat of the Museum of Modern Art. Plans for the future envisage a similar cultural role for this legendary building.