Opened in 1970, Dom Meblowy Emilia was hailed as one of the outstanding examples of post-war modernism in Poland, largely thanks to a visionary aesthetic reliant on wide open spaces and a glass facade designed to ‘blur the lines between outside and in’. 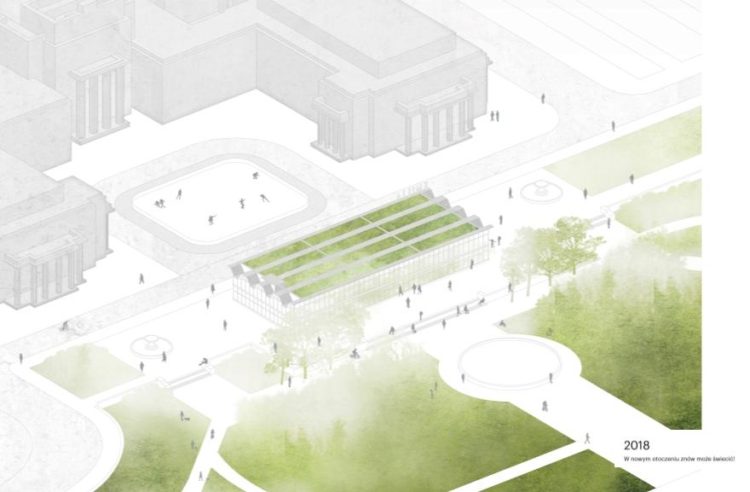 When it was announced that the plot it stood on had been sold to make way for a skyscraper, the news was met first with anger and then disbelief. Disbelief because rather than just demolishing the structure, the decision was taken to dismantle it and then reassemble it across the road. “This project has no precedent,” says Deputy Mayor, Michał Olszewski, “this is the first time the city has concluded an agreement with a private contractor to relocate a historic building.” 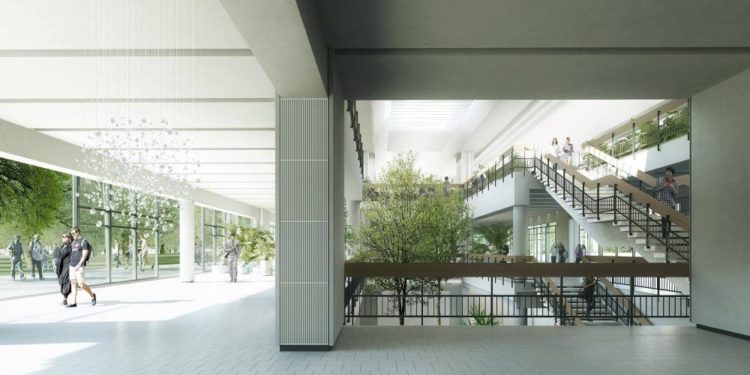 Costing approximately 25 million, the ambitious project is set to get underway in the coming months and will see Emilia 2.0 rise next to Świętokrzyski Park. Earmarked to serve as a cultural center and meeting space, the plans include the introduction of heavy bursts of greenery and a grass-covered roof.

“We hope to integrate the building with the park space outside,” says Wojciech Kotecki of BBGK Architecki, “with Emilia functioning as an urban conservatory and meeting place, not to mention as an object resistant to frost and smog.”