With developers circling vulture-like around Warsaw’s post-war modernist buildings, time is running out for one of its stars: Emilia… By Alex Webber | Photographs by Ed Wight 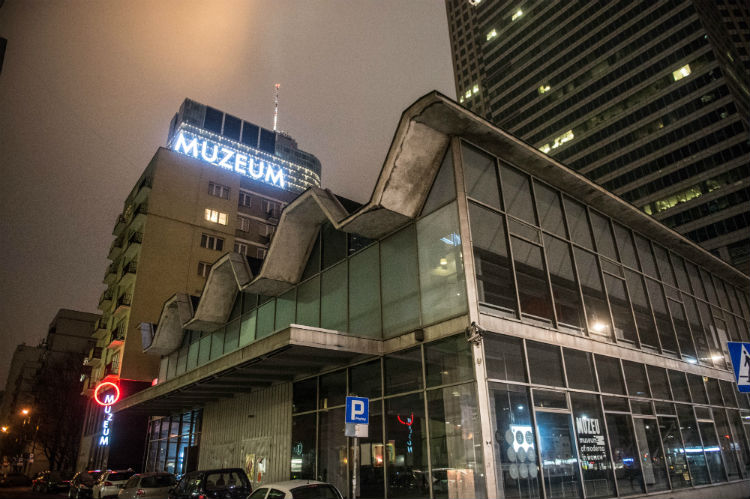 Out with the old and in with the new: the radical reshaping of Warsaw has seen swathes of the city ripped down and replaced with spiraling glass towers that mirror each other. Architecturally speaking, losses in recent years have been numerous: the tsunami-roofed SuperSam, the upside down pyramid that was Ciech and, a few months back, that big lump of concrete otherwise called Sezam. And these are just the tip of the iceberg.

Yet one man’s carbuncle is another man’s joy, and as the city looks to place more of its post-war modernist pearls on the sacrificial alter as offerings to the money gods of commercial real estate, public dissent has continued to grow. Galvanized by news that the Syreni Śpiew building is to to make way for luxury apartments, locals have banded together to voice their outrage at the perceived destruction of the city’s contemporary history. 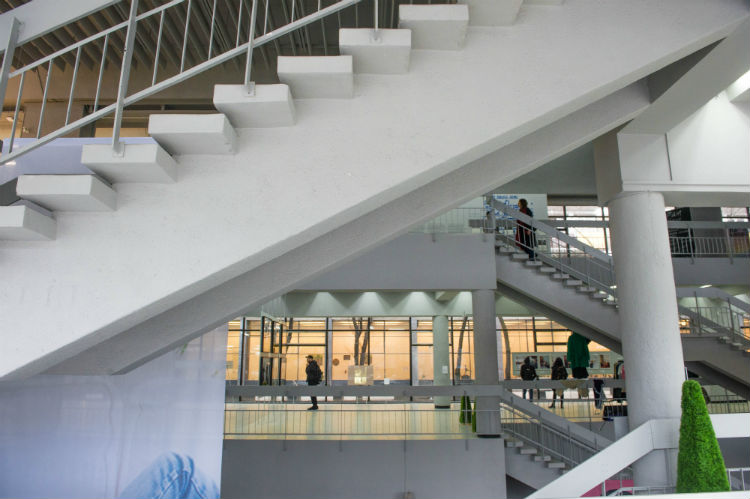 Such has been the level of feeling, Barbara Jezierska, the new conservator for the Mazovian region, has promised to think first not of the developers, ‘but the legacy of Warsaw’. Furthermore, the spirited backlash has prompted the city to add 44 structures to an updated master list of protected buildings: among them Most Gdański, the Wilanów Poster Musuem and the hammerhead building on Smolna 8.

For some, this has not been enough, and that’s principally due to the drama currently enveloping the Emilia building on ul. Emilii Plater 51. Completed in 1969 (and only after an original section of the roof crashed down during the construction phase), but officially opened on January 15th, 1970, Dom Meblowy Emilia has been cited as one of the outstanding remaining examples of post-war modernism in the country – mainly thanks to an aesthetic that was perceived visionary at the time: wide open spaces and a glass frontage designed to ‘blur the lines between outside and in’. 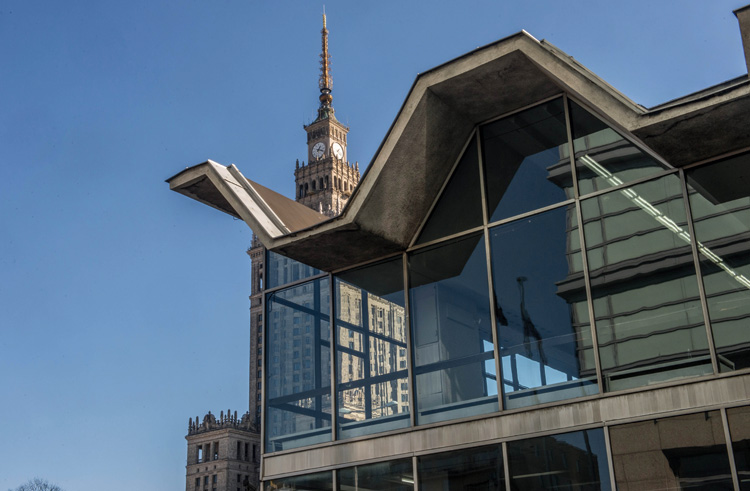 Functioning for decades as a furniture store that never really evolved beyond stocking furniture hailing from the KGB school of cheery design, the last eight years have seen this landmark handed a new lease of life by its present tenants: the Museum of Modern Art in Warsaw. The current exhibitions are, as visitors have grown to expect, challenging, ambiguous and provocative in equal measure. Why We Have Wars poses the question, ‘who are outsiders?’ Bread & Roses, meanwhile, contemplates ‘the way artists define their status and position in the realm of an ever-widening economic gap’. 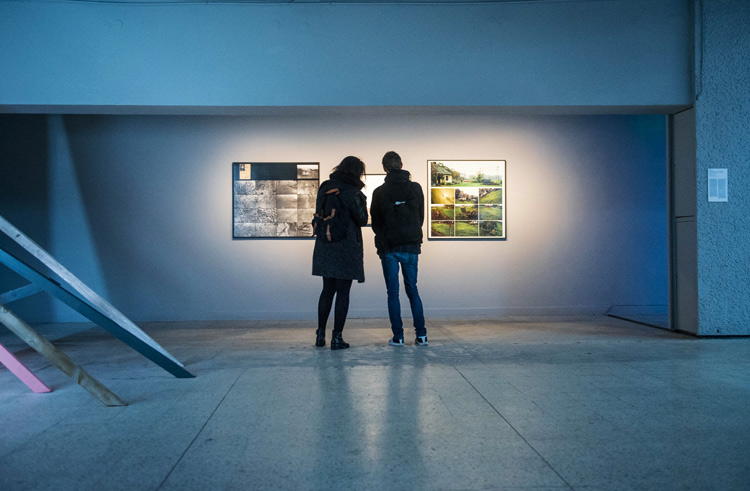 But do not let the complexity and weighty matter of these exhibitions deter a visit. Whether or not any of it makes any sense – and much of it frequently doesn’t – isn’t here nor there. That’s because the real triumph of this museum isn’t so much it’s art, rather it’s wider philosophy. Charging a grand sum of zero for entry, it’s more than just a handy place to hide from inclement weather. Probably intentional but possibly not, much of the art is witty and fun, and engages even the most culturally challenged. The rest of the space, meanwhile, includes a communal wifi zone within touching distance of the Palace of Culture, not to mention an auditorium that witnesses often heated debates discussing such topics as the future of Warsaw’s modernist structures. 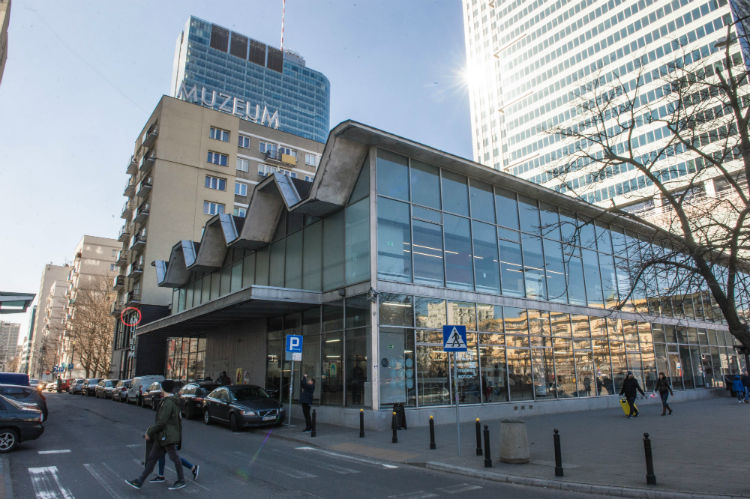 That, as might have been suggested before, is a subject particularly pertinent to Emilia. Purchased by Griffin Real Estate four years ago for zł. 115 million, the very future of this plot has become a hot potato. If Griffin get their wish, then it’ll be replaced by a 207-meter skyscraper – which, according to some blueprints, will be built in the vein of Malmo’s epic Twisted Torso tower. Conservationists, however, are fighting tooth and nail to protect the building and keep it in its original form.

The story, though, has taken an unexpected twist, with Griffin’s representatives making a remarkable offer to shift Emilia to a new site: the empty asphalt tundra in front of PKiN. The zł. 24 million cost of this bold project would be covered in part by Griffin, and in part by City Hall. But the situation, it seems, is changing almost daily. Deals and developments have been conducted at such a lightning pace that transparency has often been lost in the resulting whir of handshakes, chicanery and PR maneuvers. 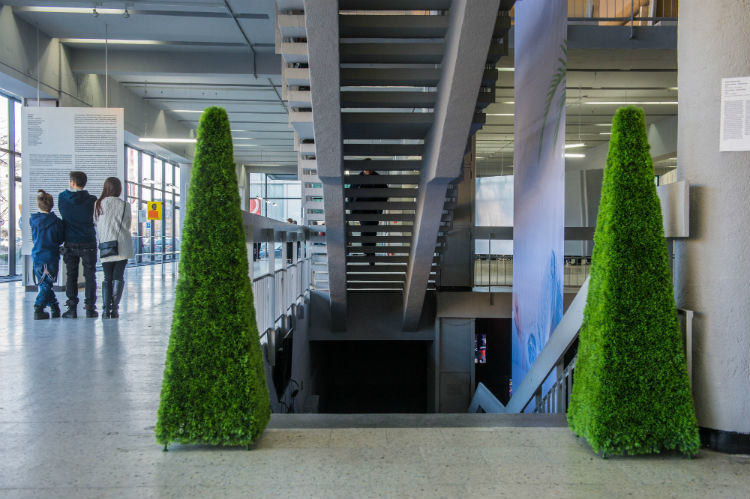 What happens next is largely based on guesswork, though past history suggests the developer will get his way. That this time – for the first time, even – it appears to be a developer with a social conscience offers some semblance of solace. In the meantime, the message is loud and clear: visit Emilia while you can, for soon these words may no longer be anything more than an obituary. With the Museum of Modern Art in Warsaw due to leave in May (apparently to take up new digs in Powiśle), chances are running out to view this stunner in the place it was born – use that opportunity while you can.