Ever since I can remember, New Town has been searching for a wine bar to laud. After years of waiting, that came along in 2009. Enoteka it was called, a restaurant / wine bar with its seat on Długa. Its impact extended beyond the area, and it wasn’t long before it was outmaneuvering well-established rivals. Then, out of the blue, it was forced to close due to circumstances beyond their control. Having bided their time, Enoteka returned to the frontline late last year in new lodgings overlooking Rynek Nowego Miasto. 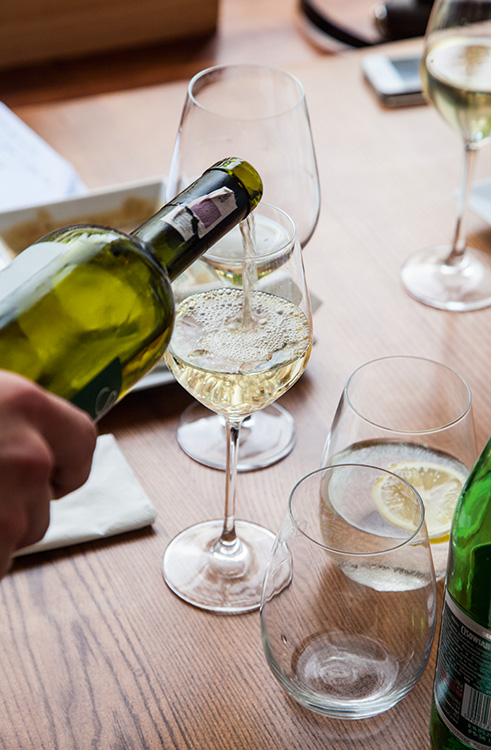 Say what you like about New Town, but most people are happy to profess they prefer it to Old Town. Whereas the latter feels faked for the tourists, its younger neighbor has an atmosphere that’s altogether more ‘genuine’ – people live there, it’s not a district that exists for the benefit of outsiders. Despite that, it manages to retain that specific ambiance of the historic center. How’s all that relevant to Enoteka? Because that’s the reason their new roost works so well. Rested on the corner of square, just sitting on their terrace is a pleasant sensation. Moving inside, the L-shaped space feels equally correct: tall ceilings, big windows, marble floors and an overwhelming sense of light and sun. The mood is good. 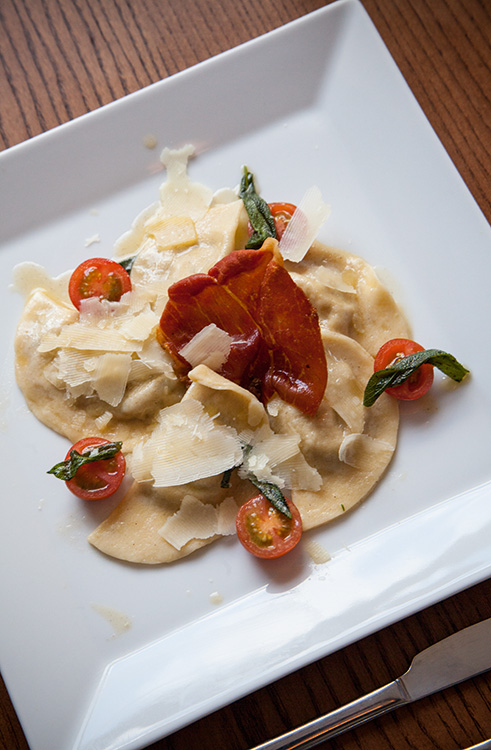 The importance with which Enoteka hold wine cannot be understated. With a portfolio curated by importer Maciej Bombol, the stars of show are found both on the wine list and a small store set in the corner. Though the core is Italian, others are available, not least wines from upcoming Polish vineyards such as Solaris. “Nearly every time,” says Maciej, “people are surprised by the quality coming from this country.” Rare finds are numerous, so it’s a small shock that the prices remain so moderate. “They’re not that far removed from the place of origin,” adds Maciej. “If you’re an importer, getting a good wine isn’t all that hard – the tricky part is to get that good wine at a good price…” 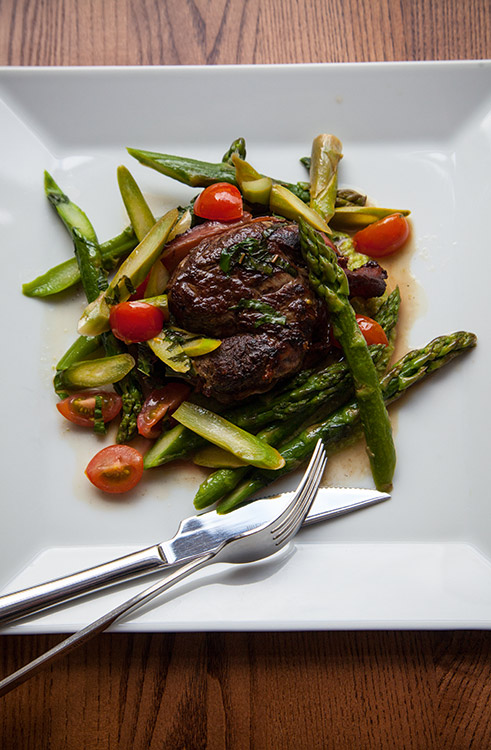 Without doubt, wine of such caliber demands the right food to match. Enoteka has that. Electing to start with a topinambur soup, we’re rewarded with a rich, smooth course that’s not short on class. Even better is the creamy Agnolloti pasta. Filled with porcini mushrooms and ricotta cheese, and capped with slithers of roasted Parma ham, it’s simple but a standout. These are not attempts at a kitchen revolution, rather a concentrated focus on a menu that makes sense. So as expected, the beef tenderloin is a genuine work of truth: a thick hunk of quality local meat served amid a fusillade of seasonal greens. Deeply satisfying, it feels like an apt reflection of what Enoteka’s all about.