events5 lgbt3 weekend132
Set to take place on June 19th, participants will gather outside the Palace of Culture & Science and 2 p.m. before setting off an...

Postponed last year due to the pandemic, it’s been announced that Warsaw’s annual Equality Parade will return after its enforced hiatus.

Set to take place on June 19th, participants will gather outside the Palace of Culture & Science and 2 p.m. before setting off an hour later. In line with covid protocols, organizers have stressed that all those attending should wear masks and keep safe distances.

As it stands, the four kilometer route will only be announced a short time beforehand to prevent any potential counter-demonstrations.

Traditionally known for its street party vibe, this year the organizers have promised something altogether more modest – both in numbers and fanfare. 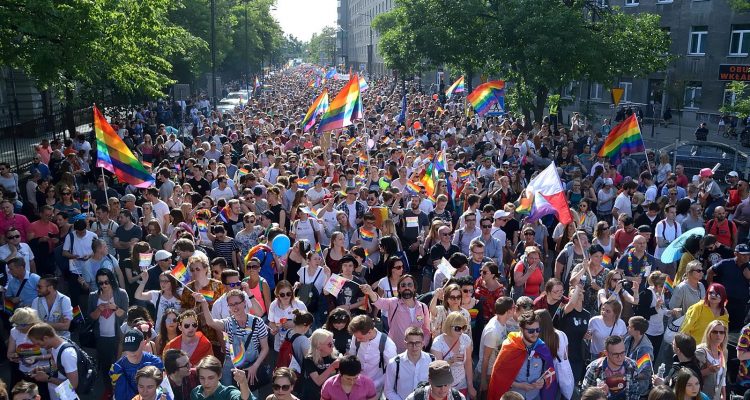 “It will be a little different to the usual parades we’ve had in the past,” says Julia Macioch, one of the parade’s organizers. “It won’t be as loud and there won’t be as many people. Even so, it will be an opportunity for people to meet and demonstrate together. Moreover, if only for a brief moment, we can again come together as a community.”

Early forecasts suggest that as many as 6,000 people will join the march.