Originally rectangular, as opposed to triangular, and nearly twice its current size, Rynek Nowego Miasto has always been the focal point of New Town. From 1408, when it was granted its own charter, Nowa Warszawa as it was known functioned independently from Warsaw. It wasn’t until 1791 that the settlement was incorporated into the city, a move which prompted the 1818 demolition of the town hall that had once formed the centerpiece of the Rynek.

More destruction followed in the next century: the 1944 Warsaw Uprising saw the district come under heavy bombardment, resulting in wide scale devastation and massive casualties – on August 31st a direct hit on the domed St. Kazimerz Church killed a thousand civilians who had sought shelter inside. Originally built in 1688 to serve as a private residence, the church was rebuilt in the years following the war.

So too was the rest of the square, with telltale Socialist Realist elements added: check the allegorical animals above the doorways. Other additions included the two stone bears, one with a Medusa on his shield, the other with a pharaoh. While the story behind these animals is unknown, the virgin and the unicorn on the nearby 19th century well hark to the time that this pair were the symbol of Nowa Warszawa. 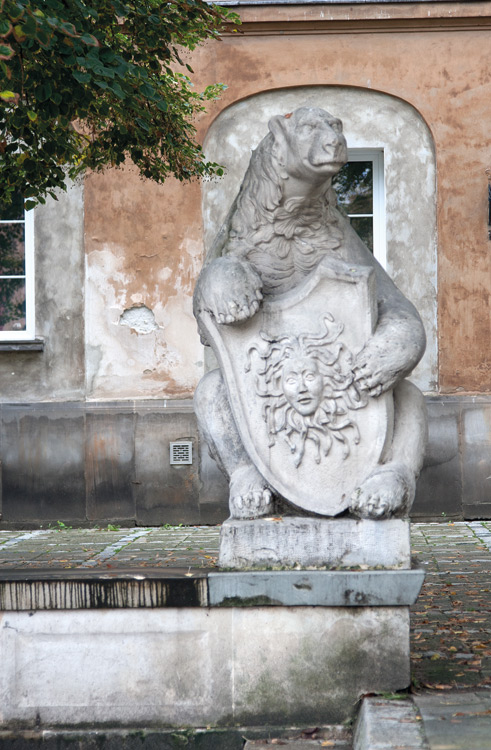 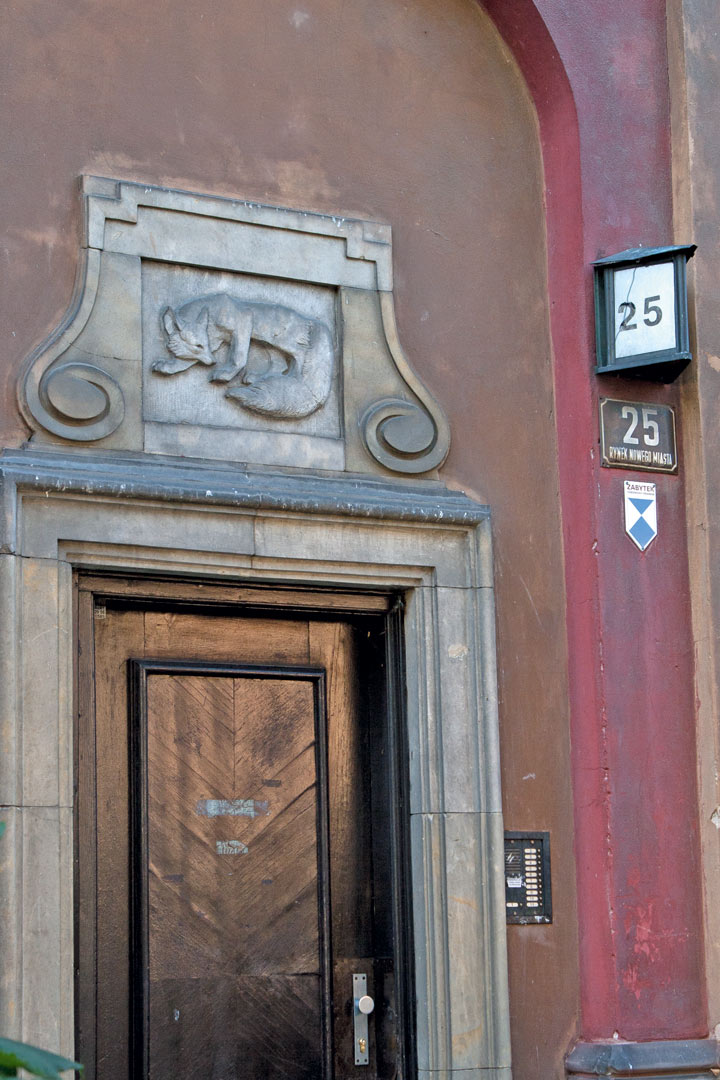