Can’t wait for the pubs to open? Then we’ve collected our favorite stores selling freshly tapped beer from the country’s artisan breweries. Despite diabolical, and frankly petrifying forecasts as to their longer-term future, Poland’s craft producers have continued to do what they do best – churn out some of the most innovative artisanal beers in Europe. There’s specialty stores aplenty, including ten or so fitted with taps pouring fresh-batch deliveries into bottles and growlers. For up-to-the-minute info, check the rather fantastic ontap website. 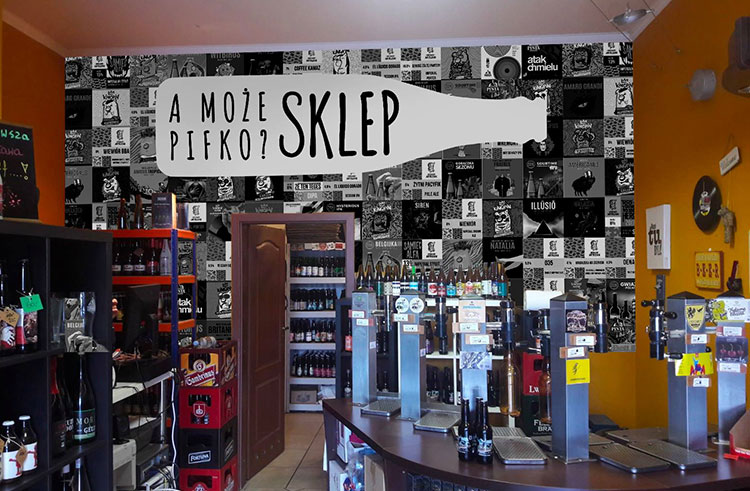 A Może Pifko
Kabacki Dukt 8
Kabaty has a gold mine in the form of A Może Pifko, a store with some 500 or so different beers and about fifteen or so taps manned by well-informed staff accustomed to everyday dealings with craft nerds – as things stand, find them pouring beers from innovative domestic breweries such as Browar Stu Mostów, Monsters, and our lockdown star: Funky Fluid. 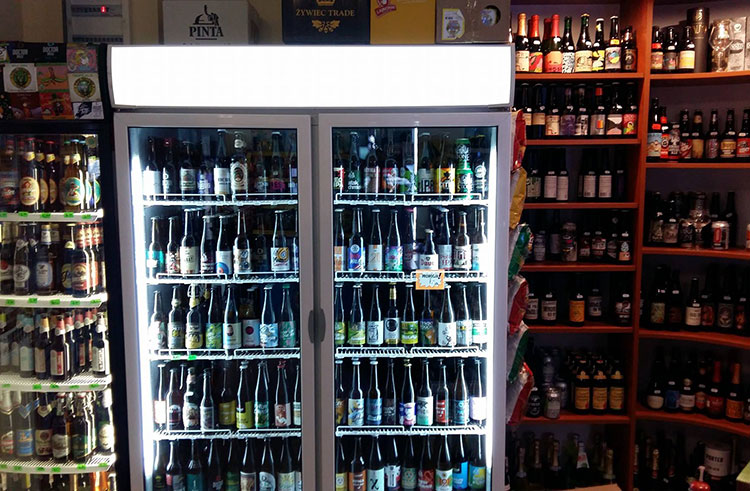 Czarodziejka Gorzałka
Kabacki Dukt 4
Something of a veteran in terms of its longevity, head thee to Czarodziejka Gorzałka for a cracking selection of bottles sourced from Poland’s experimental breweries as well as a choice of ten or so taps pouring all from Frizzante and light lagers to freshly delivered beers from the country’s top producers: currently, don’t miss out on Warsaw-based Palatum’s Mr Happy, a tropical double IPA that’ll blow your socks off. 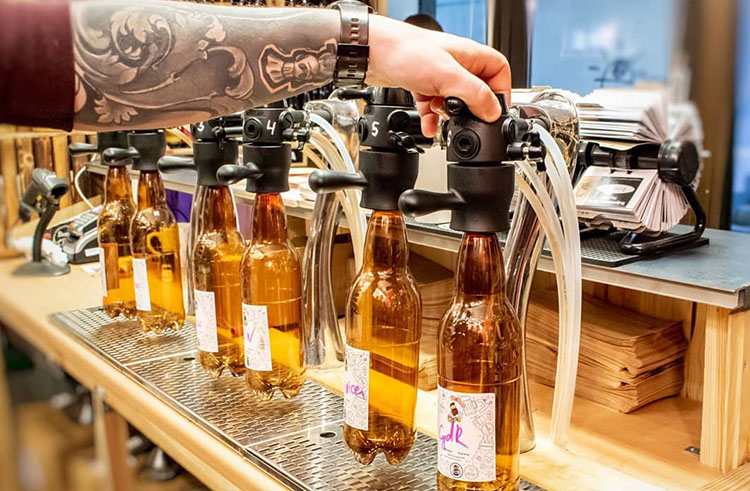 Dr. Beer
Rondo Waszyngtona
Those living in Saska Kępa have a true neighborhood hero in the shape of Dr. Beer. Find a roster of six taps as well as a diverse shelf offer featuring a broad range of Polish ciders, salted snacks and every genre of beer you could ever imagine inside a subterranean-style bolt hole in the passage running below Rondo Waszyngtona. 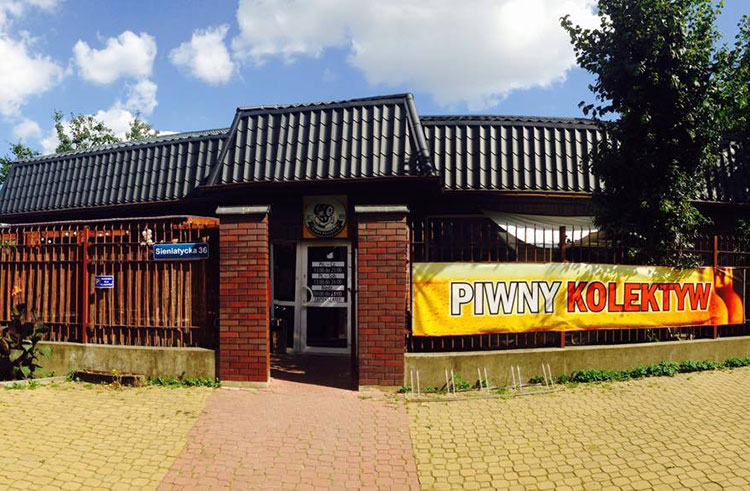 Piwny Kolektyw
Siemiatycka 36
Numerous taps to choose from, many with a permanent offer set aside for wines and Lithuanian beers. Further, find a more inter-changeable Polish craft offer presenting the latest brewery fresh beers delivered from the likes of Funky Fluid, Trzech Kumpli and Pinta. Fully adapted to the lockdown with plexiglass barriers and suchlike, their bottle offer is particularly striking in its choice. 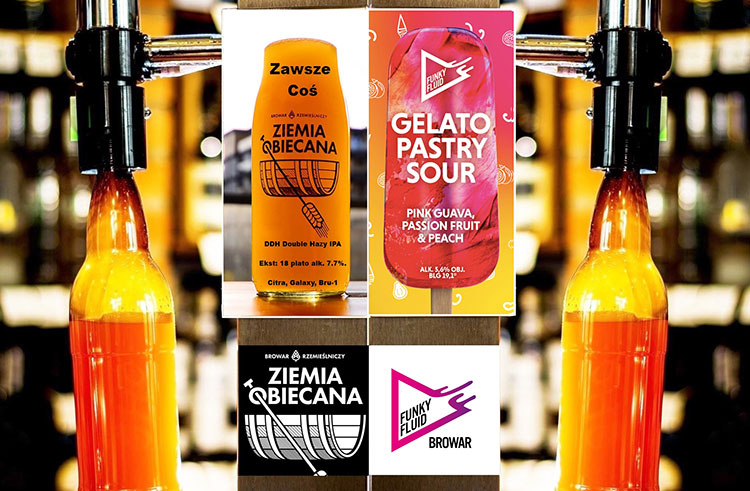 Raj Piwosza
Bora-Komorowskiego 56A
This Gocław-based off-license touts twelve taps dedicated to domestic breweries, as well as ample fridge and shelf space dedicated to Poland’s top craft breweries – the choice is staggering and extends to foreign fields with such breweries as Sweden’s Brewski represented. Knowledgeable English-speaking service rounds the experience out. Outside the realm of craft beer, anticipate finding Polish ciders, a good portfolio of wine and a range of hard-to-find soft drinks.

Szyszka Chmielu
Poborzańska 39
Twenty taps in all, and whilst the majority are dedicated to Poland’s craft industry, find also tap wines and more mainstream brews from neighboring nations such as Czech and Lithuania. Of the more maverick tipples, find this summer’s must-try: pineapple cider! 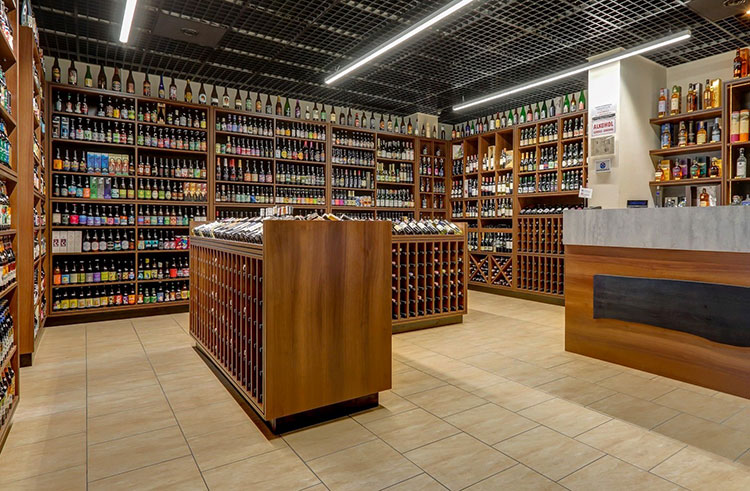 White Whale
Giełdowa 4E
A stone’s throw from the Rising Museum, it’s easy to understand why White Whale were named the Warsaw Beer Trail’s ‘Shop of the Year’ in 2018. Complimenting the eight taps are a motherlode of beers from game changing international breweries that have yet to fully penetrate the domestic market. It’s the ultimate beer geek heaven with plenty of room in which to maneuver and, also, a healthy range of wines and spirits that also challenge norms.