With Valentine’s Day in the air, the Insider picked through its movie library for slushy film scenes that could be easily duplicated to a Warsaw background. The results were a shocker… 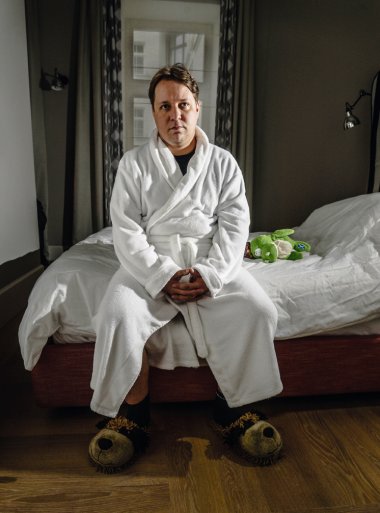 This quintessential 21st century love story explores themes of solitude, melancholy and culture shock to a neon Tokyo backdrop. Director Sofia Coppola’s delicate cinematography is a joy, with the choice of film locations directly reflecting the intended sense of disassociation. Throughout the film, screen siren Scarlett Johansson spends much of her time perched on the window sill of her hotel room, the megalopolis glinting below as she ‘dreamily gazes out of her gilded birdcage.’ Now Warsaw’s not short of giant, luxury hotels, but few can compete with the views and pampered glory of the InterContinental – with the toy town scurrying ant-like below, you feel you can almost lean out and push the Palace of Culture over. Certainly, from the top of the Inter-Conti, one feels, almost, as if on a different planet. As such, nowhere felt more suitable for that definitive Johansson pose, even if photographing it contributed to possibly the most sheepish moment in Insider history: with our shoot in full swing, a porter entered to restock the minibar only to find a half-dressed model and two sweaty bozos wrestling with camera equipment. “This is not what it looks like,” we babbled… As for the film’s other iconic image – Bill Murray staring blankly from a hotel bed – we opted for the photographer’s hotel, H15, primarily because in our embarrassment we’d forgotten to shoot that particular scene in the InterContinental the day before.

Long before Hugh Grant became a paparazzi-thumping tough guy, he was best known as a ‘rom com’ darling. And where the rom com genre is concerned, you don’t get much bigger than Notting Hill. In it Grant plays bumbling Will Thacker, the tongue-tied owner of The Travel Book Shop, a dusty little store specializing in you-can-guess-what. It’s here he meets Hollywood star Anna in typically shambolic circumstances before embarking on a roller coaster romance marred by his own hapless bungling. Could such a scene be replicated in Warsaw? Sort of. While the city has a scattering of travel bookstores, none meet the creaky, curiosity shop criteria that define Thacker’s lair. Instead, you’re best off scoping out Kwadryga (Wilcza 29, kwadryga.com). Entered through a courtyard, it’s a magnet for bibliophiles, and groans with antique books, faded photographs, yellowing maps and dog-eared magazines – the atmosphere is timeless. But could we carry it off ourselves? No – the place had closed by the time we arrived.

Even if you haven’t seen the film, you’ll be familiar with the scene – while bickering in a diner over whether men can tell if a woman is faking, Meg Ryan bursts into a staged, screaming orgasm while a nonplussed Billy Crystal stares down in shame. With Meg, erm, done, Estelle Reiner lets rip with the classic one-liner: “I’ll have what she’s having.” It’s pure movie gold. Shot in Katz’s Delicatessen, New York, nowhere in Warsaw can match up to Katz’s history – opened in 1888, it’s been referenced in numerous other flicks, and is globally recognized for its signature pastrami. In comparison, Warsaw is playing catch-up. But catching up it certainly is. The last couple of years have been characterized by a growing appreciation of ‘dirty food done right’: as such pimped up burgers, tacos and wings are available widely, but while many aspire to the authentic American taste, none do so as convincingly as Burger Kitchen
(Widok 8). Pair that with an interior that was inspired ‘by the kind of diners you’d see in American 70s cop shows’, and you get the perfect venue for that Meg Ryan moment. And the food really is that good.

Forgetting his rather dubious and somewhat suspect personal history, there’s no doubting Woody Allen’s ability to pen a good yarn. And that’s what he does with Manhattan, a touching romance concerning an unfulfilled writer and his convoluted love life. Described by some critics as ‘a hymn to New York’, the film is packed with iconic scenes that use the city as a background. But it is the shot of the Queensboro Bridge that lingers longest in the memory. It is under this that Allen and Diane Keaton watch sunrise while sat on a bench, a scene later chosen as the image for the official film poster. Warsaw has no shortage of bridges, and some of them, if you’re drunk, even resemble the Queensboro job. For our part, we’d chosen Most Poniatowskiego to reproduce the moment. The reasoning was simple: while physical similarities were scant, no other bridge in the capital can match Poniatowski for its mysterious haunting beauty. And it’s got a cool story to boot: which other bridge do you know that’s been blown up twice, burned down once and collapsed another time. But how did our shoot go? It didn’t. Dawn in the middle of a Polish winter is no time to be canoodling on benches. 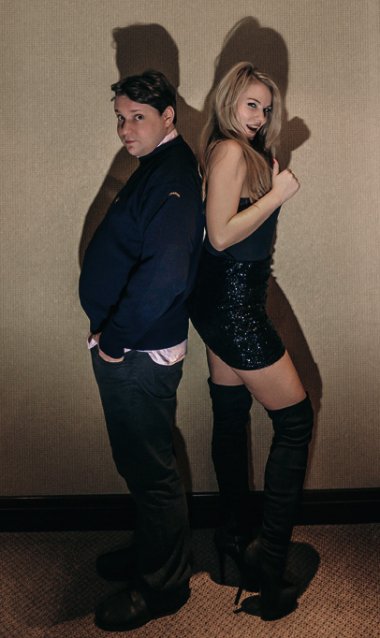 Hooker Vivian (Julia Roberts) is ‘the tart with a heart’, working her patch off Sunset Boulevard when, oh my gosh, Richard Gere happens to stop by for directions. Cue rocky romance, awkward social situations and zillions of half-baked analogies involving Cinderella and her Knight
in Shining Armor. Setting Pretty Woman to fit Warsaw posed a few problems – originally, the plan had been to get myself and Natalia, our model, to dress up accordingly and recreate the opening scenes on ul. Wspólna – a street where those who work in the oldest profession look like they’ve been at it since that profession was first invented. The whole scheme was something that sat uncomfortably with us – what if Nat, dressed in a skirt that could be mistaken for a belt, was actually propositioned by a real life curb crawler? Worse, what if I was nicked for pimping her out? With these problems weighing on our minds, we cheated. So, instead, we shot the Pretty Woman poster in
a hotel corridor. Easy.

Plot: irritating pre-teen son convinces single father to find love via a radio call show, then proceeds to tag along on his first date to the observation deck of the Empire State Building. Of all the scenes we had in mind this was clearly the easiest of the lot – in the phallic shape of the Palace of Culture Warsaw has its own Empire State Building. In fact, if books are to be believed, architect Lev Rudnev ironically took inspiration from the New York landmark when designing the Stalinist showpiece. All we had to do was get up there, abduct a nine-year-old, and shoot the scene where a teddy-bear clutching Meg Ryan meets up with a funky-haired Tom Hanks. We had the backpack (note: see the film), we had the bear (note to the police: we didn’t get the kid), what we didn’t have was a photographer with his camera charged up. End result: failure.

It’s hard to fathom in hindsight, but when it was released Titanic was hailed by some mugs as the greatest film EVER made – if you needed evidence just how desperate the 90s were, well, there you go. But this aside, there’s no doubting that James Cameron’s blockbuster is one of the soppiest films ever released. As such, we simply had to feature it in this piece. But how? Unfortunately, Warsaw is not Sichuan, where if media reports are correct a US$195 million life-size replica is being built for a Titanic theme park (google it!). Finding a boat, any boat in fact, was a hard task – this being winter all of the little tugs that pootle up the Wisła were out of action. So, alas, the “I’m the King of the World” scene found itself scratched from our list. And a good job – the test shots conducted in the hotel were a disaster… “You’re meant to look like you’re in love with her,” grumbled the photographer to me, “instead you look like you want to attack her.”