Nobody Sleeps In The Woods Tonight! And that's because, deep in the forests of Otwock, an abandoned sanatorium promises a Halloween to remember…

The date is October 12th, 2015. Months after first receiving a mysterious package in the mail, John-Erik ‘Johny’ Krahbichler, founding editor of the Swedish tech blog GadgetZZ, makes the contents of the DVD tucked inside public. Immediately, it enthralls the internet community. 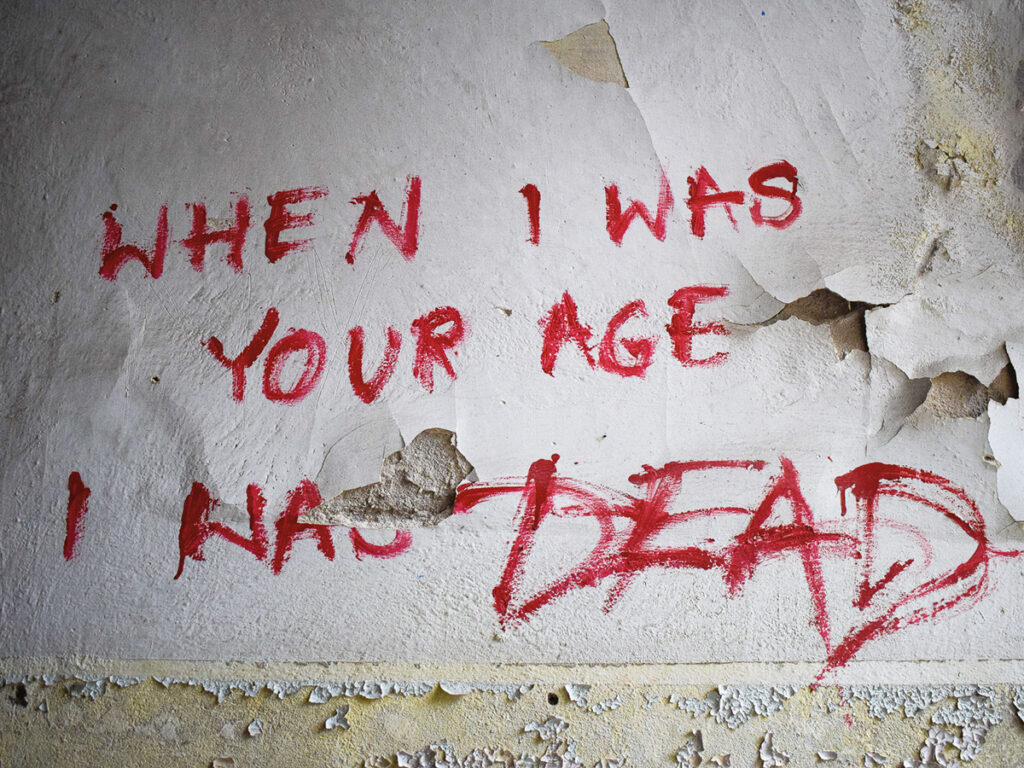 Stamped with a Warsaw postmark, the black-and-white video centers around a cloaked plague doctor who appears to send a morse code message. In the background, discordant noise plays over and over.

Unsettling to the extreme, it prompts instant speculation. What is it? Some theorize it to be a message from a serial killer. 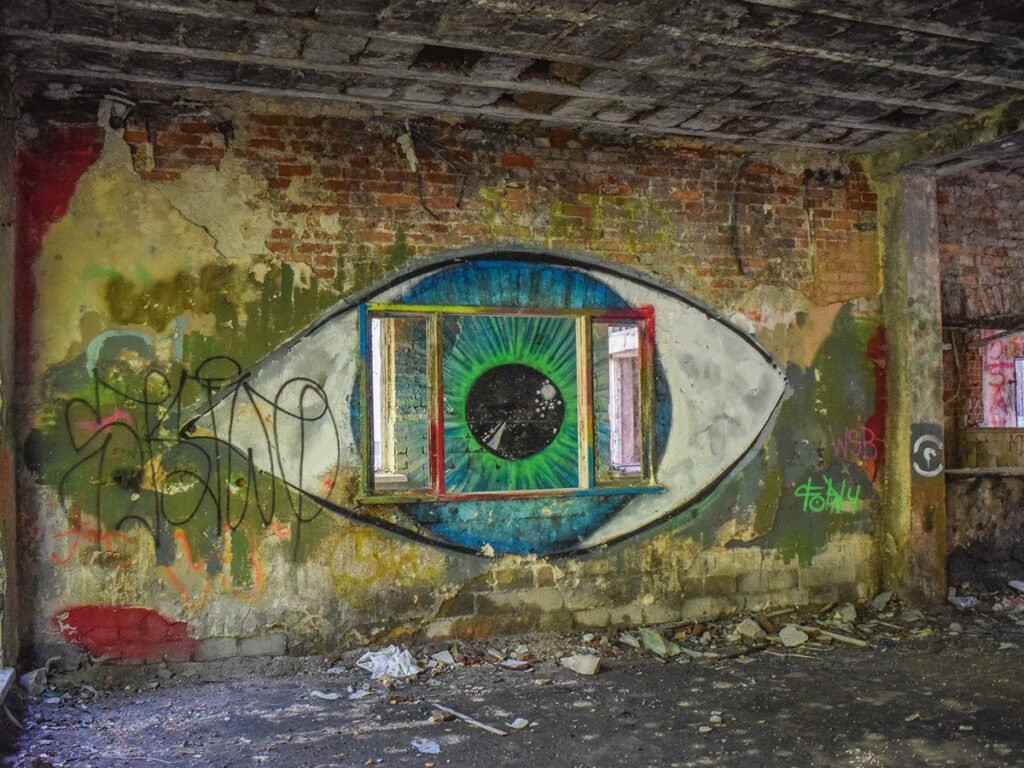 Others, a warning from a bio-terrorist organization. Maybe, ponder other sleuths, it’s the work of a time traveler.

Swiftly dubbed ‘the scariest video in the world’, the world was baffled until an American based in Poland stepped forward to claim it as his work. 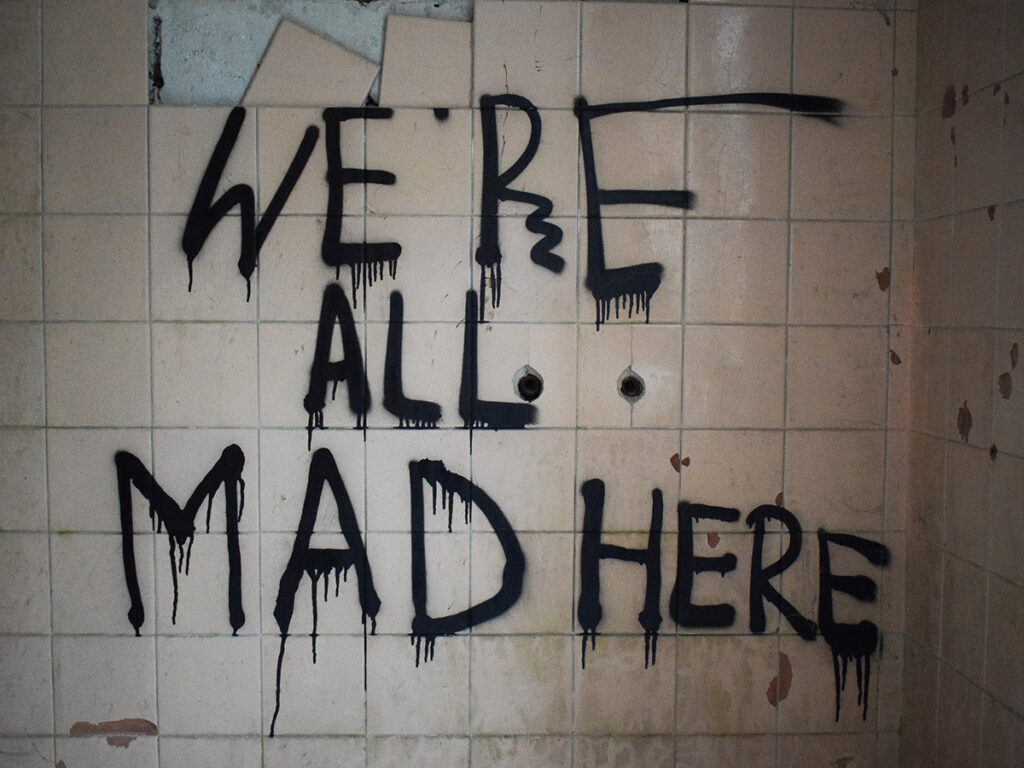 Giving his name as Parker Warner Wright, the American then offered a slew of evidence to validate his claim. For some, the mystery had been solved. Not everyone was satisfied, however, and to this day theories abound as to the video’s origins and copious subliminal messages.

What is known for certain is where the video was shot – Zofiówka, an abandoned sanatorium hidden in the thick pine forests of Otwock. 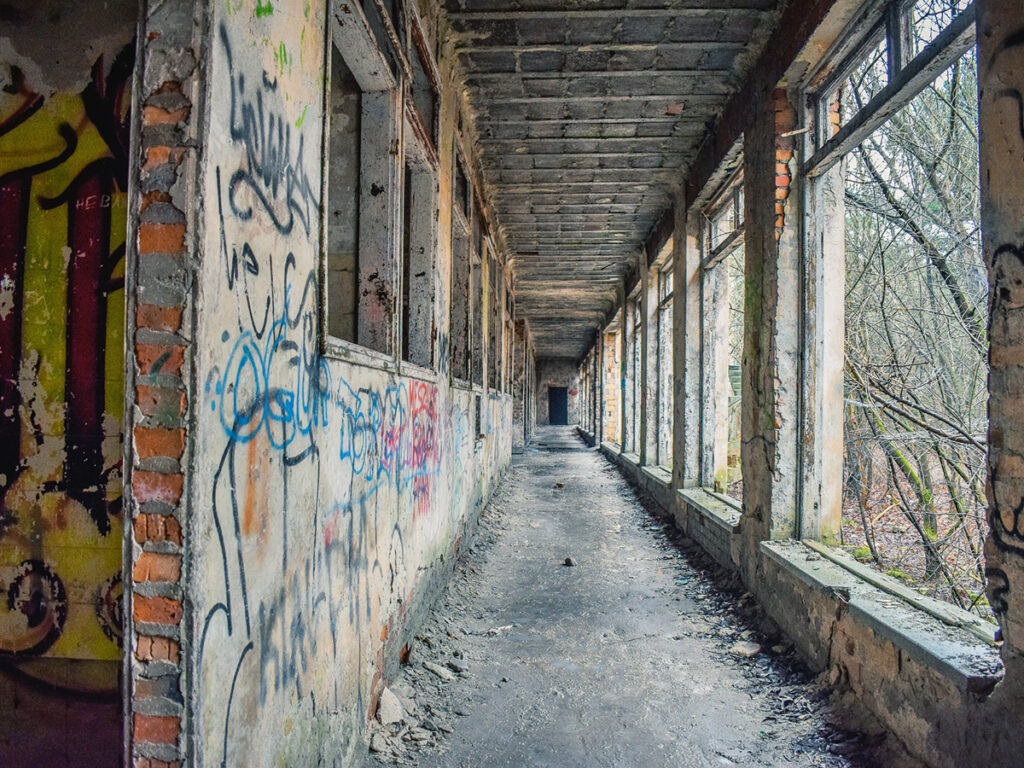 An apt location for such a disturbing video, Zofiówka looms out of the undergrowth with a certain air of menace. Accessed via potholed forest roads that turn into muddy, dirt tracks, just the sight of it triggers an unsettling reaction. And rightfully so.

Founded in 1908 and bankrolled by the charitable donations of Zofia Endelman, ‘Zofiówka’ initially functioned as a sanatorium for Jews with nervous and psychiatric conditions. 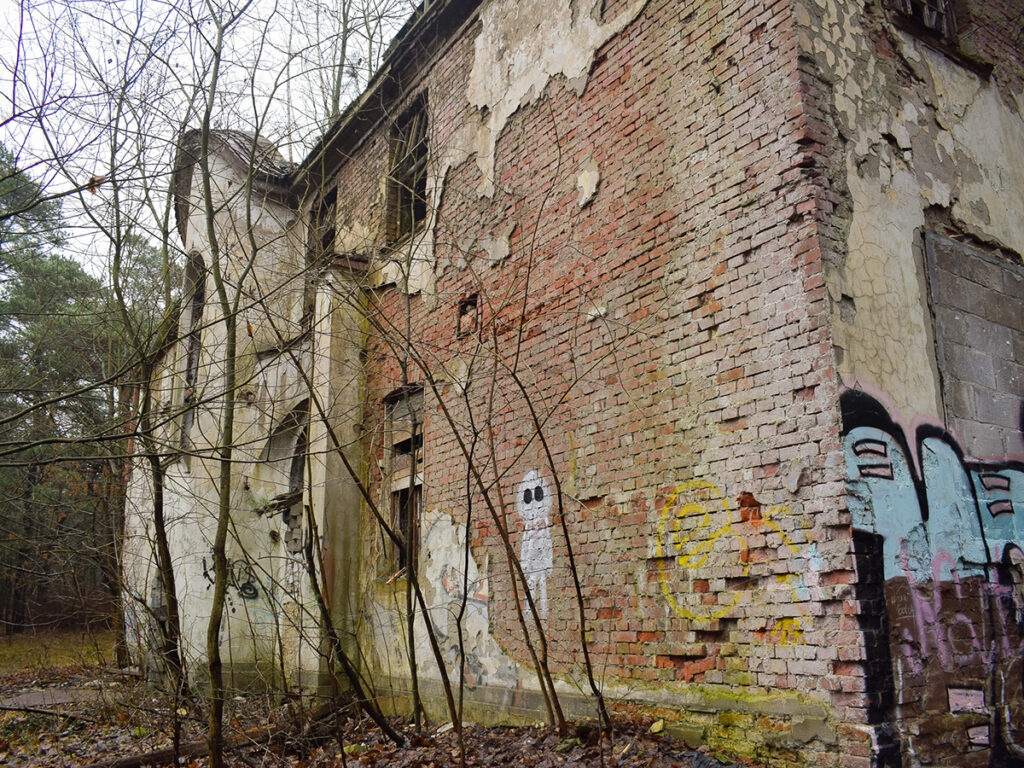 Celebrated as a modern institution at the time, it embraced techniques such as electroshock therapy and other pioneering treatments that we now see as crude. But if that sounds a little sinister, history would prove crueler.

Once the Nazi occupation began, Zofiówka passed into the control of Dr. Walbuma Jost and it was under his charge that it served as the only Jewish mental health institute in the country. 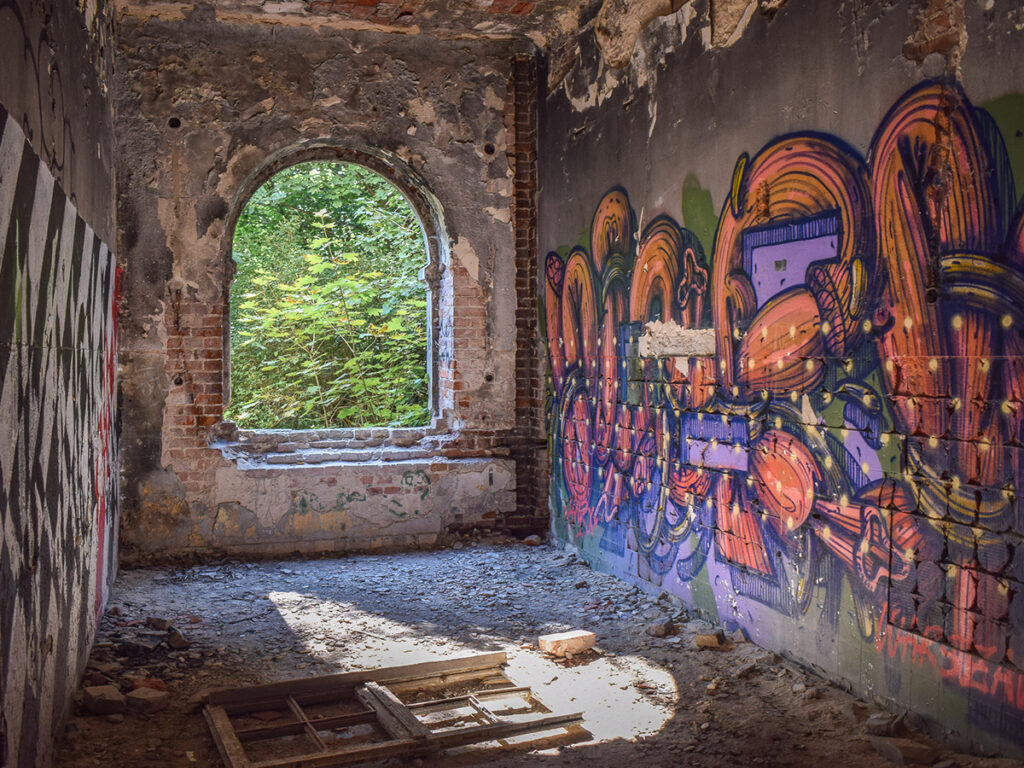 Cases of starvation and disease were reported with frequency and a nadir was reached on August 19th, 1942, when the hospital was cleared as part of an action to liquidate the Otwock Ghetto. In the ensuing chaos, up to 140 patients were shot outside, among them Adela Tuwim, mother of author Julian. The remaining Jews were transported to the gas chambers of Treblinka. 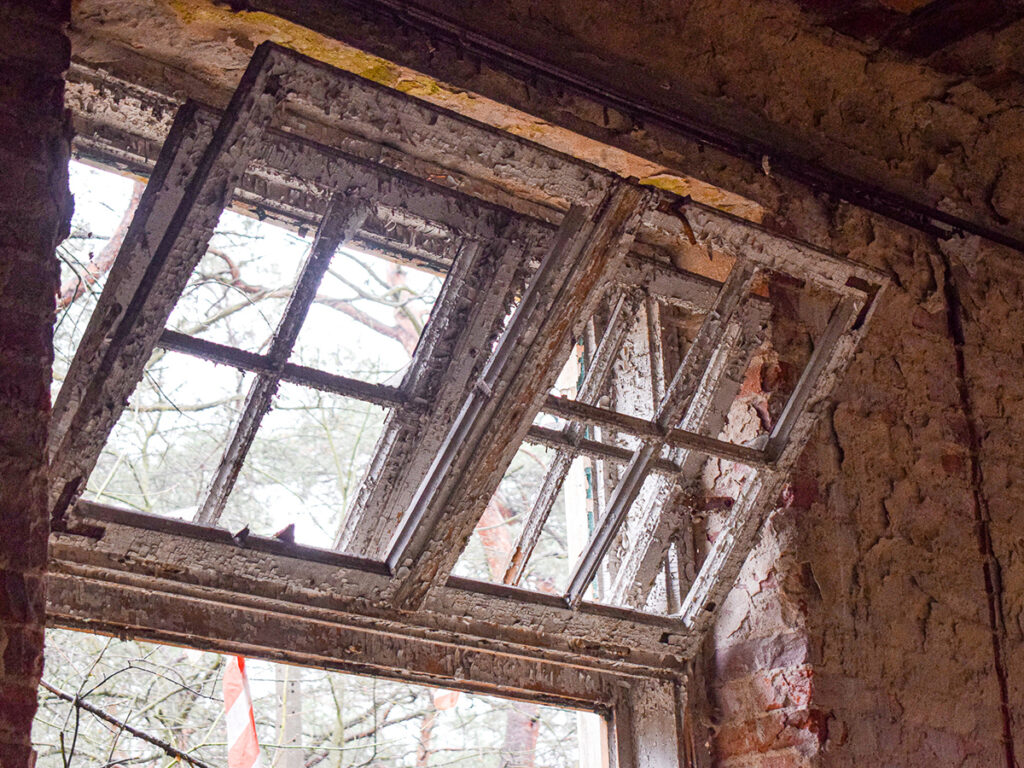 The night previous, it’s said that scores of patients killed themselves after word of their fate was leaked. 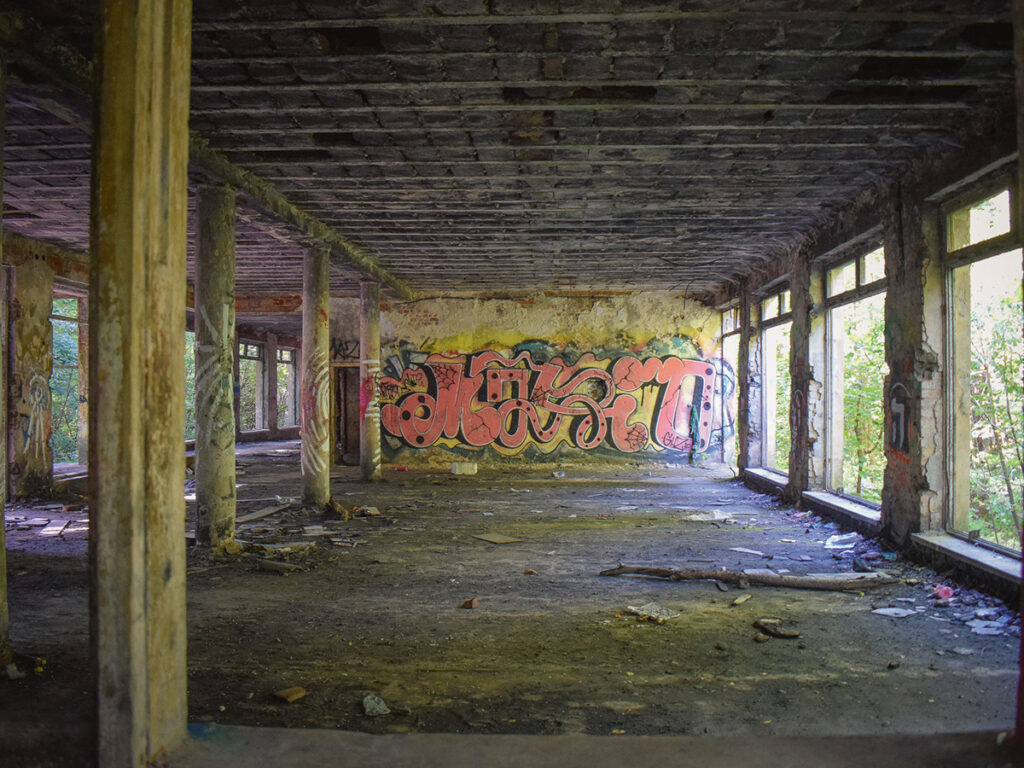 Still, Zofiówka’s descent into nightmare continued. Over the next couple of years Aryan-looking Polish children were shipped here to be ‘reeducated’ and ‘Germanized’.

With Poland left broken and destroyed by the war, peacetime meant that authorities had little choice but to use any and all surviving infrastructure. Rather than demolish Zofiówka, it instead filled a new role as a tuberculosis clinic, and later as a sanatorium for recovering addicts. It wasn’t long, though, till workers and patients began reporting creepy goings on. 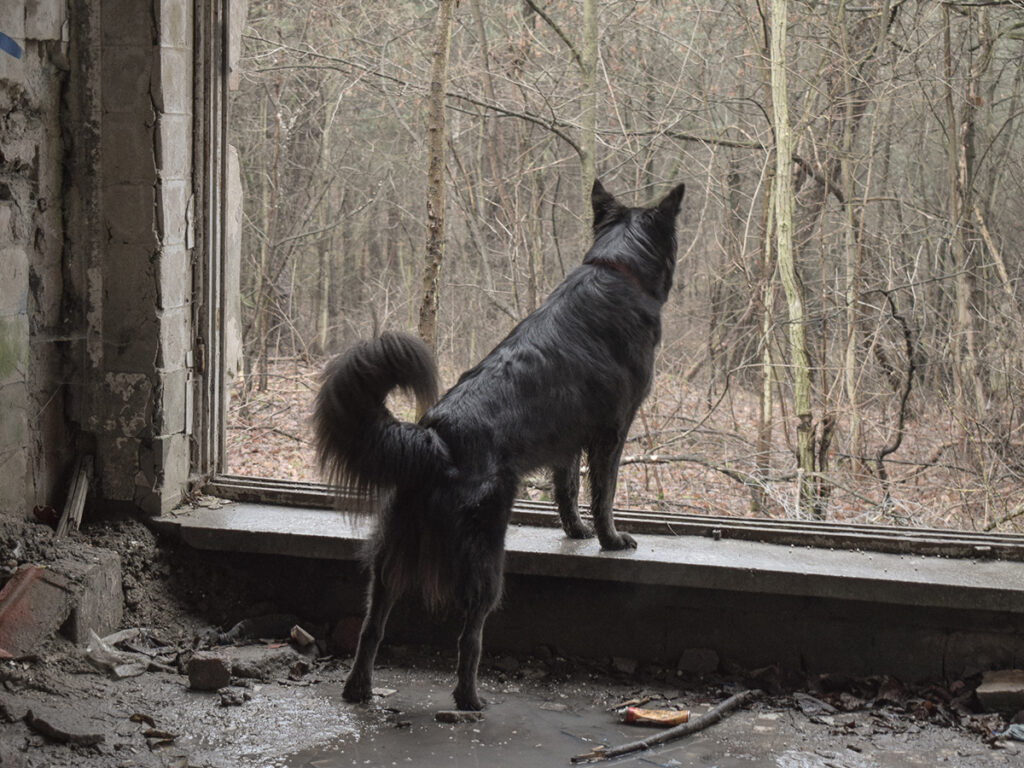 “A nun working at the hospital was discharged with schizophrenia and hung herself a few weeks after,” says paranormal researcher Michał Mizura. After that, a chain of events unfolded that went beyond comprehension. “Paintings hanging on the walls were moving around, night watchmen were too scared to work alone.”

Eventually abandoned in the 90s, Zofiówka has since been seized by nature and its core swallowed by dense vegetation and the passage of time. 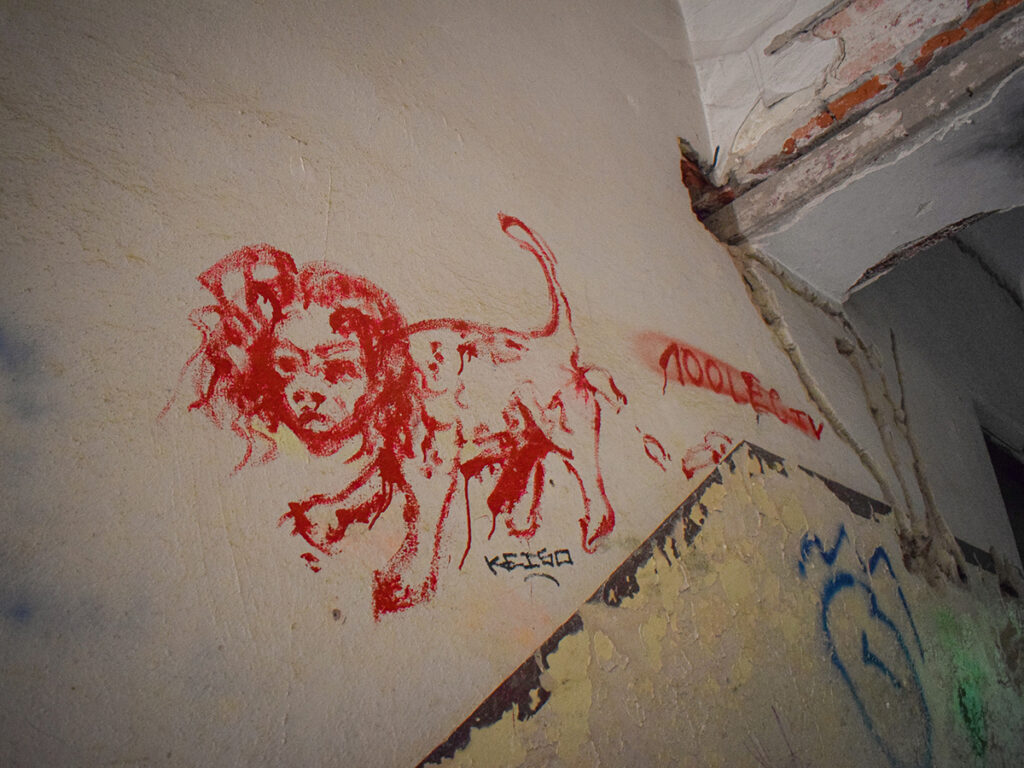 Open for exploration, it is one of the most remarkable phantoms to be found in Poland – an eerie maze of damp, dank chambers all of which have been generously redecorated with often ominous graffiti.

Filled with broken masonry, shards of glass and rotted wooden panels, its warren of rooms and corridors suck you deep into the building’s complex soul. 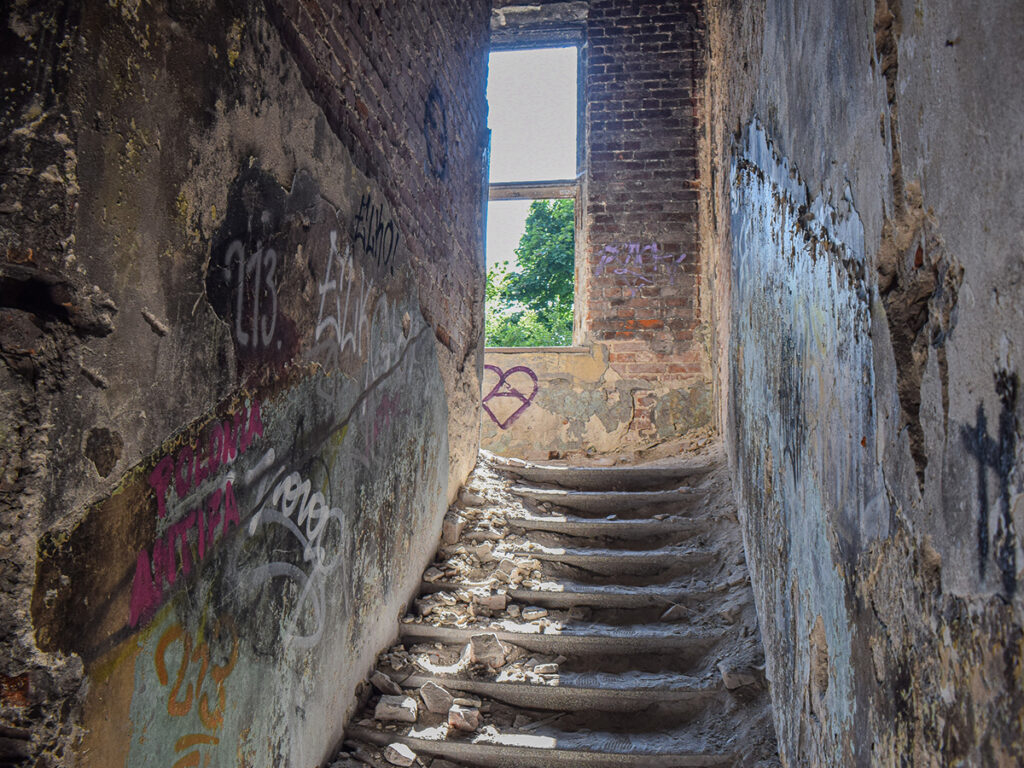 Beautiful and beguiling yet also eerie and unearthly, you walk here silent in awe – far away, only the distant drip of water breaks the strange sense of quiet. 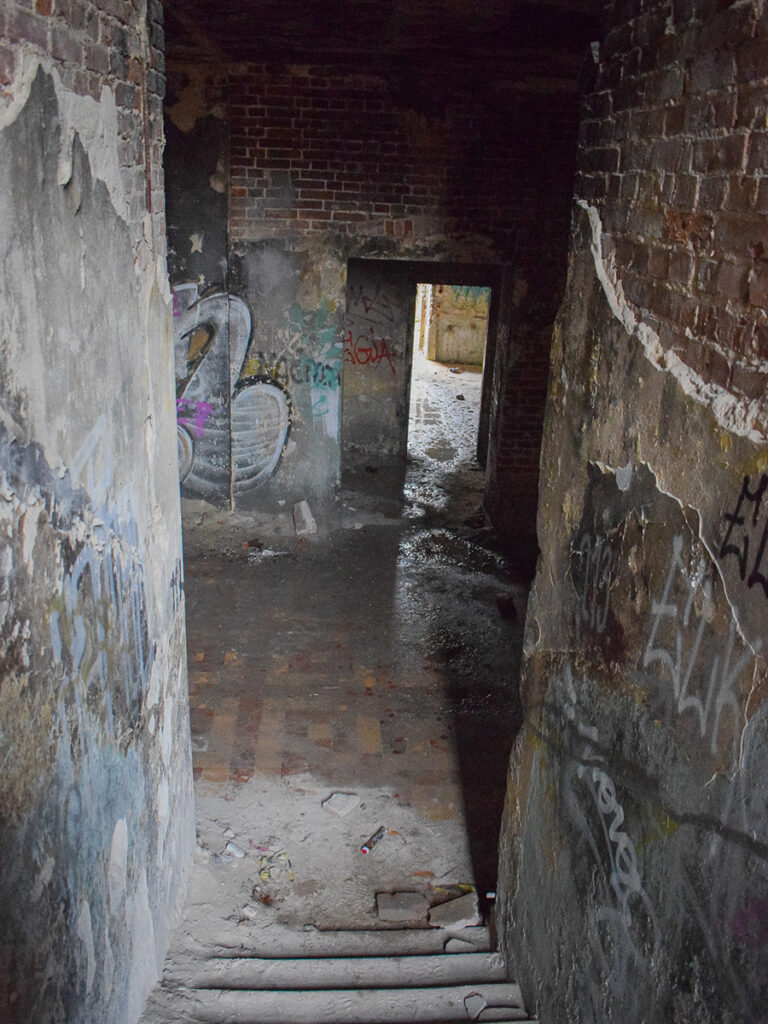 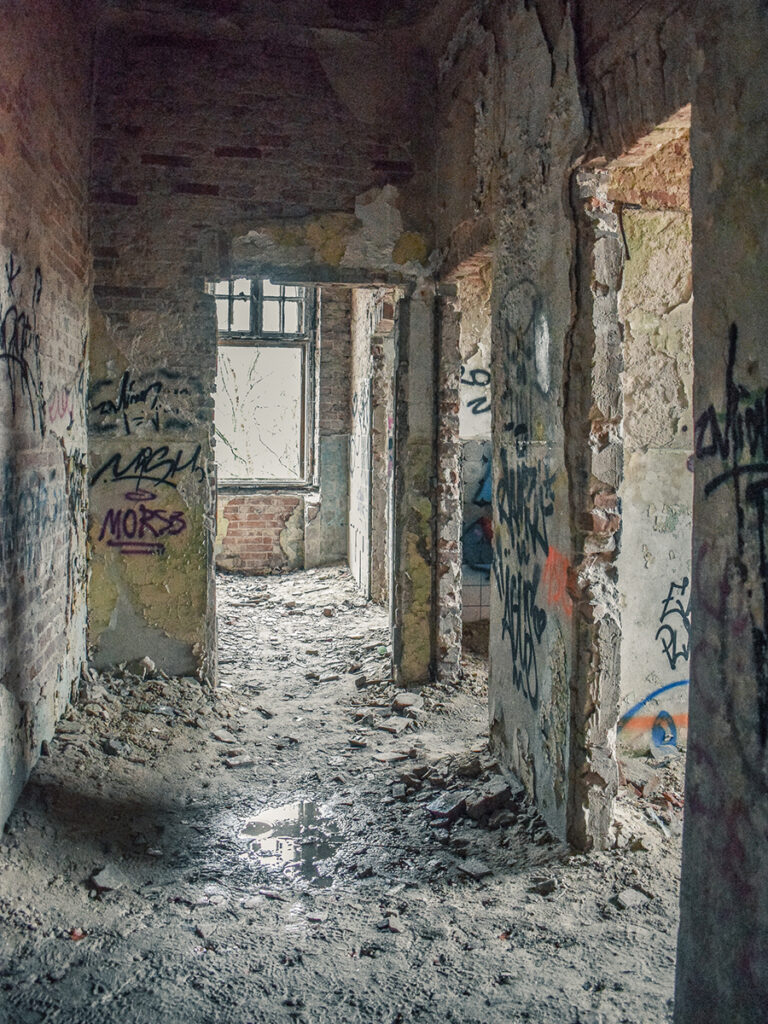 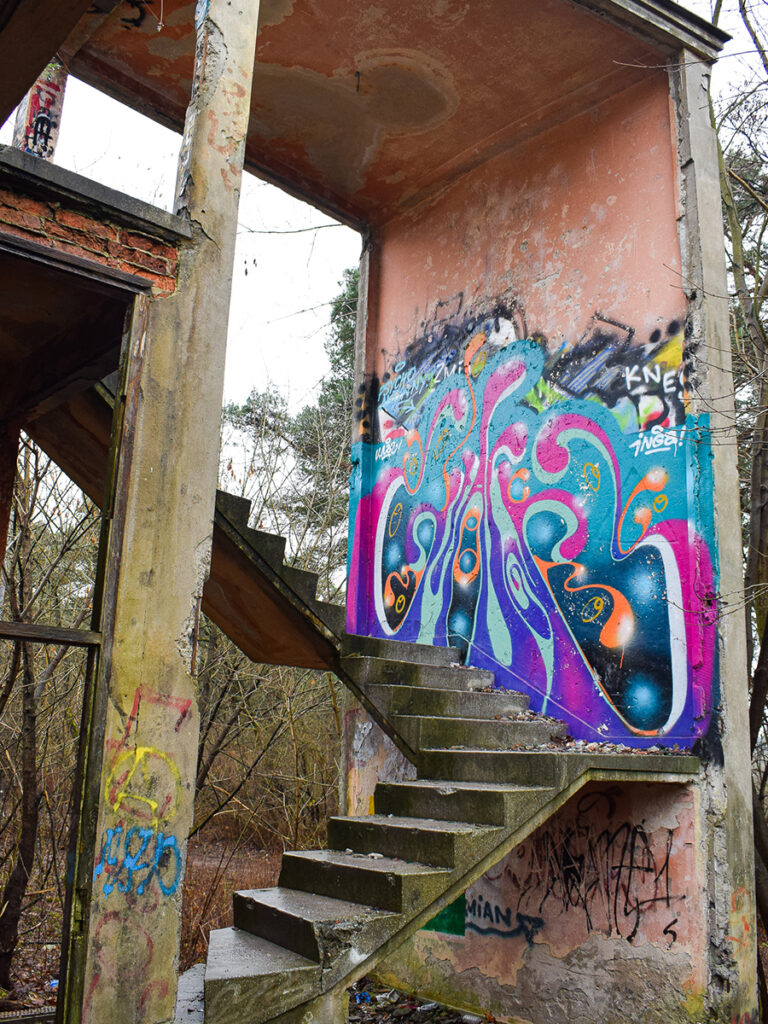 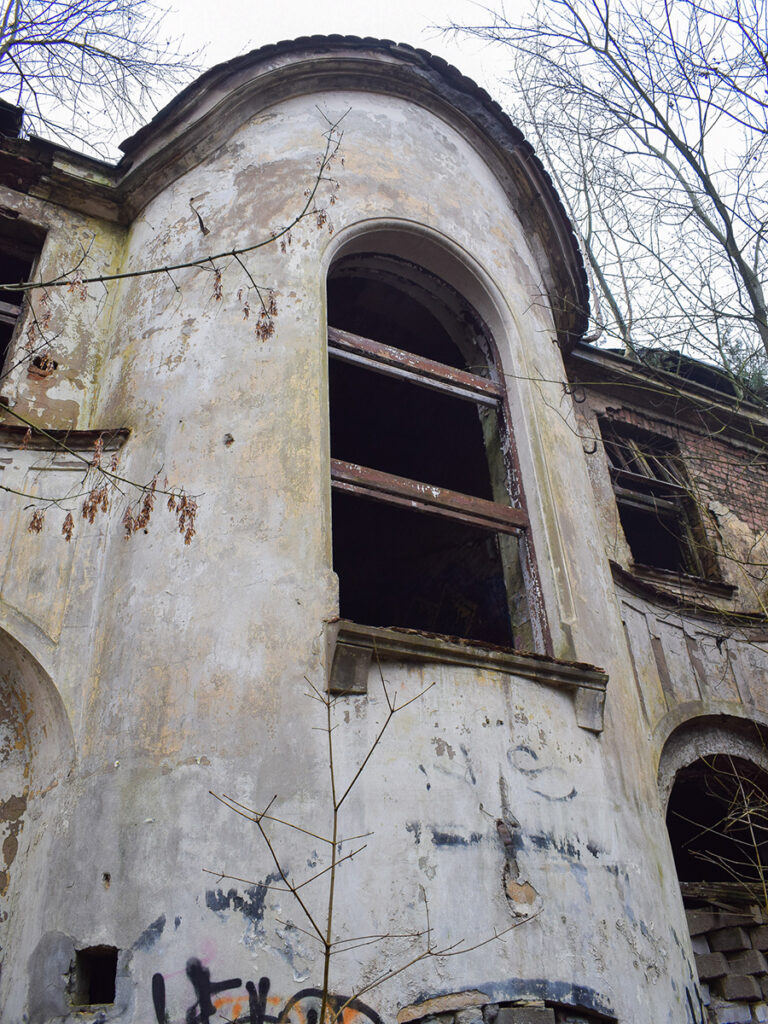 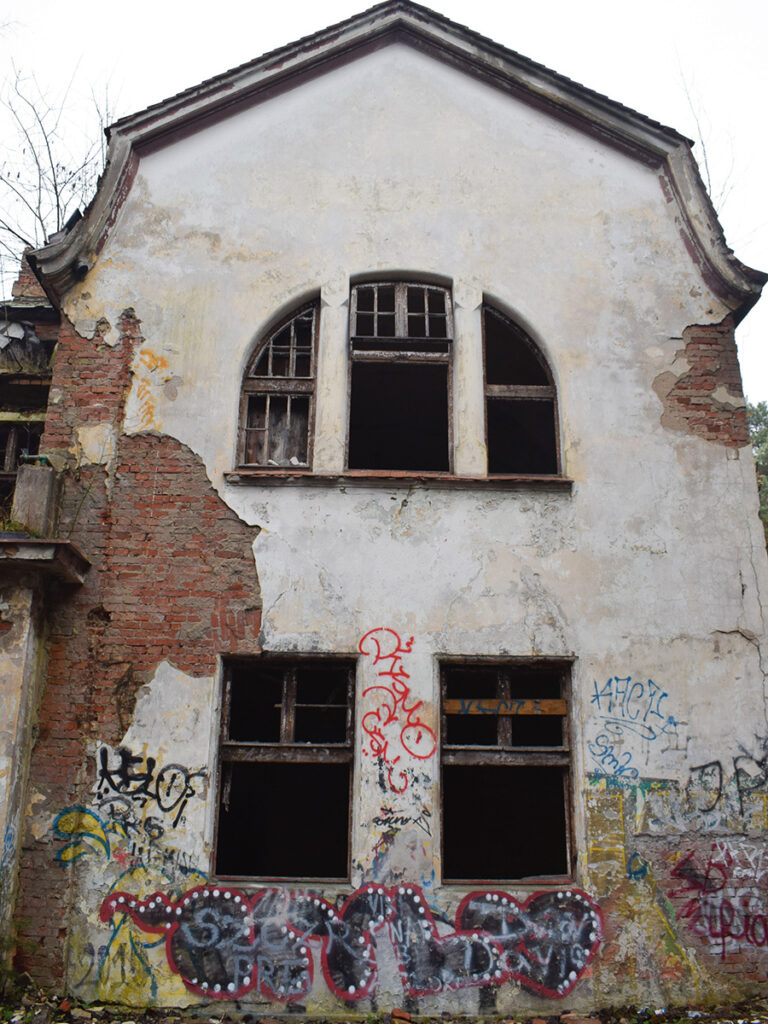