THE ARK
Sacrificing a burgeoning career with Ralph Lauren, Bronx-raised Truman Chase transforms his family’s ailing clothing firm in Krakow into a booming success only to find his dreams shattered when a hostile takeover sees his hard work vanish.

Set largely in Poland, what follows is a high-strung thriller as Chase fights to save everything he believes in from the unscrupulous fund that’s out to destroy him. 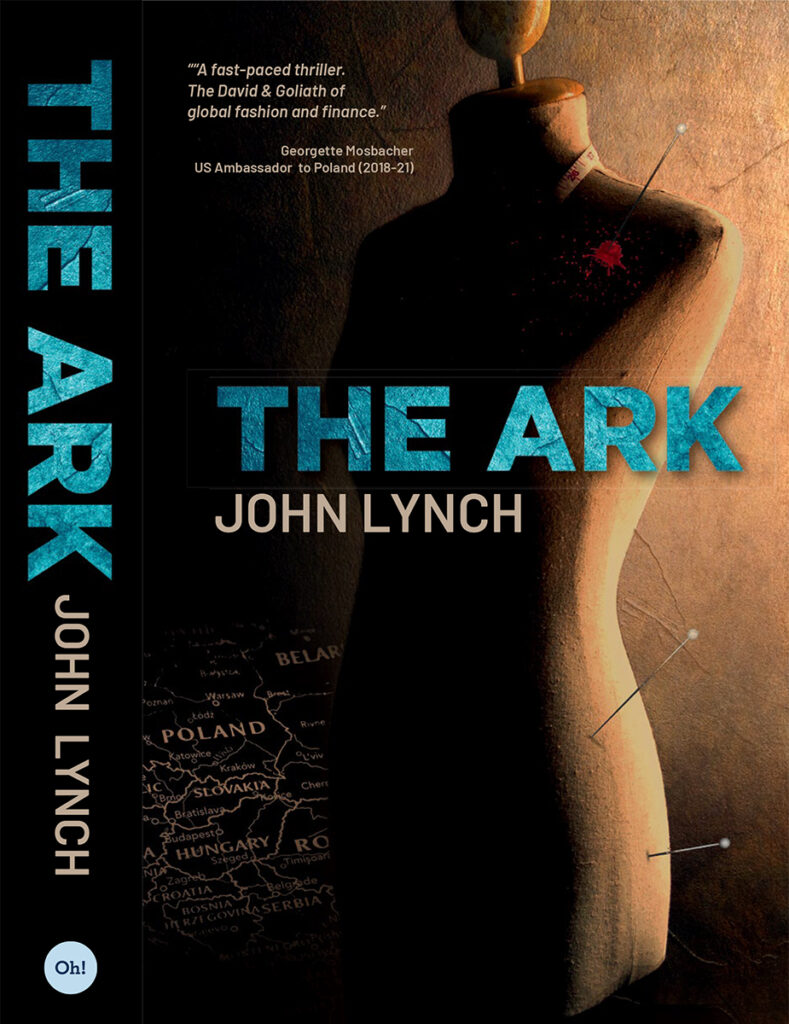 WI: What motivated you to pick up the pen in the first place?
JL: I think I’m quite a three-dimensional person, so although I’ve been running my own business, Lynka, for nearly 30-years now, writing was always something of a passion – I used to be a regular columnist for the Warsaw Business Journal and a British clothing magazine, so it was never the case that I suddenly woke up one day and decided on writing a book. It was a dream of mine years ago, and finally the right story came to me.

The Ark is based on true events – but what does that mean. How much is truth, how much is fiction?
The skeleton of the story, that is how a private equity fund tried to take over my business, well that actually happened. During the battle to rescue my firm I started taking copious notes – mainly for legal reasons.

Later, partly as a sort of catharsis, I began writing the experience up. Honestly though, it just didn’t work so instead I found myself taking the factual concept and fictionalizing it. Once I did that, and once I found myself not tied down by facts and real people, the story came pretty easily. It was great fun creating all the characters, so while I’d say thirty percent is rooted in reality, this should most definitely be treated as a work of fiction.

You mention catharsis – how traumatic was the whole experience of seeing everything you’d work for suddenly swept from underfoot?
Hugely. I created reasons as to why and how it happened in the book, but in real life I remain none the wiser. Never did I think that I could lose a company I’d spent twenty years building overnight.

Genuinely, it was seriously debilitating. I was convinced I would lose everything and end up penniless, living under a bridge. I remember saying to my staff that I felt like I was living in a John Grisham novel – in this case, fortunately, there was a happy ending.

How does Poland come out in all of this?
What happened to me was incredibly rare, and in a no way should either my book or my personal experience be seen as an indictment on this country. If anything, it was a validation of the rule of law here. Yes, the wheels moved tremendously slowly, but truth prevailed. Never was there a hint of corruption from the Polish judges. 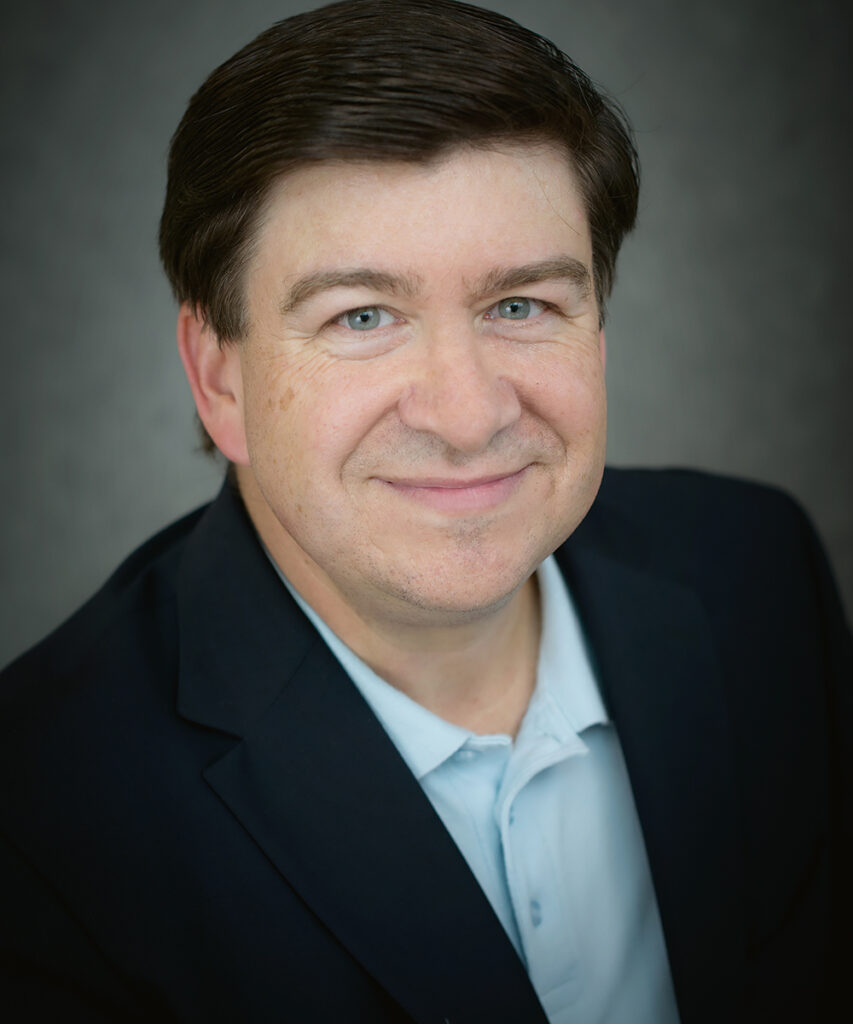 After being blindsided like this, how do you pick yourself up?
First of all, I learned never to let a crisis takeover your life. At first, I thought I’d end up having a heart attack. In a twist of fate, though, right in the midst of my crisis, I was invited to a small, private meeting with the Dalai Lama in Prague and it ended up completely changing my perspective.

After, I took an utterly new approach. “If I lose everything, then I’ll just start again”. I calmed down a lot and realized the value of manipulating my own emotions. I’ve always been an optimist, so when I realized that my brain wasn’t working in that way anymore, I put the effort in to change that.

Any tips!
Whatever picks you up when you’re in a crisis, whatever works for you – just do it! It’s a bit of an American cliché, but for me that meant watching a Rocky movie or popping on some Bon Jovi – Keep the Faith!

It may sound absurd, but if something lifts you up then it’s worth doing. In general, life is about ups and downs, but if you learn how to handle and climb out of the downs then it becomes a whole lot easier.

What’s your advice to foreign entrepreneurs arriving to Poland today?
I hear people say all the time that I was lucky to be here in 1991 – that I arrived at the right time. But that was no guarantee of success, and for sure the failure rate was just as high then as it is now.

Likewise, new opportunities still abide today, just maybe in different fields. As for advice, I’d probably simply echo the lessons I’ve learned along the way: choose the right partners. Be humble. Respect your employees, your suppliers and your clients.

Also, don’t come here thinking you’ll do well because the labor pool is cheap – nowadays you need to find the best team, and Poland has heaps of talent.

Lastly, don’t think of the Polish market alone. Think of this country as a platform to reach the rest of Europe and beyond.

You’re very passionate about this country…
Really, I wouldn’t base my business anywhere else in Europe. I can’t believe how far Poland has come, it really is a modern-day miracle.

Times have changed…
Being an entrepreneur in 1991 was a thankless task. We had fifteen people but just one telephone line between them – if someone was on the phone, that basically meant the rest of the sales staff sat around doing nothing. There wasn’t even a delivery service running between Krakow and Warsaw. If I wanted to deliver t-shirts to the capital, I’d send them up by train and my brother would be there at the other end to pick them up before getting on a bus to deliver them in person. I mean, in Britain or the US that’s the sort of thing that might happen in the 19th century!

Corruption of course was legendary back then?
Right. Personally, I was always fiercely anti-corruption, and that’s one of the reasons I founded the American Chamber of Commerce down in Krakow. I realized that such an organization could help defend against certain corruption, and even at times open doors in a way that was completely legit.

If it was all so challenging, why the hell did you strike out on your own in the first place?
I came over to Poland in 1991 as part of a volunteer program to aid Poland’s post-communist transition. I only intended to stay for a year before returning to the States but saw myself surrounded here by young entrepreneurs who had no money, no experience, but lots of passion and ideas. I figured if they could do it, then maybe so could I.

Besides, looking around I realized Poland and Central Europe were pretty much the most exciting place on the planet at the time – it was living through unprecedented changes. It felt like it would reinvent itself every six-months. I asked myself, why leave that behind to jump back into the New York rat race back home?

So, no regrets!
No, none. I started out here launching a business, but that doesn’t explain away 30-years of life. There’s obviously a lot more to it than that. There’s a sense of history here as well as a mental toughness and humor born from those historic hardships. Furthermore, I get the idea that Poles are still rejoicing from the fall of communism 30-plus years back. It’s great to be around that positive energy.

Published by Ringier Axel Springer (Polish) and Oh Book! (English), both Polish and English versions available from EMPiK and www.literia.pl. The Ark marks the literary debut of John Lynch.