A new mural aimed at displaying solidarity with Warsaw’s beleaguered gastronomy sector has been unveiled outside Metro Politechnika in the city center.

Designed by Norbert Strukow, and executed for free by Good Looking Studio, the mural was inspired by the classified ads found in vintage newspapers. 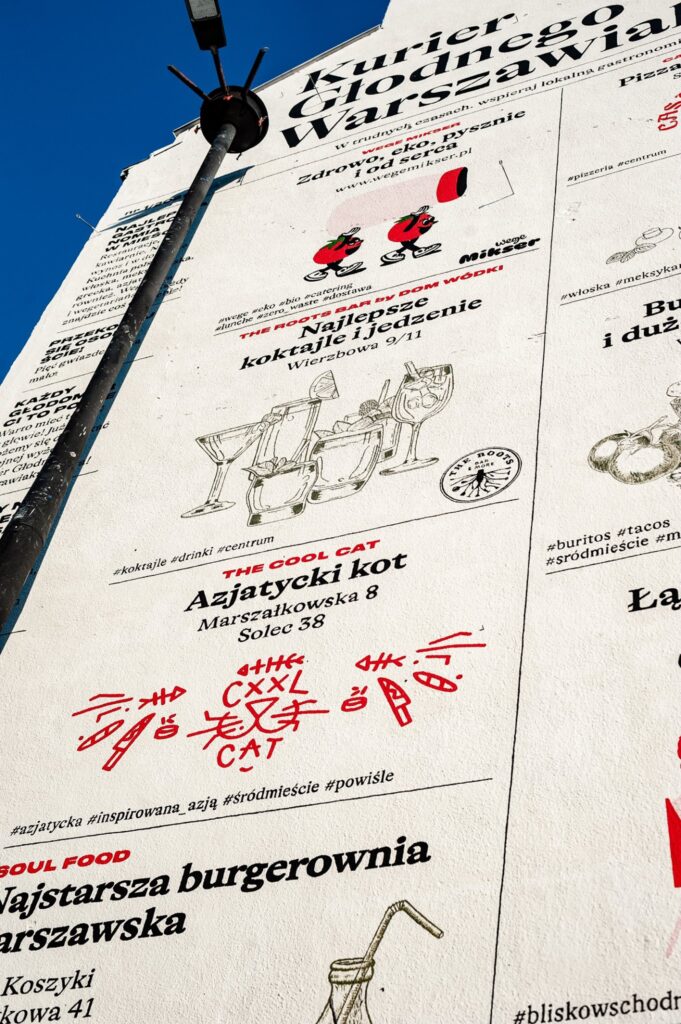 “Many of the places featured belong to our friends or, simply, are just venues we like to visit ourselves,” explained Karol Klepacki of Good Looking Studio. “However, the mural has a symbolic value as well, and we wanted it to draw attention to the difficult situation the gastronomic sector is facing. We did this pro bono as our goal, basically, was to encourage Poles to support local gastronomy. Let’s do so, as only then will we be able to return to our favorites.” 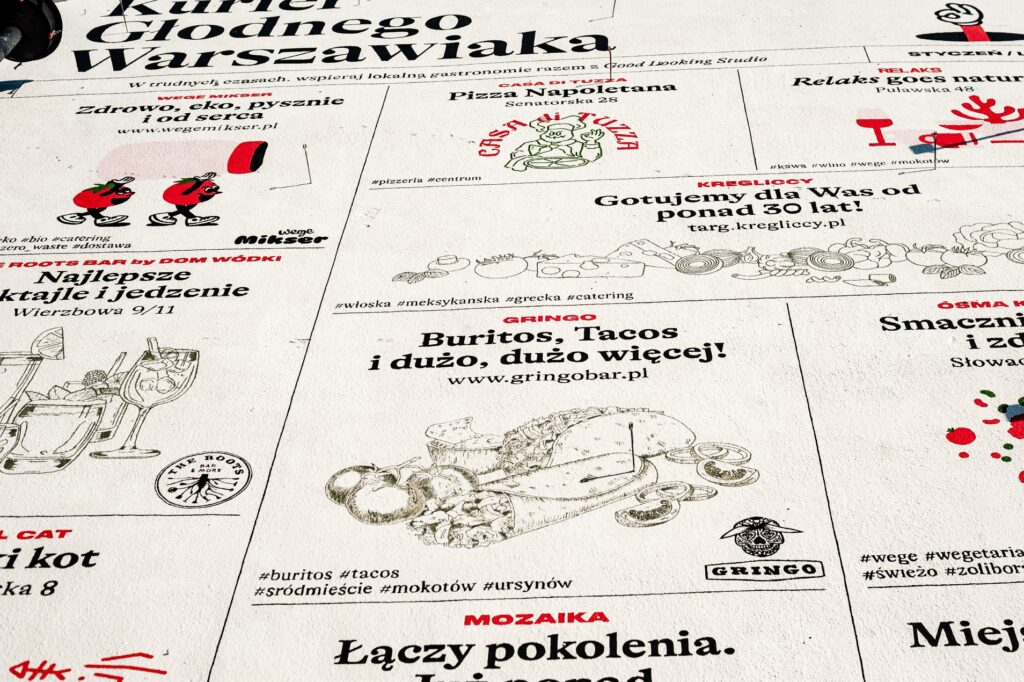 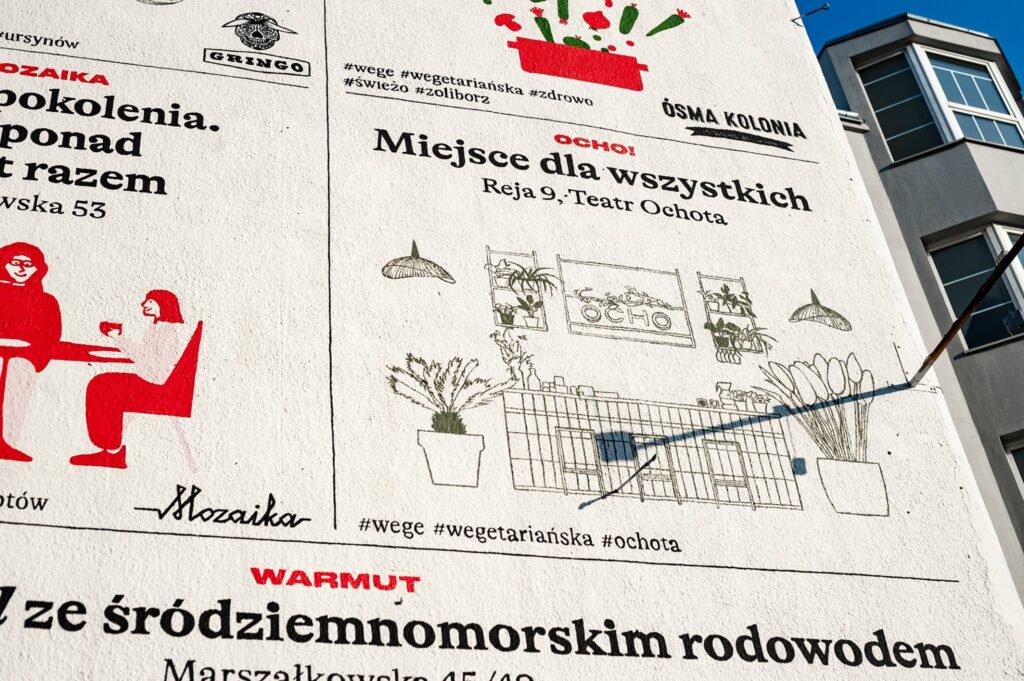 Well-known for their large scale, hand-painted advertising murals, Good Looking Studio have frequently won praise for their maverick and highly creative campaigns. But whilst commercial art is the specialty, this is not the first time they have involved themselves in community-minded actions.

At the start of the pandemic, the agency found their work going viral after a string of feel-good messages were painted on walls across Warsaw. Equally well-received was a giant mural thanking the health service for their efforts.