Glow All The Way | Warsaw Insider

Glow All The Way

CeDeT
Designed and produced in East Germany as ‘an expression of gratitude’ after the Germans were given use of the first floor to sell their consumer goods, the original serpentine neon that once adorned the CeDeT building was lost in a suspicious blaze that roared through the building in 1975. 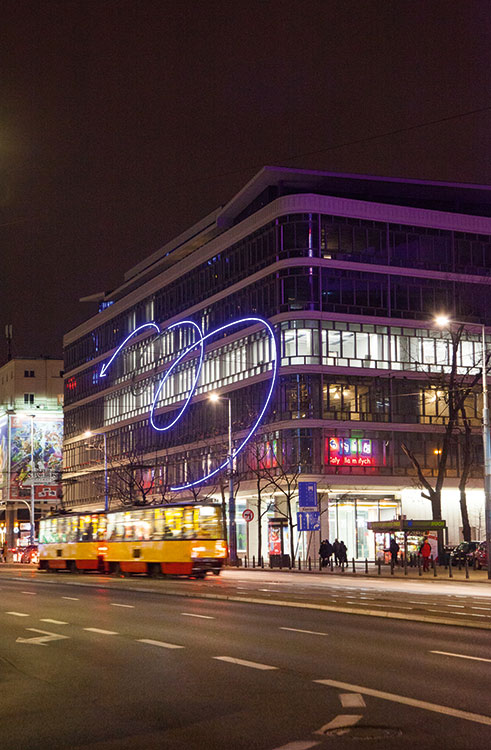 Now it’s back, with an identical, 4.5 ton replica built in close cooperation with the city’s Monument Conservation Office. If many were distrustful of Immobel’s pledge to restore the CeDeT building back to its one-time glory, then it appears they were wrong to be so. First added in 1951, five years after the building originally opened, the return of the structure’s swirly, blue neon sign has won widespread praise from members of the public.

Wedel
Revealed in 1926 after being commissioned in 1926 by Jan Wedel – the heir of the Wedel chocolate empire – the neon sign crowning the firm’s flagship store on Szpitalna 8 was the work of Italian artist Leonetto Capiello. Often regarded as ‘the father of modern advertising’, Cappiello’s design featured a boy on a zebra carrying chocolate bars on his back. 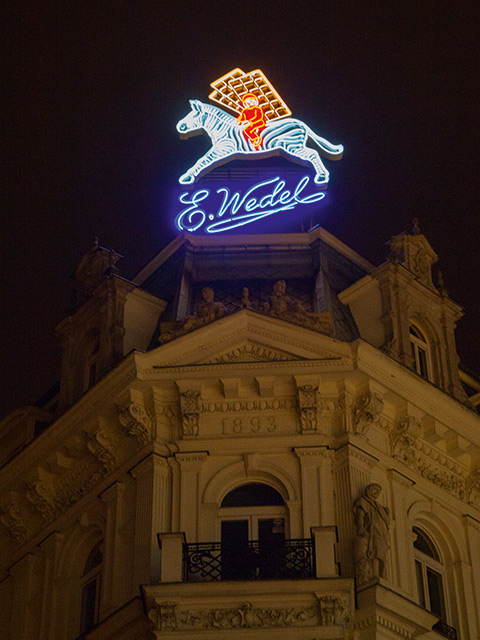 Said to symbolize happiness and joy, and consisting of 61 separate neon tubes, the 1.2 ton neon was finally restored to full function in mid-November after breaking down several years back.

MDM Hotel
Forming one of the cornerstones of the post-war MDM redevelopment, the suitably named MDM Hotel was a showpiece of 50s Socialist Realist architecture and key to the utopian vision that the area was to embody. Purposefully built to a height that would obstruct the sight of the church on Zbawiciela, it was from the hotel’s windows that visiting dignitaries could enjoy the best views of the commie parades that would march past on May Day. 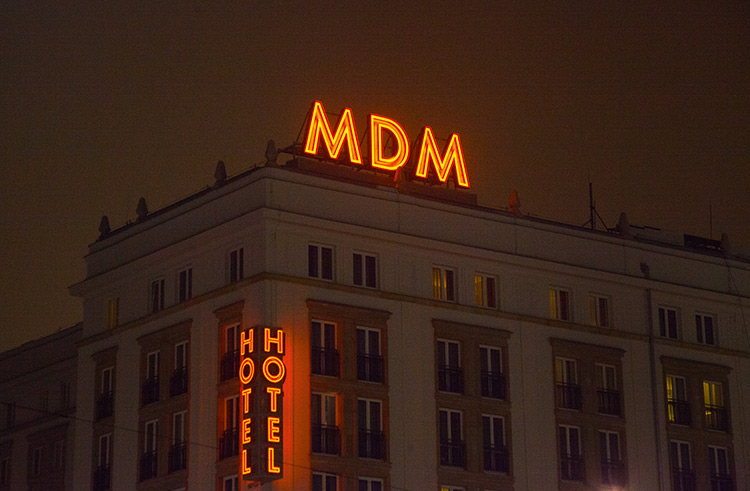 Though no neon announcing the hotel ever crowned the roof, last year saw the addition of a sign modeled on those that typified the era in which Konstytucji was built. Ongoing work has seen this neon further embellished in the last couple of months, making it one of the most recognizable symbols of the south central district.