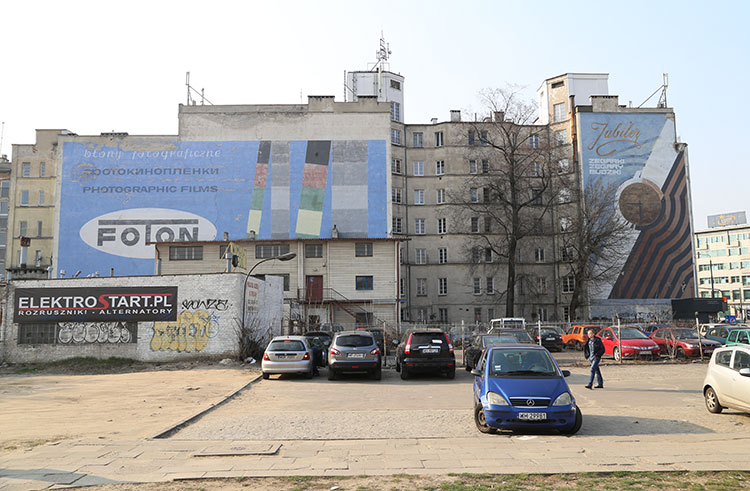 Located on Targowa 15 in the heart of blue-collar Praga, the pair of murals – one advertising jewelry and the other a photochemistry works – had stood for nearly half a century as a fading tribute to the days of old.

A testimony to the graphic design of the era, their removal had been sanctioned by the city’s conservator after assurances had been made by the building’s investor that they would be faithfully repainted once cosmetic works had been carried out on the structure. 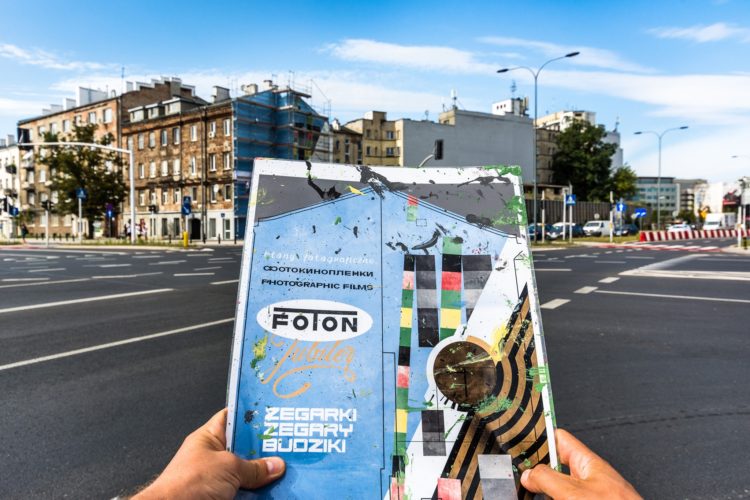 The public, however, have been outraged, not least because questions have arisen as to how far the investor went in inventorying the paintings – was a drone used to record all the features of the murals? Were paint samples taken? These queries, and more besides, have remained unanswered.

One Warsaw firm hasn’t taken the news lying down. “We listened to what had happened with a heavy heart,” says Bartek Leśniewski of Good Looking Studio. “From the very outset of our commercial activity, we were always great admirers of these works both for their graphic composition and the durability of the paint coatings.” 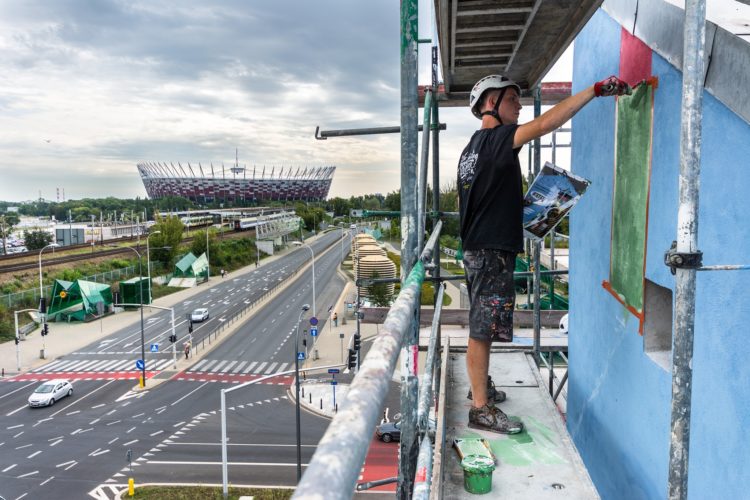 In a show of solidarity, Good Looking Studio chose to register their bewilderment by paying homage to the lost murals and painting their own temporary tribute on ul. Zamoyskiego 29.

Unveiled in late August, and set to remain until an unspecified date in autumn, the Warsaw-based company has created a collage that combines elements of the disappeared pieces. 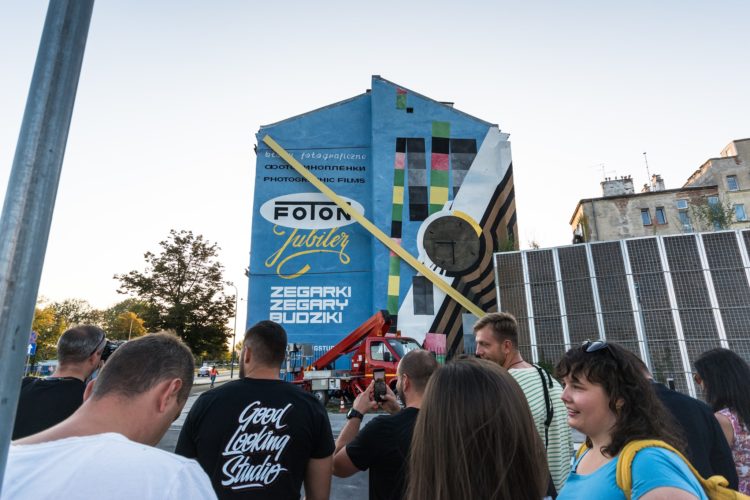 “In many ways,” says Bartek Leśniewski, co-founder of Good Looking Studio, “we feel like we’re continuing the work of the artisans that originally created these murals, so this is our own little tribute to the people we see as our predecessors.” A grass-roots initiative with no sponsor, the group’s undertaking has been met with vigorous applause from city activists.

But this is not the first time Good Looking Studio have hit the press. Famed for their large format commercial murals the firm, now in their eleventh year of business, have become leaders in their field with a client base ranging from Levi’s and Nike to Pepsi and Pilsner. 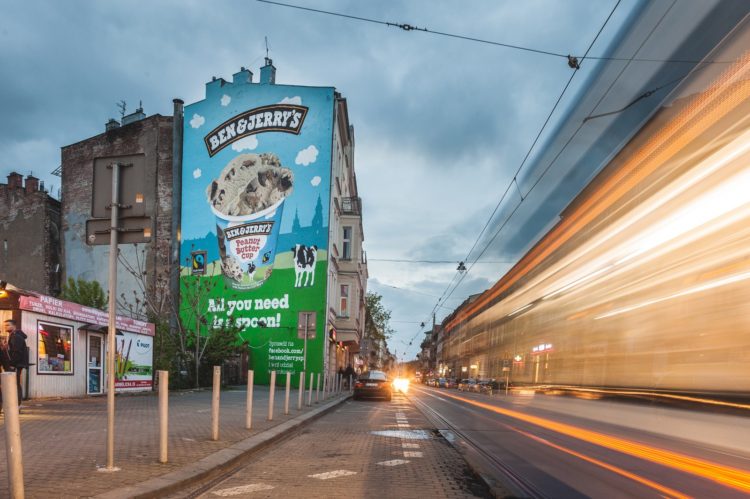 Credited for reviving the art of hand-painted ads, and celebrated for their radical, groundbreaking solutions, past projects have included giant paintings involving UV paint, video mapping and one painting fitted with a time-sensitive sprinkler system to create a drizzle-like effect for an ad promoting the Netflix serial The Rain. 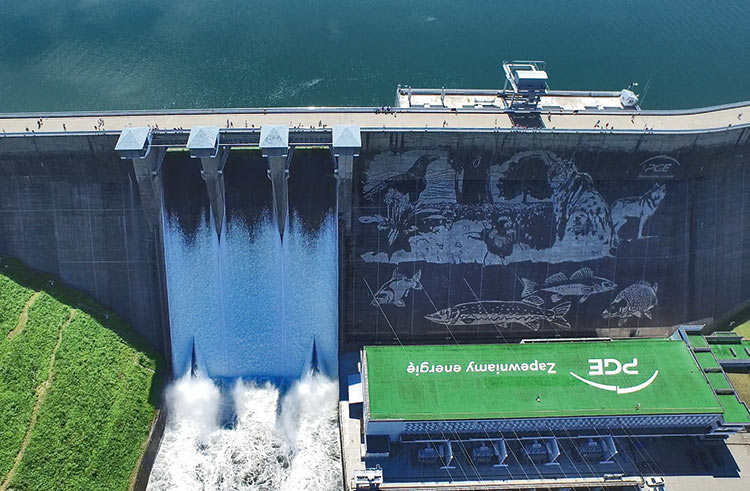 Other commissions have been similarly striking. When hired by PGE, the country’s biggest power company, Good Looking Studio were handed the job of giving the Solina dam in Biesczady a new swagger while keeping in mind the pristine glories of the wider natural environment.

Without the tiniest fleck of paint, this they did by using high-pressure water jets to blast off the dirt that had gathered on the dam’s face to form a stunning 4,000 sq/m mural depicting the region’s wildlife. Taking two weeks of work, it became Europe’s biggest ecologically produced mural as well as a standalone tourist attraction that went viral around the globe. 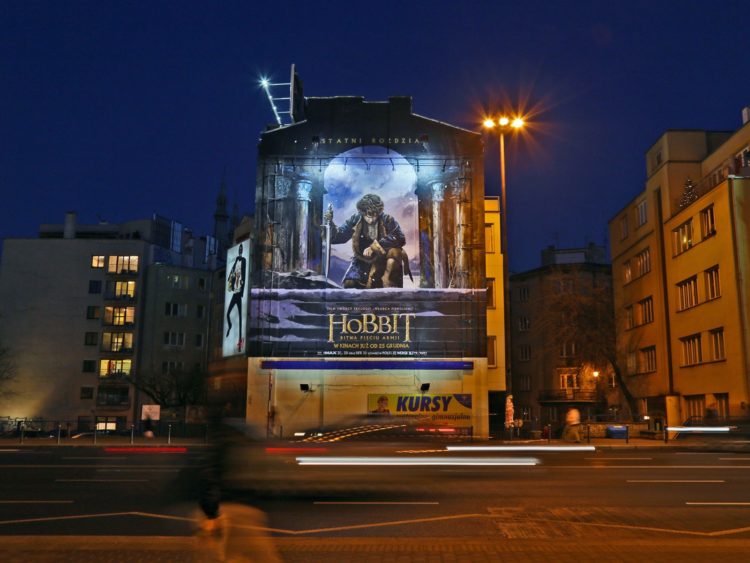 It’s a far cry from the early days. Originally working from a tiny, fifth-floor attic (“Essentially we just had two laptops and a desk,” recalls Karol), the company have rapidly expanded to become market leaders in their niche.

“When it comes to outdoor branding you could go for standard billboards or vinyl screens,” notes Karol, “or you could choose something that’s a little more personal like hand-painted art. We do the latter, and it’s been greatly received by both the public and our clients. People appreciate things with an artisanal quality – you can tell that much by the fact that people stop in the streets to watch us at work.” 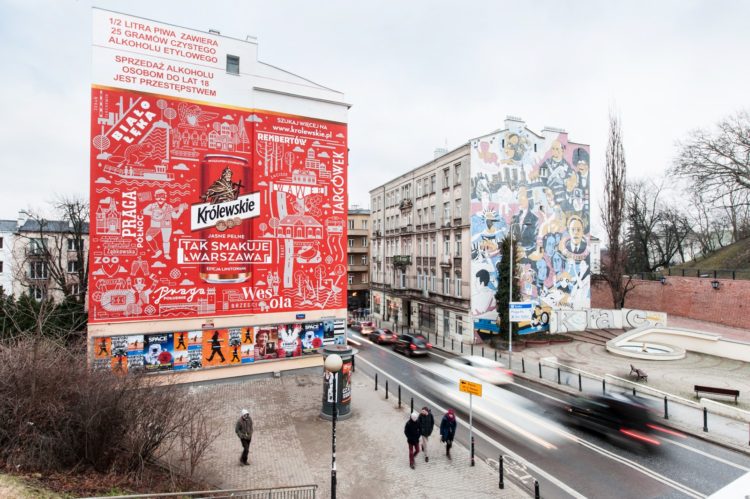 By us, Karol refers to the wall dogs, painters so named because of the safety harnesses they’re attached to. “Basically,” says Karol, “they’re like leashed dogs, working in whatever weather there is: minus 10 or plus 30.

There isn’t room for compromise in the ad industry, so we work 365 days per year to keep as competitive as we can – our team understand that and they’re ready to make those sacrifices. They have to be physically and mentally strong: it’s not a job that anyone can do.” Standing solid in the face of homogeneity, their work is saluted by all those that view it.