September doesn’t just mean back to work / school / reality, it also means a new intake of expats taking their first baby steps in the city. So, for the benefit of the greenhorns and rookies, we take a closer look at Warsaw’s greener elements… Click for Part 1… 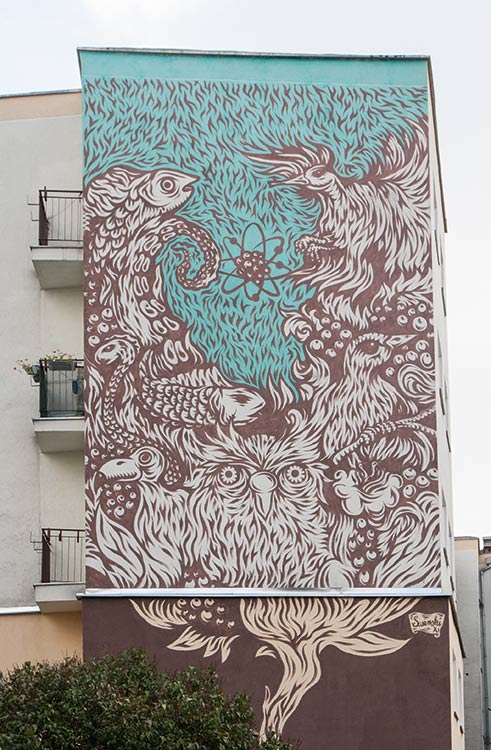 The Tree of Life
Green? Blue? Does it even matter? Swanski’s 2011 mural at Nowolipki 11 was painted as part of the city’s ‘Year of Marie Curie’ celebrations. As such, his work touches on various themes loosely connected to science and the universe: fish and birds grow from a surreal ‘tree of life’, while in the center sits an atom. This mural is just one of dozens that have sprung up on the walls around town. Often carrying a complex message, these works of urban art are particularly prevalent around the districts of Muranów and Praga. 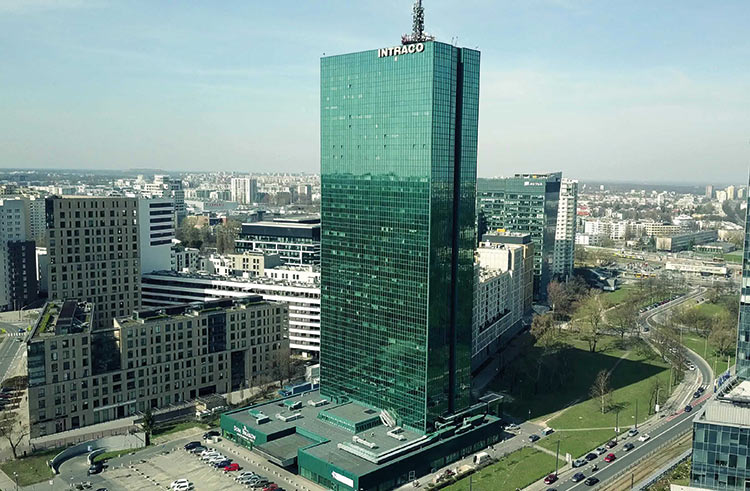 Towering Above
Warsaw finds itself in the midst of a full-on growth spurt: adding to the tally of steel and glass spires, the 310-meter Varso Tower is set to become the EU’s tallest building when it’s completed in 2020. However, the capital’s obsession with height goes back way before the post-communist era. Among the first ‘Western-standard’ skyscrapers was Intraco I, a ghastly green giant that still looms over Muranów. Built by Swedish contractors, rumors persist that the top floor is home to a terrifying fabric escape chute. 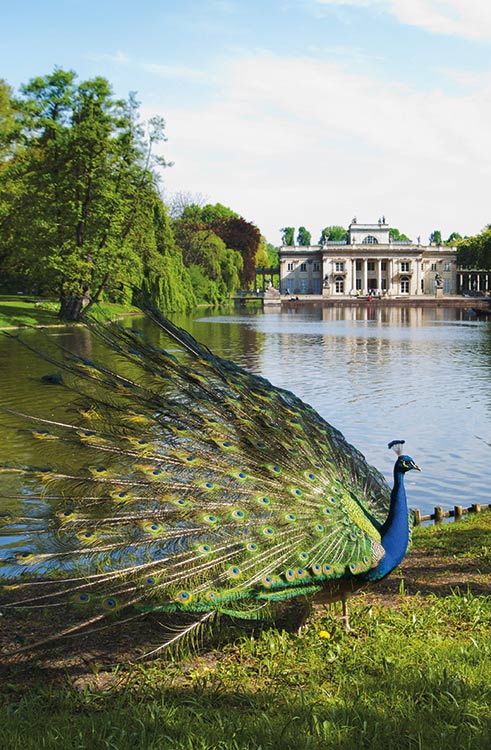 Pretty Green
The sheer pomp of Warsaw’s imperial ancestry isn’t always easily discerned. However, Łazienki Park leaves visitors in no doubt about this city’s stately heritage. Once the summer residence of Poland’s last monarch, this park and palace complex is known for its architectural diversions and pristine gardens. Yet beyond these surface details, it’s the park’s proud, preening peacocks that everyone falls in love with. 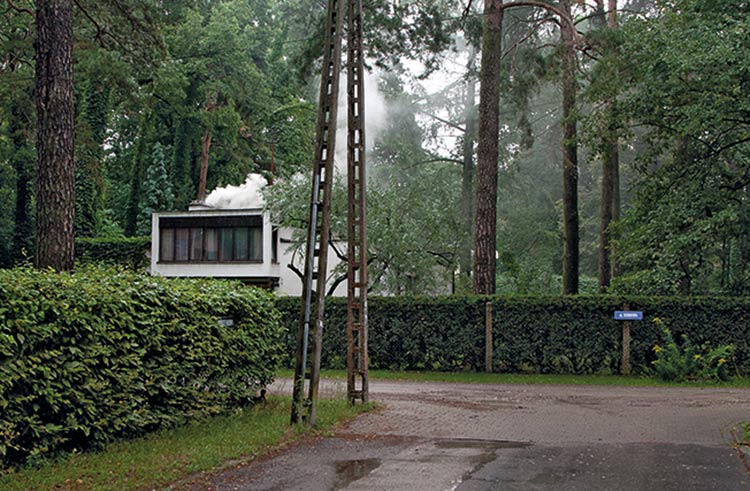 Garden Quarter
Within the confines of Stary Żoliborz you’ll find Żoliborz Oficerski, a garden community specifically designed in the inter-war years for Poland’s military top brass. Yet as quaint as it feels, to truly enjoy the golden years of the inter-bellum take the short trip to Podkowa Leśna: Poland’s first ‘garden city’ was created using a radial template coined by the exotically named Ebeneezer Howard. A bucolic haven in every sense, this verdant district is home to sumptuous gated villas and the enigmatic canis familiaris podkoviensis: a corgi-like creature that’s said to be unique to the area. 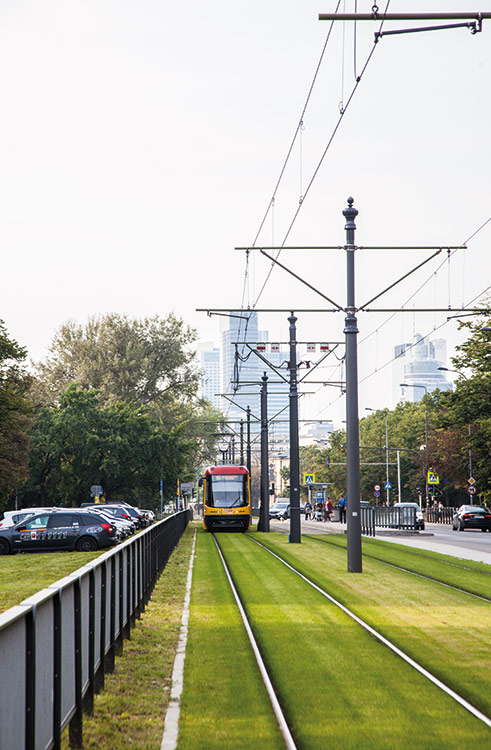 On The Right Track
Though heavily criticized for their inaction during the city’s recent (in fact, ongoing) smog crisis, local authorities have demonstrated they’re not completely ignorant of the environmental challenges facing the town. In a bid to slash noise pollution levels, Warsaw has embarked on a costly program of installing turf between tramlines. Not only has this resulted in quieter streets, it’s also seen swathes of the city transform from grim to green. 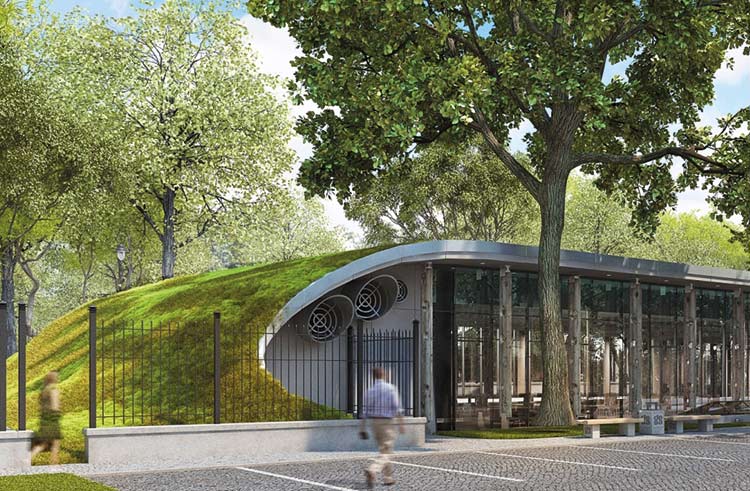 The Grass Is Greener
In the words of Kermit, it ain’t easy being green. But that hasn’t stopped an increasing number of architects from trying their best. Eco-friendly buildings have become all the rage, and while the sprawling Business Garden office complex in Mokotów is possibly the best example, few beat Art House Desa Unicum in terms of aesthetics: though still in its preparatory stages, when opened next year this grass-topped pavilion promises to become an attraction in itself. 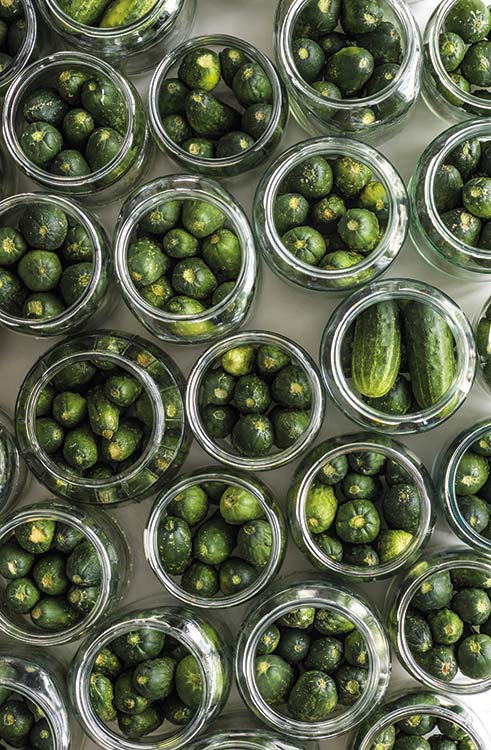 The Dreaded Ogórki
Definition 1: the pickled gherkins you find handed out with each celebratory tip of vodka. Overlook them at your peril, for these foul little buggers really do stave off any ensuing nasty consequences. Definition 2: the groovy-looking buses that once parped around the streets of socialist Warsaw. Though long retired, find them wheeled out on en masse on the occasion of the annual Night of the Museums. Held each May, it’s one of the cultural events that stitches the city together. 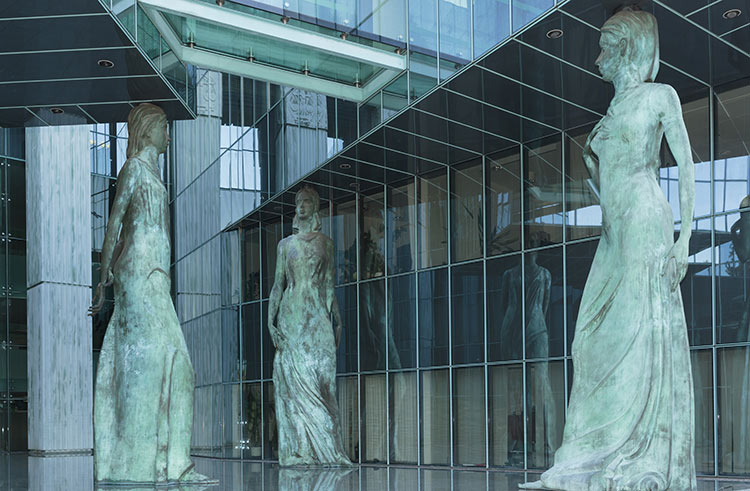 More Than Green Fingers
Whether it’s through oxidization or other complex chemical processes, a number of Warsaw’s statues find themselves going green with patina. Without doubt, the monument honoring Chopin – the city’s musical mascot – is the most high profile: visit it in summer when free piano concerts are held under the composer’s fixed gaze. Lesser known, check the mint green Supreme Court on the edge of New Town: it’s here life-sized female statues symbolizing the virtues of faith, hope and love support elements of the building. Then, right outside, find a dramatic installation commemorating the 1944 Warsaw Uprising. Bathed in green light come darkness, it’s a striking tribute to the 63-day bloodbath that came to define the indefatigable spirit of Warsaw.