Mexican food is easy, right? Wrong. At least judging by the number of restaurants that make a total pig’s ear of it. I’ll use The Mexican as an example. The last time I ate there I was served something that resembled nuclear waste. For days after tremors were heard coming from my bathroom. The whole flat shook.

I have no doubt that had that food been served in a Mexican prison there would have been a riot. The chef would have been lynched, his head stuck on a spike and his eyeballs scattered for the crows. That bad. Yet not only is The Mexican successful, it’s proved so popular a second joint has been opened in Warsaw. In fact, and words fail me here, they’re actually part of a wider nationwide chain that’s doing rather well. Unbelievable.

But it doesn’t stop with The Mexican. I could name and shame several more Mexican restaurants, the thing is I’ve made plans for tomorrow and don’t have the time. Instead, rather than telling you what’s bad, I’ll tell you what’s fab: say hola to Gringo Bar. 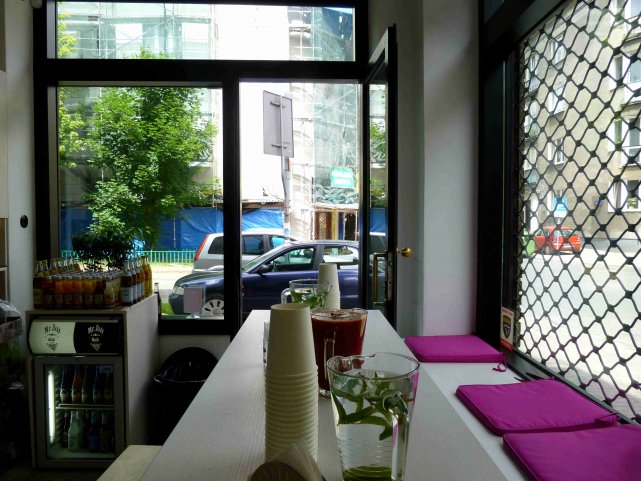 The Place: absolutely weenie in size, you get the idea the venue could fit inside some people’s bath tubs. It’s a simple design, with some Day of the Dead faces, stark white walls and bare light bulbs hanging from coiled wires. There’s one principal table that’s usually occupied from opening time onwards, and a couple more high stools lined against a wall. But it’s the little details I like: hand gel for those of us who’ve just got off a sticky, stinky tram, and complimentary jugs of water filled with mint and lime.

The Owner: is apparently a member of a hip hop collective that goes under the name of Hemp GRU. I don’t have the foggiest about the underground polish music scene, but fair play to the guy with this sideline operation.

The Staff: having moaned about the standard of service in Winosfera the other day, it’s great to find staff who know how to handle Joe Public. There’s four or so blokes behind the kitchen counter – all baseball caps and baggy t-shirts – and they’re the personification of banter and chat. You’re treated like a regular from the moment you enter. And get this: they didn’t have the right change when I turned up earlier, but rather than shrug and send me out to hunt for coins, they waived two zlots from my bill. I’ve never seen that before in Poland. 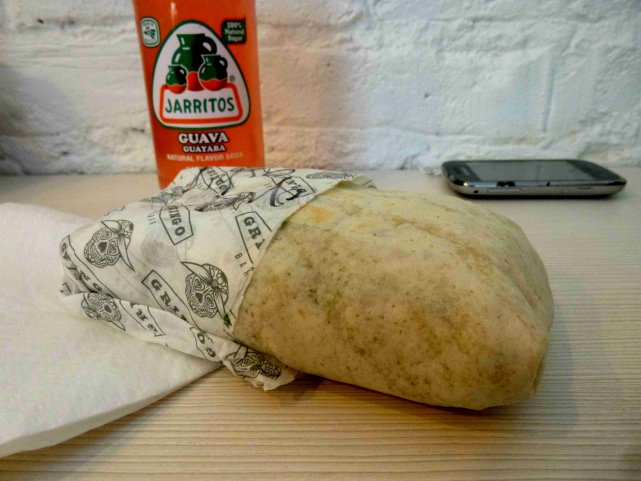 The Food: Mexican basics – quesadillas, tacos, nachos and burritos. That’s it. But I have not had a better burrito in Poland. Where possible the ingredients are fresh and natural, the corn tortillas are made onsite, while the flour tortillas are from packets – Mexican packets. And there’s a good use of habanero chili’s from Pepe Pancho. Oh, there’s the drinks, as well – carbonated, fruit flavored sodas from the Jarritos brand.

Heat: some guys drive like prats to flex their masculinity. Me, I’m one of those who eats hot, hot food. I like to feel like my eyes are bleeding and my ears are ringing. I don’t think Gringo Bar quite hits that mark (like the legendary No. 7 sauce at the recently deceased Spoco Loco), but there’s a good punch to it if you ask for it hot – enough to keep things ‘interesting’ without taking anything away from the taste. 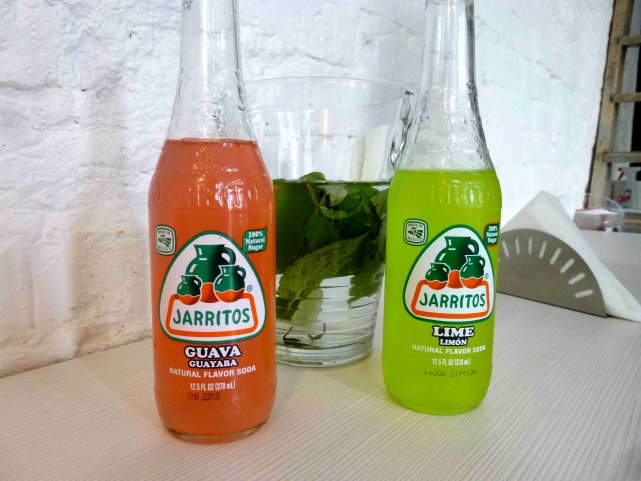 Price: zł. 25 for a big burrito. My GF thought the portion was too big, myself, that it was too small. But there’s about 50 kilos difference between us (no guesses required whose the larger), so normal people will probably have no issues with the size.

Overall: I’m so happy with this place. At last, we have a venue that does Mexican street basics as faithfully as this country allows. I’m hoping that they take the next step: expanding their offer and opening a proper restaurant. Fingers crossed.