The wholesale destruction of Warsaw afforded architects the unique opportunity to rebuild what had hitherto been a dense, dark city and remodel it in their own futuristic (albeit party-approved) vision. Rising to the challenge with gusto, of all the early schemes the W-Z highway was among the more high profile of the post-war ‘corrections’ that followed. 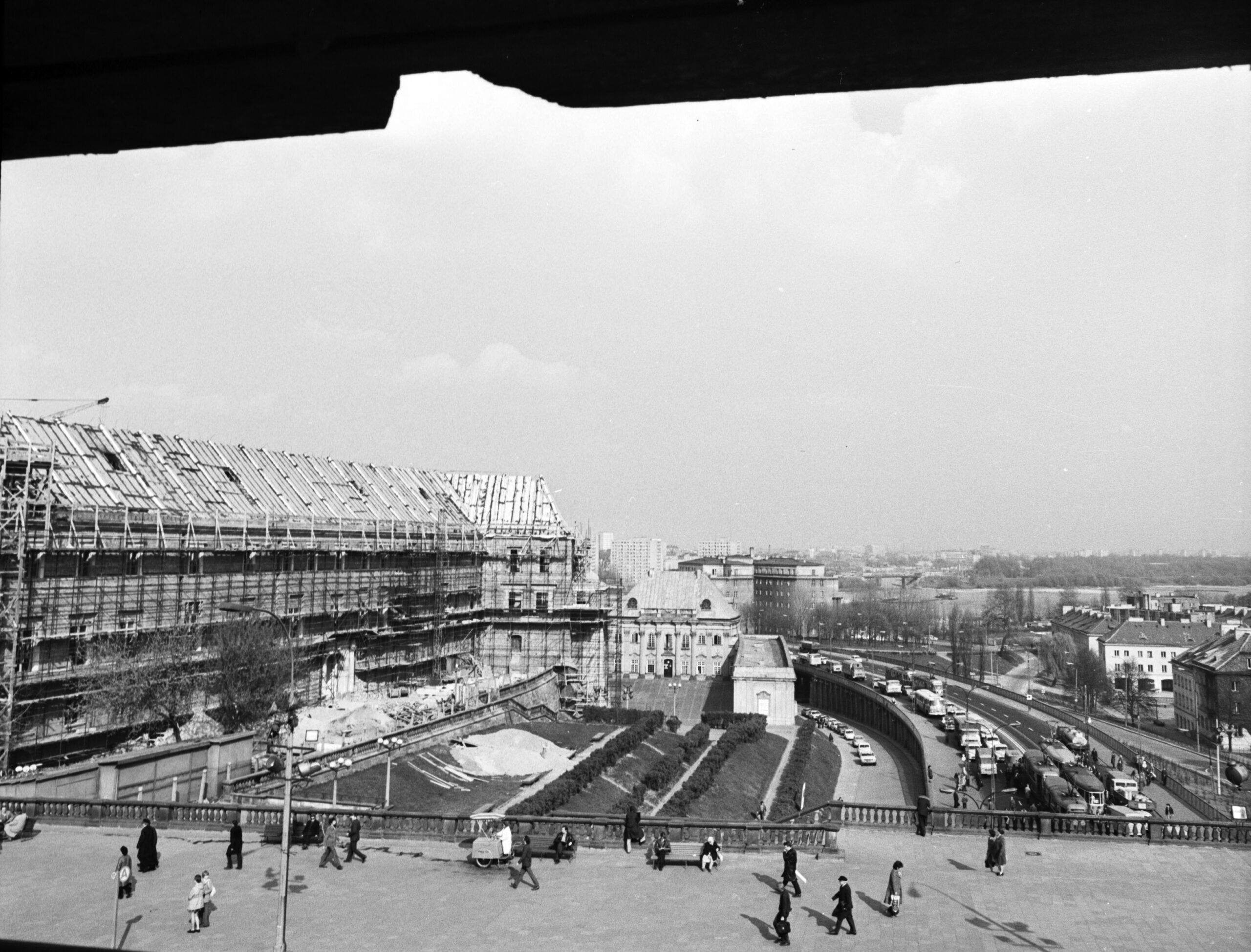 Linking Wola with Praga, the 6.7 kilometer highway ingeniously took road traffic away from the previously congested Old Town by sending it through a tunnel carved under Pl. Zamkowy, before carrying it onwards over the new Śląsko-Dąbrowski bridge (so named to commemorate the miners and steelworkers from Silesia and the Dąbrowa region that contributed to the capital’s revival).

Considered pioneering in its modernity, the implementation of the entire engineering project saw 8,000 workers remove over a million cubic meters of earth, and while Zygmunt’s Column was shifted six meters north, the entire construction saw the permanent loss of only one historic object – the Tepper Palace. 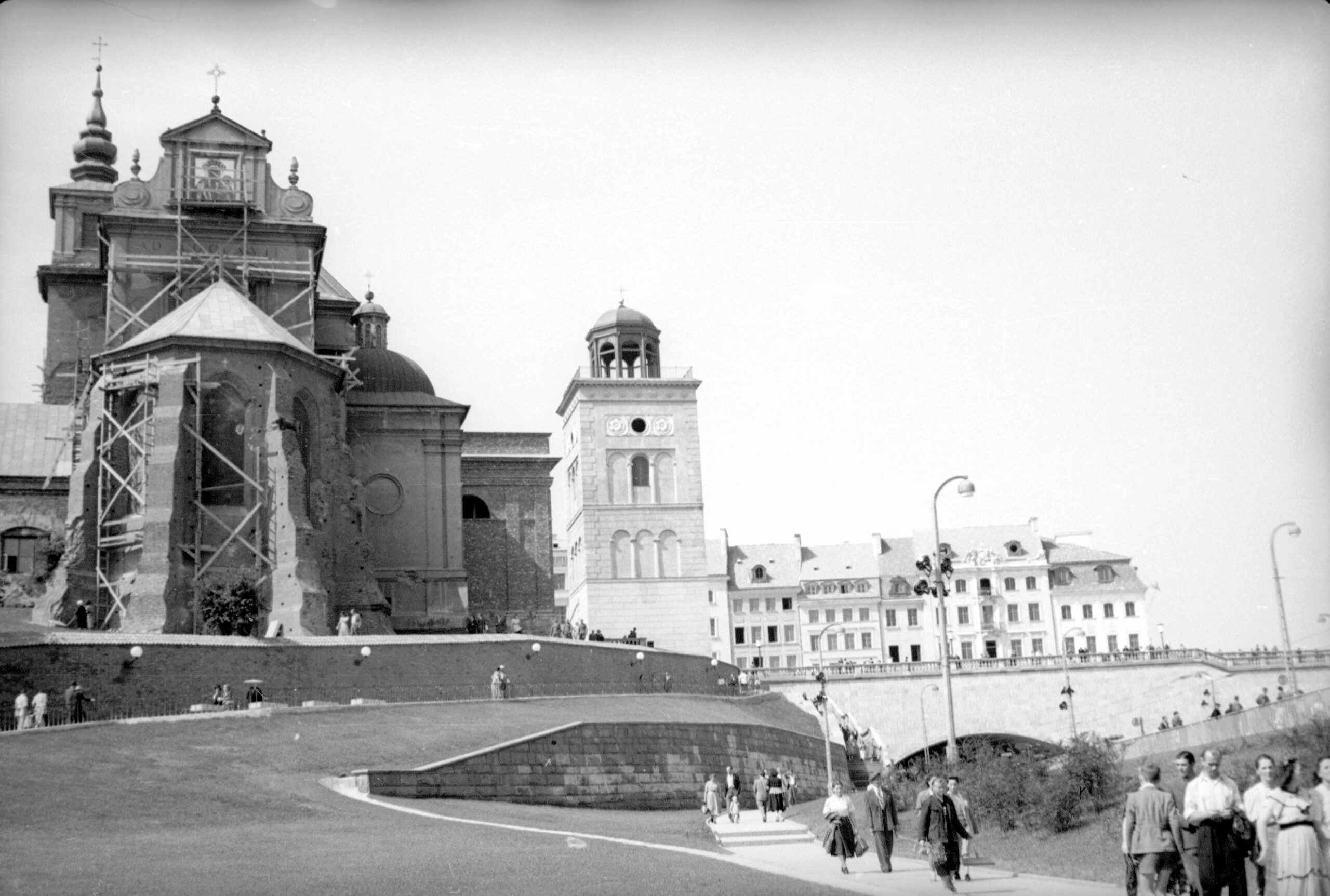 This, however, was nearly joined by St. Anne’s Church. Having made it through the war with just token flesh wounds, the structure came within a whisker of tumbling down after work on the tunnel rendered the surrounding ground unstable – only round-the-clock work by a team of 400 engineers saved the whole thing from collapsing. 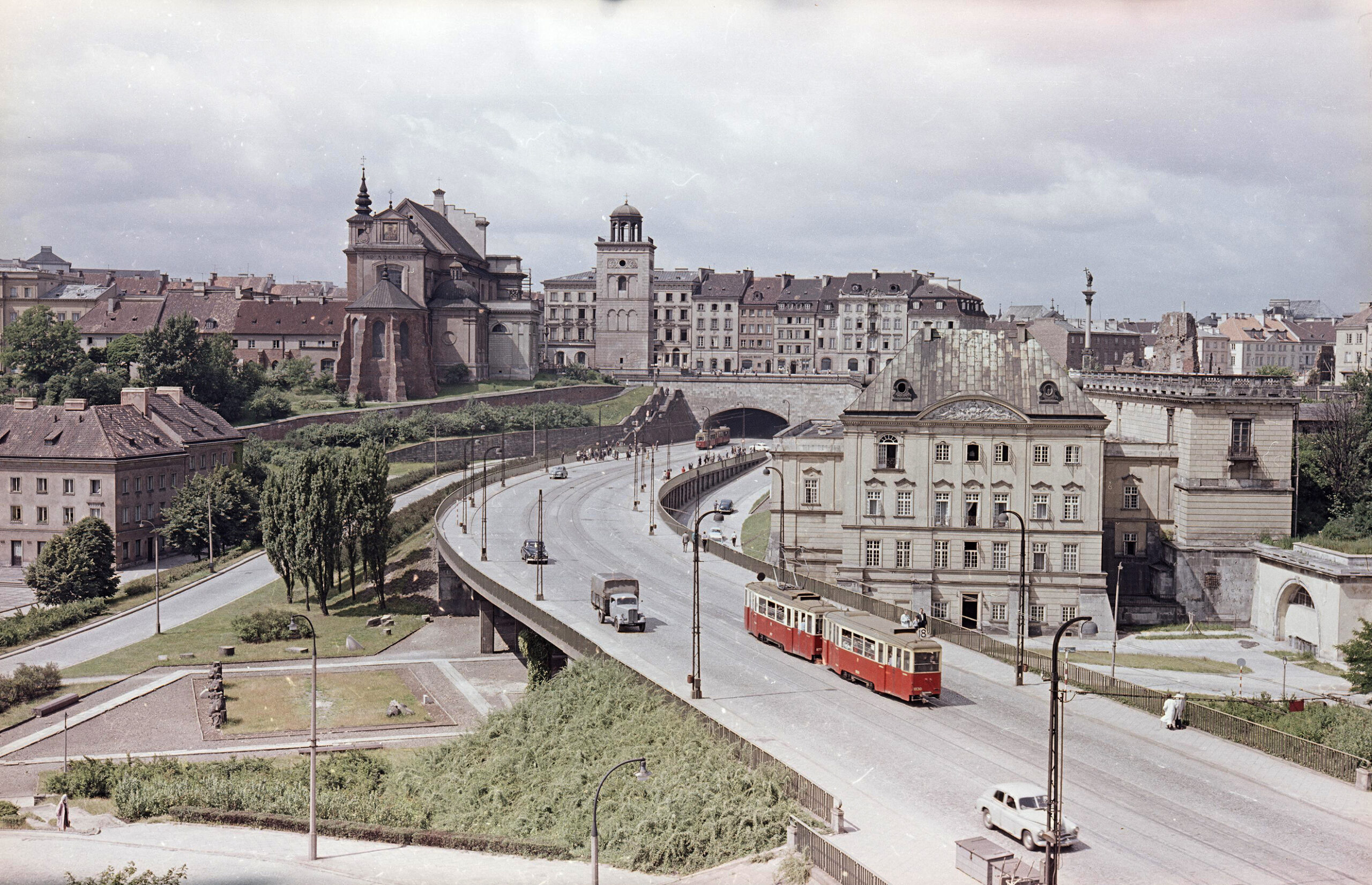 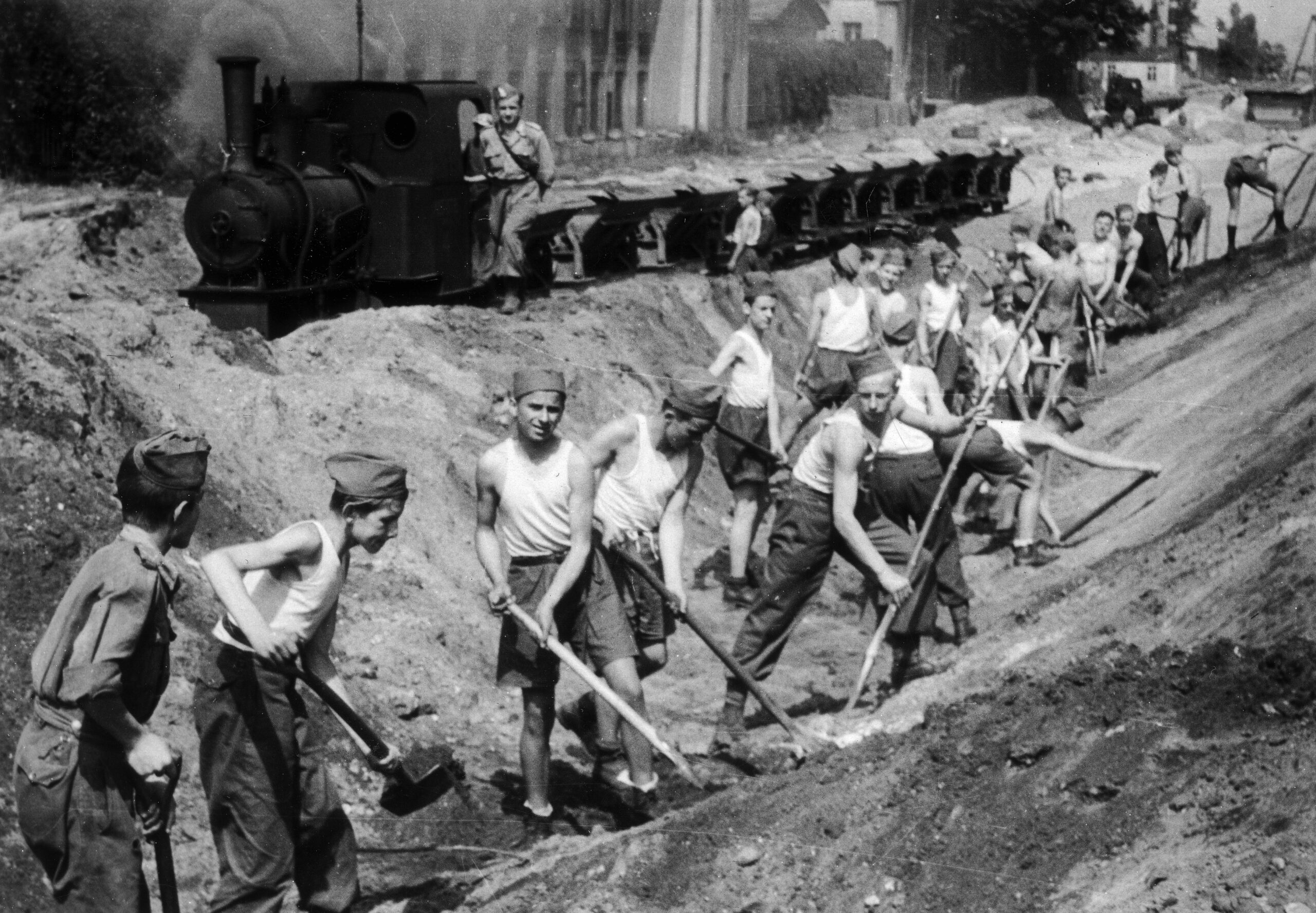 In fact, such was the occasion that it was soon immortalized by the invention of the Wuzetka cake: a chocolate sponge layered with lashings of whipped cream. Still eagerly devoured to this day, it has since become a staple in every domestic sweet shop.

And Happy Birthday… Dear Mariensztat
Originally established by an 18th century nobleman who named it after his wife, Maria, it didn’t take long for the Mariensztat district to veer from its intended genteel look. By the outbreak of WWII the area had become a barely navigable confusion of tangled streets and tumbledown tenements: pimps, prostitutes and punch-ups were its calling card.

However, its near total destruction during the war gave town planners the chance to reboot from scratch, and this they did with gusto, creating a prototype settlement based on a Socialist Realist template yet simultaneously inspired by small town architecture of the 17th and 18th century.

Warsaw’s first post-war housing project opened amid much fanfare on this day in 1949, with architect Zygmunt Stepiński’s design incorporating playgrounds, schools and other community-minded infrastructure. Seen as a major propaganda coup, its breakneck completion was largely due to truly Herculean construction work – it’s said some buildings took three days to finish. 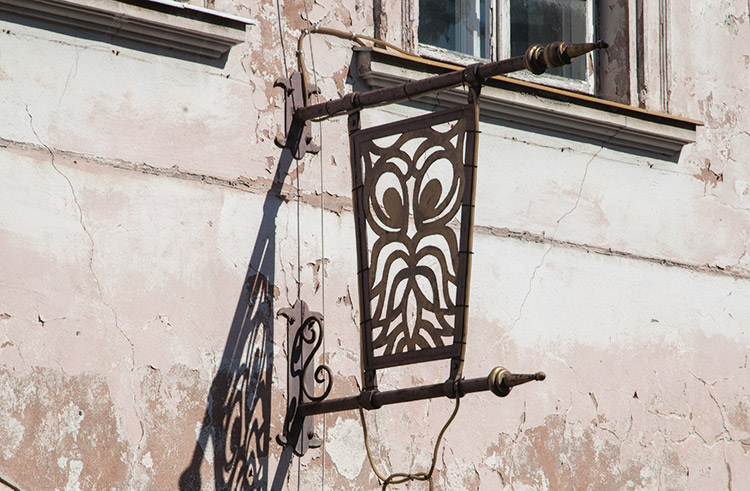 With that in mind, it was unsurprising that this slice of Workers’ Paradise was exploited frequently in films such as Poland’s first color movie: a romantic comedy titled Adventure in Mariensztat.

Naturally, the area’s primary pull was a square, and though it feels largely windswept today, during the 50s it regularly played host to fetes, dances and community events. 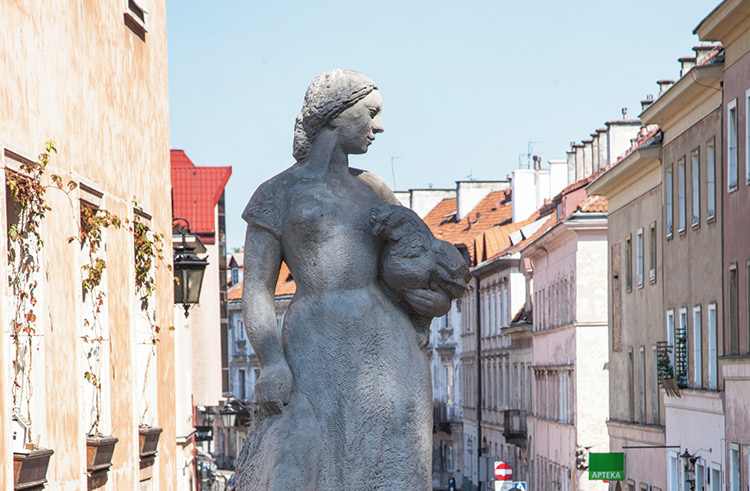 Since that heyday, the area’s pink pastel colors have faded, but many of the original details remains they were: among them, quirky murals and mosaics (check the chirpy cat on ul. Sowia), a (currently dry) fountain fringed by three stone children, and a statue of a hen-clasping woman – a reference to the area’s famed pre-war food market, it was only after the monument was unveiled that a local guidebook noted that the animal was positioned the wrong way round. “Stall holders would have always shown potential buyers the hen from the back end,” wrote Lech Chmielewski in his post-war booklet Przewodnik Warszawski.

And Don’t Forget… The Moving Stairs!
Mostly famously though, it was the 1949 opening of the country’s first escalator that really wowed the public. 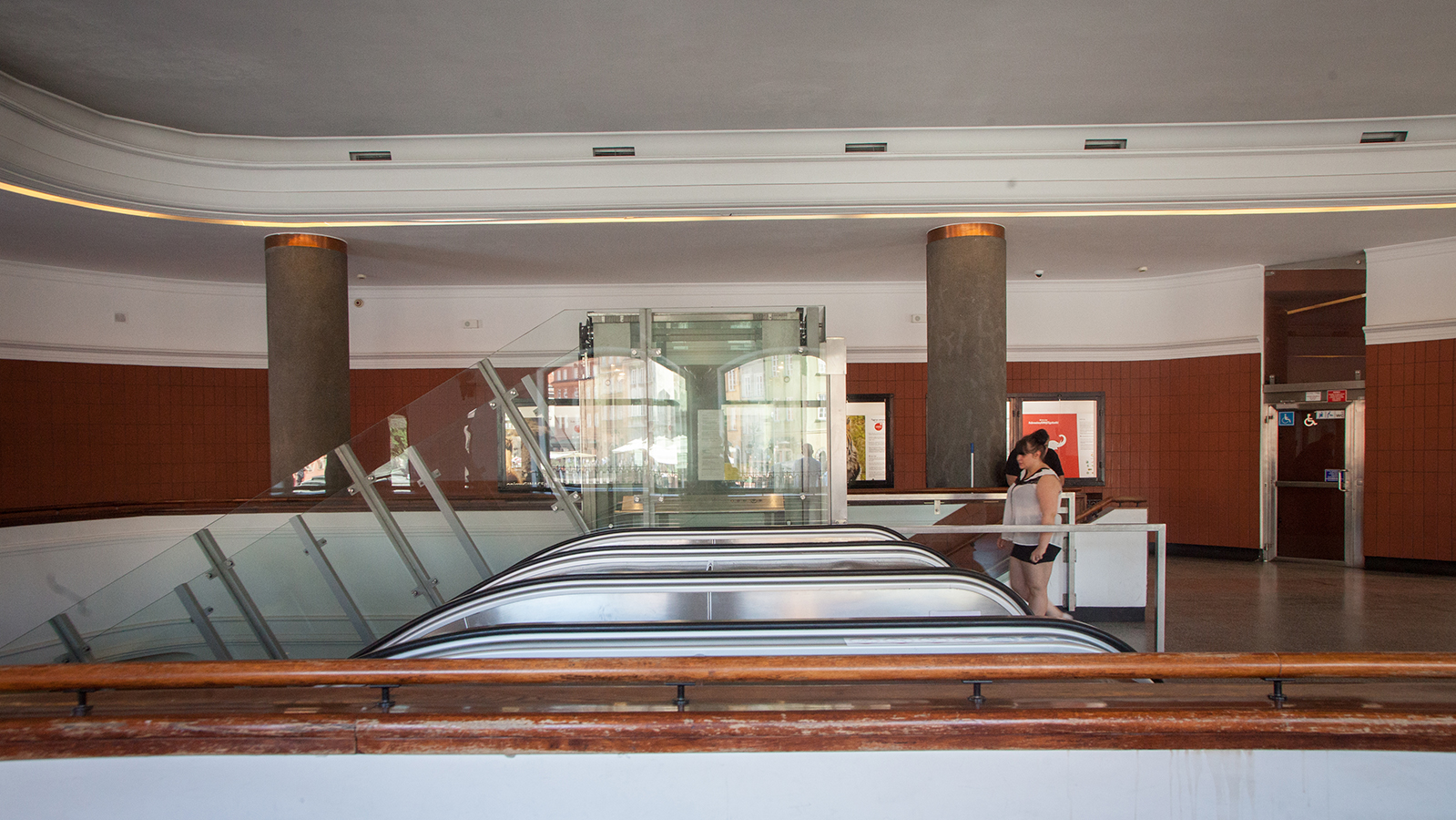 Leading from Pl. Zamkowy down to the mouth of the tunnel, ‘the moving stairs’ were deemed a major tourist attraction at the time; to this day, original signs have been saved warning children and those with heart defects against repeated use. 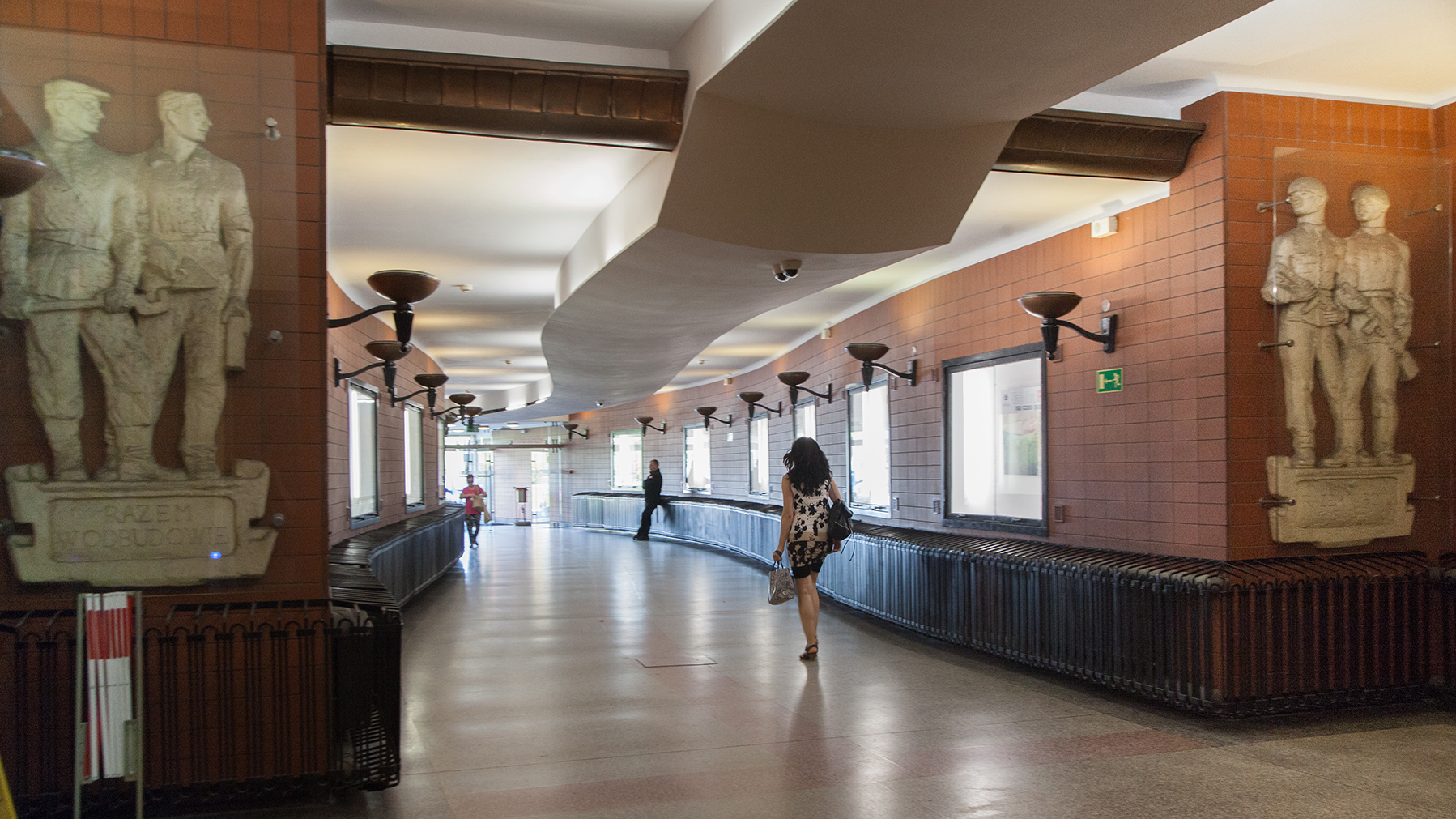