Chef Michał Bryś has long been lauded for his work at L’enfant Terrible, now he’s terrorizing your screens as the taskmaster on the Polish version of Hell’s Kitchen…

Every customer at L’enfant Terrible ends up commenting about how nice you are! All this shouting and screaming is a bit of a shock…
As a chef I inhabit two different worlds: there’s the kitchen, where the dark side of the moon shines, and then the world outside. Like all chefs, when I’m in the kitchen I’m a completely different person to the one outside it. If you see something going wrong or an idea of yours being badly executed you’re going to get upset and yell – that’s natural.

What drives you nuts at work?
I can’t stand it when chefs look for shortcuts or try to take the easy way out. If I see laziness or someone who doesn’t believe in the final goal then I switch into Mr. Nasty. A successful kitchen relies on team work, you need everyone pulling in the same direction. In this respect, it’s a bit like the army. You have to work like a unit. The only individual is the head chef, the others have to play together.

What about customers? Anything you want to see banned from the dining room?
Silly trends drive me mad. I’ve got no problem if someone has a genuine medical intolerance to gluten, but I hate it when people ask for gluten or lactose free food just because they perceive doing so as being ‘fashionable’. People like that are stupid.

Have you ever worked in a real Hell’s Kitchen?
The two-star Ledbury in London was my personal hell. The chef there, Brett Graham, has massive talent, energy and an immense skill set, but he really knows how to push his staff. There were about 20 of us working 18 to 20-hour shifts in a space of not much more than 30 sq/m. I discovered muscles I never knew even existed! Throughout the day we’d work in boiling heat under real pressure to maintain top quality standards. That was the first kitchen I ever worked in, but I’m very, very happy I went through all that. It was my boot camp and I survived it. It wasn’t just tough physically, but psychologically as well. When you get through something like that you have the confidence to work anywhere. 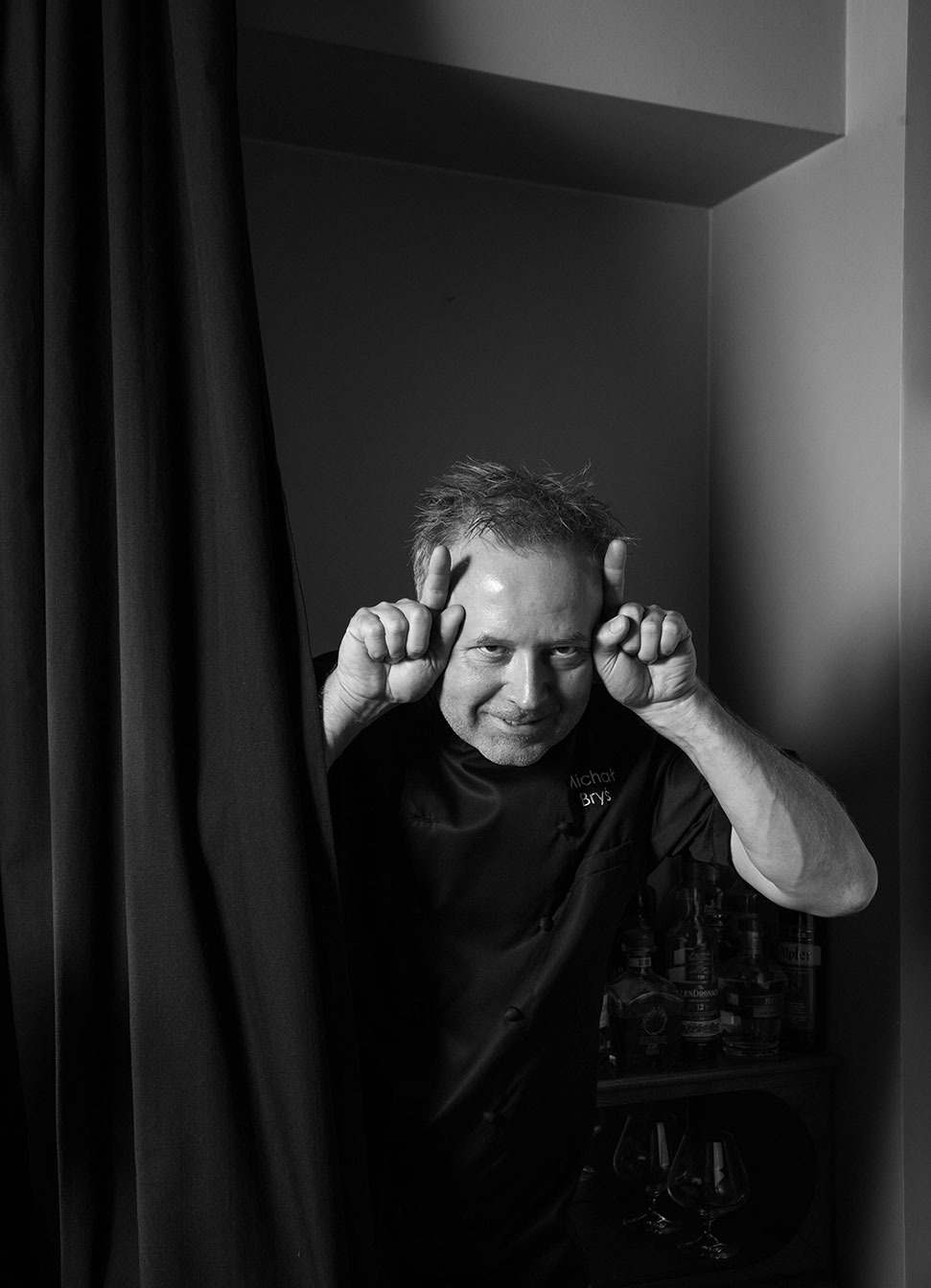 You were 40 when you started at The Ledbury, a real latecomer to the profession…
Cooking has always been in the genes mind. In pre-war times my great grandfather owned a big restaurant outside Katowice, while some of my happiest memories from childhood are sitting in my grandmother’s kitchen. She was a fantastic cook who, without ever actually knowing it, had mastered a lot of classic French techniques. I fell in love with the aromas of her kitchen and the senses it played with. My taste buds were born there. But yes, while I’ve always wanted to be a chef, I only took the jump much later in my life. I wrote letters to the 50 best restaurants in the world, attached pictures of my food, and explained why I really wanted to work in their kitchens. Over the next few years I used all of my savings to work for free in three different countries. Everything, from hotels and flights, came straight from my own pocket.

Has the fact you entered professional cooking so late helped or hindered your career?
In many ways it’s actually really helped. Previously I worked as a producer, so balancing budgets and schedules is in the blood. Later, I was a director, which helped me look at things from a more artistic point of view. Both those jobs have helped me grow as a chef.

What’s the best advice you can give to aspiring chefs on Hell’s Kitchen?
Listen to your elders and never give up. Believe in your end goal. The physical pain is neither here nor there, making it as a chef is all about having the mental strength to succeed.

Do you have time for a personal life?
Yes! I always look to balance work and personal life. I live in the countryside, in a small village next to a forest and a river. I go horse riding there, Texan-style, and also practice Krav Maga. These are things that keep me in good condition mentally and physically.

Are your neighbors aware they live next to the devil?
I think a couple of them know what I do and realize I’m on TV, but the rest either don’t care or don’t even know. It’s a small village of 200 people: to the locals I’m another normal guy. I’m just Michał to them.

Any food sins you’d like to confess?
I don’t have any dark vices. I love pizza but definitely not the junk food variety – I cook my own, fermenting the dough for 48-hours. I’m obsessed with bread and it’s a bit of a private dream to one day open an informal pizzeria/bakery.

Hell’s Kitchen starts off with you banging the drums: you’re a rock’n’roll chef!
I hate the concept of traditional fine dining – the white cloths and all that. I listen to Johnny Cash and Iron Maiden in the car on the way to work, and that’s the kind of thing you’ll find playing in my restaurant. As for the drumming in the opening sequence, that was my idea. When I was 12 or 13 I used to play in a thrash metal band called Haron and getting back on the drums for Hell’s Kitchen has got me thinking about buying a drum kit. I can practice after work in the basement!

Finally, Halloween is upon us! Ever seen a ghost?
Never, but I definitely believe there might be something out there!