As POLIN celebrates the reopening of its core exhibition, the Insider takes a look at a temporary attraction that's equally worthy of the plaudits.

When, in 1686, Simone Giuseppe Bellotti – the Polish Royal Court’s architect – built a palace close to the site of today’s Intraco tower, could he ever have envisaged what would become of the area over the centuries that followed?

Could he have imagined that it would serve as a thriving melting pot of Jewish culture, or the untold horrors to which it would later bear witness? And from this death and destruction, could Bellotti have dreamed of the district’s rebirth and subsequent revival?

It is not so much unlikely as it is utterly implausible, for the story of the area as told in POLIN’s Here Is Muranów exhibition is nothing if not fantastic in its preposterous peaks and troughs 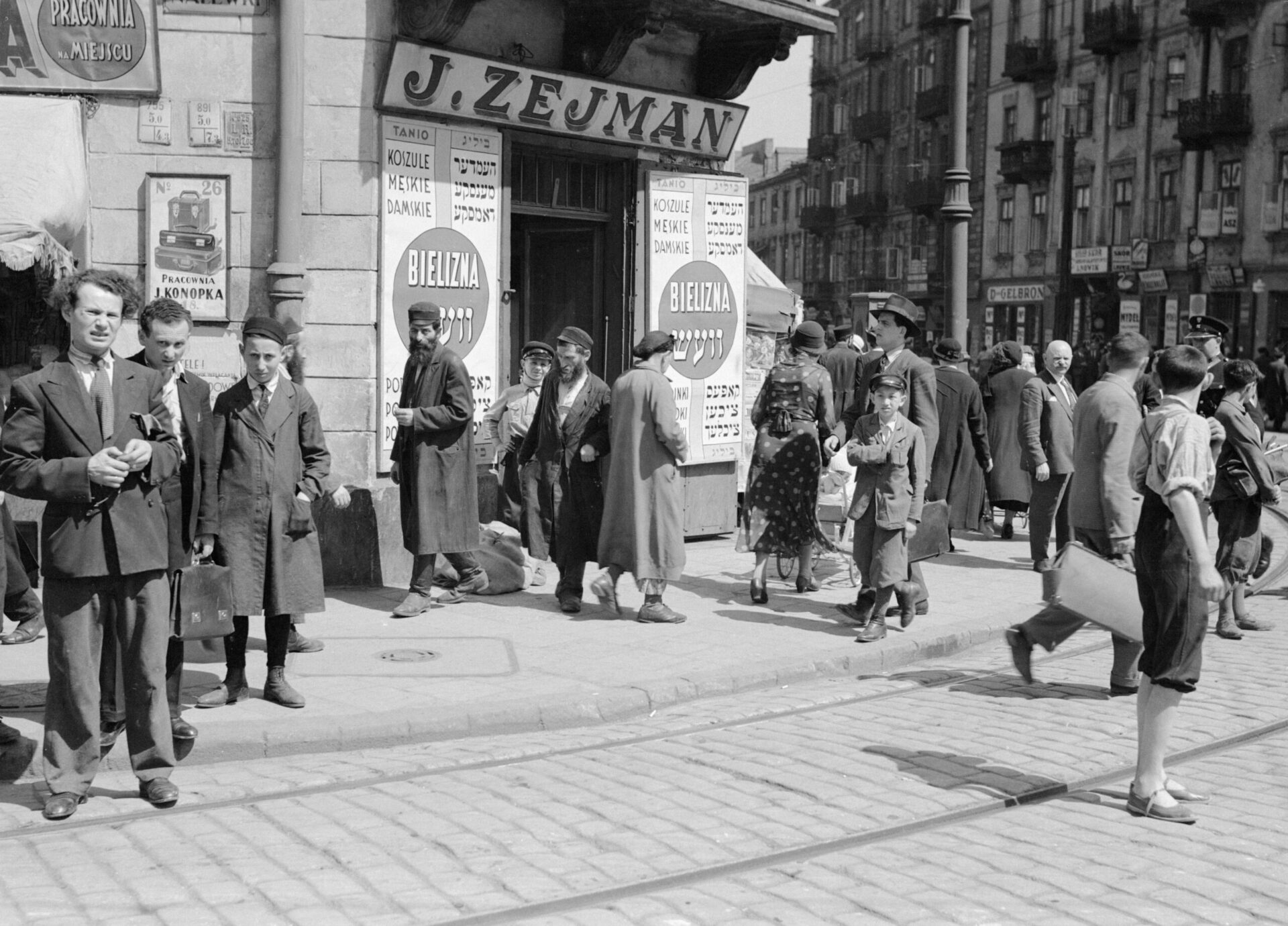 A busy street during Muranów’s heyday (image supplied by Polin)

Choosing to name it Murano, after the Venetian island from which he hailed, Bellotti’s horseshoe-shaped palace found itself increasingly absorbed into the expanding city of Warsaw.  From such quiet beginnings, by the late-19th century this northern outpost had become the center of Europe’s Jewish life and given the presence of its defining feature, the palace, it was natural that along the way this area became popularly known as Muranów. 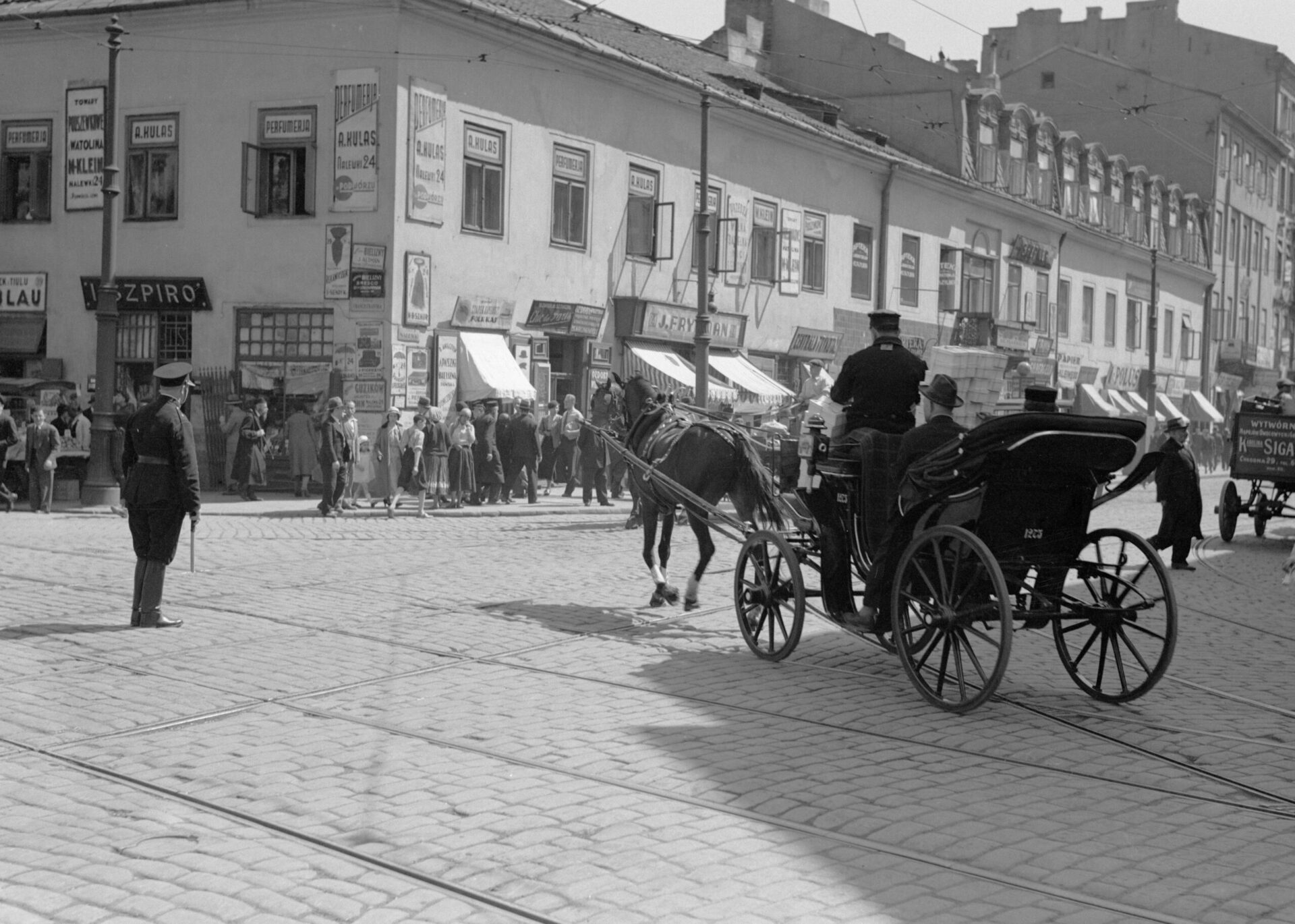 As anticipated, this heyday is core to the exhibition, with a striking counter-balance provided by the post-war, post-Jewish reality. And in between it all, acting as a dividing line, is the wartime period, which is the note on which it all begins.

Although light on physical exhibits, what there is finds itself used to maximum effect, such as an opening spread showcasing a fraction of the 5,000 everyday objects recovered from the POLIN site during excavations conducted between 1998 and 2009. 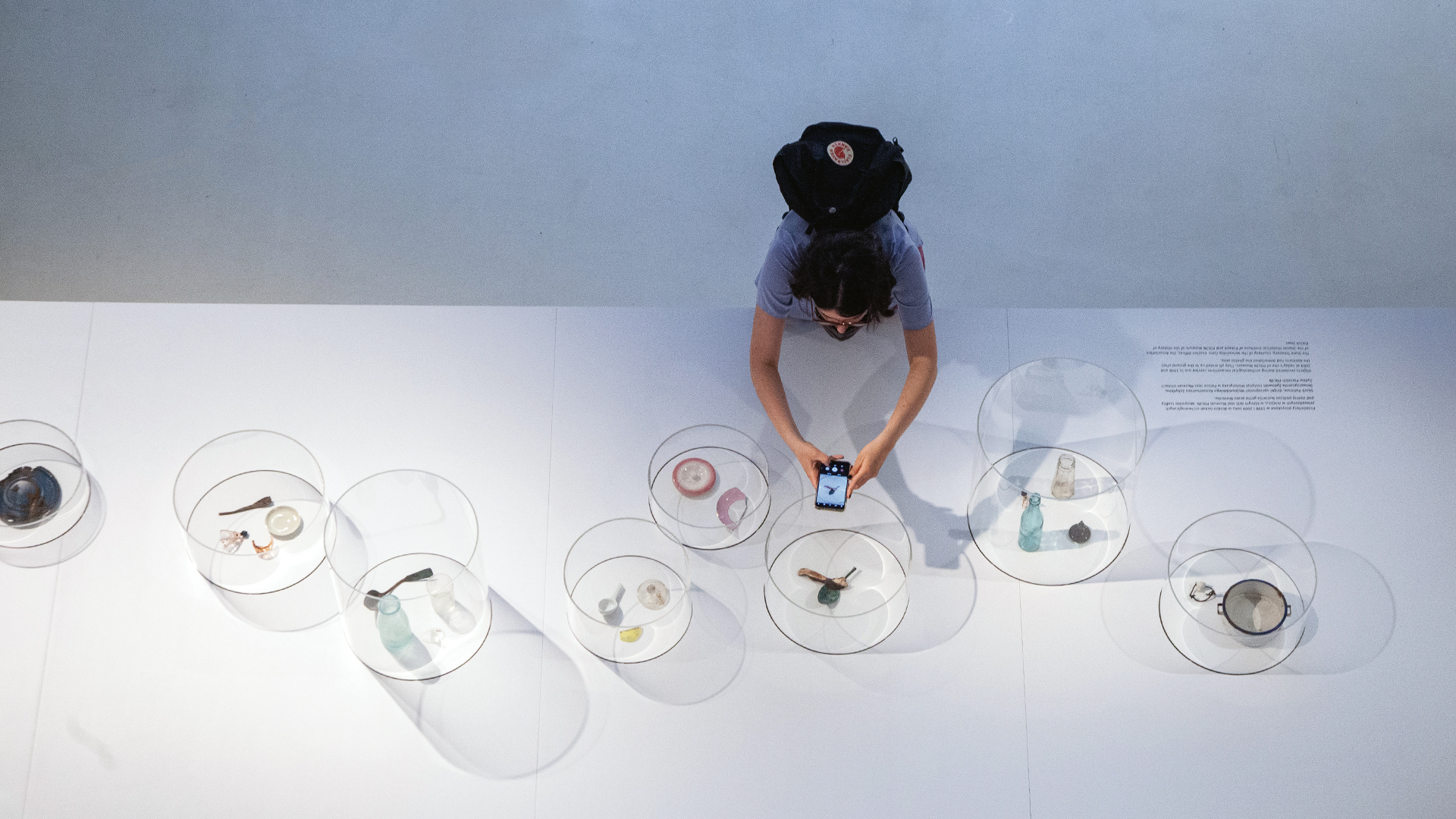 Almost a metaphor for the lost community they pay testament to, it is perhaps no coincidence that these items are both beautiful and shattered. “They are carriers,” reads the accompanying text, “of an encoded record of the Holocaust that insists on being decoded.”

What was lost when the Nazis chose to seal off the area and turn it into the largest Ghetto of the Third Reich can barely be understood, but despite that we are given a powerful insight as to the district’s global importance. 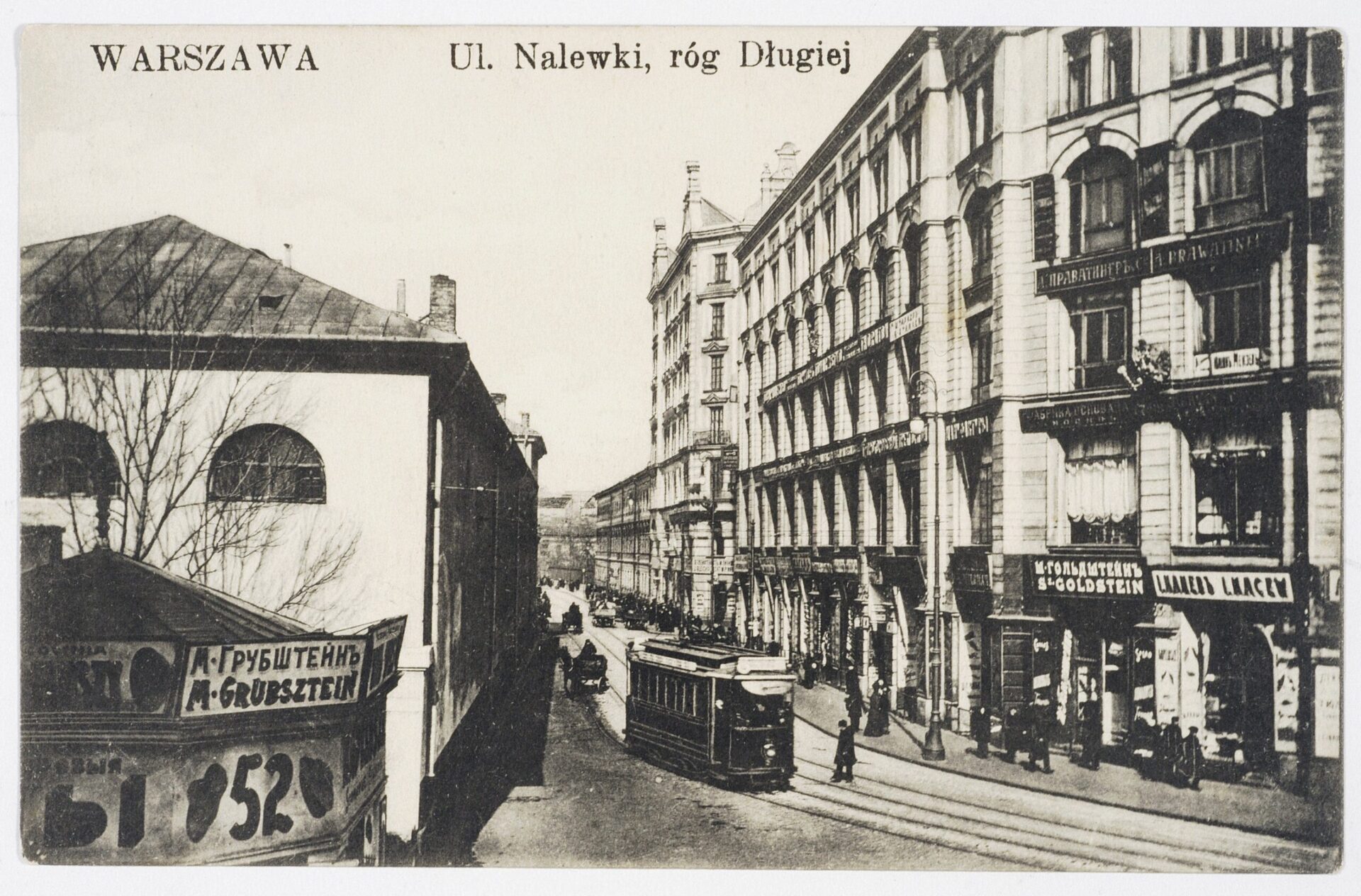 “Nalewki Street was the essence of Jewish Warsaw,” we are told, a place where “elegant tenements and seedy annexes” stood side-by-side, “where beauties mixed with eyesores and the sacred with the profane. Nalewki was a separate universe, a myth, a legend, and the only such street in the world.”

Though refusing – like the rest of the museum – to be defined by the Holocaust, this chapter’s conspicuous role in Muranów’s story isn’t overlooked. Reliant on jarring images and in-depth captions, we are regaled with the hardships that ensued, the desperation, the fear and the gnawing hunger. 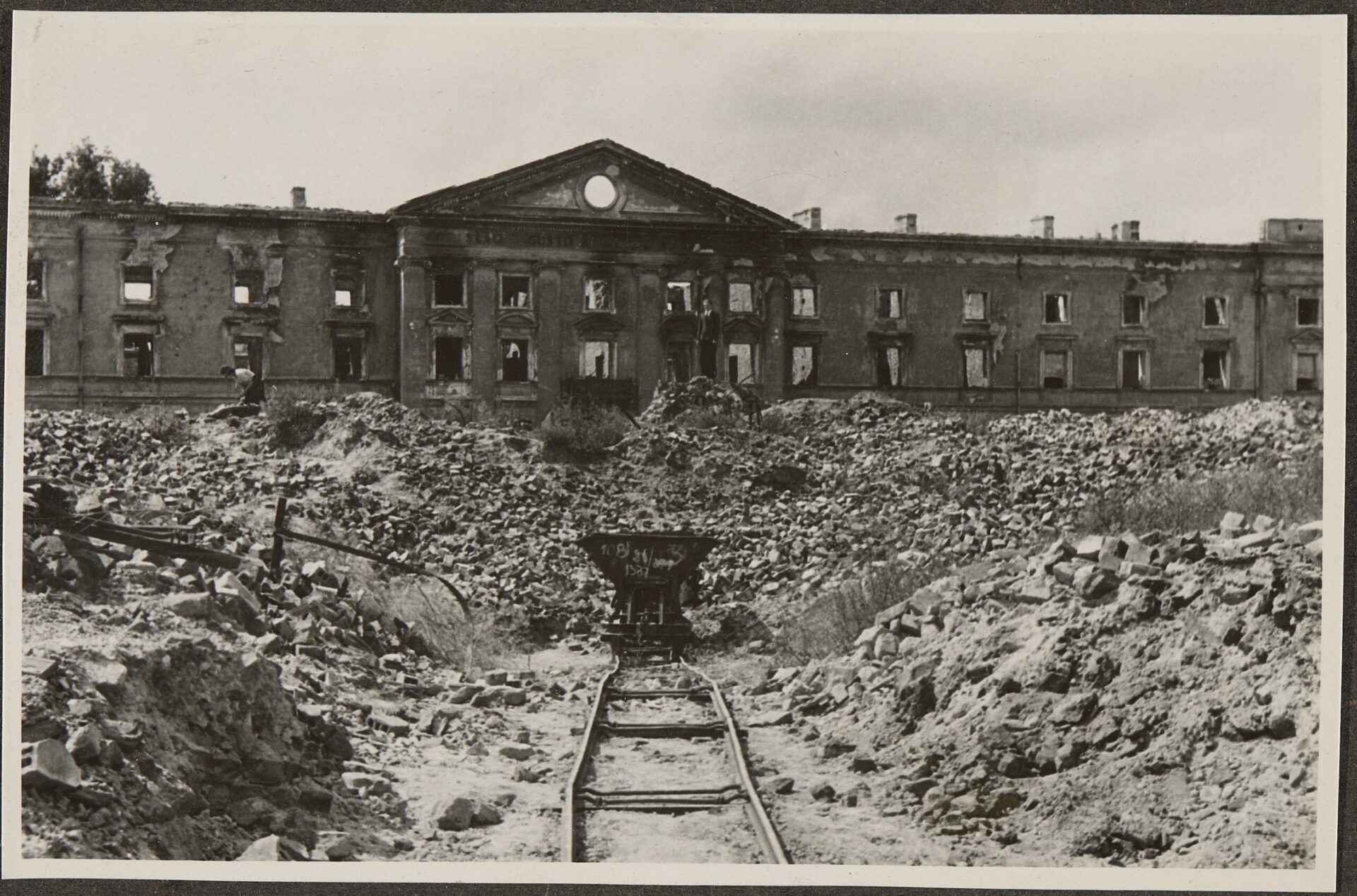 After the war, Muranów lay in ruin (image supplied by Polin)

But it is arguably the testimony provided by one of the 160 Polish firemen pressganged into service by the Nazis for the duration of the 1943 Ghetto Uprising that perhaps strikes the loudest note. Recruited solely to prevent blazes spreading to the Aryan sections of the city, one such fireman is moved to recall: “instead of putting out fires, we were made to watch them; instead of saving people, we were made to helplessly witness their death and torment.” 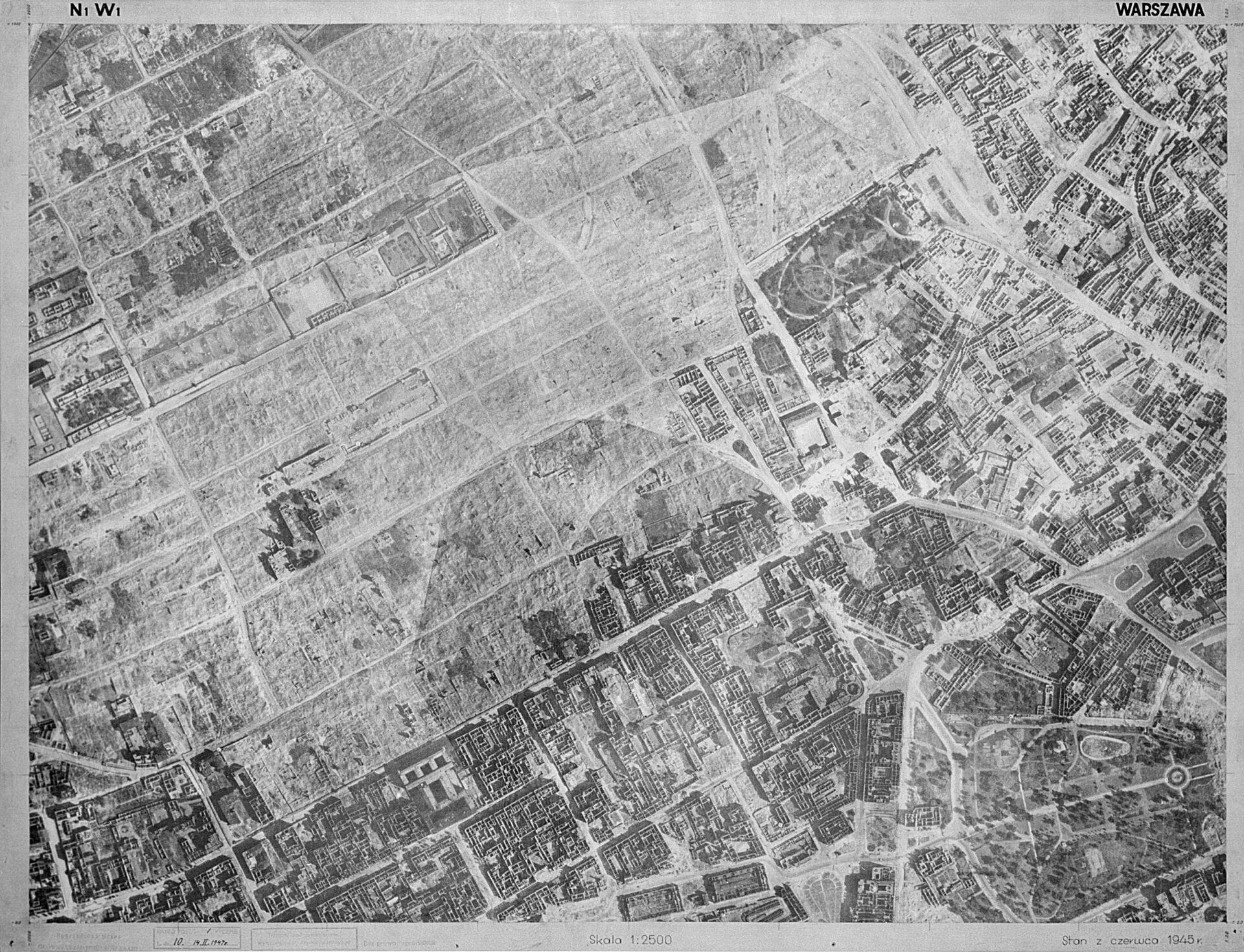 It was with murderous efficiency that the Nazis suppressed the war’s biggest Jewish insurrection, thereafter choosing to eradicate all traces of Jewish Warsaw by laying waste to the district; reduced to a vast sea of bricks, it is said that in some parts the rubble stood three to four stories high – unbelievably almost, this smashed detritus would be utilized as building material for the new Muranów that would rise on the ashes of the old.

Working to a plan devised by Bohdan Lachert in 1948, the reconstruction that followed was energetic and breakneck in its pace. Trained as bricklayers, women constituted 30% of the workforce and by March 1950 Muranów’s new flock of residents began moving into this model socialist estate – the first being Franciszek Kapliński, a janitor appointed to look after a block of apartments on what is now Solidarności. 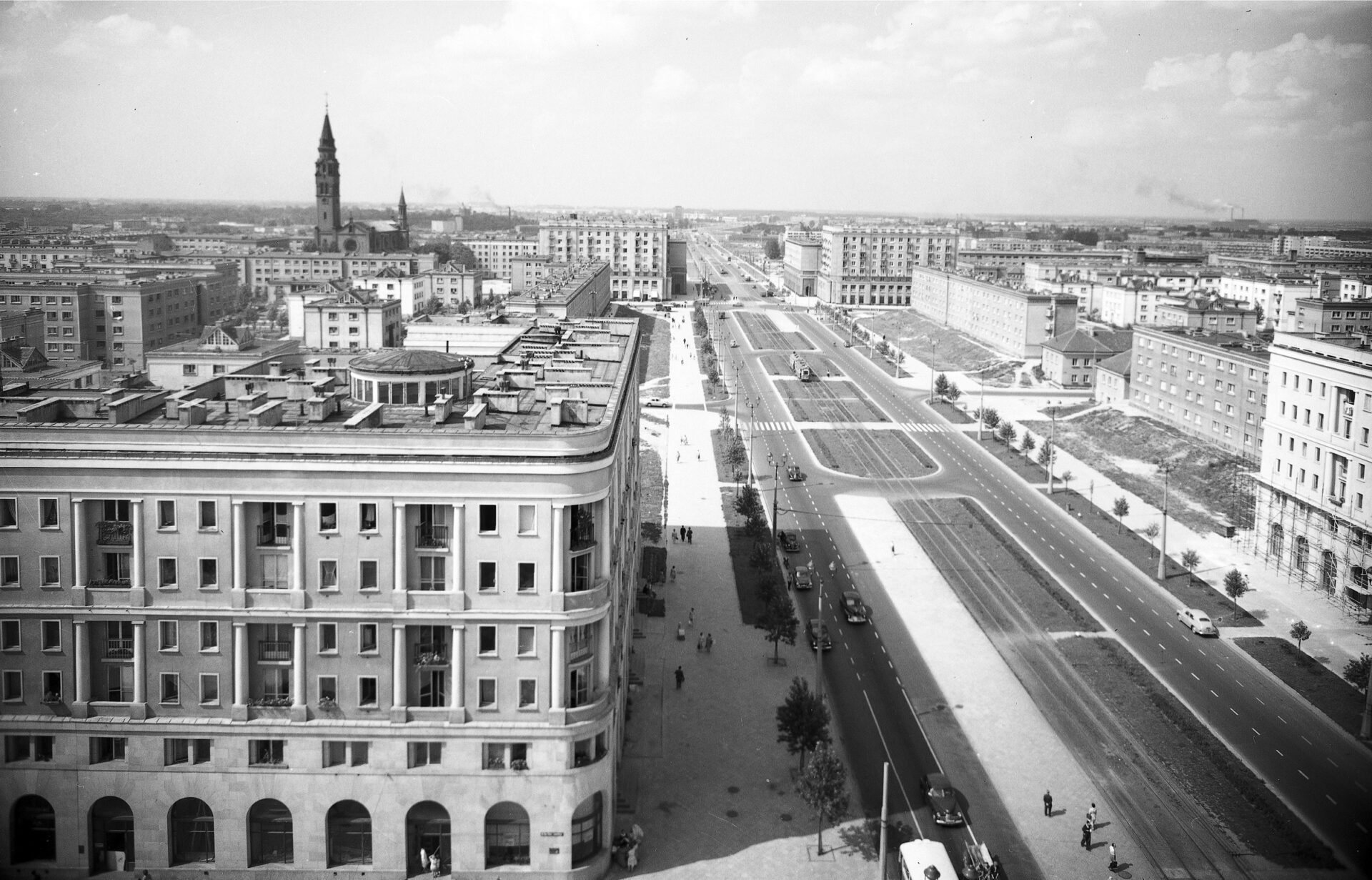 Brave new world: looking into the heart of Muranów (Image supplied by Polin)

The optimism of this era and the ambition of Lachert’s project resonates particularly strongly, and it is on the topic of the reconstruction that the exhibition truly excels. On Andersa, new arrivals wooed by the giant dimensions of the complex marveled at what they referred to as “Stalin’s palaces”, while taken as a whole others praised Lachert for a concept that rendered the new Muranów a self-sufficient community that took into account such essentials as infrastructure and the day-to-day needs of those that now lived there. After the bloodletting of the previous years, this was a brave, new world that offered hope and relief. 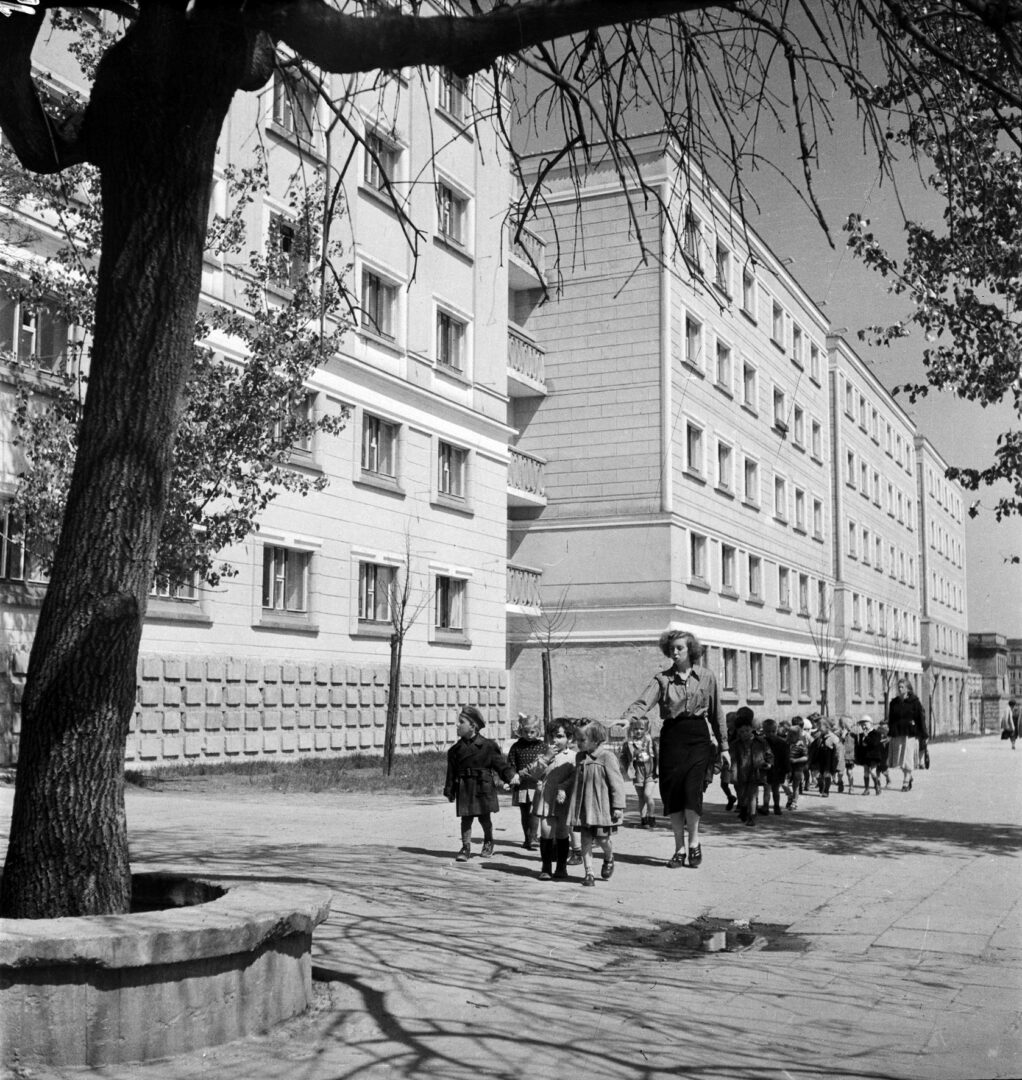 On a micro level, the exhibition also succeeds in mining little gems of information, for instance presenting the curious story of a historic Mirabelle tree, a potted history of the Inflancka estate (which rose partially in the area that the Germans once used to deport Jews to the gas chambers) and its seminal part in director Krzysztof Kieślowski’s Dekalog series, and the wacky story of the Miracle of Nowolipki (a moment in time when up to 10,000 people descended on St. Augustine’s Church to view the hovering figure of the Virgin Mary).

Neither skirting Muranów’s brief decline after the nation’s post-communist transformation, this is the story of how an area burdened by the tragedy of its past emerged from the wreckage to become a symbol of the future.