You know when Warsaw is in the middle of a craft beer revolution when even Muranów gets its own multi-tap bar – commonly seen as something of a black hole for nightlife (I should know, I’ve lived there for years), the opening of Hopsters is seismic indeed.

True, you get the idea they could have done a bit more with the interior: the design strategy doesn’t evolve beyond checkered floor tiles and tables and chairs. The tendency though is to overlook this. After all, any bar that goes to the trouble of fitting twenty taps deserves a bit of leeway. 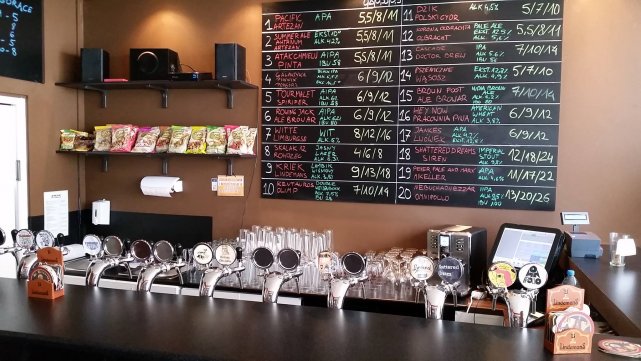 And fine things they are, these taps of theirs. There’s usually a couple of foreign guests on the day-to-day menu (Mikeller, Lindemans), but the main draw is undoubtedly from domestic brew houses like AleBrowar, Pinta and the irrepressible Artezan, not to mention rising stars such as Doctor Brew and Podgórz – I’ve heard a few beer geeks tipping the latter to finish 2014 as Brewery of the Year.

If you look carefully, you will find faults with Hopsters – for instance, the lack of an indoor smoking area (something their previous tenant, the Black Sheep bar, did have). But it’s picky and persnickety to go hard on this launch. The staff know their stuff, there’s plenty of seats and the prices are kept in check. And people-wise, it feels less nerdy than Chmielarnia and less trend-minded than say Kufle. As a result, it feels just right for the night – any night. Enjoy it… I certainly do.