It was at the start of September when I first wrote about Hopsters; the place had just opened and while I wasn’t Customer No. 1, I was Foreign Customer No. 1. Judging a place on one visit though – and one occurring literally minutes after a bar has just launched – is always a bit tricky so it feels only fair to give them a second look.

But it’s not just a second look I’ve had. Living mere minutes down the road, over the last few months Hopsters has become something of a home from home – the kind of place I visit for an after-office pint and a quick natter with the lads. However, it’s not just the geographical location that has made it a regular haunt, but the fact that’s it’s actually bloody good… 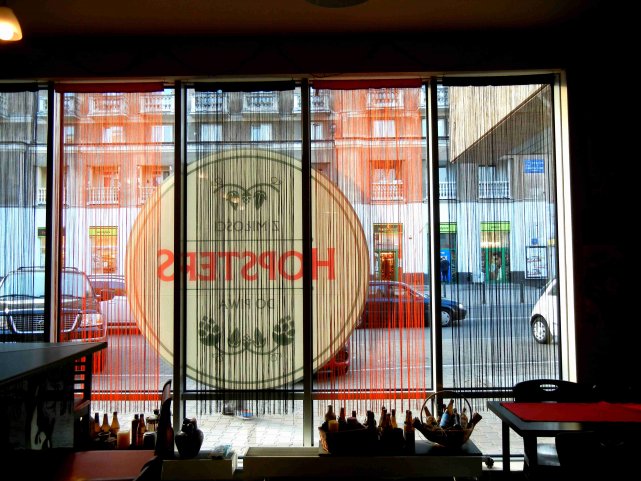 While the design doesn’t rock the boat (checkered floors, promotional beer posters), it’s a place that leaves the talking to the beer. Here that means 20 taps rotating primarily Polish breweries (from heavyweights like AleBrowar, Artezan and Pinta to smaller success stories such as Spirifer, Podziemie and Bednary), as well as a smattering of international options in the fridge – it’s here European powerhouses like Mikkeller are found.

With the competition so cutthroat it’s natural to measure Hopsters against the rest of the field. And true, other tap bars have more choice, others more food. But if you’re going to make comparisons then let this be said: few match the price points of Hopsters, and fewer still succeed in getting the atmosphere just right. You see, Hopsters isn’t a fashion statement, it’s not run for the benefit of people who skateboard to work or spend zł. 200 on styling their beard. It’s for normal people, people who like good beer in a nice space – it’s nothing more complex than that, and for that, it deserves applause.