Budka z Lodami
This innocuous wooden cabin has become a summer staple for Sunday Saska strollers. Natural ingredients and creative flavor combinations have installed it as a legend, and explain why choice diminishes come the end of the day.
Francuska 30 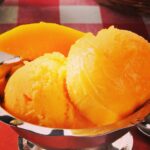 Ice cream season is on us, and as we learnt last summer, Warsaw has moved beyond the strawberry and vanilla stage of yesteryear. Now it’s all about exciting flavors like blueberry or chocolate and chili. Find both of the aforementioned in Fabryka, a parlor that prides itself on its natural ingredients and daily changing offer. Of the two locations, we prefer the Tamka operation.
Tamka 31 & ul. Marszałkowska 85

La Maison
The flavors aren’t the most experimental found in Warsaw, but we’ve yet to find a better strawberry ice cream in the city: it’s stuff that makes you go ‘wow’.
Chłodna 15

Limoni Canteri 1952
The Venetian-born owner thrives on experimentation in this artisan gelato stop, with traditional flavors matched by the inclusion of oddities that even include ice cream for your dog! An amazing place.
various locations, inc. Dąbrowskiego 1 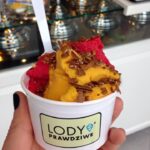 While the original on Świętokrzyska 30 is still alive, expect their new location to be the one that gets the crowds – big crowds. Priding themselves on the provenance of their ingredients, past picks from this artisan producer include Colombian coffee, Oreo and Madagascan vanilla. Others still swoon over their cherry choice, which remains quite possibly the Insider’s ice cream of the year!
Nowy Świat 22 & Świętokrzyska 30

Malinova
Some argue this is the best ice cream in the city, it’s certainly one of the most famous. Opened in 2001 – vintage by Warsaw standards – there’s an old-school feel to this cult classic.
Al. Niepodłegości 130 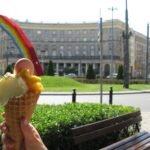 Ever since opening last year this hole-in-the-wall have come to be considered the best in the trade when it comes to natural ice cream. “It’s not good enough for an ice cream to be interesting,” says Mikołaj, one of the owners, “it has to be perfect – sure, creating crazy flavors is a good way to get publicity, but we prefer a different approach. We prefer to focus our energy on simply making great ice cream!”
Mokotowsa 12, ul. Żurawia 26, ul. Chmielna 26