foodie11 foodie news33 Powiśle127 street food54
Philly’s Finest As street food pleasures go, is there little finer than biting into the true taste of Philadelphia: the legendary cheesesteak. As the...

Famed for their dazzling array of food stops, and the depth of their international offer, join us for a look at three of Elektrownia Powiśle’s most heroic ethnic food points…

Philly’s Finest
As street food pleasures go, is there little finer than biting into the true taste of Philadelphia: the legendary cheesesteak. As the face behind Poland’s first dedicated cheesesteak stop, Alan Bohinski speaks about the glory of this delicacy… 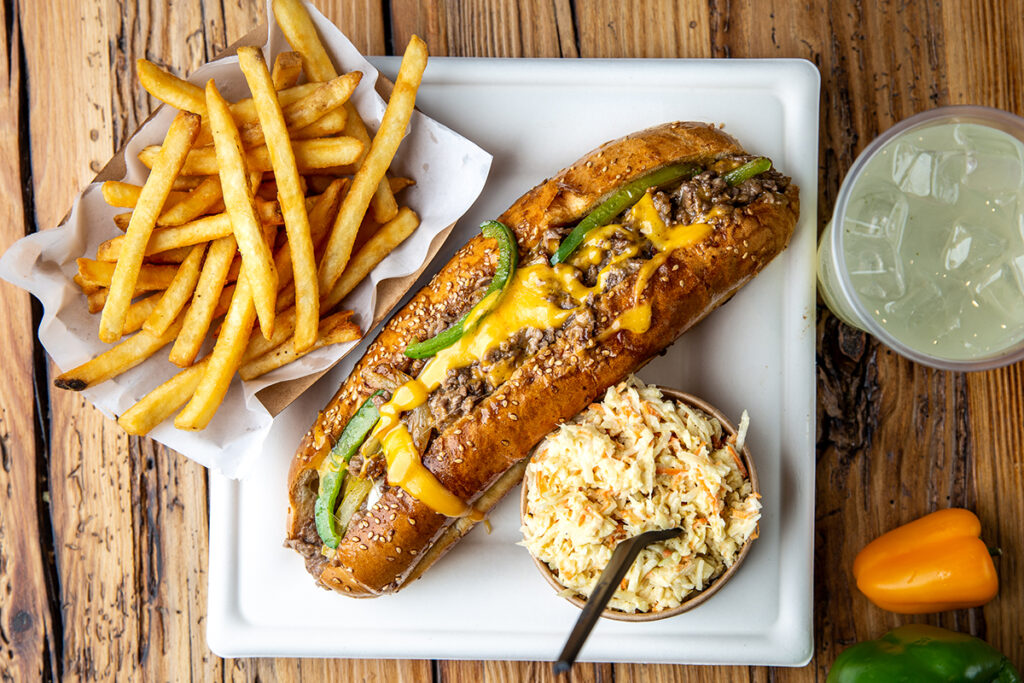 WI: What’s the MAGIC of the Philly Cheesesteak!
AB: Simplicity. The basic building block is the beef (and it’s gotta’ be thinly-sliced ribeye), oozy melted cheese (and lots of it!), grilled onion and a nice sub roll. Who doesn’t love that formula of beef, cheese, onion and bread!?

What makes the perfect cheesesteak?
As they say in Philly, TTP (Trust The Process). It’s about the right beef, the right cheese and the right bread. And NEVER under or over-grill the meat – thirty seconds the wrong way, and you’ve messed it up. Crucially, you then need to be able to consistently repeat all that over a hundred times a day. 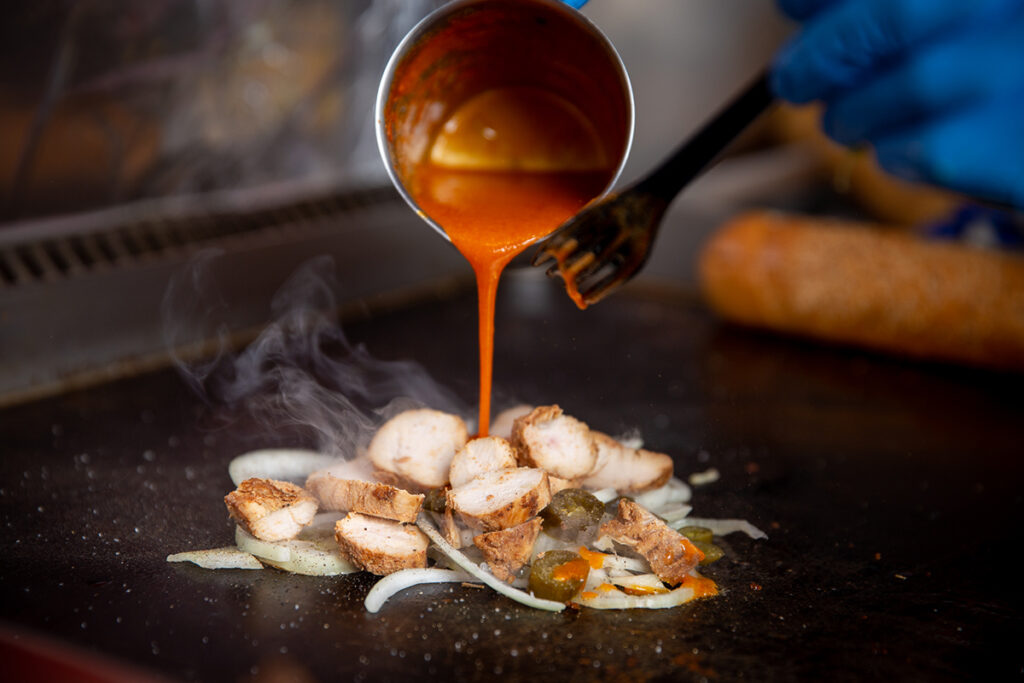 How do you eat yours?
My perfect cheesesteak is from John’s in South Philly: thinly-sliced then slightly chopped on the flattop grill and then served American Wit (i.e. with American cheese and onions). But there’s a hundred places in Philly doing a hundred different takes on the basic sandwich, so it’s all about personal preference.

Why Elektrownia Powiśle?
We did some catering outside during the 2018 World Cup whilst it was still a building site and received great feedback. We figured it was a good fit. On top of that, it’s a beautiful and visionary project, so where better to launch a unique, one-of-a-kind concept (Poland’s first dedicated cheesesteak operation) than here? It’s the perfect match. 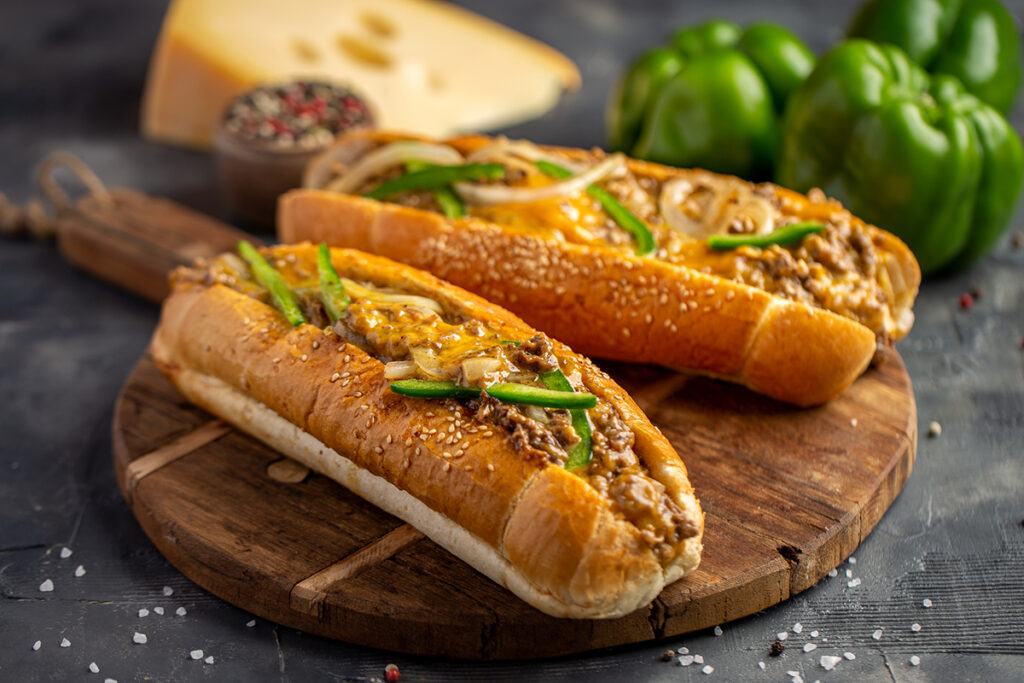 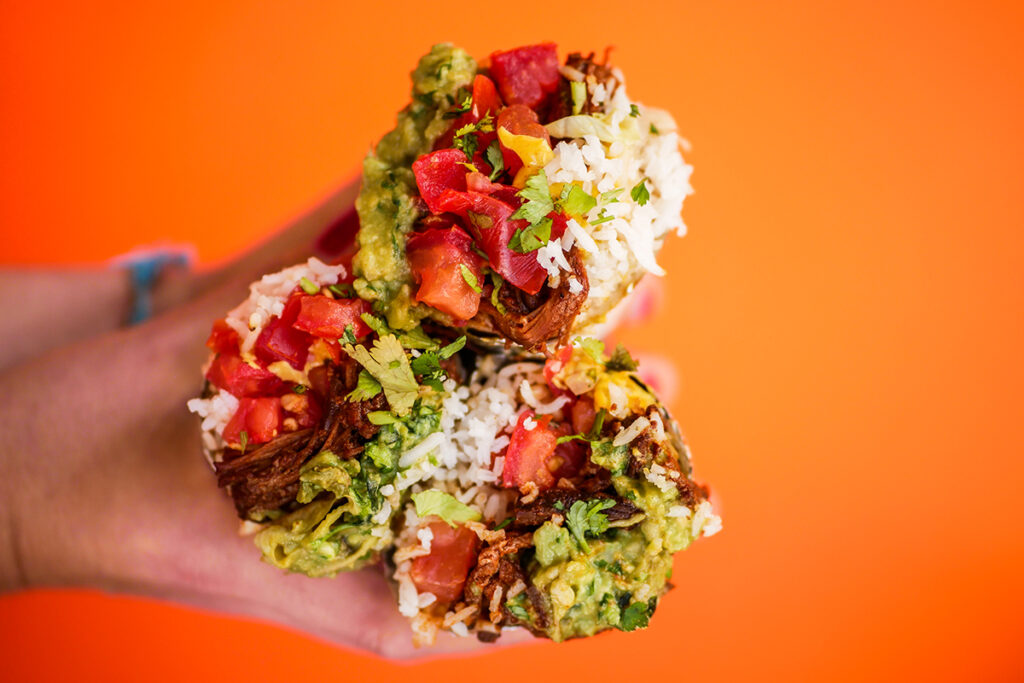 WI: Mission burritos – what makes ‘em special!
J&E: They benefit from being steamed rather than grilled so you get a much fluffier and warmer tortilla that can be served much faster (steaming takes 20 seconds as opposed to the three minutes it takes to grill). That makes a huge difference in high-volume kitchens.

What’s the vital element that every burrito needs?
First, everything that goes into it should be fresh and handmade – we do that. Then, you need the perfect meat – all our meat is slow-cooked which ensures it’s moist and easy to enjoy whether it’s inside a burrito or one of our burrito bowls. 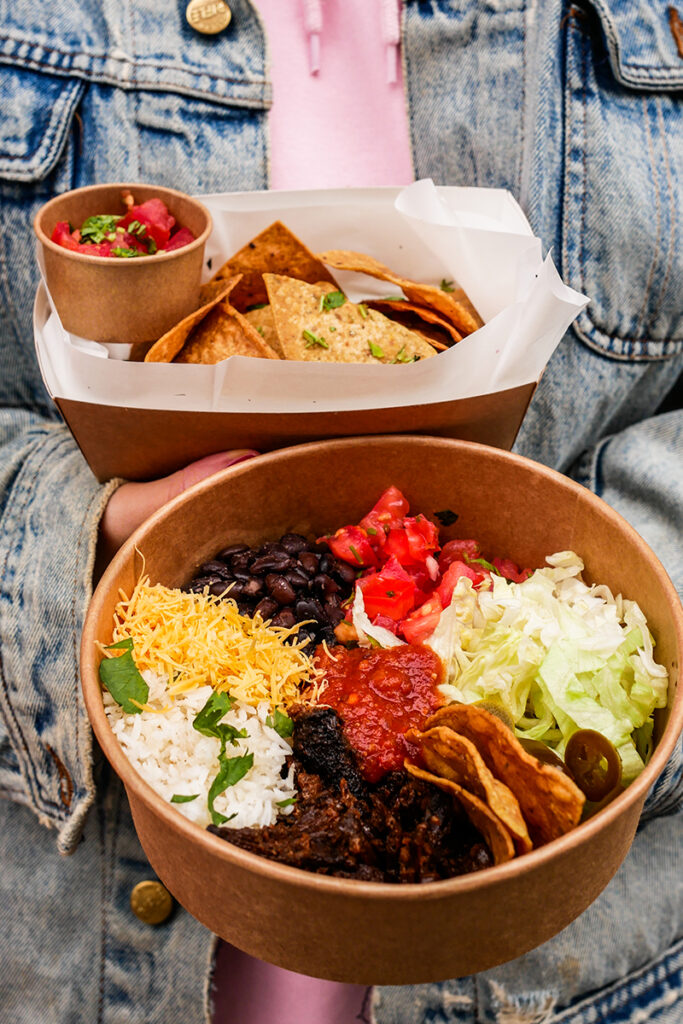 Tell us a MariCruz secret…
The one thing we really love is the #GIRLPOWER aspect. Our business is managed by a woman and our team are primarily female. We love that.

Why Elektrownia Powiśle?
We have no doubt that when everything is finished it’ll have one of the best collections of restaurants in the entire country. Then you’ve got to factor in its immense outdoor dining area as well its location close to the river, major offices, residential developments and A-class cultural institutions. 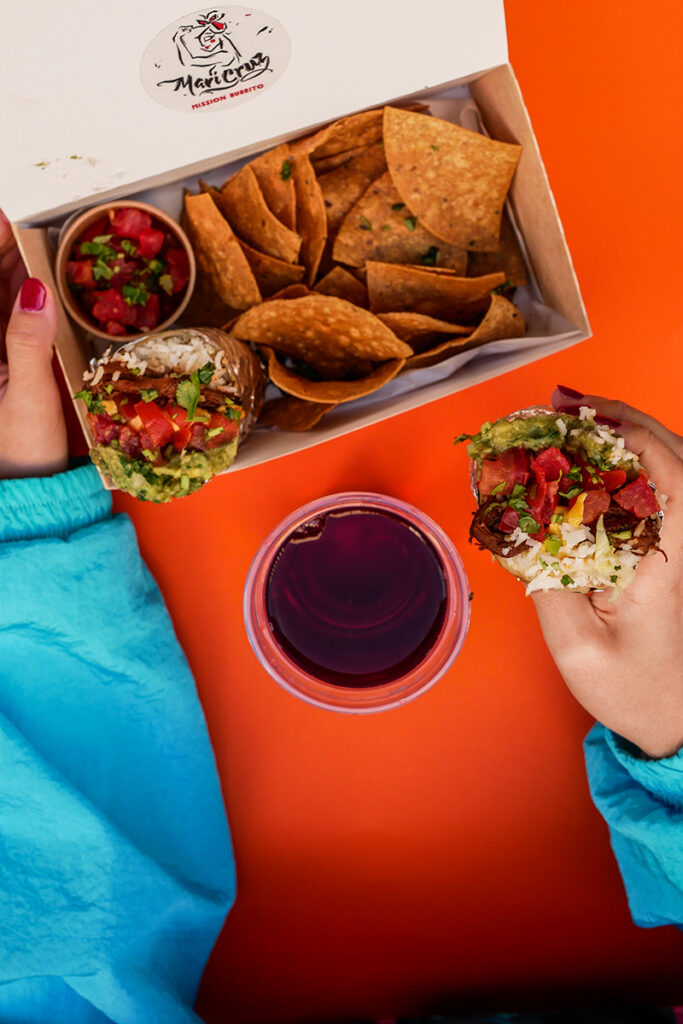 Uki Uki
Celebrated across the city, Maria Derbich of Uki Uki reveals the magic of the brand… 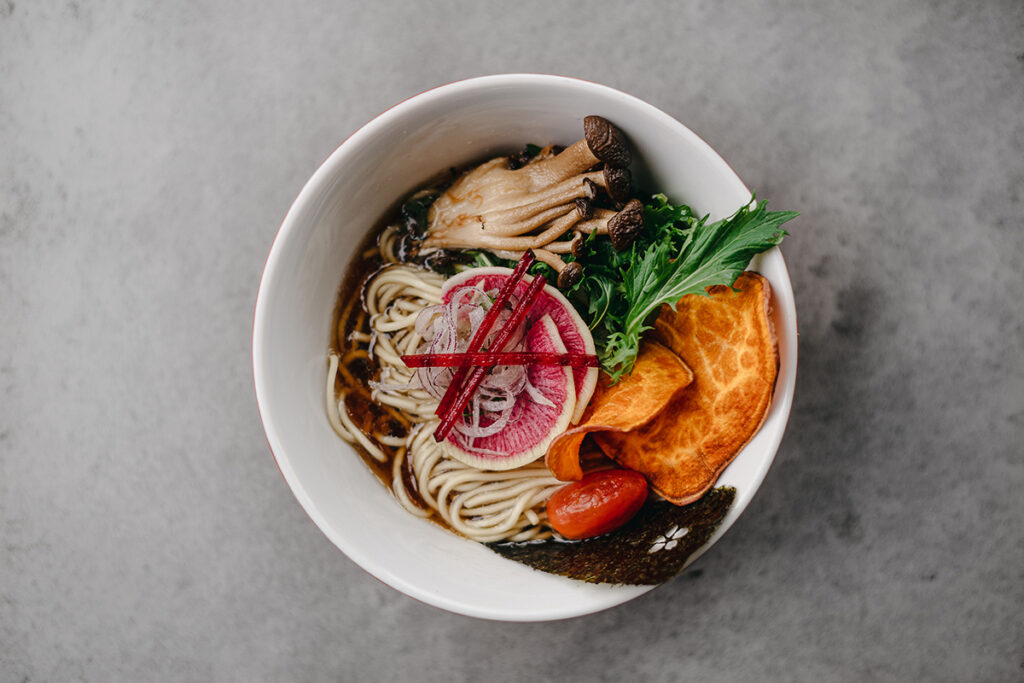 WI: Uki Uki is a legend! But why?
MD: We’re totally focused on Japanese tradition and flavors – you’re going to find dishes prepared in exactly the same way as Japan itself. That makes us popular not just with Poles, but Warsaw’s Japanese minority – I think that demonstrates how authentic we actually are.

What’s your order of choice?
Kyoto ramen – the balance it has between being sweet and salty is just outstanding. It’s creamy and full-flavored, and when you complete it with pork chashu and sous-vide chicken you get a simply brilliant dish.

Why Elektrownia Powiśle?
The choice of restaurants and shops makes it a really interesting destination, and I just love that they’ve kept the style of the former power station. It’s a great mix of design, quirky stores and delicious food – it’s impossible not to love it! 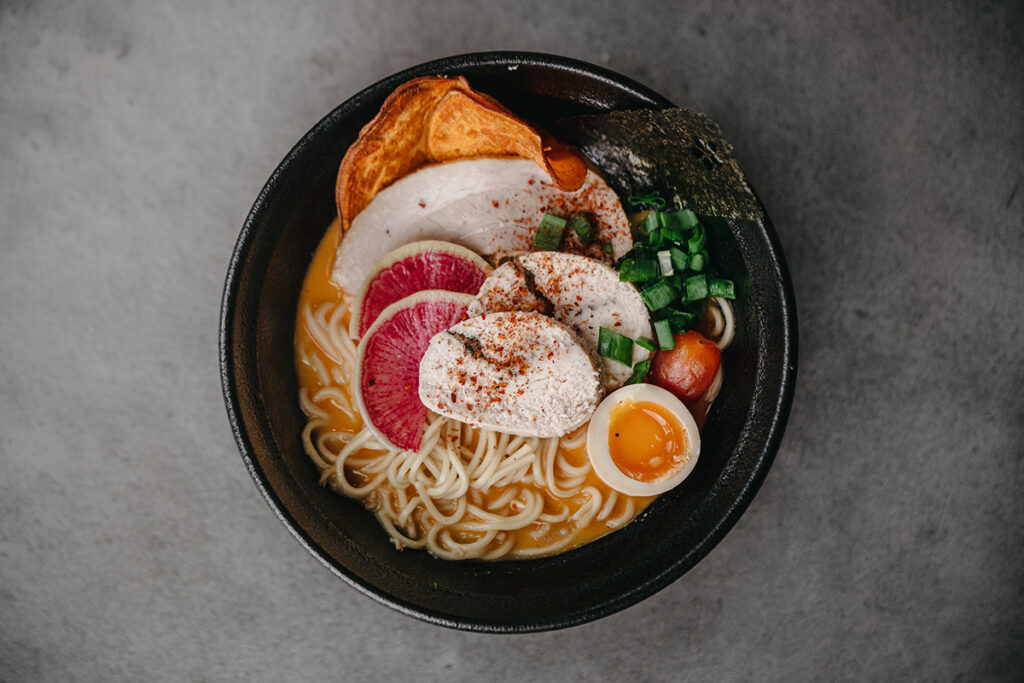 Elektrownia Powiśle
Where: ul. Dobra 42
Web: click me!
Insta: and me!