To some, the Nowy Świat pavilions are a last resort: an off-grid skid row stretch of bars. To others, they represent the very essence of Warsaw after dark. The truth is somewhere in between… BY ALEX WEBBER | PHOTOS BY ED WIGHT

And to think, to the untrained eye, it all looks so ordinary: pass Nowy Świat on any given night and it’s an entirely predictable affair – bored looking bus queues, business trip foreigners in tourist trap restaurants, and scented boys and girls making their way to the bars of Foksal. It’s a scene that repeats itself each night, and no matter how good looking the people, it soon becomes tiresome. Visit Nowy Świat a couple of times and you learn the meaning of Groundhog Day. So, to new arrivals, the narrow passageway on Nowy Świat 26 is like passing through the looking glass. All of a sudden, the refined, respectable Warsaw high street you’ve left behind is replaced by an alternative world of swirling smoke and cackling laughter. You have entered The Pavilions.

Looking jumbled and sounding chaotic, it takes a second or two to adjust. Or, more pertinently, a shot or two. And you’ll find these in abundance. Approximately twenty bars occupy a series of low-budget prefabricated cabins, presenting possibly the highest condensation of bars in the capital. 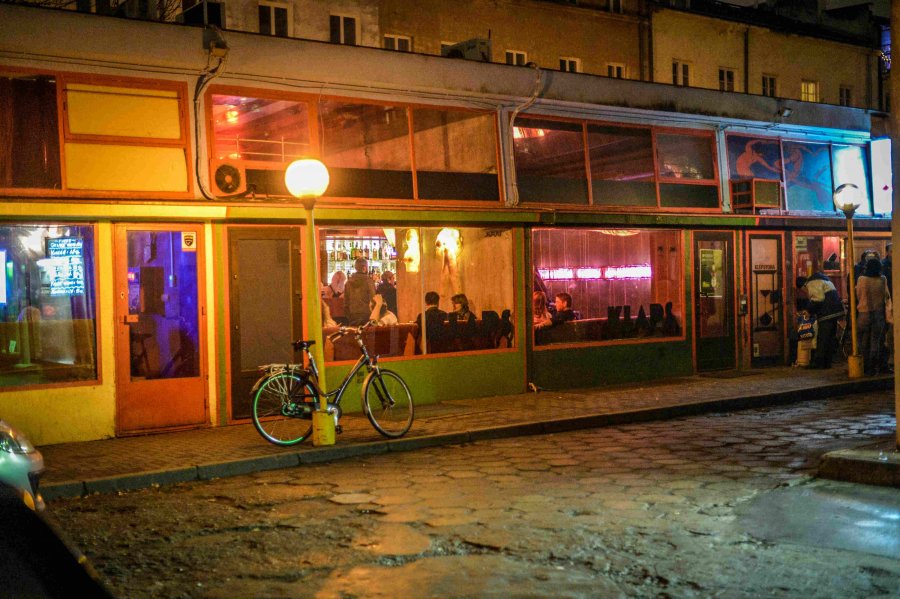 While, seen from a birds eye perspective, this collection of pavilions form an upside-down T-shape, from the ground they feel almost maze-like. Emanating a warm glow, reddish lights pour from the windows, glinting off the puddles that invariably collect in the shattered paving slabs. Adding to the gentle sense of confusion comes the realization that so many bars look the same – accessed through clattery, barred doors, visitors walk into what can only be described as murk. And the reason for that goes further than the thrifty attitude to lighting – many have sidestepped smoking regulations by reinventing themselves as sheesha bars.

But it is wrong to call these bars duplicates of each other. In Kafefajka, exiled Turks gather to play rackety dice games, scattering peanut shells on the floor while perched under sails that hang from the ceiling. There’s Kociarnia, with its cat motif, and PRL-themed Pewex – a DJ I recognize from my days getting spangled in Luzztro is mucking about on a set of decks downstairs. Or is that in the next door bar? In Fuego, meanwhile, I run into an old friend whose running the place along with a few Turkish mates. I haven’t seen him in years, and there’s bear hugs all round as he breaks out the shots. 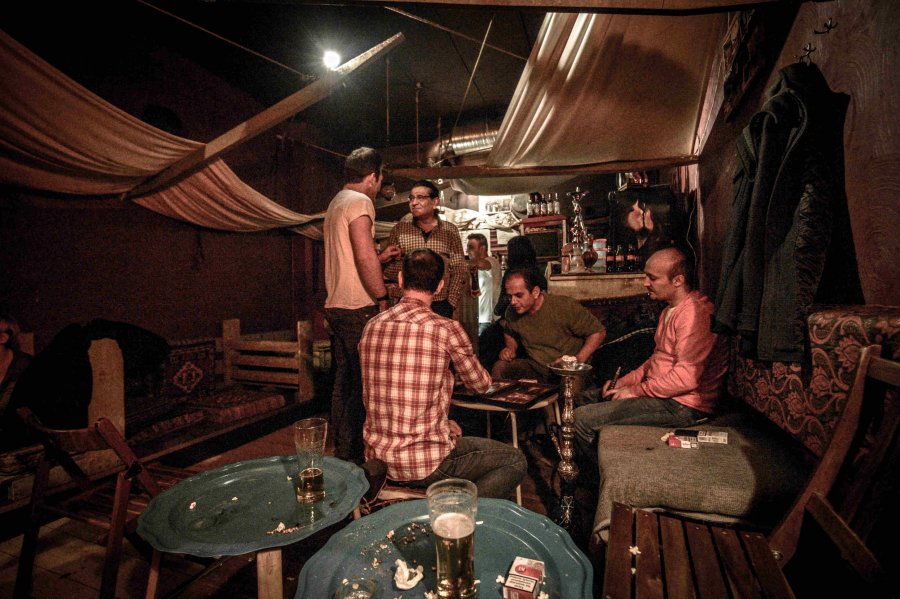 Yet for all these many quirks and eccentricities, it is the people who make it what it is. Everywhere we go, drinkers are accosting the photographer: what’s this for, where are you guys from, do you like it here… their openness is a rare find. And while it’s easy to write off the pavilions as a student zone, that would be a lazy conclusion to draw. Of course, it’s heavily slanted towards more youthful drinkers, but in truth it attracts just about anyone after a bleary night out: I think to the time I met a Polish veteran who talked misty-eyed about his Battle of Britain days. Or the Australian tea tycoon who would insist on conducting high powered meetings here and nowhere else – to my knowledge, his business went down the tubes, but he sure had a good time at those meetings. And that, I like to think, is the point of the pavilions. 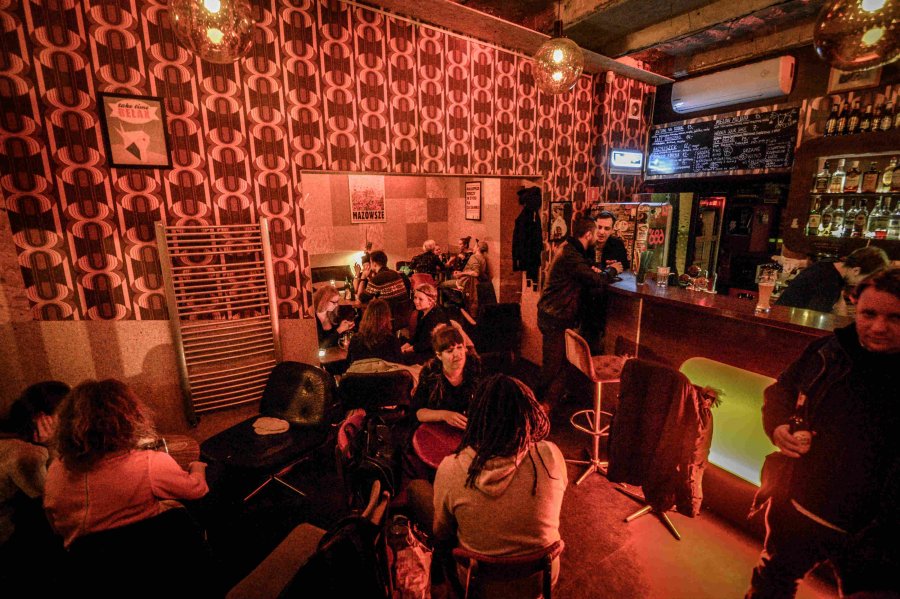