Inside Look: Powiśle By Night

As Warsaw remembers what it means to go out again, it is Powiśle that has most enthusiastically embraced the spirit of summer and led Warsaw to the party.

If once Powiśle was best known for its scattering of Bohemian dive bars that smacked of 90s Berlin, today it has evolved once more to cast off this more maverick aspect of its history and embrace a new approach to appeal to an audience far beyond student dropouts and wannabe’ DJs – and if evidence of such was needed, then it would be the riverfront that would be wheeled out in testament. 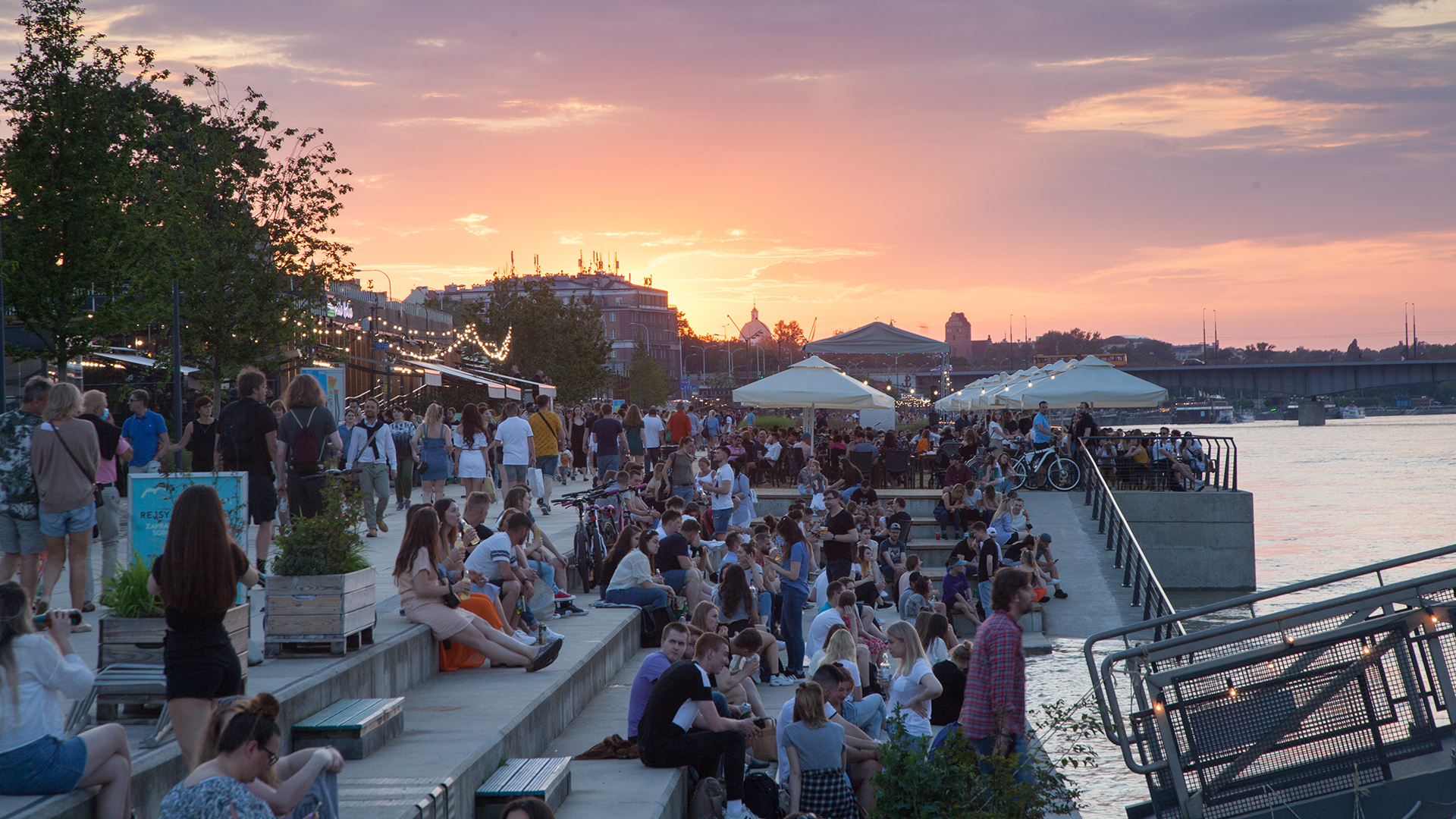 You’ll hear it before you reach it. Beginning from a distance as an amorphous din, it’s a noise that thereafter splinters into every possible identifiable direction: Ibiza-style dance tracks compete with buskers banging bongos and the general racket of thousands getting drunk. Yep, thousands. 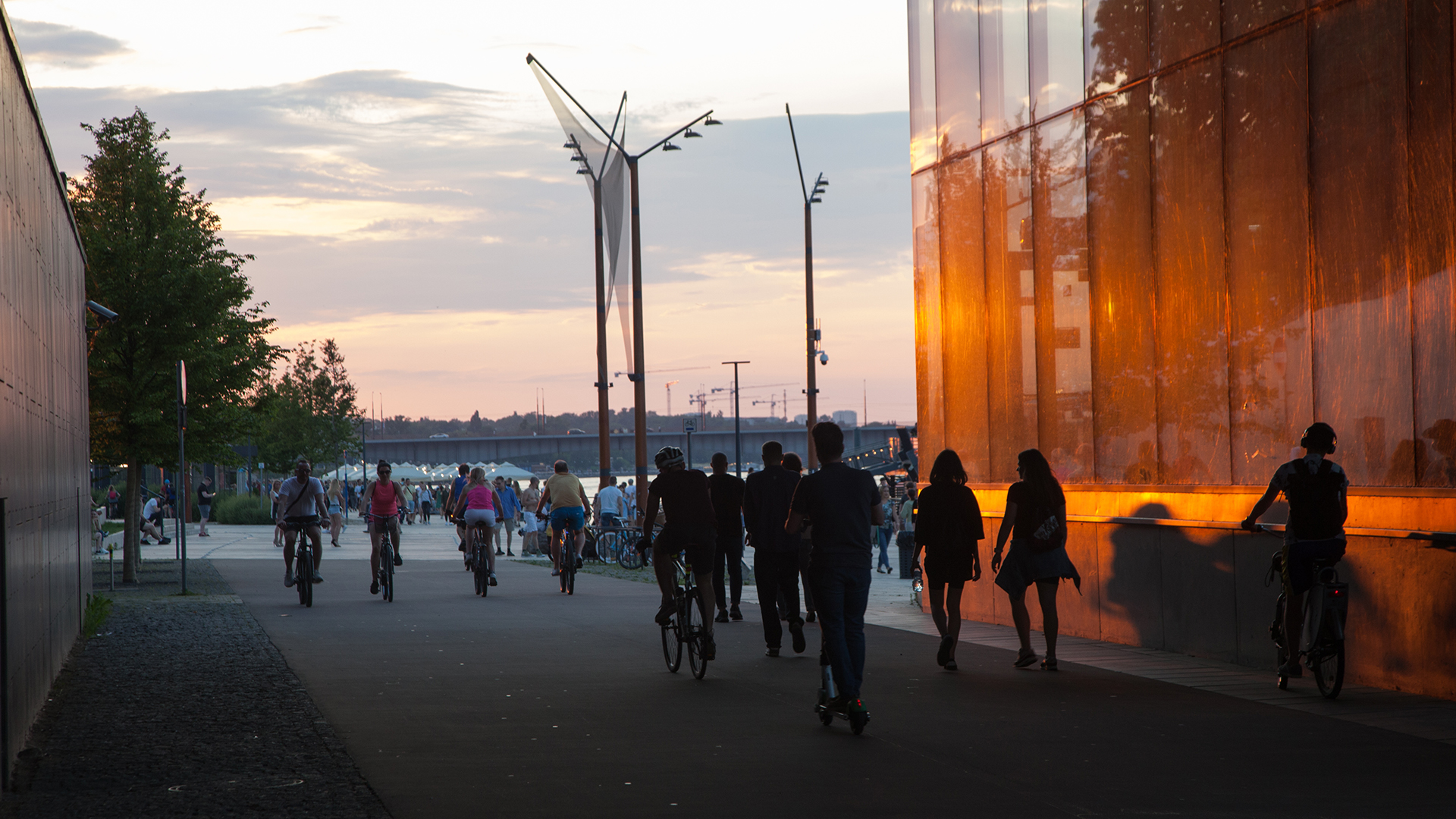 Fears that the pandemic would kill off Warsaw’s summer nightlife have proved unfounded; or at least, they have where the Wisła is concerned. While the bars in the center have struggled to keep their heads above the water, the riverfront has continued to act as the city’s unofficial summer HQ drawing vast crowds to its revamped boulevards. 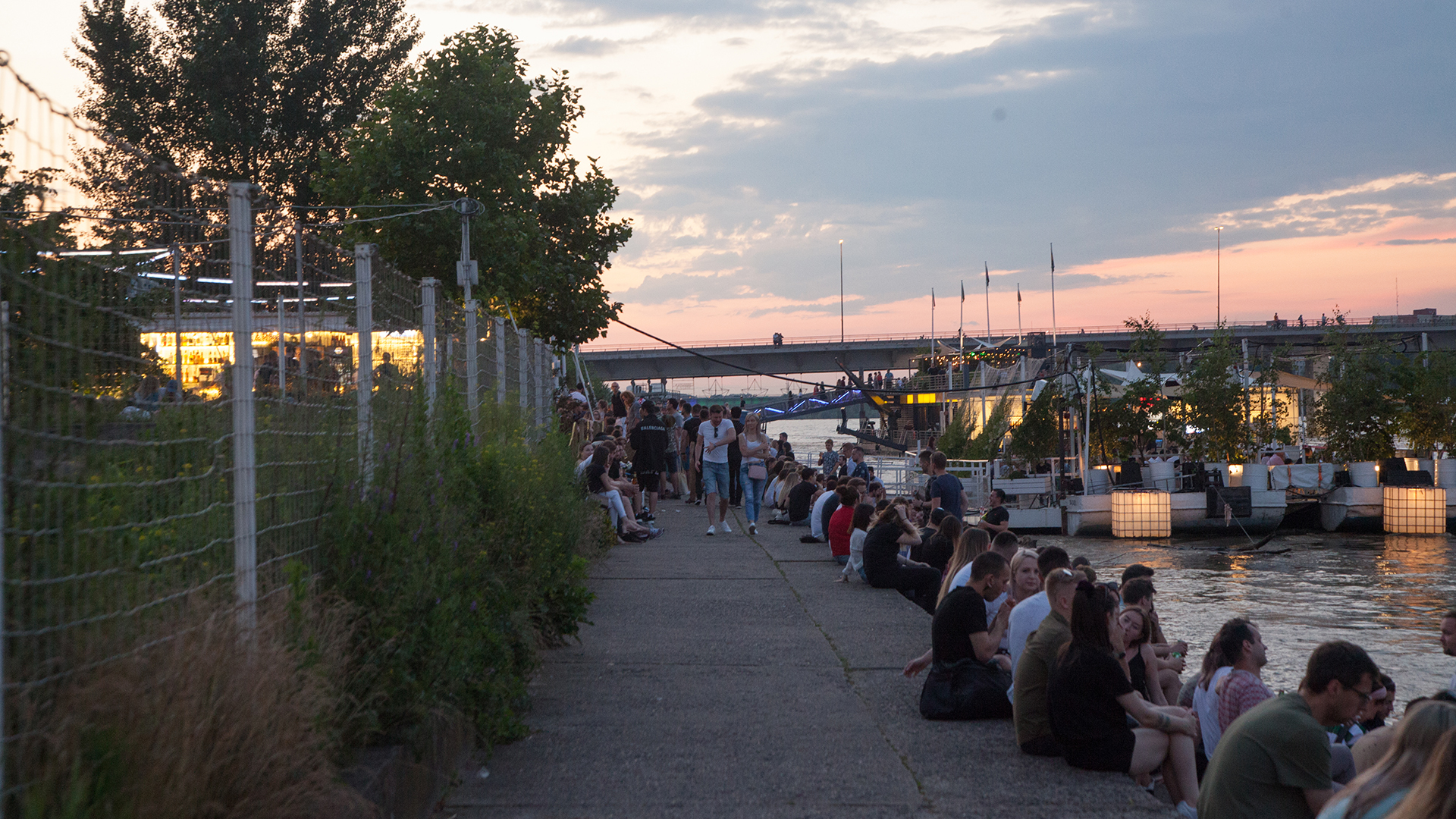 Once a slimy, muddy mess lined with rickety sheds selling plastics pints of watery lager to grunting goons, the revival of the Warsaw’s left bank has been cited as one of City Hall’s greatest triumphs in recent years. When, in 2016, The Guardian namechecked it as one of Europe’s hottest riverside scenes, it was seen as official confirmation of the project’s emphatic success. 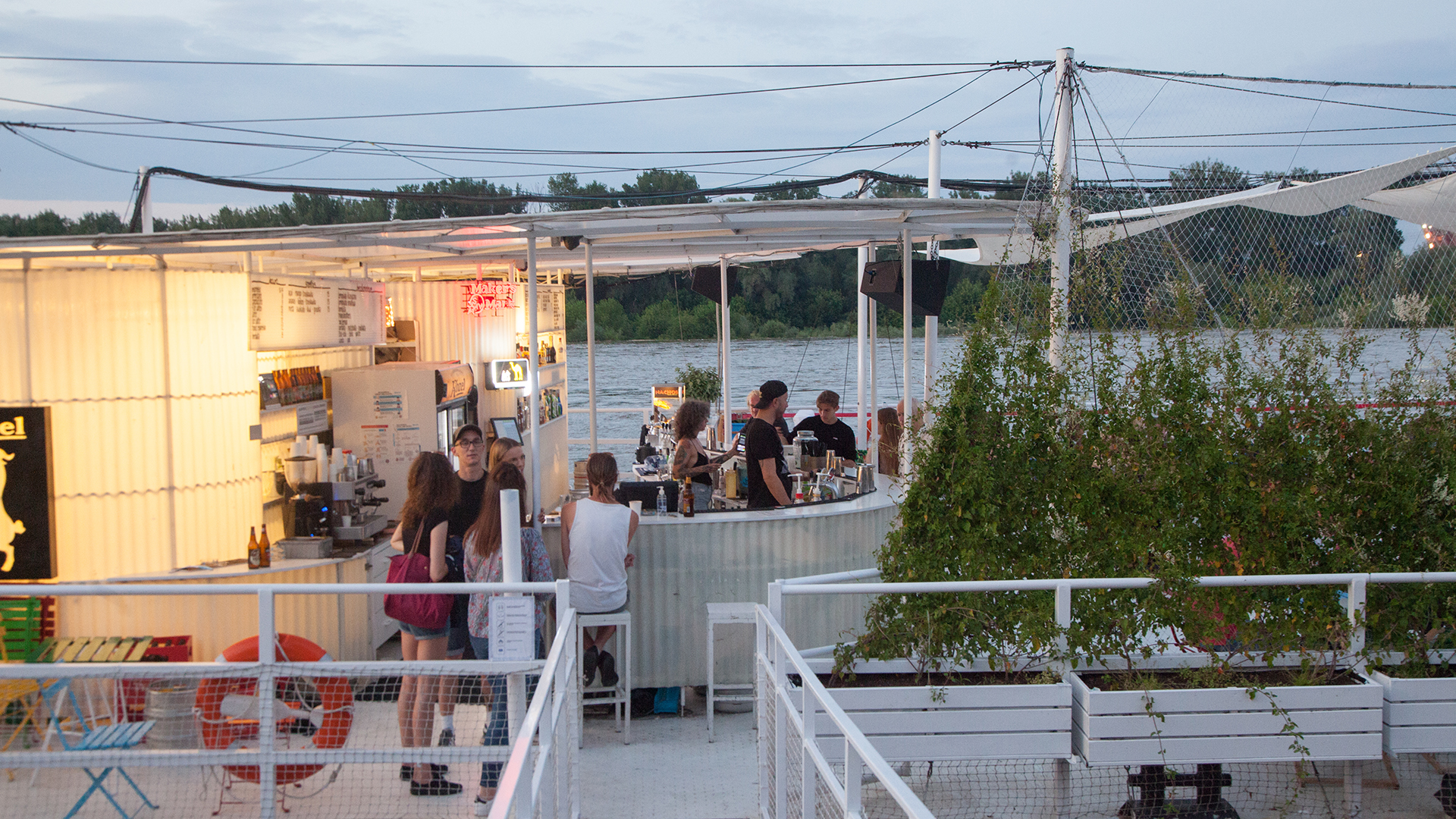 Originally overseen by the former mayor Hanna Gronkiewicz Waltz, the step-by-step redevelopment of the Wisła was by no means plain sailing. Delivered considerably behind schedule, numerous problems were encountered along the way, not least the flooding of Metro Centrum Nauki Kopernik whilst it was under construction. 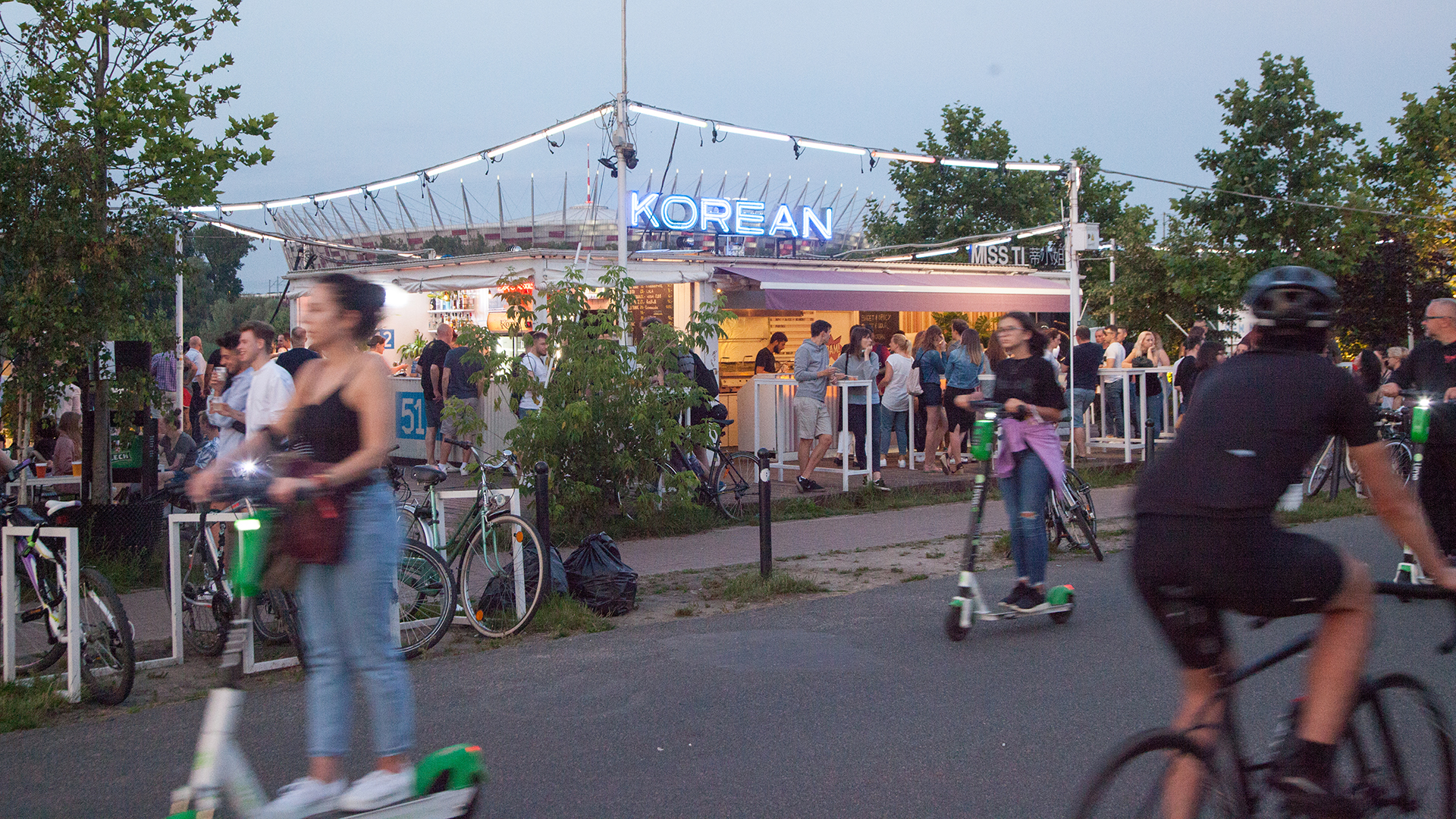 The hurdles and challenges, however, have all been worthwhile: reconnecting the Wisła to the rest of the city in both a physical and psychological way, the undertaking has been a triumph of governance and design, and though throbbing with activity during daytime, it is once the sun sets that the area truly moves up a gear. 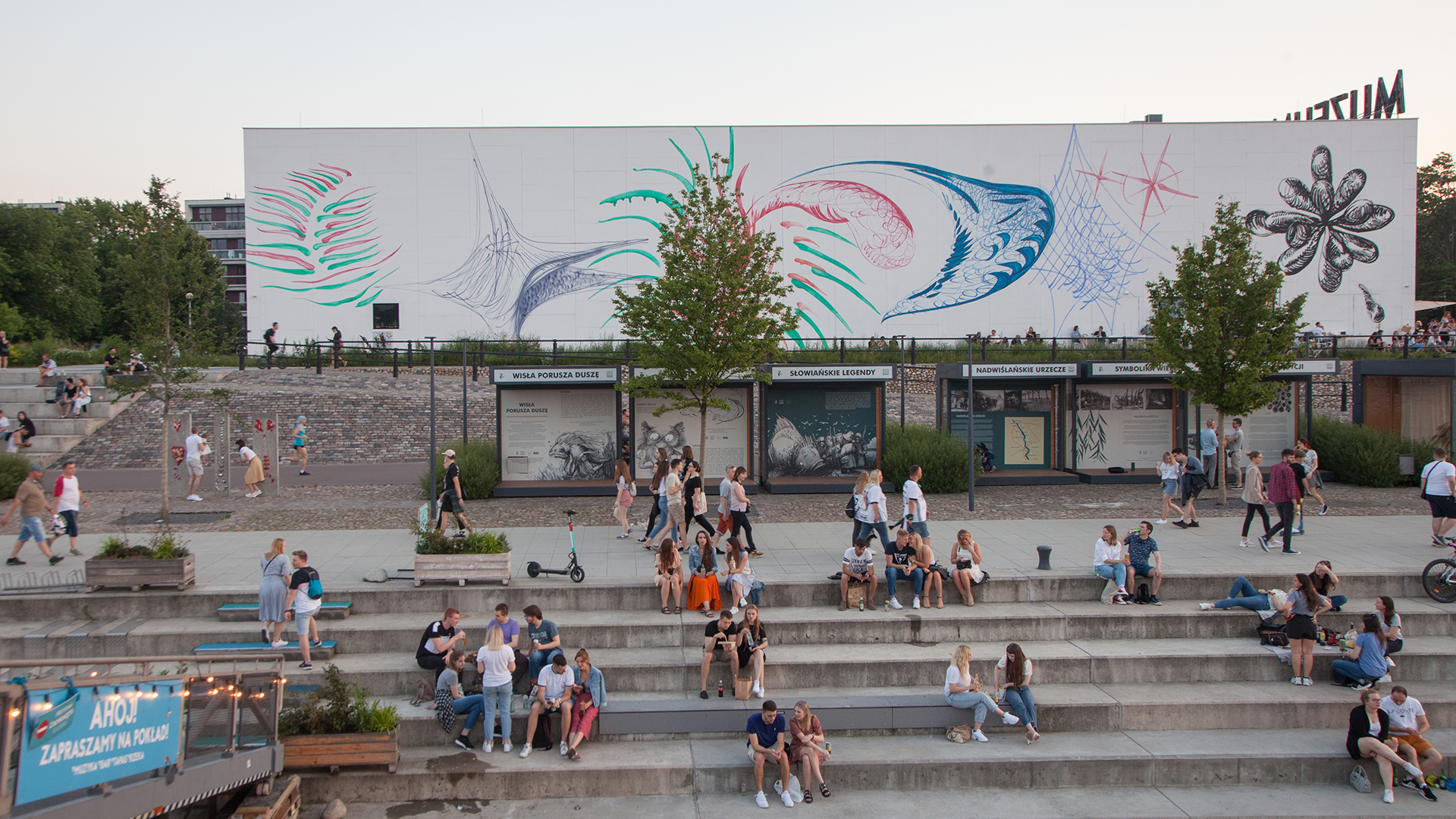 It is come dusk that the terraced steps of the riverfront boulevards are press-ganged into service by zillions of youngsters enthusiastically swigging from cans and passing around bottles; as they do, the music from dozens of competing sound systems merge into one to form a solid mass of thumping beats. Social distancing? Good luck enforcing that. 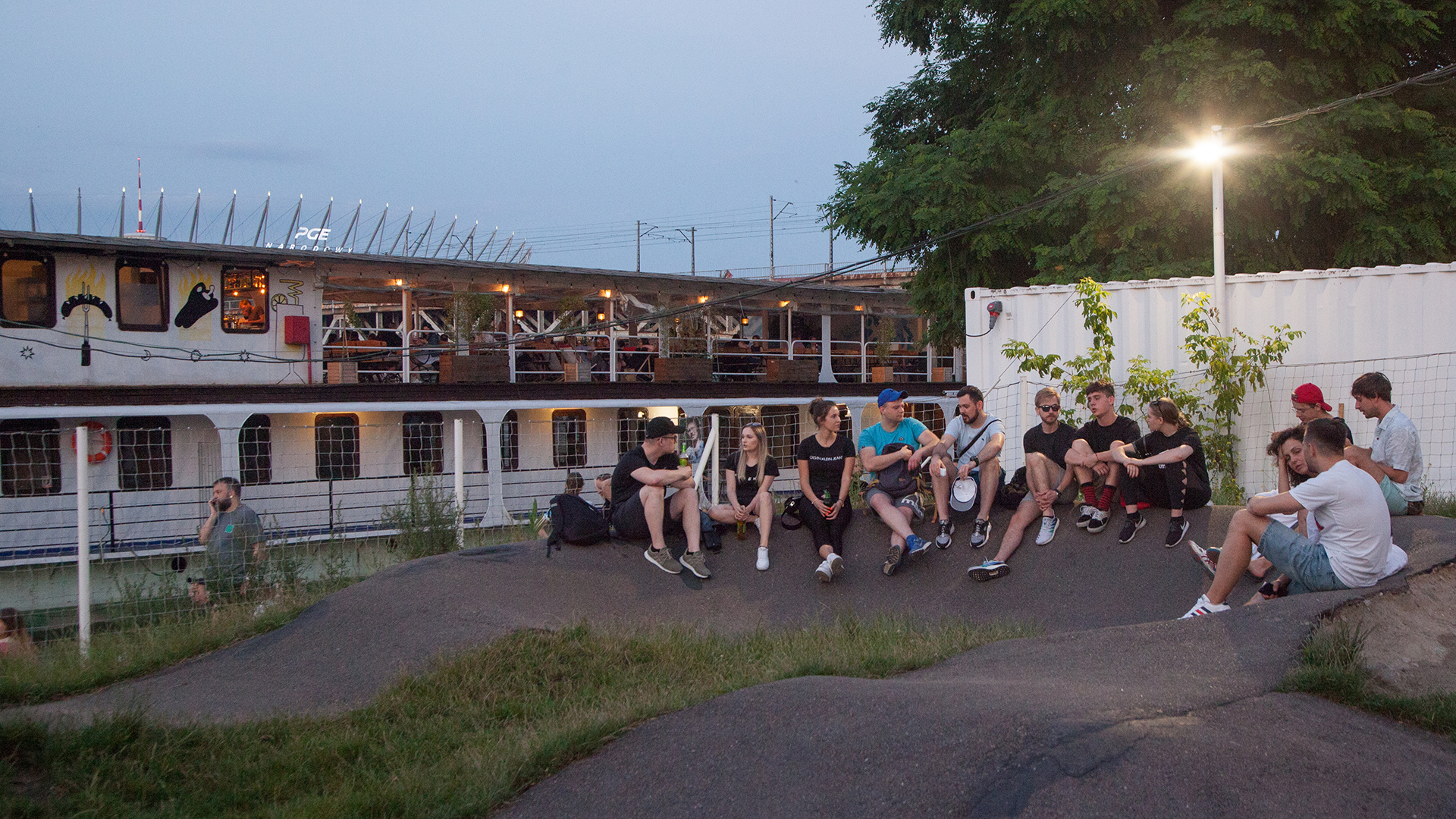 Alarming as that is, safer alternatives await on the boats that are moored to the embankments; across gangplanks visitors bounce their way to vessels such as Barka Wynurzenie, a craft beer barge specializing in brews from Raduga, or Przystań Nowa Fala, a slick-looking craft that outclasses all of the competition – life tastes good sitting on the deck with a cold glass of something and just the stars glinting above. 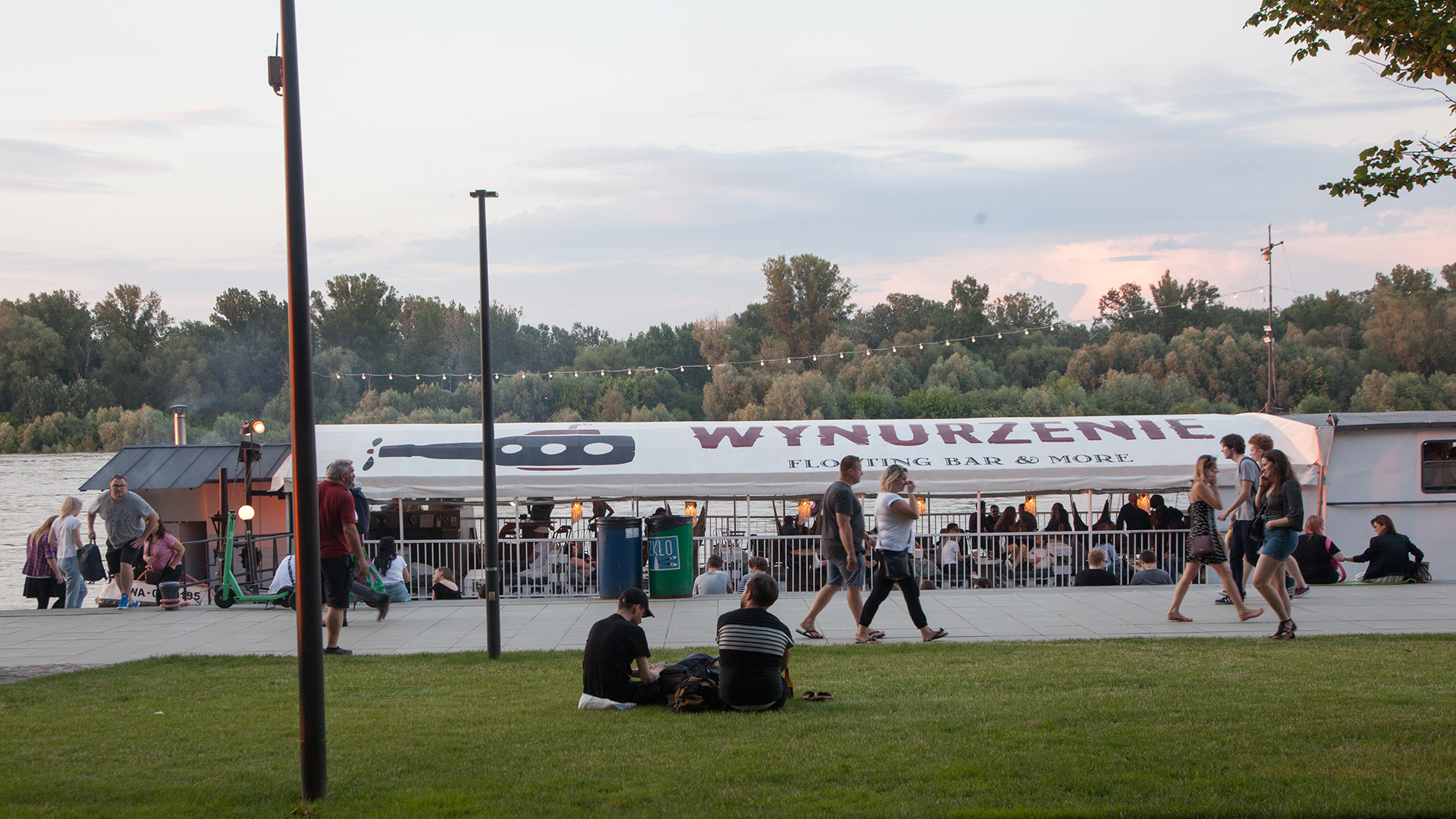 Powiśle, though, has become about more than just the river. Moving inland, this becomes apparent at the Elektrownia center. Moving past the people coiled out on the deckchairs outside, the food hall indoors opens out into a sea of neon signs and a sleek, manicured crowd posing for selfies over cocktails. And yes, drinks are every bit as important here as the food. 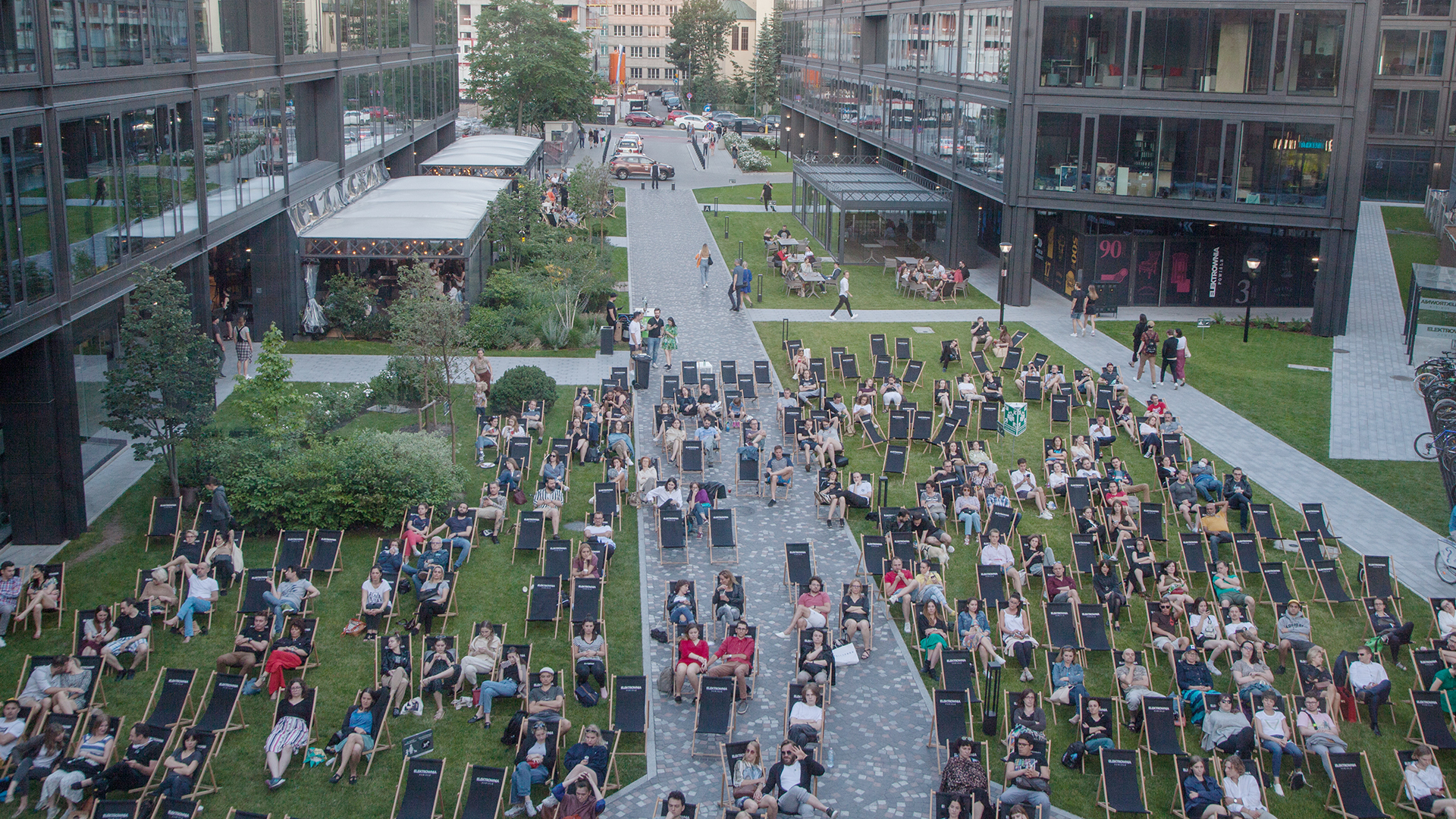 Having first filed past security that are there to enforce pandemic hygiene rules, guests then choose between a craft beer vending station or the two principle bars that bookend the complex: Centrala Bar at one end or the more cocktail-driven Kandela at the other. 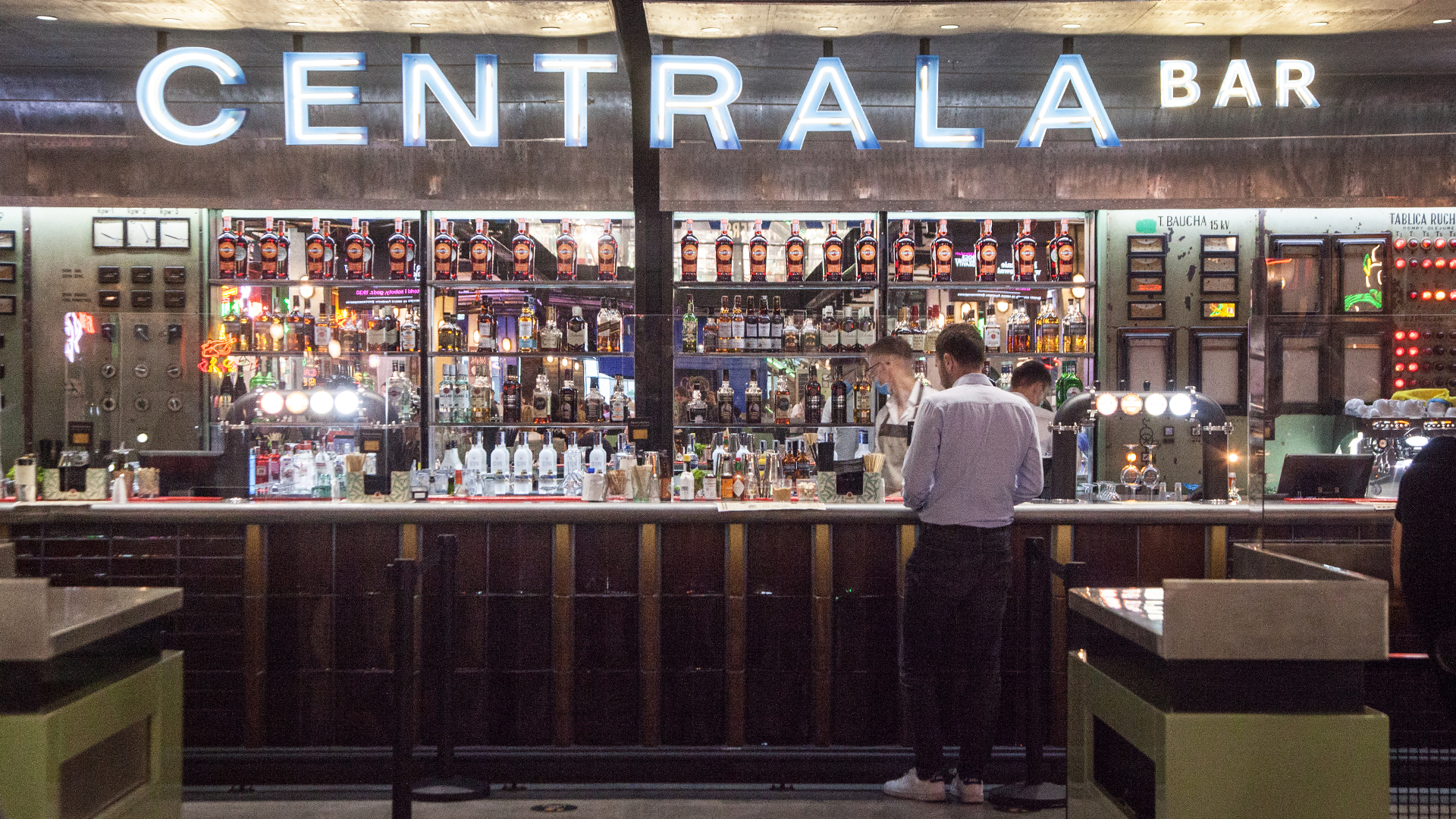 Yet while this has become Warsaw’s top check-in of the summer, more nocturnal candidates await beyond Elektrownia’s borders, with perhaps the Insider’s biggest nod going to Kufle i Kapsle at Solec 64. A throwback to the time when Powiśle was indy and upcoming and on the frontline of hip, KiK do it in a way that feels shabby, gritty but yet totally cool.

Riffing on themes of industrial and retro to maximum effect, as nice as it looks the reason for its custom is a little more liquid: on tap, find a fluctuating choice of 12 crazy beers sourced from the kind of breweries that make Poland seem progressive. On the craft front, no-one does it better than this legend in the making.