The icons of post-war modern Warsaw are being killed off – Super Sam, Stadion Dziesięciolecia, Kino Moskwa, hell, even the nation’s first McDonald’s. In the current climate of gentrification and progress there is no room for nostalgia. Or so you’d think.

Bucking the trend is Jaś & Małgosia, a small neighborhood bar that had been a Muranów fixture since the height of the PRL. Closed in 2011, and briefly replaced by an unwanted Italian venue, its recent resurrection – overseen by the team that once operated Grawitacja – has made nationwide news. 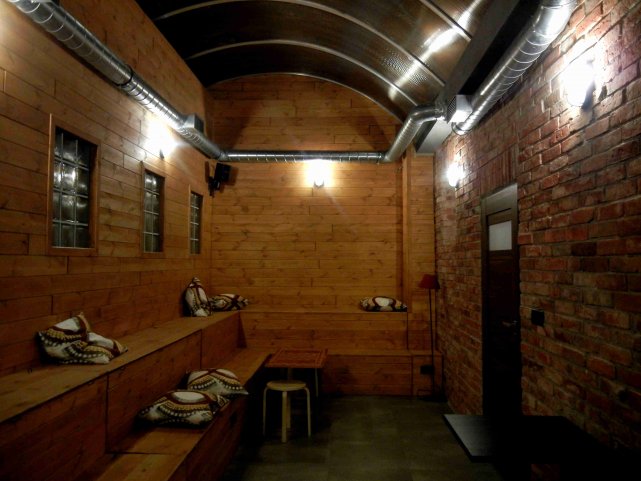 Of the changes, the most subtle concerns the name: the ‘i’ has been switched out for ‘&’. More noticeable to outsiders is an interior design that’s all concrete floors, brick walls and wall murals painted by local talents. In the back, a narrow room has been fitted with wooden benches reminiscent of a sauna, while a downstairs basement area is slated to open sometime soon.

The changes, however, have been sensitively conducted, something reflected by the unveiling (this coming Saturday) of a replica of the famed neon sign that once adorned the roof. Yet all these face value successes are outweighed by other factors: for instance, a menu that was apparently designed in collaboration with Aleksander Baron of Solec 44. 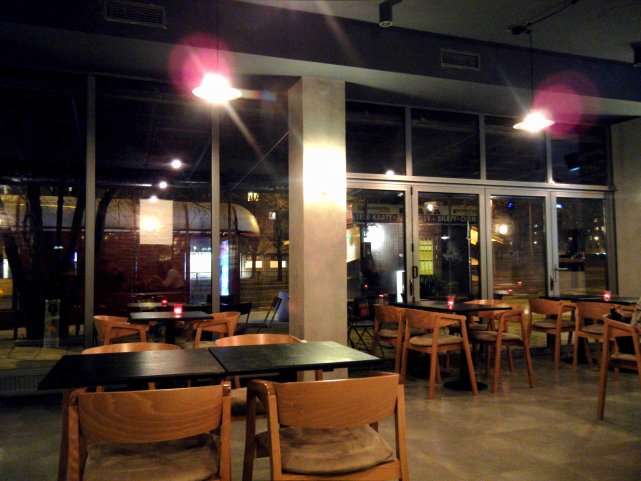 It’s a short affair, but one that emphasizes homemade qualities and all that is good about the Polish kitchen. Unglamorous and uncomplicated, this is food that makes you feel good on a grey, windy day – a velvety cream of potato soup; chicken kiev with mustard mashed potatoes; not to mention ‘Babcia Ania’s’ apple cake. 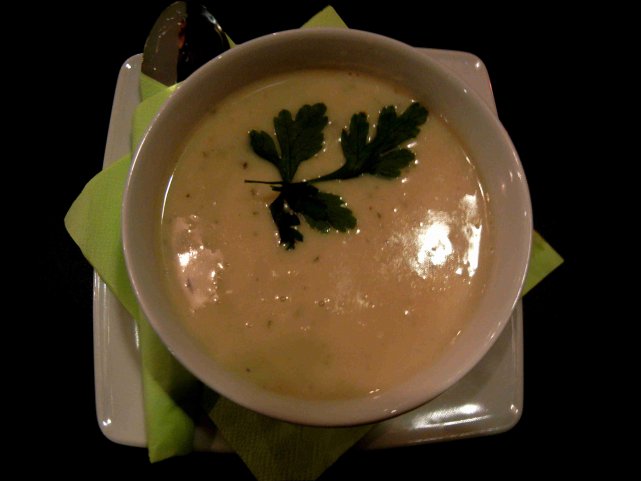 The portions are hefty in size and modest in price – a three course dinner for two will rarely exceed 80 złoty. And it’s all complimented by young, capable staff and an atmosphere that appeals to both young and old: bearded lumbersexuals co-exist happily alongside golden oldies reliving their past. This openness and attitude is a fresh sensation, and amply aided by some quirky beers. Opened a few days ago, to label it an instant legend would be unfair to all – but life isn’t fair. The revival of this spot has seen a legend reborn. Jaś & Małgosia: it’s so good to see you…