Locked out of the building that has served as their home since 1970, actors from Warsaw’s Teatr Żydowski have refused to be cowed and retaliated in the best way they know how: through raising awareness of their plight by performing for free on Pl. Grzybowski. 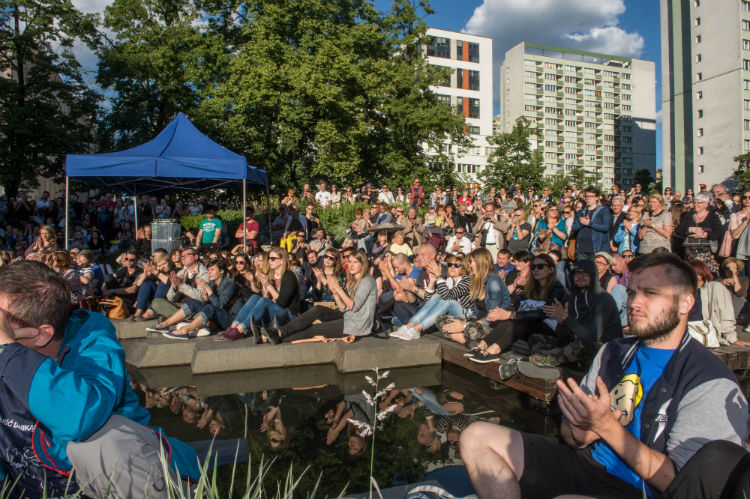 Formed in 1950, the theatre is cited as one of the only Yiddish theatres in the world; in spite of this, it now finds its very survival under threat. Sold by the Socio-cultural Association of Jews in Poland (TSKŻ) to real estate giants Ghelamco last year, the property developer revealed plans to build a new 30-floor skyscraper on the plot. 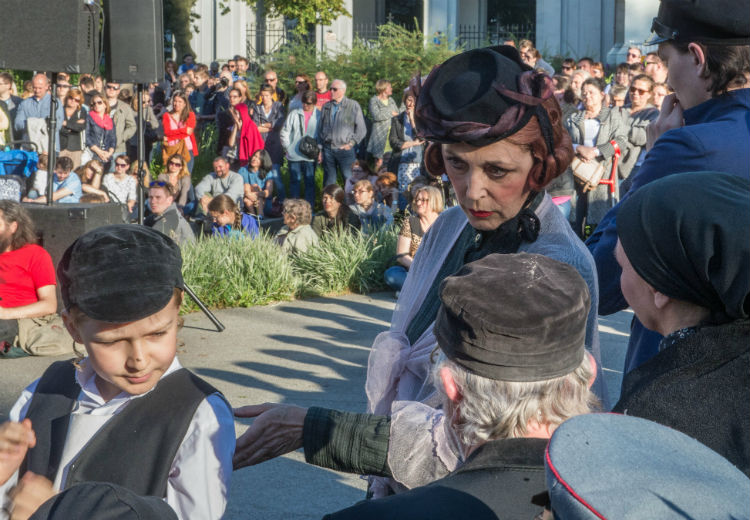 But while the future development of the plot has never been in doubt, the Jewish community has been infuriated by Ghelamco’s decision to rehouse them elsewhere after initial promises that the new project would be built with space specifically earmarked for the theatre – all this in spite of a notarial deed that states a Jewish theatre must always exist in its current spot. 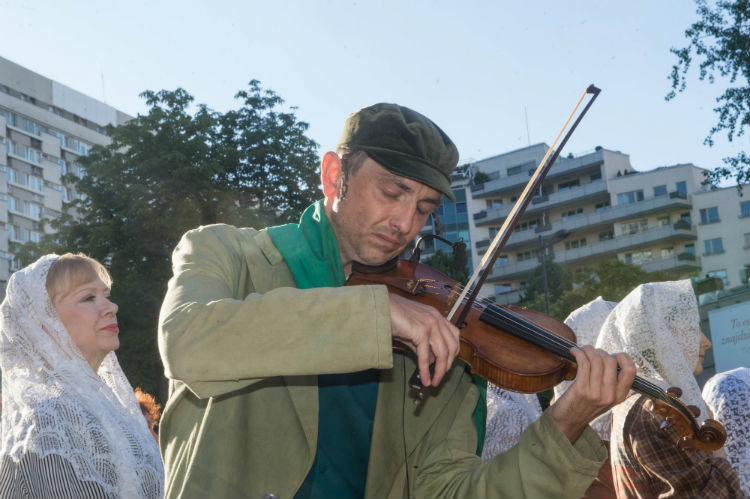 Matters came to a head on Thursday when Ghelamco blocked access to the building citing safety concerns. Describing the situation as the gravest the theatre has ever faced, director Golda Tencer has pledged to fight back: “The law is on our side. We are the heirs of those who before the war walked here on the square, who played in Yiddish. We are one of a few theatres in the world playing in Yiddish. Here are the spirits of our ancestors.” 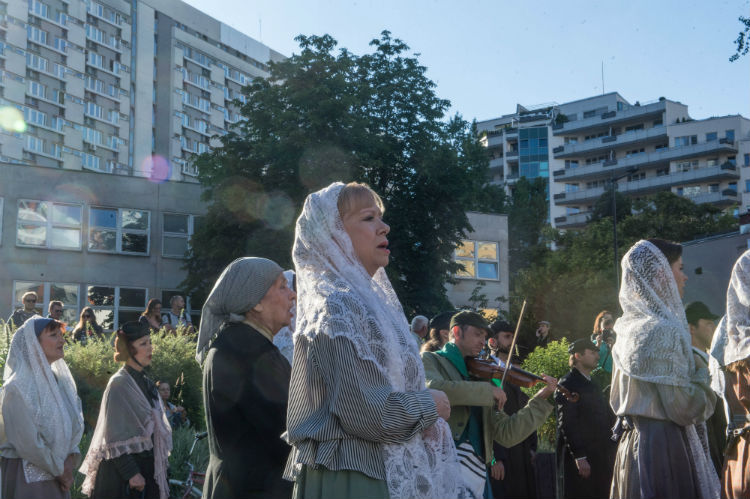 Riding a crest of public support, for the last three nights the theatre has performed Fiddler on the Roof outside amid the greenery and water features of Pl. Grzybowski. Attracting audiences of several hundred, their message has been loud and clear: here is a theatre that will not bow to the whims of real estate Gods.