It’s been six years since I swapped my expat compound on Łucka for the grey, grimness of Muranów, and I don’t think a day has passed since that I haven’t bemoaned the area’s culinary coma. Now, almost without warning, the whole district has been jumpstarted by some intelligent property developments and the consequences have been huge. Take the Gdański Business Center, a network of polished office towers centered around a pristine piazza. It’s here, at the very axis of this new corpo center, one finds Joseph’s Bistro & Wine.

Born in Botswana, and schooled at the venerable Westminster College, chef Joseph Seeletso has gone on to achieve considerable fame both in Poland and abroad. Reminders of that are present by way of a batch of his cookbooks that stand by the entrance, but if one suspects that his larger-than-life character is just for the cameras then you’re immediately proved wrong. 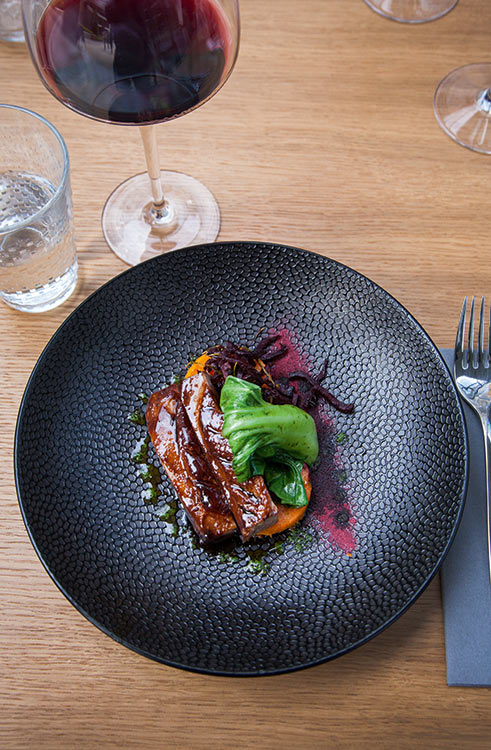 Within minutes of arriving the chef has stopped tableside to talk topics covering everything from the pickpockets of Barcelona to the merits of Munich Airport. It’s hilarious. But there’s also talk of cooking: “I’ve grown-up a lot,” he confesses, “you can see that with the menu – international dishes made with local ingredients and an exotic twist. Yet there’s Nordic influences as well, my cooking is much more minimalistic now and even the interiors reflect that.” 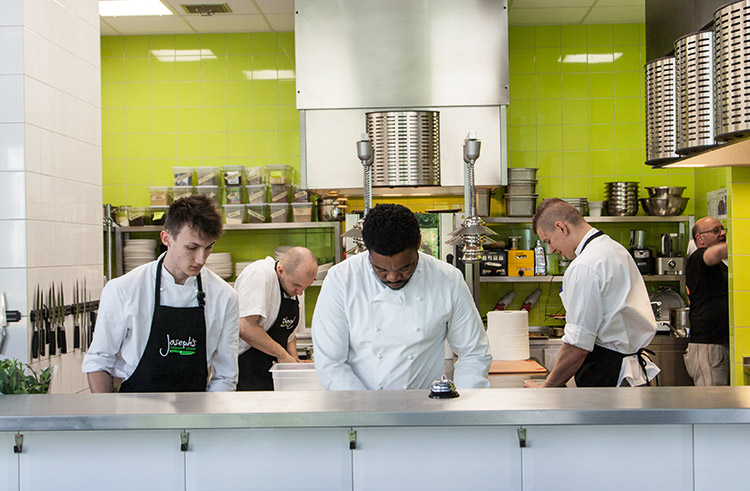 You can see his point: the venue is spacious and smooth on the eye; from behind a white-tiled bar, chefs work in an open kitchen with a quiet sense of purpose. It has the feel of a place where good things happen, and indeed they do. For starters there’s a visually enticing tuna tartar with a reduced beetroot sauce; almost evangelical about their wine, we take the advice that’s on-hand and twin it with a Spanish Sauvignon Blanc that pushes the freshness of the tuna and the spice of the ginger. There’s also gherkin with rhubarb and cheese, a dish that sounds dangerously misbegotten and something of a risk. It’s frankly remarkable with all sorts of tastes popping out thanks to a marinade that involves passionfruit, chili, vinegar and maple syrup. 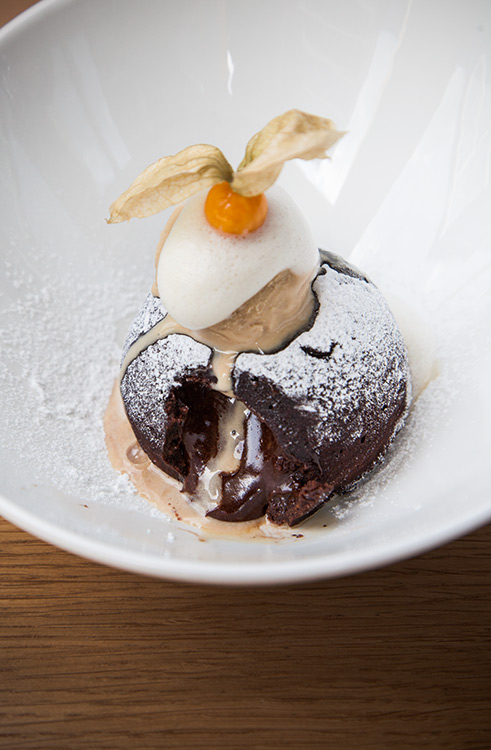 As a main, the duck breast is a simple thing of beauty and given extra vigor with a star anise demi-glace. The almost plum-like taste of the wine, a South African Merlot Cabernet Sauvignon, plays well with the course and it’s with glorious greed I leave the plate unblemished. A chocolate gateau with garlic sauce and toffee ice cream provides a flawless finish that combines the hot with the cold. I’m impressed, and in the process I’ve also impressed the photographer. “I’ve noticed something about you,” he observes in the cab after, “the more you like something the less you talk.” This meal, I realize, I’ve kept more or less mute.